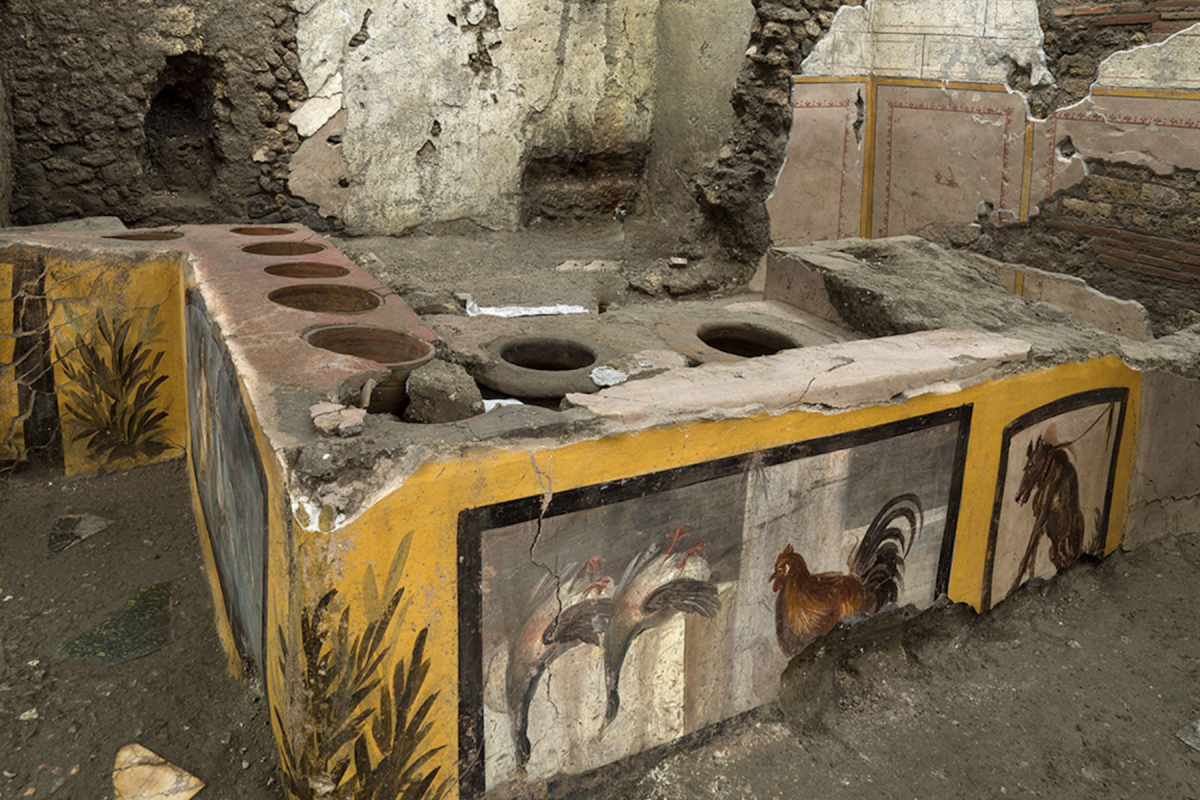 We think of fast food as being a modern invention, but the reality is that restauranters have been serving quick, easy and cheap food for people on the go for thousands of years.

One ancient society where fast food thrived was the Ancient Roman Empire. Fast food or street food was an absolute necessity for poor urban Ancient Romans, whose basic tenement homes did not have ovens or hearths, making cooking at home a challenge.

But despite the Roman Empire’s prominence, surprisingly little historical evidence remains around the sort of foods Ancient Romans ate, as well as the sort of eateries they frequented – which makes this discovery all the more valuable.

“An ancient Roman fast food counter that was unearthed in Pompeii last year will open to the public almost 2000 years after the catastrophic volcanic eruption that destroyed the city,” news.com.au relates. 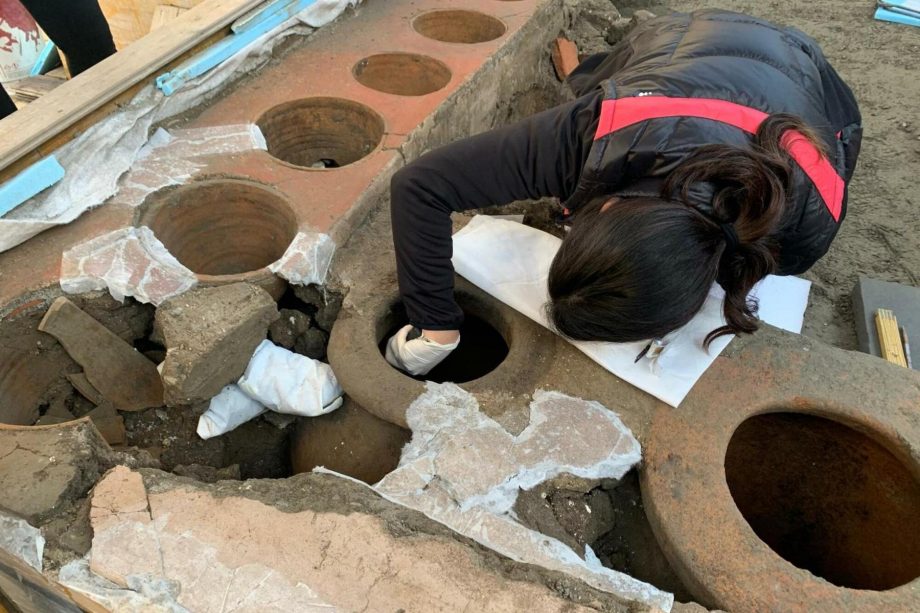 An archeologist carefully unearthing the thermopolium’s counter in 2020. Image: Archeological Park of Pompeii

“The ‘thermopolium’, which is Latin for ‘hot-drink counter’ and similar to a modern-day takeaway shop, was discovered under tonnes of volcanic ash in the Pompeii archaeological park in December,”

“Before Pompeii was destroyed in the eruption of Mount Vesuvius in the year 79, the counter was used to serve pork, fish, beef, snails and other traditional Roman dishes to diners.”

“Colourful frescoes on the well-preserved counter show the animals that would have been on offer, typically grilled or roasted, and traces of food in earthenware pots were also found at the site.”

RELATED: Australian Winemaker Creates Vintage Drop Even The Ancient Romans Would Be Impressed By

It’s striking just how well-preserved these frescos are, with their colourful artwork not too far removed from what you might find hung up on the walls of a modern Italian restaurant. These frescos would have been essential for the thermopolium, as most of their clientele would likely have been illiterate – so they act as a sort of menu.

It’s also surprising that discoveries of this magnitude are still being uncovered in Pompeii, so many years after the eruption as well as decades after the first systematic scientific excavations of the buried city in the 1920s. 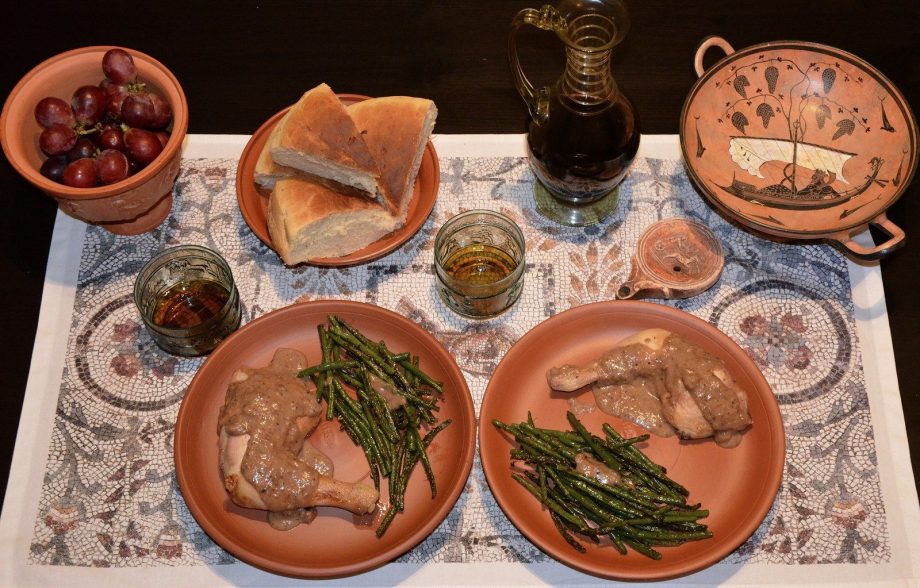 A recreation of a typical Ancient Roman meal. White meat like the poultry prepared here would have been a particular luxury. Image: Pinterest

It would have been fairly basic without a lot of spices or ingredients commonly associated with Italian cuisine (vegetables like tomatoes, potatoes, capsicum and corn only appeared in Europe in the 16th century following the discovery of the New World, for example).

We’re also not so keen on snails – we’ll stick to our biscotti and espresso, thank you very much.