What Many Australians Don’t Understand About Our Latest ‘Border Ban’

“It’s important to read beyond the headlines.” 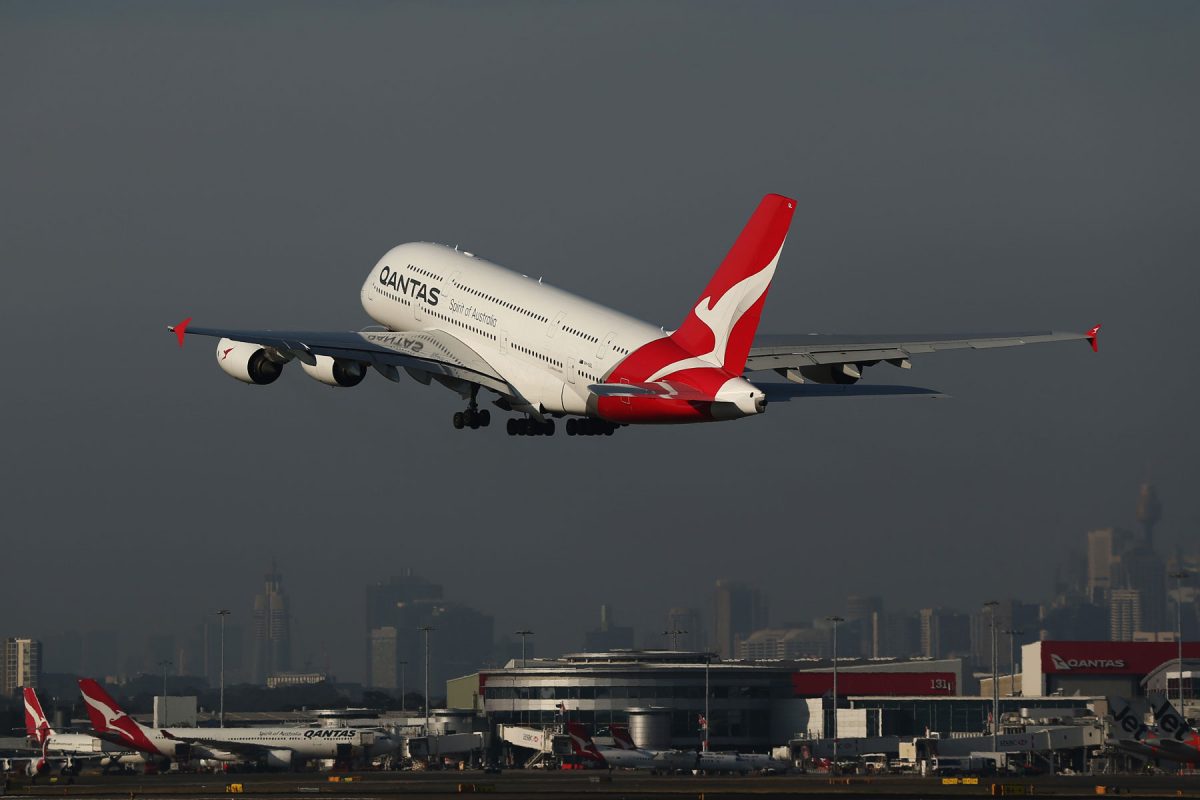 As many other countries begin to get back on track after a horrific 2020 and early 2021, Australia has gone from the envy of the world to an object of curiosity. From an island paradise to a hermit kingdom – one battling Delta with a largely unvaccinated population.

Though, given our very low case numbers (compared with the rest of the world) we are still in a very much enviable position (in terms of public health), the lockdowns being used to constrain the Delta variant of COVID-19 now loose in parts of Australia are wreaking havoc on our economy – as well as impacting our mental and physical well being.

Amid this shift in defensive stance, we recently saw our border ban (Australians have been banned from travelling internationally for well over a year now) tightened yet another notch in a move which experts, speaking to The Guardian, said could be constitutionally invalid and unfairly affect Australians from multicultural backgrounds.

The change has infuriated many, particularly expats.

What has changed? The outward travel ban has been expanded to include people who are ordinarily residents in another country. This means that even people who live overseas may not be allowed to leave Australia, should they, for whatever reason, visit.

At the time of writing, Australian citizens and permanent residents are banned from leaving Australia, and have to apply for an exemption to do so, “which can be granted for employment, study, or compassionate reasons, among others,” The Guardian reports.

Some Australians have found this a breeze. One recently wrote in a letter to Traveller, “I’ve had permission to leave Australia three times with no issues.”

Others have major philosophical issues with it.

Anyway: up until the recent extension of this ban, if an Australian citizen was ordinarily a resident in another country, they were automatically allowed to leave Australia should they visit Australia. That has now changed – even Australians who normally live overseas will now have to apply for an exemption to leave again if they come to Australia.

The Guardian reports, “Effective from 11 August, even Australian citizens who are ordinarily resident in another country will have to apply for an exemption to leave the country, and could be denied.”

“The Department of Foreign Affairs defines someone as ‘ordinarily resident in another country’ if they spent more time outside Australia than inside for the last 12 to 24 months,” (The Guardian).

Many are outraged by this.

The extension has been slammed as “barbaric” by some expats. And it’s not just hot air. The Sydney Morning Herald today reported that it has “so far seen four refusals for travel exemptions for Australians who usually live overseas that were issued over the weekend.”

Since the publication of today’s Sydney Morning Herald article, two of those refusals have been turned around (one, apparently, automatically, and another after re-applying).

Home Affairs Minister Karen Andrews has said of the change: “Outbound exemptions for Australian citizens are necessary as every Australian leaving, and planning to return, creates a queue of people wanting to come back.”

As of last month, there were more than 38,000 Australians stranded abroad due to COVID-19, according to the ABC.

Despite this proffered explanation, many are angry with this extra layer of bureaucracy now being put upon Australians visiting Australia, arguing it lacks “basic fairness and logic” – as one expat has put it.

Flight Hacks founder Immanuel Debeer told DMARGE he believes this added “complication” may be intentional on the part of the government, and that the headlines generated around it may be “exactly what the government wanted to achieve” in scaring off more people. 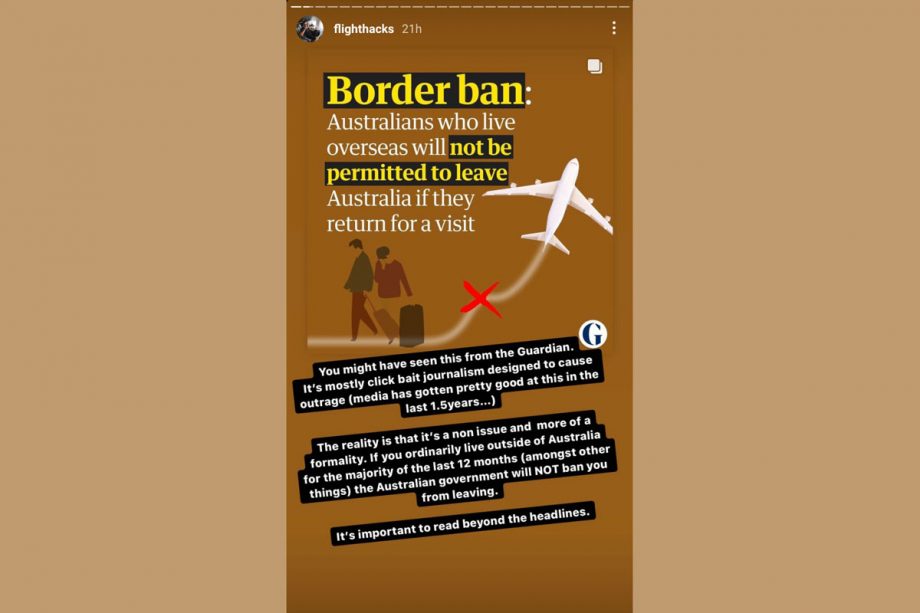 Immanuel took particular issue with one headline by The Guardian, which he posted on his Instagram story with the caption, “It’s important to read beyond the headlines” and that “the reality is it’s a non issue and more of a formality.”

“It’s important to read beyond the headlines.”

He told DMARGE the government isn’t actually stopping Australians who normally live overseas from visiting then leaving again, but rather making those who wish to do so jump through an extra hoop.

“Say you’re Australian but lived in the UK all your life and you now go home to see your dying mother, I don’t think there will be an issue getting to leave again after. However, people with more complex cases might have some trouble because sometimes you have to wonder if those people processing applications have rocks for brains.”

That said, he says people still, of course, have the right to be outraged: “The whole system is ridiculous and violates so many rights we took for granted.”