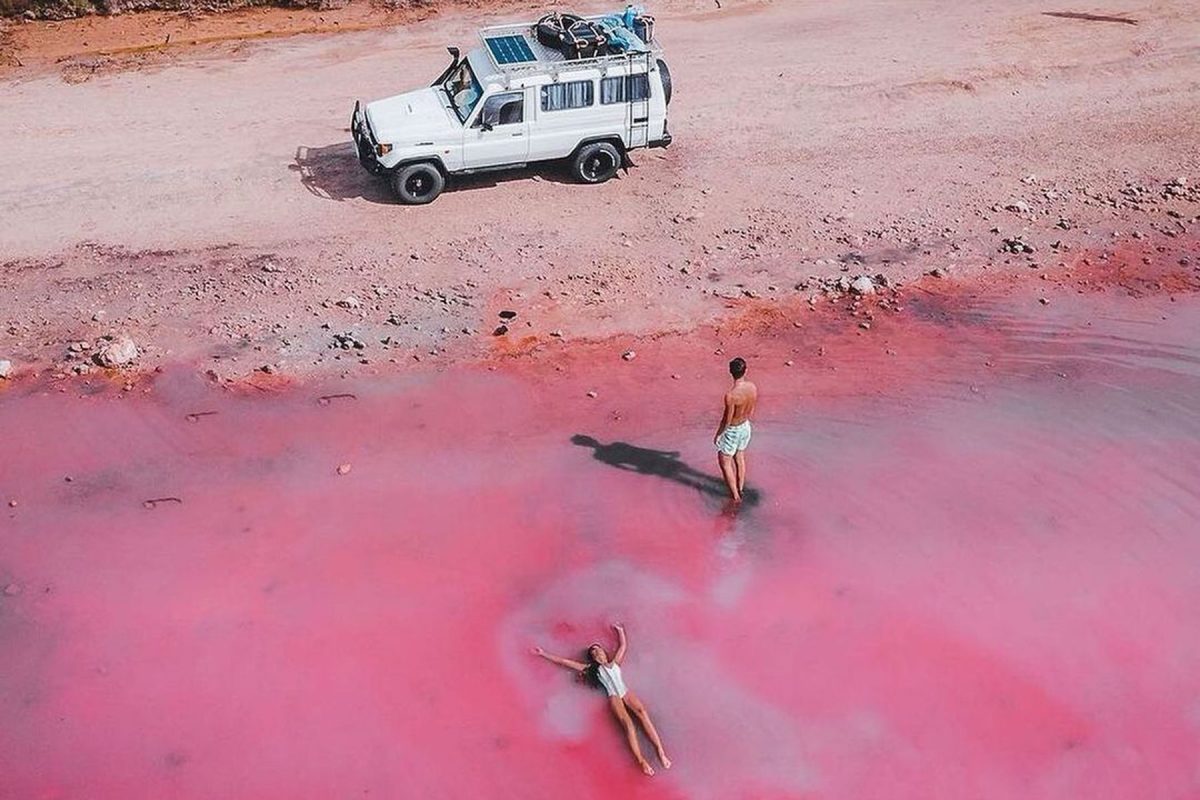 Australia has many magic but bespoiled nooks and crannies.

From kids trying to hook Tourism NSW’s favourite stingray (trust us: Bendalong is not the Maldives) to Circular Quay swarming with tourists, sometimes less is definitely more.

To fill your head with wonderous visions of what this could look like, here are 7 cool places to visit before international borders open again.

Get in early and see them before they fill with (more) tourists.

Note: Do not go break lockdown laws to travel. This list is to inspire you for when domestic lockdowns lift. Not for right now. Follow the official health and travel advice.

@viewswithdavLocation at the end! The colours just emerged out of nowhere! Has anyone been before? ##australia ##sydney ##views ##fyp ##viewswithdav ##trending♬ my audio yellow – ♡

As the above video shows, La Perouse (near Maroubra) is one of Sydney’s most beautiful sunset spots and it’s just a 20-minute drive from the Sydney CBD. It also shows how much a place can change in two hours.

Commenters on the above TikTok video said things like “The Bridge is great for jumping off,” as well as “You’re getting fined by the time you’ve finished with this recording. No parking after sunset gate closed.”

If that’s not the quintessential Sydney experience, nothing is.

TikTok appearing to be the new Lonely Planet… where else to go for more inspiration but there?

Travel blogger Hayley Andersen has implored followers to add this one to their bucket list, and we can see why.

The pink lake draws visitors from all over the world with its vivid waters. It’s 515km north of Perth, and near the picturesque fishing town, Port Gregory.

According to Australia’s Coral Coast, “The lake is at its most vivid when the sky is clear and the sun is overhead. It’s recommended that you visit between 10am and 2pm, when the sun is high – this will bring out the most impressive shades.”

“Cloudless days also give the most impressive results, as heavy cloud cover blocks sunlight and can sometimes make the lake look paler.”

“Would you believe us if we said this was in the middle of the Outback?” travel bloggers @kendallandglenn ask their followers.

This spot is a favourite of the MacDonell Ranges, along with Redbank Gorge.

Olivia Snell – who is currently travelling around Australia in her campervan @murphythemercedes – told DMARGE: “Upon heading to the NT we also thought the Red Centre was going to be just that, red and dry. It was on our road trip for Coober Pedy to Alice Springs that we commented on how green the area was.”

“We were both shocked at how much greenery and water surrounded the city but ultimately thought that was just the city. It was when we started exploring the MacDonnell Ranges that we realised that this place is so much more than just red and dry.”

Noosa’s fairy pools are some of the most photogenic in the country – and the above video, by @kobajourney, provides yet further proof of why people are obsessed with them.

Though some users warned of “blue ringed octopus” sitting at the bottom (and rogue waves) and the bored teenagers sitting around it, spoiling the serenity, it’s still a cool spot.

Noosa Heads, where the Fairy Pools are located, is just a 35-minute drive from the Sunshine Coast airport.

One of those things seems to be on everyone’s bucket list, Cape York is a survival mission and a pilgrimage all in one. You need a sturdy 4WD, a couple of weeks and a good guide (or some skills of your own) to make it to Australia’s Northernmost point, located in Queensland.

Flaherty’s beach may be freezing compared to the Maldives, but it still makes for some cool photos.

Alana McDonald, one half of travel duo @laplivin, last year shared with DMARGE some of her favourite Victorian and South Australian hideaways for pretending you are in the Maldives, and Flaherty’s made the cut.

As we established in April, Bendalong Point is not the Maldives…. But it’s a damn nice place to visit while Australia’s borders remain shut. And it’s just 3 and a bit hour’s from Sydney.

Jerome Webzanet, whose photo can be seen above, visited Bendalong in February. Jerome told us Bendalong was “a little piece of heaven on earth.”