The Best Alternatives To The Rolex GMT-Master ‘Pepsi’ In 2021 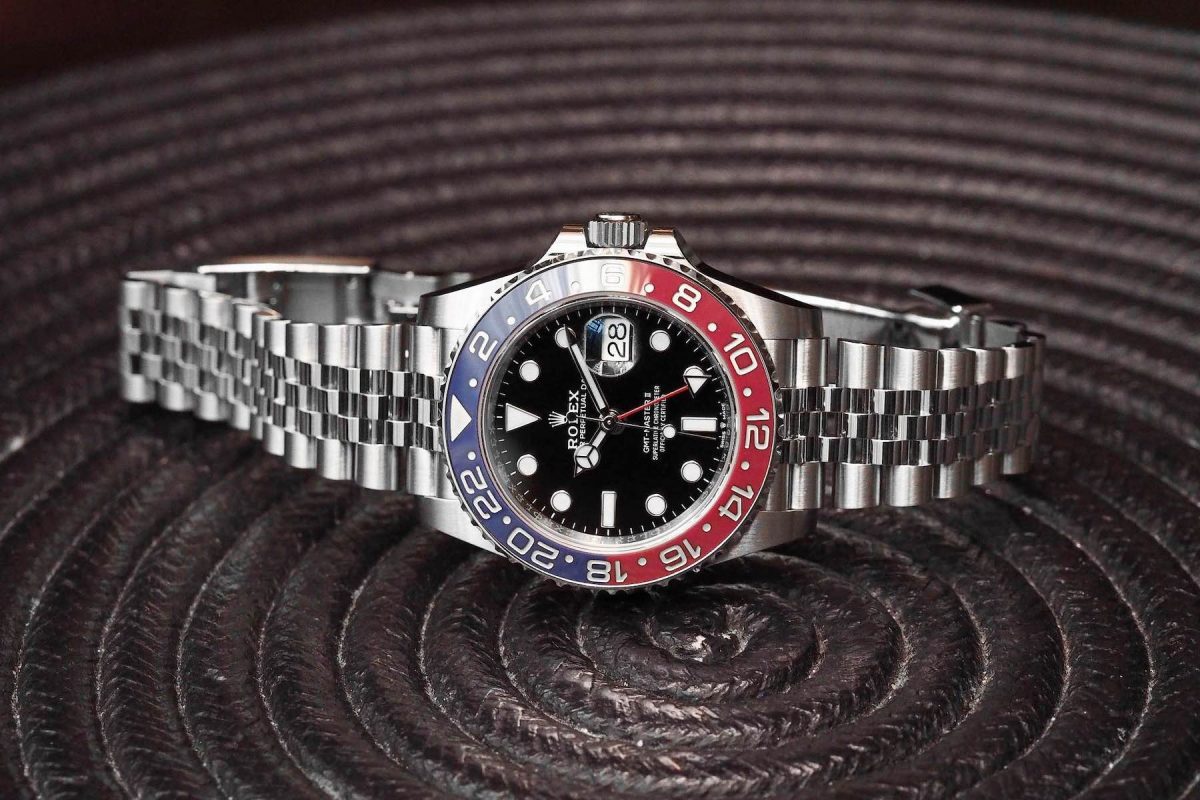 A Rolex GMT-Master II 'Pepsi' on a Jubilee bracelet (ref. 126710BLRO). This model was first released in 2018. Image: Professional Watches

With international travel finally opening up again (well, at least for some people), you could be forgiven for being a bit rusty when it comes to travel prep. You’ll need to gather the essentials: a hardy set of luggage, some comfortable clothes, a good book for the flight, and don’t forget your passport… Another valuable tool in the globe-trotter’s arsenal is a GMT watch.

A much-misunderstood category of timepieces, leading jeweller and watch purveyor Bucherer provides this handy definition: “in simple terms, a GMT watch is a timepiece with a 24-hour format hand that indicates a second time zone in addition to the other hands, not just any multiple time zone watch with more than one 12 hour format dial.”

In essence, a GMT watch easily allows you to keep track of the local time in two different time zones – typically your home time zone and the local time in wherever you’re travelling… And the most famous GMT watch of all time is the Rolex GMT-Master: one of the first GMT watches ever made and the standard of the breed.

Designed in collaboration with Pan American Airways for use by their pilots and navigators, the iconic Rolex first hit the market in 1954 – its red and blue bezel, originally intended to be a reference to Pan Am livery, since garnering the nickname ‘Pepsi’ by the watch community. It’s easily one of the most iconic and desirable watches on the market.

And therein lies the dilemma. Because they’re so popular, they’re pretty hard to get one’s hands on: a new Pepsi officially retails for AU$13,300 (already a pretty hefty sum) but good luck getting one at retail. There’s a waiting list stretching out for years. On the aftermarket, expect to pay thousands on top of that – even as much as double retail.

But what if you want a GMT watch now – and you don’t want to blow all your savings on one, either? If that sounds like you you’re in luck; we’ve collated some of the hottest and best alternatives to the Rolex Pepsi that you can buy in boutiques or online right now in 2021 for less than the retail price of the famous ‘Rollie’. Let’s get cracking. 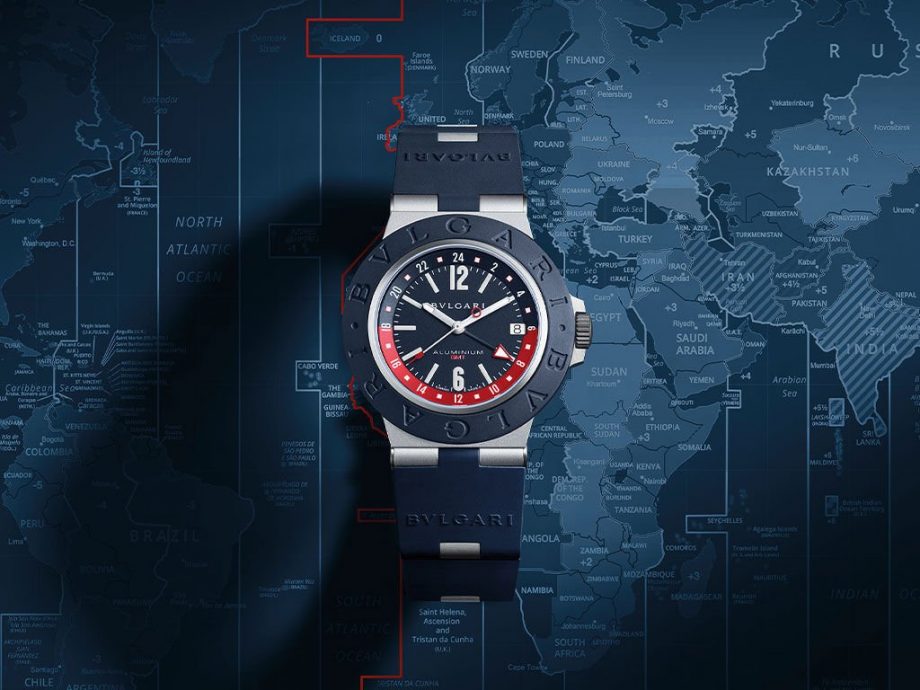 The Bulgari Aluminium, first launched in 1998, is a rather unconventional watch: rubber and aluminium for a high-end timepiece? At the time, that was a rather shocking prospect, but actually, it makes a lot of sense: it means the watch is exceptionally light and comfortable. They’re also the two main materials used in the construction of aeroplanes – so it’s highly appropriate that in 2021, Bulgari decided to add a GMT variant to the Aluminium line.

Featuring a slick blue and red colour scheme (just like the Rolex Pepsi), the Aluminium GMT is a rather sporty take on the GMT watch. With a 42-hour power reserve thanks to its in-house movement, water resistance to 100m and a case constructed from an aluminium/titanium alloy that’s light yet scratch-resistant, it’s a rather tough little cookie – and for AU$5,200, it’s also a bit of a steal. 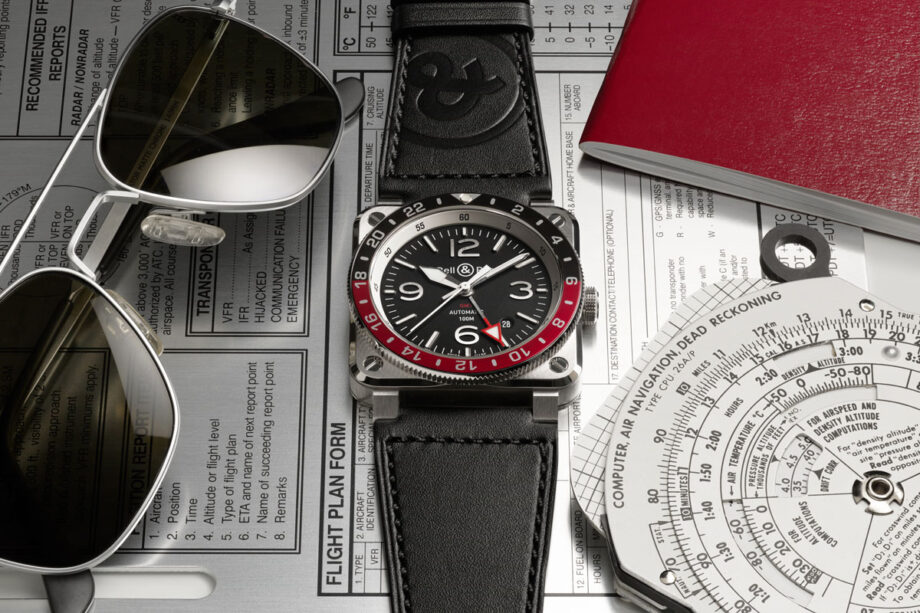 Another great alternative to the Rolex Pepsi is a watch from a manufacturer that’s all about aviation: France’s Bell & Ross. Their iconic square case design is meant to mimic aircraft cockpit instrumentation – so it’s no big surprise that they make a GMT watch or two.

The Bell & Ross BR 03-93 GMT takes the tried and tested Bell & Ross formula – that signature square case with a crisp, clear, ultra-legible dial – and adds GMT functionality, with a bi-directional 24 hour-marker bezel and fourth hand. A minimalist date window peeks out at 4 o’clock and an internal bezel provides minutes/seconds markers for additional functionality.

Available with either a chunky calfskin leather strap or a mil-spec black synthetic fabric strap, the BR 03-93 GMT is a super modern take on the GMT watch that really makes you feel like you’re a fighter pilot just by strapping it on. For AU$5,500, you get a lot of watch for your money. 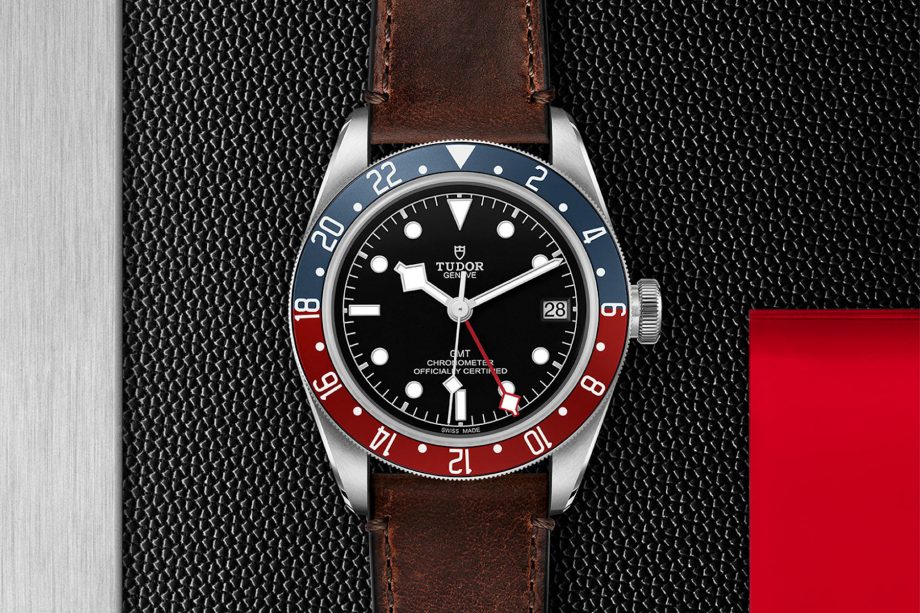 Of course, we couldn’t have a serious conversation about an alternative to a Pepsi without mentioning Rolex’s sister brand, Tudor – ‘the people’s Rolex’. If you’re looking for the next best thing to a Rolex, Tudor is an obvious choice: the collector-favourite brand has similar designs and a similarly impeccable level of build quality as their Rolex siblings at a much more accessible price point (and more realistic availability).

The Tudor Black Bay GMT pours some Pepsi on the brand’s perennially popular dive watch, boasting that classic combination of a black dial with a red and blue bezel. It’s almost like a hybrid between the GMT-Master and the Submariner, but with a more retro aesthetic thanks to its domed sapphire crystal, lack of cyclops lens and more utilitarian form factor.

RELATED: Tudor Unveils What Can Only Be Described As ‘The People’s Rolex Daytona’

Crucially, it costs less than half of the retail price of its Rolex counterpart at AU$5,510 (for a stainless steel bracelet; a leather or fabric strap lowers the price further to AU$5,090) while featuring double the water resistance at 200m. You’d be mad not to grab one, frankly. 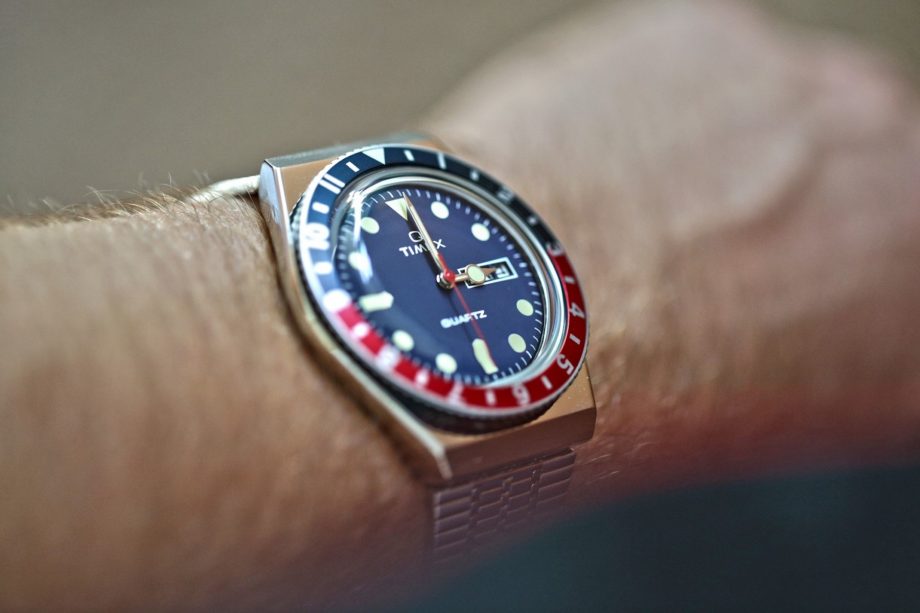 This last one’s a bit of an outlier, but definitely worthy of inclusion. Is the Timex Q Reissue a true GMT watch? No. Does it come from a high-end manufacturer or house a Swiss movement? Hell no. Is it even an automatic watch? Not on your life.

But what it is, is highly affordable. The Q Reissue is the cheapest and best way to get a watch that looks like a Rolex Pepsi without having to spend thousands of dollars. Indeed, this bad boy will only set you back a measly AU$330 in comparison.

RELATED: Best Timex Watches That Will Keep You Stylishly Punctual For Under $300

For that, it’s not a bad buy. Unlike a Rolex Pepsi, this Timex has a date as well as a day window. Unlike the BR 03-93 GMT, it comes with an integrated steel bracelet. It’s thinner than the Tudor Black Bay GMT and more conventional-looking than the Bulgari Aluminium GMT. Crucially for a traveller, you won’t have to worry about it getting nicked when you’re on holiday (and even if it does, it’s cheap to replace).

On that note – here’s to safe travels and successful horological purchases.