‘Eating Two Burgers Is Better Than Eating One With Fries’ 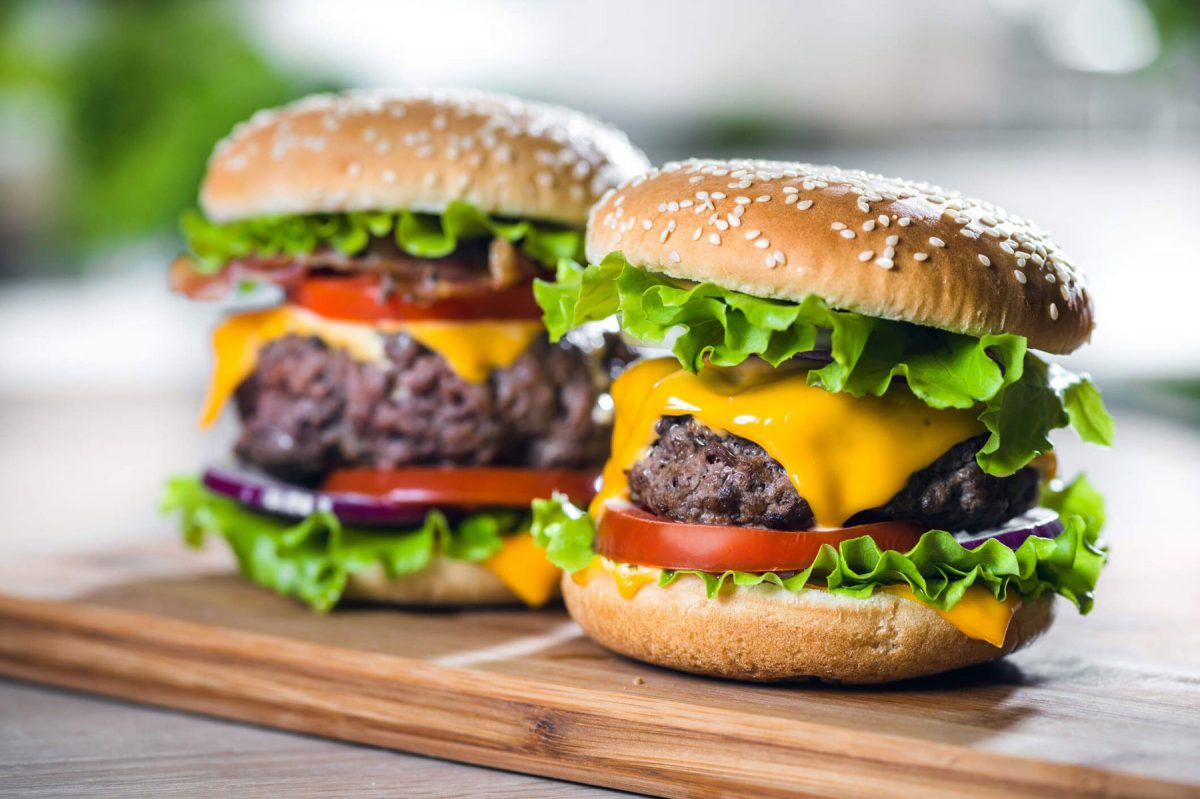 Need some news to brighten your day? Apparently, it’s healthier for you to eat two burgers than it is to eat a single burger with a side of fries (sorry, fry lovers…).

That’s according to Emily Field, a registered dietician from Minneapolis, Minnesota, who says you can ultimately reduce your overall daily calorie intake by swapping fries for an additional burger, whilst also increasing your intake of protein.

According to Business Insider, Emily says that ultimately, we need to balance our intake of protein, carbohydrates and fats, in order to keep ourselves feeling fuller for longer.

As Business Insider says, “when you eat a meal that’s high in carbs and low in protein, such as a bowl of cereal, you’re more like to see rapid spikes and falls in blood sugar.” Ensuring our blood sugar levels stay balanced is vital, because our cells distribute the energy provided throughout the body after having a meal.

Field adds that this logic can be applied to fast food, with burgers in particular being put under the microscope. “A typical fast-food burger comprises two small pieces of bread plus a slab of meat.”

“Without cheese or sauce, most burgers have about 300 to 400 calories, which come from carbs in the bread, protein in the meat and fat.”

“An order of fries, on the other hand, is just a tray of fried potato. It has a lot of fat and carbs but very little protein.”

“By swapping the fries for the second burger, then, you’re nearly doubling your protein intake while reducing the amount of fat and carbs you’re eating.”

“This simple switch could help steady your blood sugar levels.”

While others – like nutritionist Michael Pollan, who says “the standard American diet kills us” – might have us throw both the burger and the fries on the scrap heap, his message (avoid fried food) is actually intertwined with Emily’s.

We’re confident she’s not saying you can effectively replace your entire diet with one of burgers because they provide the nutrients we need, but the message of ditching the fries could be beneficial.

Dr David Sinclair takes things up yet another notch, speaking to Joe Rogan about how we should only eat one meal a day if we want to live longer.

He claims that our ancestors used to eat more like this, and in doing so, deprivation helped their bodies to build up a natural resilience, producing a so called “longevity gene.”

This gene helps the body to fight ageing and diseases, he claimed. He reckons the messages provided by standard nutritionists: three meals a day plus snacks, never be hungry, is in need of a re-think.

While David’s claims may be backed up by considerable research, getting modern-day humans to drastically change their comfortable and convenient ways of eating will be an arduous task.

Perhaps it’s just easier to order two burgers, rather than one with fries?