‘Avoid Like The Plague’: Watch Fans Reveal The One Place They Would Never Buy A Rolex

“It’s your money, waste it any way you want to.” 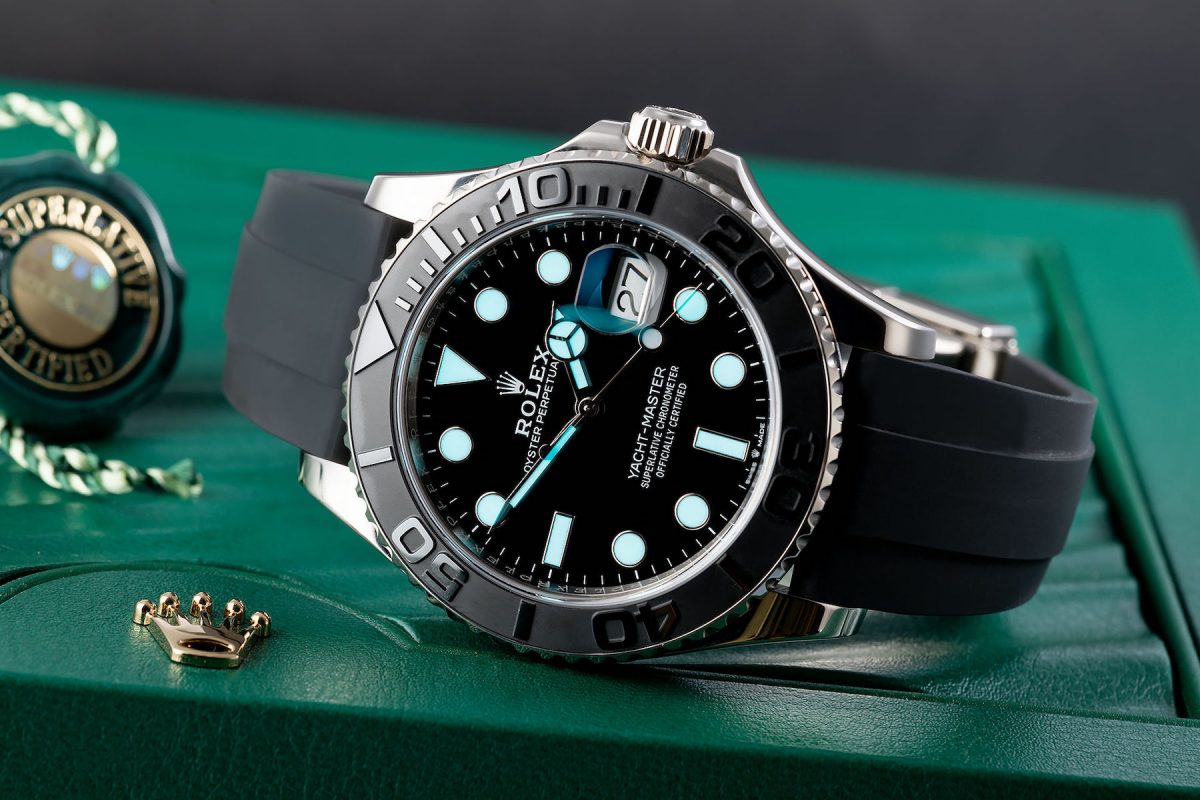 While there’s nothing quite like visiting a watch boutique or a jeweller’s when you’re shopping for a new piece of wrist candy, shopping for a luxury watch online has never been easier than it is in 2021.

Not only do watch brands spend a huge amount of time, energy and coin making their ‘online boutique‘ experiences as lavish as their brick-and-mortar options, but you’re also spoiled for choice when it comes to third-party marketplaces, many of which offer luxurious customer service.

Indeed, depending on where you live in the world, you might not have much of a choice. Most of Australia’s biggest cities are still languishing under strict lockdown rules, for example, and boutiques simply aren’t open. You’ve got no choice but to go online.

But just because your options are limited doesn’t mean you should ignore your better instincts. For example, buying a high-end watch from Amazon. The world’s biggest e-commerce platform and most valuable brand, Amazon sells everything from groceries to pre-fabricated homes… And increasingly, luxury watches worth thousands of dollars.

But as tempting as buying a watch from Amazon might be, it’s actually a pretty terrible idea… As is selling your luxury watch on Amazon, for that matter. 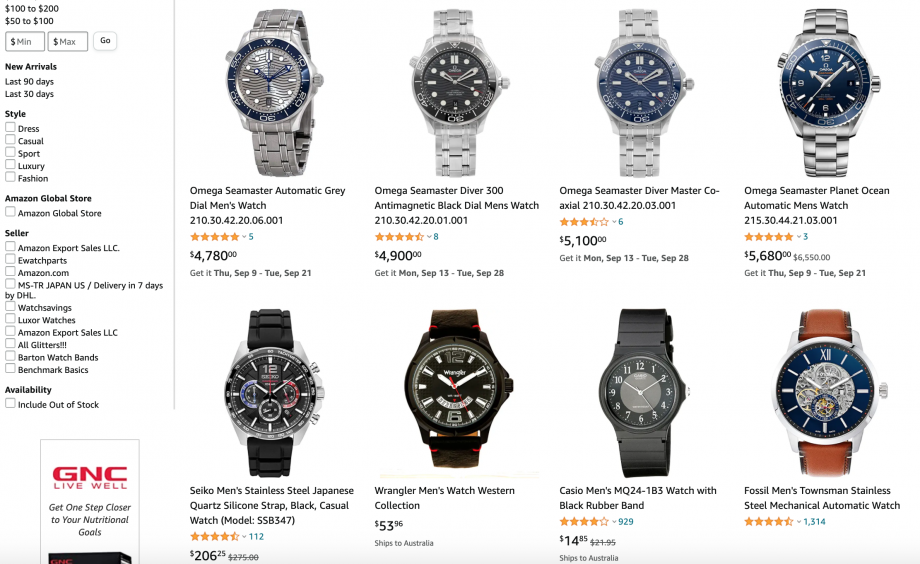 As Rob’s Rolex Chronicle relates, Amazon’s ‘Fulfilled By Amazon’ program (FBA for short) can easily be “hacked” by bad actors and lead to adverse outcomes for both buyers and sellers alike.

“For example, say you are selling a Rolex. It is legitimate. You have owned it for years and now want to sell it. So you ship it to the Rolex warehouse and now the Amazon FBA program will guarantee delivery to Amazon customers, right? Not exactly.”

“If the client realizes [that it’s] fake they can get their money back, but [it] will likely crush you as a fake seller.  Amazon doesn’t check to see if your product is different from the other sellers. And you could be out your whole investment. Sound fair?”

He explains that Amazon has no in-house watch experts who can judge whether watches are real or fake, which is both a problem for vendors as well as customers. They’re a business that’s more about selling books and basic consumer electronics than high-end goods; they simply don’t have the same level of due diligence.

“If you are a buyer… you really won’t know what you got until you get it appraised by a real Rolex dealer. So, it begs the question, why buy Rolex from Amazon at all?  Why not go to a respected Rolex dealer in the first place?” 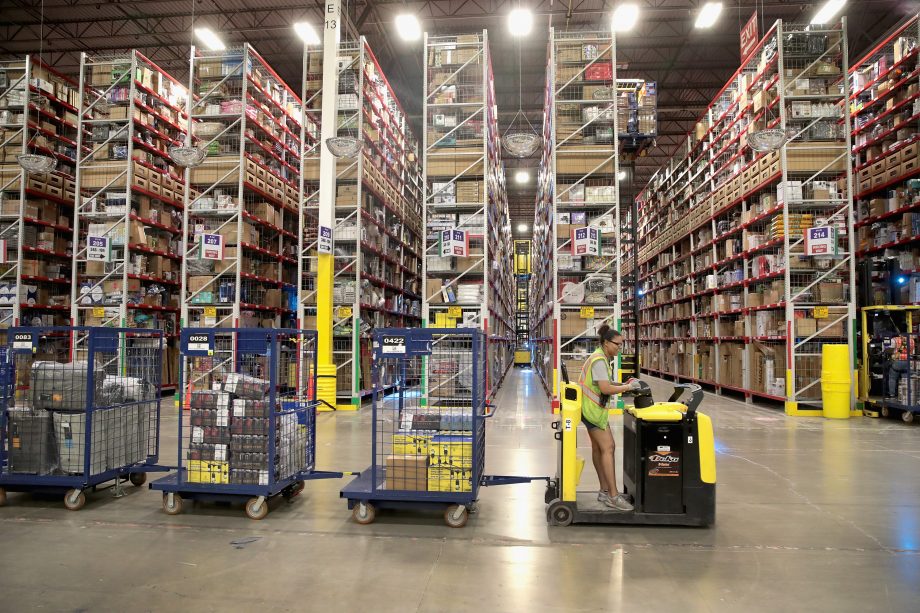 Here at DMARGE we’ve previously criticised eBay’s foray into the luxury watch market for not doing enough to assure customers that they’re not going to get a fake watch, but Amazon is even worse than eBay in this regard.

eBay at least authenticate any watch selling for over 2,000 USD on their platform – although this service is only offered to American customers and isn’t available to ‘custom’ watches (with a very broad definition of what ‘custom’ actually entails). Still, that’s better than nothing, which is what Amazon offers.

RELATED: The One Place You Should Never Buy A Luxury Watch

The other big issue with buying luxury watches like Rolexes from Amazon, as this Watchuseek thread on the topic elaborates, is that getting a watch serviced or doing any sort of return or warranty claim through Amazon can be a crapshoot. As one commenter puts it:

“If your watch needs repair during their warranty period, there’s a 99% risk that you’re not going to get the right parts. Also, you say you can get a refund? Well maybe for the first 30 days, if they’ll let you.”

“It’s your money, waste it any way you want to.”

Indeed, we put the question to our Instagram followers – would they buy a Rolex on Amazon? And the answer was pretty conclusive: no. 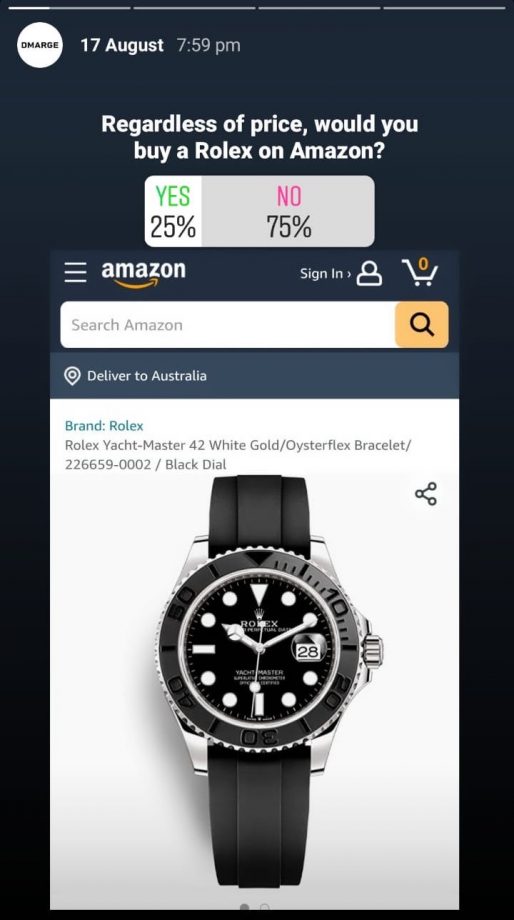 Hard to argue with that. Image: @dmarge

As we’ve said before, it’s the curse of being a jack of all trades but a master of none. Amazon might be a fine place to buy many things but it’s just not a very good platform – either ergonomically, functionally or otherwise – to buy a luxury watch like a Rolex from. It’s just too risky.

You’re far better off going to a reputable dealer that specialises in luxury watches specifically, like Bob’s Watches or Chrono24, or simply negotiating with an authorised dealer (AD) to get a better deal on your watch, or build a relationship with them in order to get the watch of your dreams.