Americans Enraged As California Moves To Ban Much Loved Food 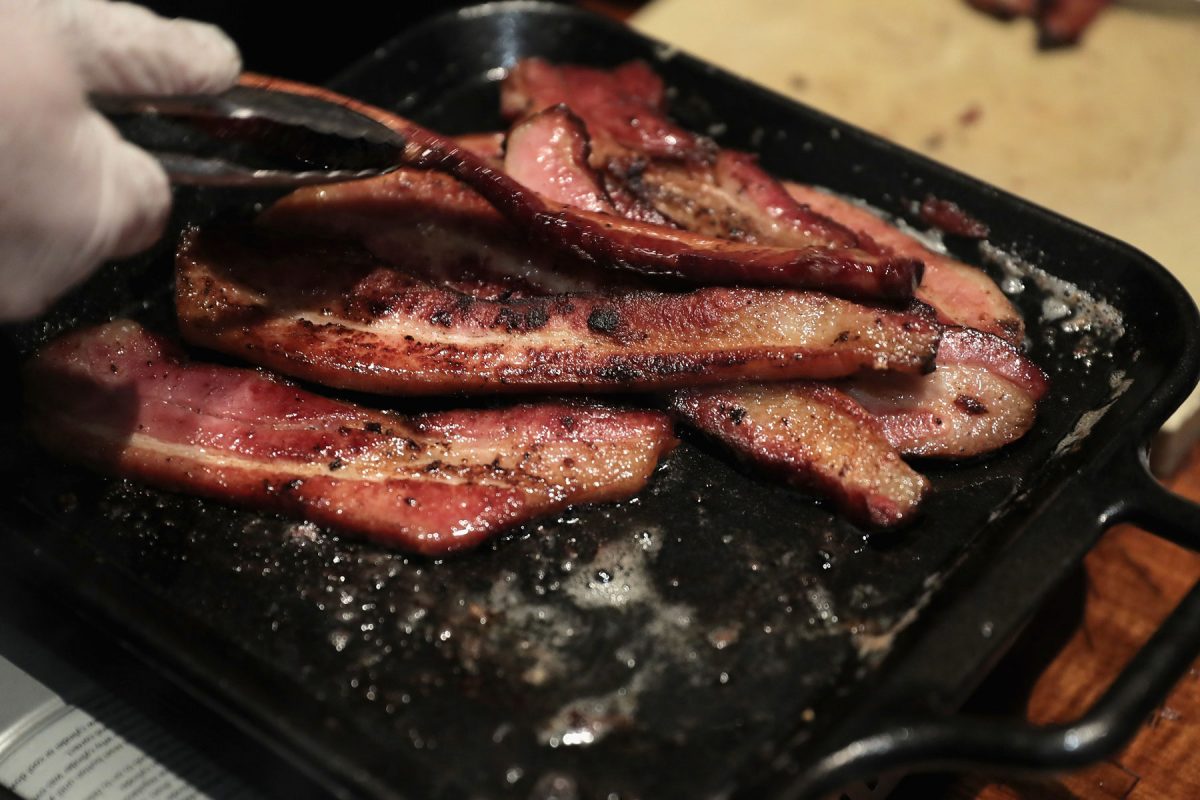 From gun control to foreign policy, America is more polarised than a pair of $1,000 sunnies. In fact, it almost goes without saying that The United States is divided down all sorts of lines.

But what you might think would still be uniting it is a love of bacon, donuts; fries.

The growing ‘low carb’ movement is eschewing fries and donuts, and now California is moving to ban bacon. How oh-very-coastal, you may be quick to think. Don’t.

It’s actually a pretty smart move, with even meat-eating advocates like Dave Asprey praising the Golden State for this particular burst of enlightenment.

Asprey writes: “California has a dismal track record of setting stupid regulations that reverberate across the country.”

“Ever wonder why there are about six pounds of harmful flame retardants in your mattress?”

“Ever wonder why coffee used to say, ‘known to the state of California to cause cancer’ even though studies show the opposite?”

“But this time, I could hug California for a new regulation. Most pork in the United States is raised in prison-like conditions where animals do not even have enough space to turn around or lay down and stretch. California law now mandates that pigs must have a 6‘ x 4‘ space instead of a 3.5’ x 5.5’ space (24 sqft vs. 20). Just enough to turn around and stretch.”

“People know me as the founder of Bulletproof and @upgradelabs and for creating biohacking, but I’m also a small regenerative farmer carefully raising 25 heritage breed pigs. I can’t imagine confinement for them.”

“The Big Food Industry is fighting to maintain animal cruelty standards because they are worried that pork might cost 15% more if the animals were tortured less.”

“I eat grass-fed meat, and I love pastured bacon. I only serve those at my restaurant in Santa Monica @bulletproofcafesantamonica.”

“Now is a great time to take a look at what kind of meat you’re eating. You don’t have to give up meat, and it’s not even healthy to do that. But you do have to give up industrial meat because it’s bad for you, bad for the planet, and bad for the animals.”

“Our soil needs animals. We need animals. Let’s take good care of them when they are with us, and enjoy them after we have cared for them.”

Let’s back up for a second though. What was the news, exactly? USA Today reports, “At the beginning of next year, California will begin enforcing an animal welfare proposition approved overwhelmingly by voters in 2018 that requires more space for breeding pigs, egg-laying chickens and veal calves.”

“National veal and egg producers are optimistic they can meet the new standards, but only 4% of hog operations now comply with the new rules.”

Not everyone was as happy with the change as Asprey.

I don’t get why more producers didn’t adapt given that they had >2 years and they’d nor be positioned to make a premium. Article says something about CA not providing some regularity guidance, but presumably the law itself made some of this clear…

One Twitter user said they are “never going back” to California due to the change.

Another said “What the frick.”

Y’all California is trying to ban BACON. What the frick

Another called the move “very concerning.”

That’s the AP, not Buzzfeed. I seem to remember your side of the aisle saying you didn’t want to ban meat, so this is very concerning.

Yet another topic we look forward to seeing debated passionately in 30-second segments on prime time news slots.