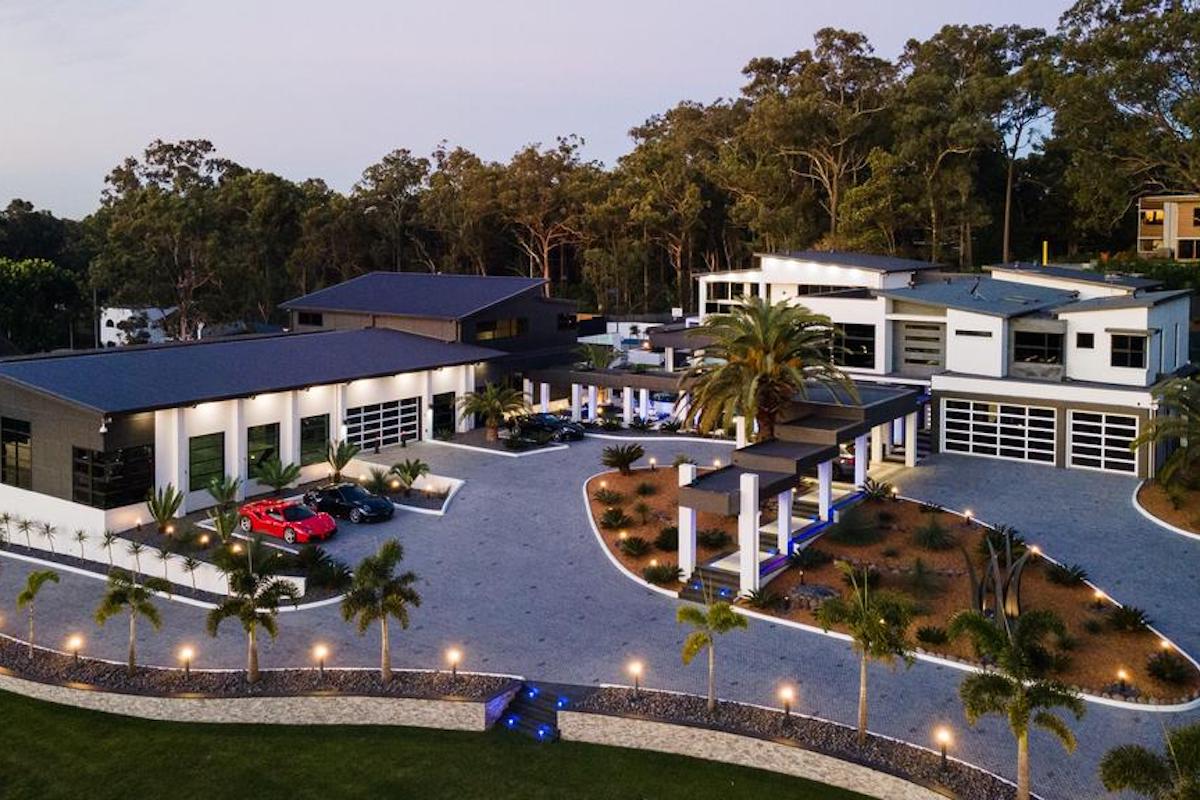 Everyone’s got their own checklist of must-haves when they’re looking for a new home – walk-in wardrobes, island kitchens, infinity pools… But the biggest one for any revhead is having a nice big garage.

We’re written before here at DMARGE about the insane lengths some revheads go to with their properties when it comes to catering to their car collections. Take this Melburnian who bought, then converted, their neighbour’s house into a panoramic garage; or this Sydneysider, who built a garage with a better view than 99% of all homeowners in the city.

But those two pads have nothing on this Brisbane mansion that’s tipped to break the city’s house price record, which features what might just be the biggest suburban garage in the country… Among other oddities.

74 Bacton Road, Chandler, in BrisVegas’ south-east, is less of a house and more of a private holiday resort. Sitting on 10,000sqm of land, of which 3,000sqm is under roof, it’s a truly bonkers property that boasts just about every amenity known to man, including a six-bedroom main residence, a separate guesthouse, two gyms, two spas, four offices, two cinemas, a huge pool, as well as a private soccer field and championship-sized tennis court. 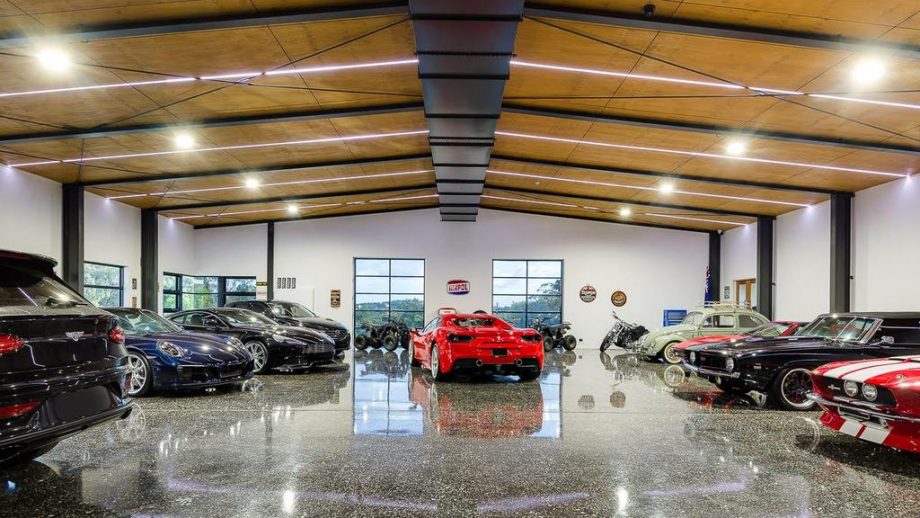 Shout-out to the Beetle slumming it next to the Ferrari. Image: realestate.com.au

But it’s the garage that will really get your motor humming. Alone, it’s worth around six times the median Brisbane house price, and can accommodate up to 30 vehicles, currently housing an impressive collection which includes Ferraris, Porsches and Aston Martins, realestate.com.au relates.

That resort feel is really amplified by the huge manor driveway and hotel lobby-style front door – you could probably fit another dozen vehicles in the driveway alone (if you’re not precious about your babies not being undercover). It would be great for a rap music video.

The garage isn’t even the most ostentatious thing about the house, though. Fancy some virtual driving instead of the real thing, just for a change of pace? Jump on the SEGA Daytona machines in the houses’ private video game arcade. No, we’re not joking.

Need a cold beverage after a long drive? Why not head on down to the private, 2000’s era nightclub-style bar and mix yourself an Illusion Shaker or three. What’s with all these houses having private nightclubs? There ain’t no lockout laws in Brisbane…

RELATED: Ultimate Family Home Complete With Nightclub Goes Up For Sale In Melbourne

74 Bacton Road last sold for $2.75 million back in 2010, with a majority of the house’s big-ticket features being added since then. With Brisbane property prices having risen dramatically over the last decade and the truly insane renovations the place has seen since then, you could expect something well in excess of that figure. Try maybe even ten times that figure. 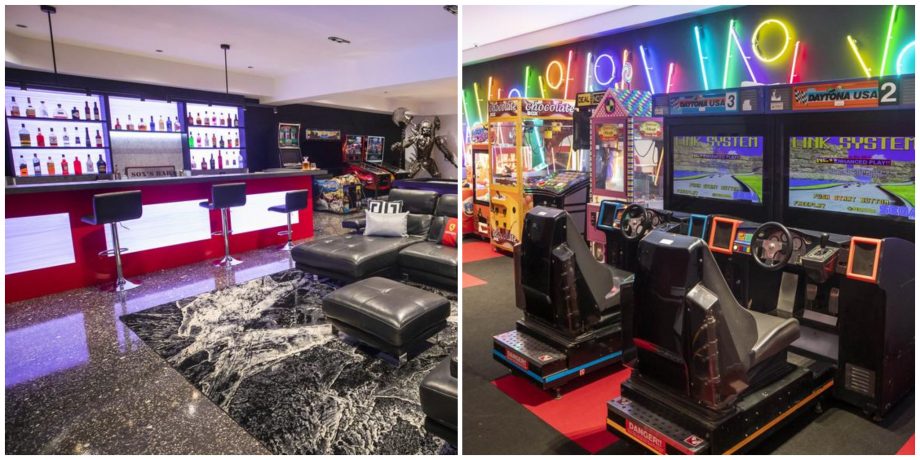 “We think this could be Brisbane’s most expensive house,” marketing agent Heath Williams of Place New Farm relates. “Just the sheer replacement costs of it. An average, well-built, well-specced house would cost $4500 a square metre.”

So even if you only counted the roofed meterage of the property, you’d be getting pretty close to double the price – and of course, it’s worth more than the sum of its parts. The current record for the sale of a residential home in Brisbane sits at $18.48 million, which was set by the palatial clifftop 1 Leopard Street, Kangaroo Point back in 2017, by the way.