Is this the addiction society will never shake? 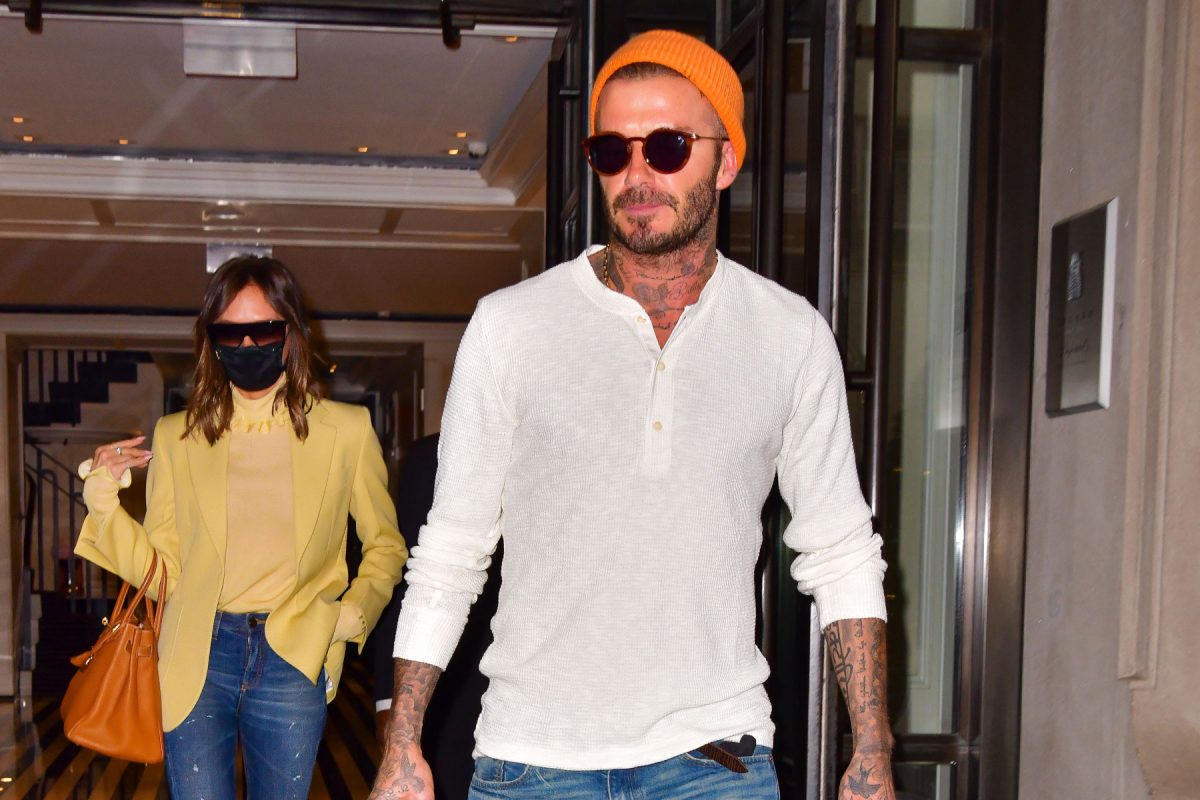 Some men age like fine wine and others curdle like full-cream milk. David Beckham is the former.

The former football champ might be pushing 50 but he arguably looks better than he did during the early 00’s, the father of four effortlessly pulling off youthful looks like this Hawaiian shirt summer ensemble or this crisp smart-casual brunch look.

Part of Beckham’s secret to being one of the slickest male celebrities on the planet lies in his willingness and ability to rock a number of different haircuts. Again, while many men his age are fighting a losing battle with their hair, Beckham’s out here experimenting and trying lots of different styles.

His latest cut, however, does more than prove his follicular chops. Jumping on Instagram over the weekend to share a simple selfie, ‘Golden Balls’ showed off a close-to-the-bone bleached look that immediately brings to mind the sort of haircuts he rocked during his later years at Manchester United and his stint at Real Madrid as one of the ‘galácticos’. 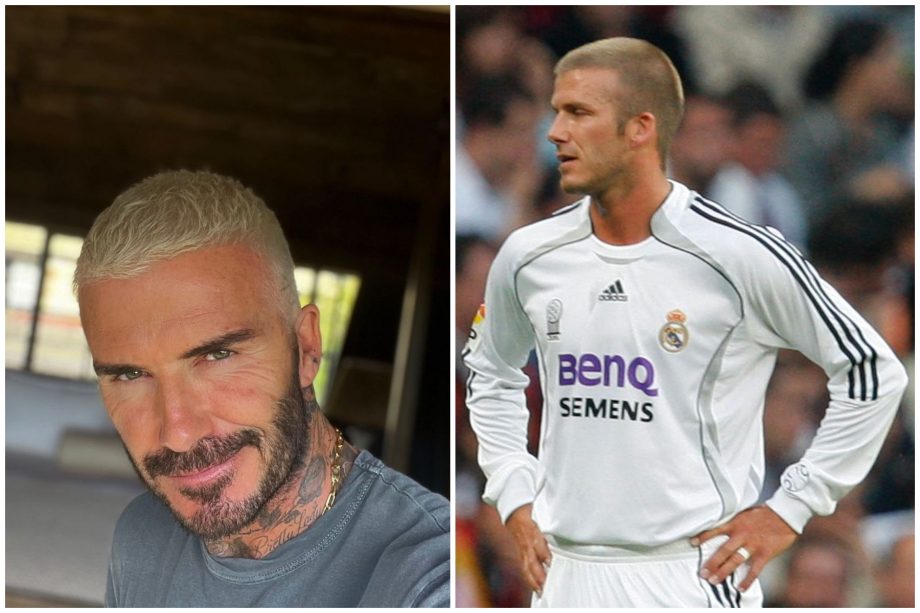 Beckham’s no stranger to peroxide. Over the years he’s done everything from bleached highlights to blonde ponytails and even a bleached cornrows experiment that remains (arguably) one of the worst haircuts modern football has ever seen.

But it’s this very short, very bleached look that really seems to be the haircut that refuses to die, as far as Beckham is concerned. It also shows – we reckon – that society is, in a sense, addicted to peroxide. Just think about it: from Eminem in the early oughts to many of us during lockdown in 2020, bleaching your hair is a crutch many turn to when times are tough.

Why? It helps remind you that, though many things may be going to shit, you at least have full control over something.

This is why, we reckon, peroxide is the addiction that society will never quite shake.

In any case, the more immediate cause of Beckham’s peroxide experiment seems to be his sons Cruz and Romeo’s lockdown haircuts: the boys went the buzzcut and bleach route, and Beckham Sr. joined in, joking “sometimes the boys need reminding who did it first in the 90s”.

Bleached hair has also been seen in recent years on the likes of Manchester City rising star Phil Foden, as well as footballing superstar Messi.

The last eighteen months have seen men across the globe take a leaf out of Beckham’s book and experiment with buzz cuts and bleaching their hair, as lockdown has given us both an opportunity and an excuse to try something different. That said, not all lockdown looks are as good as the Beckham clans’…

how lads think their isolation head shave will look vs how it turns out pic.twitter.com/eWpRkYIWRx

Beckham’s currently on a high, with the football team he co-owns, Inter Miami CF, having just picked up a crucial win against Nashville in the 2021 MLS season. Founded only three years ago, Inter Miami has had somewhat of a rocky start, so it’s pleasing to see them pick up some momentum.