David Beckham Shows $1,000 Dress Shoes Are No Impediment To A Lifetime Of Football Talent

Is there anything he can’t do? 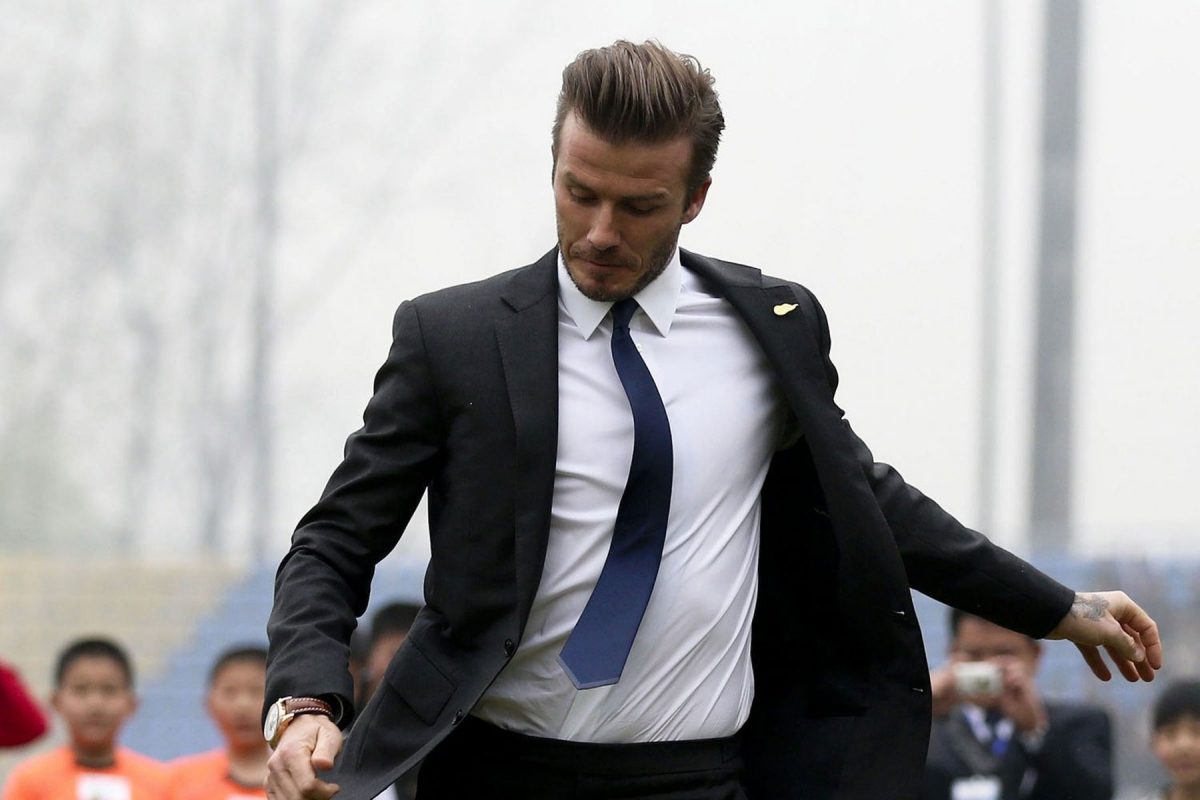 A fact of life is some people are just born talented or gifted. While they naturally won’t fall into their natural field until a few years after walking at least, at the end of the day, some of us take to certain fields like a duck to water.

For David Beckham, he was always destined to play football at a high level. In his youth, he had trials for a number of soccer teams, including Leyton Orient (his local team), Norwich City and he even attended Tottenham Hotspur’s school of excellence. However, since his parents were both die-hard Manchester United fans, it was to be the club he would always hope to play for, and he was signed as a trainee when he was 16-years-old.

The rest is history.

Today, Beckham is part-owner of Inter Miami CF, and a video he recently uploaded to his Instagram account proves that, while he may no longer play ‘the beautiful game’ professionally, he’s lost none of his God-given talent. A classic way for players to show off their skill is to perform keep-ups, and usually, they would be wearing football boots or sneakers at the very least, to help them control the ball.

As the video below shows, Beckham has no need for such accoutrements…

Beckham says ‘up yours’ to such niceties, instead choosing to wear Christian Louboutin dress shoes, to entertain his fans. And, while we can’t quite pinpoint the exact pair he’s wearing from the video, an example pair of the luxury men’s dress shoes are currently retailing for US$950. So, while the rest of us would probably save such footwear for special occasions, Beckham is more than happy to get them a little scuffed.

Naturally, the video has garnered much acclaim from his friends and peers, with Kyle Martino claiming, “How on earth did you not slip my man?”, while his mum Sandra said, “Get them boots on. What have I told you about wearing your best shoes”.

How the other half live.