After being in lockdown for over a month, my fitness routine was starting to get a bit stale.

What was there to do but to turn to David Goggins? David Goggins is an ultra-marathon runner, ultra-distance cyclist, triathlete, public speaker, author and retired US Navy SEAL.

Goggins is a guy who pushes at the extremes. He has inspired more than one person I know to forego the usual training for something, and just straight up do it (like run a marathon with no training, or paddle a racing mal from Manly to Palm Beach).

Even more impressive: he has inspired friends who haven’t read a book in 10 years to go out and buy his autobiography.

So what’s going on? Why do some people love him and other people call him crazy? Is he being unfairly dismissed? Smoke blown up his arse? What’s going on?

First, you need to understand what he’s all about – something the following video illustrates well.

Goggins often encourages his followers to conquer their inner demons, frequently taking to Instagram with tough love rants and his catchphrase: “stay hard.”

He himself went through a transformation when he was a young man that he frequently refers back to. 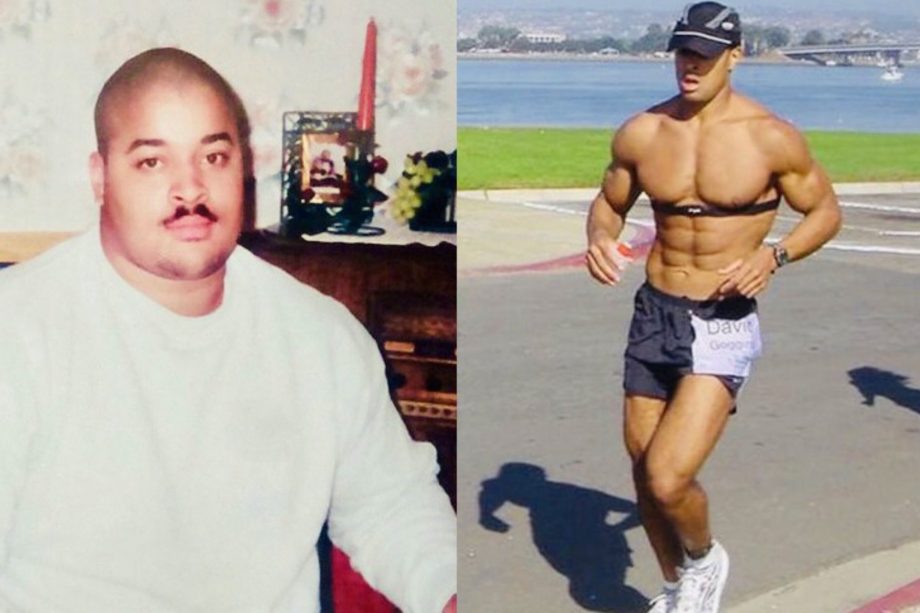 He also, recently, commented on a video that also caught our attention – Joe Rogan spending 20 minutes in an ice bath.

“Just a day or two before that, he struggled with going just over a minute,” Goggins said. “So how is it that he can come right back and do 19 more minutes? The water temperature and conditions were the same. The only thing that changed was his mindset.”

“I have done this multiple times in my life with many different things so I know exactly what happened to Joe. The only thing that changed was how he approached what he was about to do. Rather than thinking about the cold water and how miserable he might be, etc., he broke it down into small chunks. He went into it with the right mindset, with a goal in mind. With a goal in mind, you can have a vision.”

Goggins continued: “Example – you are training for a 50 mile race, etc., and you are going out for a 20 mile training run. During that 20 mile training run, you start to think there is no way I can do 50 miles. You are tired, dehydrated, overall you just feel like shit. You see on that day, your mind knew it was only going 20 miles so when it was nearing 20, it knew it could quit. That can play serious mind games on you. If it were race day, your mind would know it is going 50 so it drags the body along for 50.”

“We are in charge of setting the governors in our minds.”

“When Joe got into the ice bath the first time, he was just stepping in it. He had no plan, no goal, no desire and no end state. Therefore that minute was cold as fuck.”

“The second time around, he had a purpose and end state and therefore was able to meet his goals.”

“Most of us are quitting because we are walking into a challenge with no purpose and definitely no end state. You have to set yourself up to experience greatness!”

With these dramatic words in mind, last weekend I set myself the challenge of running 20 kilometres – from Erskineville to Bondi Beach (10km) then back again.

To put this into perspective, for the last two months I haven’t run further than 1.5 kilometres in one day. In fact, on my daily jogs to the park, quite often I will run the 800 metres there and then walk home out of laziness/boredom.

Running 20 kilometres, as you might have expected, turned out to be quite an ambitious task – and one that broke me (I ended up walking) in the end. Despite failing though, I don’t regret it.

Here’s everything I learned along the way. 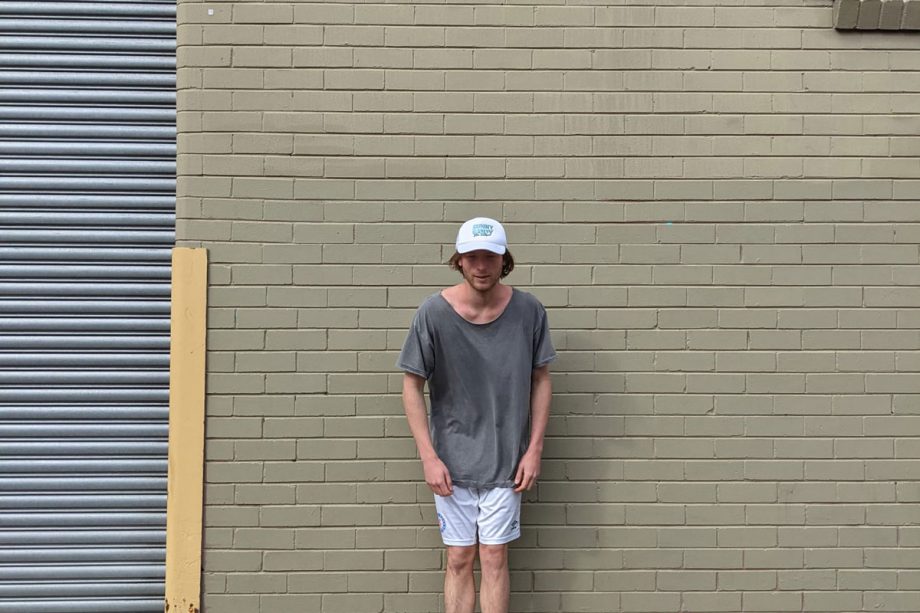 How it started… Image: DMARGE.

Though some people poke fun at Goggins’ outrageous level of commitment (see below), doing something (for me) outlandish has made everyday tasks (like running 2km) seem easy. Though I actually failed to run the whole 20km (I walked a lot of the way back home) it felt good to have set a goal (completing the whole distance on my own two legs) and to have achieved it. It also felt good to run the whole 10km there – a distance I haven’t run for a long time.

Having a specific task, and a specific destination (the beach) in mind made the slog more bearable. 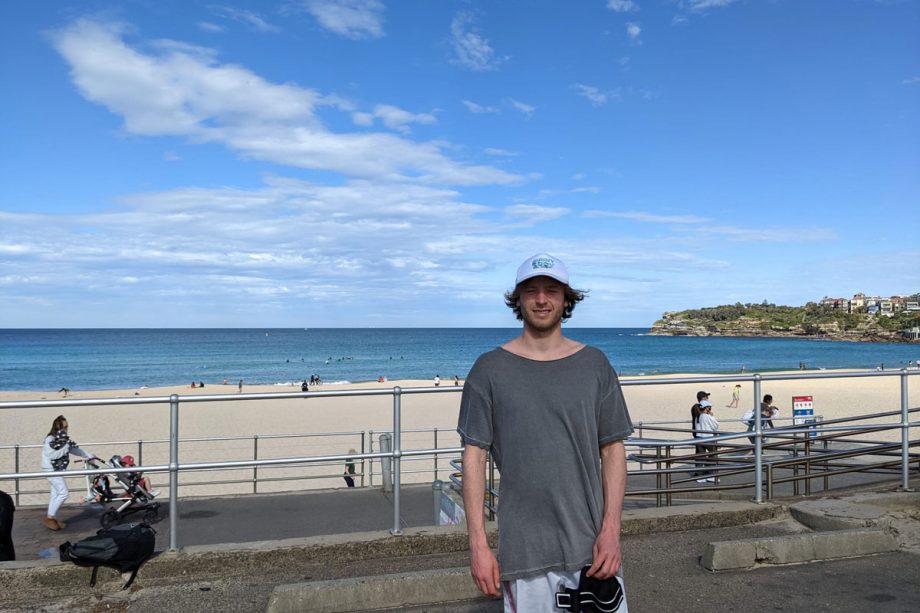 The halfway point… Now for a swim, a coffee and a Chicken Souvlaki. Image: DMARGE.

When you run further than usual your toes take a punishing

My toes are generally fine after running 2 kilometres. After 20km, they were quite sore. On that note: if you really wanted to better yourself at running in a sustainable way you would want to build up to something like this. Ultimately though, although you could criticise Goggins for encouraging people to push themselves too hard, and though doing things radically outside your comfort zone comes with risks, given where our society is at, given cardio-vascular disease is one of Australia’s largest health problems, we probably need more people encouraging each other to get up and at it, not less.

A lot more people are suffering from never getting out of their comfort zone.

Also, realistically, for me, going out and jump-starting my fitness routine with a challenge a physio probably wouldn’t recommend you do without building up to is something I don’t regret at all (though the answer to that question may have been different had I straight out done a marathon, and caused myself some kind of injury).

From Redfern to Alexandria to Centennial Park to Bondi Junction to Bondi, I saw many sides of Sydney.

This also helped me maintain my interest and took my mind off my feet. 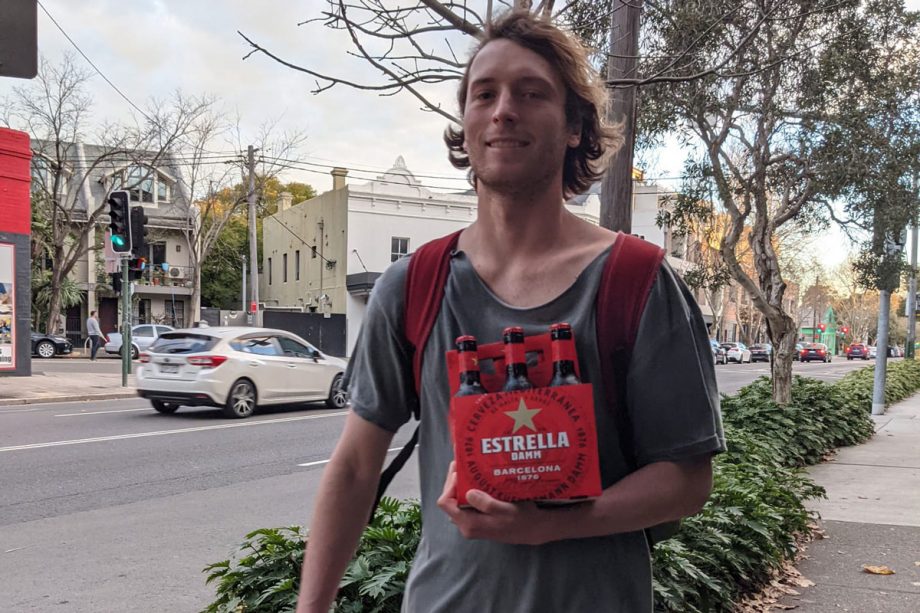 Food, beer, wine, you name it. While I may not have scaled Everest or run across a desert, for me this was quite a feat. It felt good.

The only problem is; your next challenge has to be a little harder