David Goggins Shares The Secret To Being Always Motivated

“I don’t negotiate with myself.” 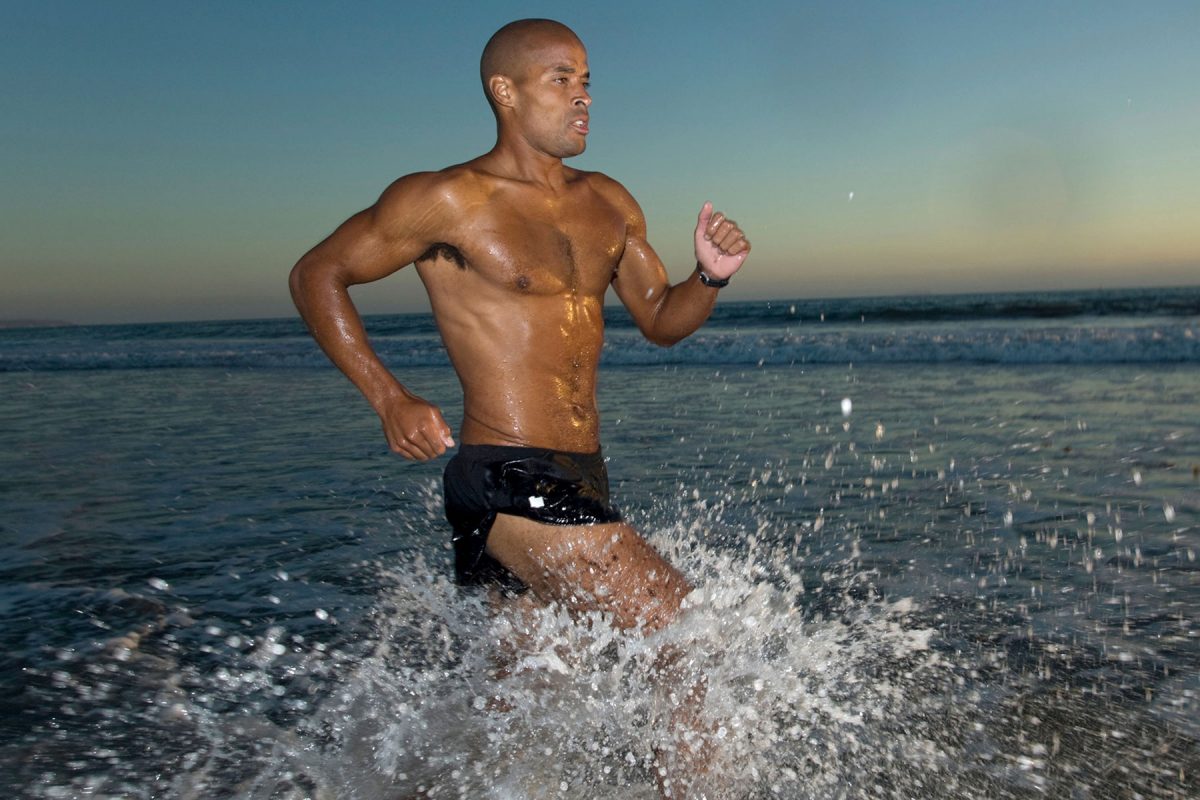 Some reckon the ultra-endurance athlete and former Navy SEAL goes too far – that his grand statements could inspire people to do things that might injure themselves, rather than benefit them in the long run (something I recently put to the test personally).

Others worship at the 46-year-old’s cult, lapping up motivational videos one after the other on Instagram.

To that end, if you are in need of a little masochism to get your backside off the sofa and out the door (or into that icebath) look no further than the following Goggins video, posted early this morning (AEST).

Watch David Goggins reveal his secret to always being motivated below.

If you’re worried Goggins is exaggerating, remember – it’s about the symphony, not the notes (and also, yeah, take it with a grain of salt and some professional advice before applying to your own life or trotting off to run an ultra marathon or something).

“Negotiating with yourself is the root of all evil. It’s a fucking cancer,” Goggins wrote.

“If you are a person who wakes up everyday wondering why you are in the same position you have been in for years, I can almost guarantee you it is because you were in the negotiation phase of your life for too long.”

This rant was inspired, Goggins said in the video, by a meeting with an old friend who was amazed Goggins was able to keep up the same intense fitness routine he had 20 years ago, and asked him how he did it (the answer? “I don’t negotiate with myself”).

“Life requires an abundant amount of action,” Goggins wrote in the caption of the video. “There is no action taken in the negotiation and explaining away phase.”

“If you just got home from school and are having a hard time with a particular subject, you sit your ass down and start studying that very subject again. If you are an athlete and you just can’t hit the shot, after practice, you pick the ball back up again until you get it.”

“These examples are people who don’t negotiate with themselves. This shit can be exhausting. Even more than exhausting, it can be frustrating and mind-numbing. The amount of work and effort required can be overwhelming which is why the majority of us love to negotiate our goals and ‘explain away.'”

“Some of you make yourselves feel better by telling yourself that people in better life situations than you didn’t have the same challenges and problems that got you stuck in the negotiation/explain away phase. Sorry to tell you, most of them did, they just navigated them better than you.”

“Instead of negotiating in life, learn to navigate it!”

Many users chimed in claiming to have been inspired by the post.

One user wrote: “When I think about being soft, I recite all the gogginisms and I get back on the fucking log of life and carry that damn thing with pride.”

Another said: “It’s insane to expect a better result when all you are doing is aiming without firing.”

Another proudly shared a feat of their own: “Ran a marathon today David.”

One user admitted they “literally talked myself out of going to gym this morning” before saying it would “never [happen] again.”

This “not negotiable” message is one many influential figures – from renowned self-help coach Tony Robbins to podcaster and comedian Joe Rogan – have spruiked.

As we wrote recently, it can be very helpful to treat your workouts a bit more like work – scheduling them into your calendar as if they were meetings and sticking to them with the glue-like pegament.