Views from the 6 iron. 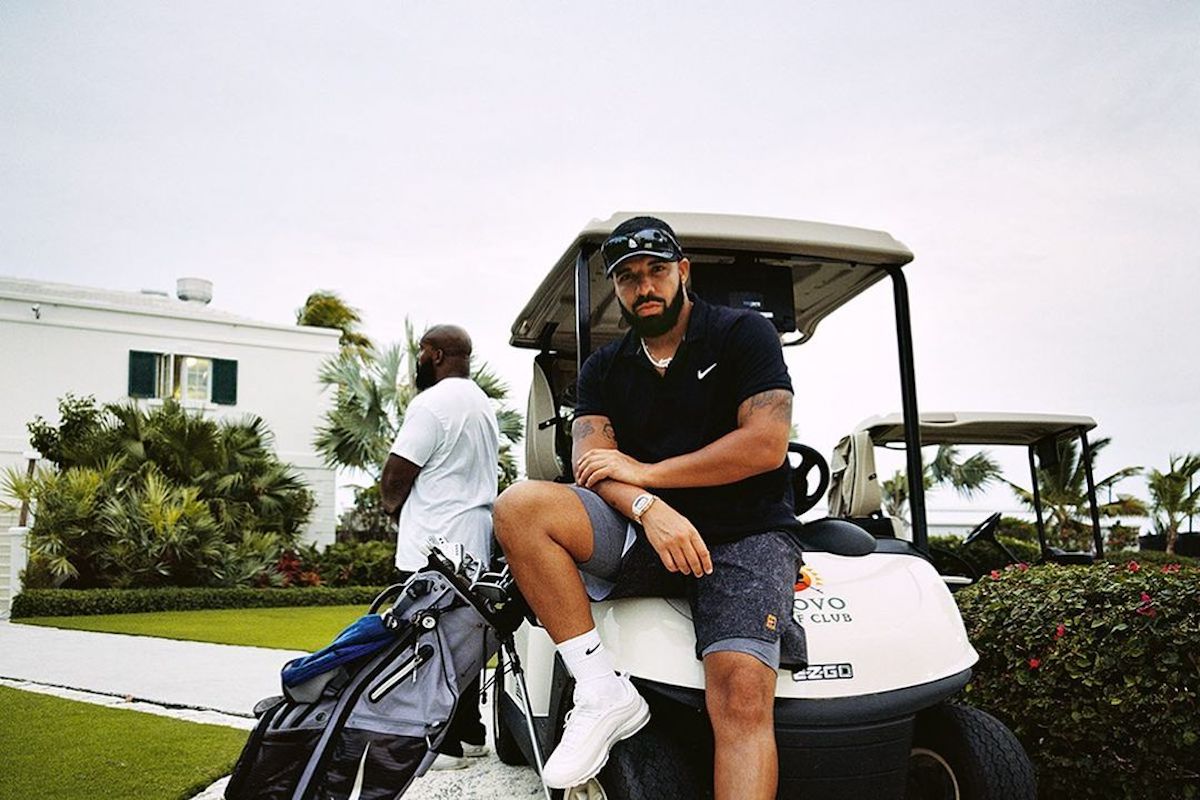 Drake is one of those celebrities whose star power is so immense that anything they touch turns into gold. A modern-day Midas.

Needless to say, Drake’s ventures outside of music have been as successful as they are various. He has his own best-selling bourbon brand, Virginia Black. He has his own record label, OVO Sound, which also produces a highly successful clothing line. Drake’s also recently founded a sub-label with Nike called NOCTA.

It’s this sub-label that’s the focus of today’s story. Over the weekend, Drake shared a sneaky glimpse of a forthcoming Nocta collaboration with golf equipment brand TaylorMade, showing off a close-up of a new TaylorMade P790 Iron club adorned with the Nike ‘swoosh’ logo and NOCTA branding. Drake’s also been spotted wearing ‘NOCTA GOLF’ jackets in recent days and has even shown off NOCTA branded golf balls.

It’s an exciting collaboration for sure, but it’s also one that points to a growing trend. Perhaps reflecting the broader rise in popularity golf’s experiencing as a sport, more and more celebrities are coming out with their own golf collaborations or brands – especially musicians you might not expect to be a fan of the game. They just can’t get enough of it. 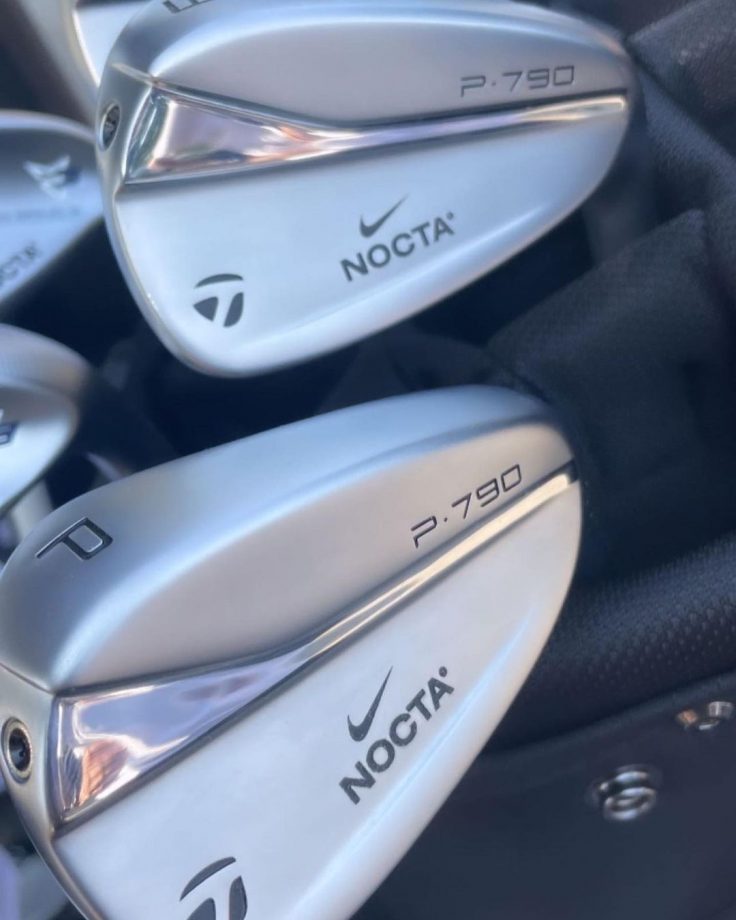 For example, fellow rapper Macklemore has come out with his own line of golfing apparel called Bogie Boys, which features deliberately kitschy, very 70s-inspired clothing and accessories like head covers and ball markers.

Another rapper who’s big on the gentlemen’s game is Tyler, the Creator. His streetwear brand GOLF WANG might not actually be named after the sport (it’s actually an anagram of Wolf Gang, the shorthand for his old rap collective Odd Future Wolf Gang) but like Macklemore’s Bogie Boys, boasts a very distinct 70s preppy aesthetic that’s perfect for the fairway. Indeed, Tyler’s even filmed music videos and comedic skits featuring golf over the years, such is his affinity for the game.

Outside of the rap world, Bill Murray, a noted fan of golf who’s known for his outlandish on-green attire, also has his own golf clothing brand: William Murray Golf. The brand, founded by the famous actor and his brothers, is deliberately a bit off-kilter (sensing a theme here?) As Murray himself puts it, “let’s be honest here, golf can be stuffy and somewhat boring… [we] introduce fun and irreverence to the game of golf.” 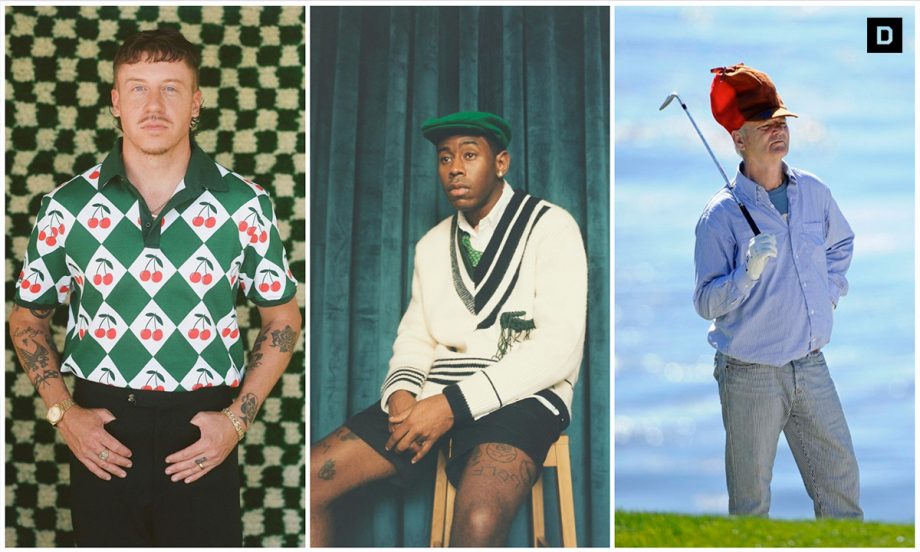 L-R: Macklemore wearing a Bogie Boys shirt from their upcoming 2021 collection; Tyler, the Creator in Lacoste and Golf Wang in 2019; Bill Murray at the 2018 AT&T Pebble Beach Pro-Am golf tournament.

Something all these golf brands/collaborations have in common is that they aim to open up the traditionally very exclusive, conservative world that is golf to new blood. People who may have previously been put off by golf’s uptight image are discovering, through their favourite celebrities, that it can also be a fun, irreverent and – shock, horror – cool sport to play.

RELATED: The Best Golf Gifts For Men Who Love A Bit Of Fore Play

Even if you see these sorts of celebrity golf ventures as superficial, it’s hard to deny that getting new blood into the sport isn’t a bad thing. If Drake putting his logo on some golf clubs inspires some kids to take a second look at the sport, who knows? We could end up with a new Greg Norman on our hands…

Speaking of, we put some of The Great White Shark’s most radical fitness advice to the test ourselves and found out that it’s actually pretty genius. Read that story here.