“Flexing has got out of hand.” 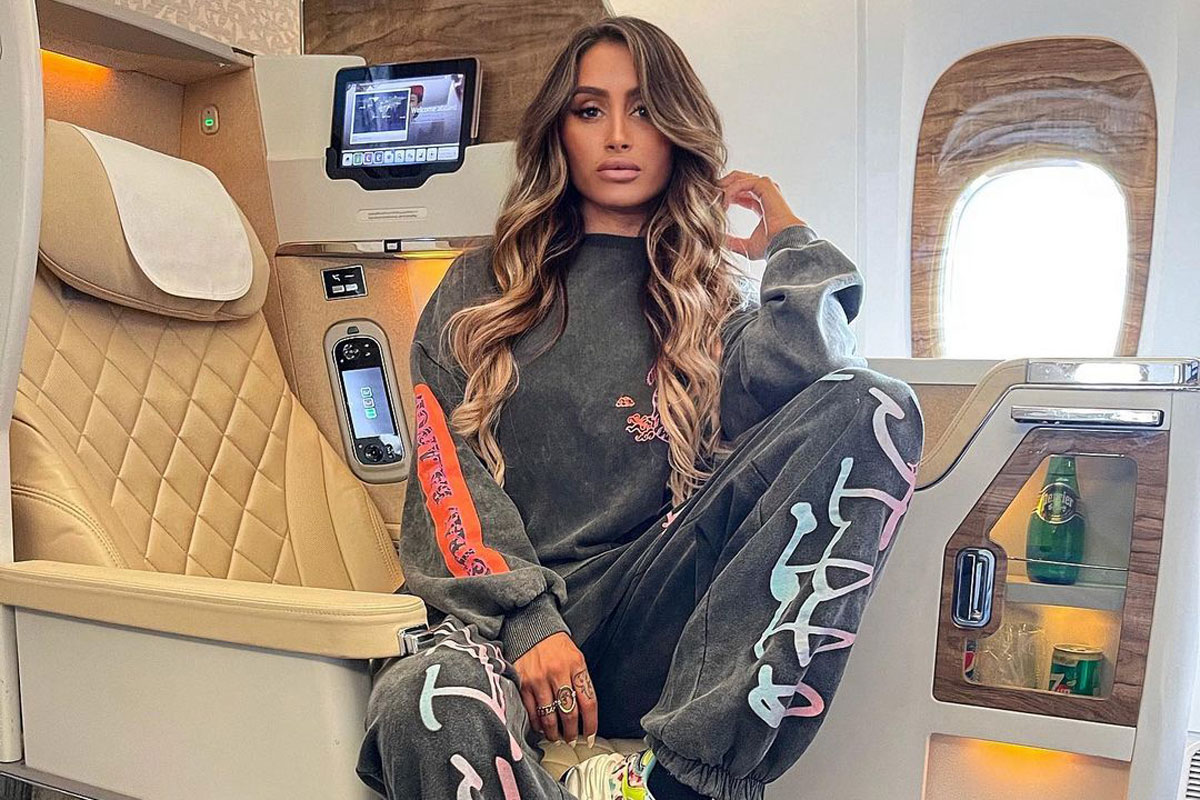 First-class flights are all about flexing so hard your biceps pop, right? Wrong.

One frequent first class flyer recently took to Instagram to critique this particular attitude, which he often sees “on Dubai flights particularly.”

This insight comes from James Asquith, who is the founder and CEO of Holiday Swap, and the youngest male to visit all 196 countries.

Asquith last week posed in his British Airways First Class Cabin seat and wrote: “Am I doing ‘it’ right? Is this how all the fake balenciaga wearing flexers flying into Dubai do it? Flexing has got out of hand in my opinion.”

“As anyone that has known me for a while knows – I laugh at myself more than anyone else could laugh at me, and as a very unmaterialistic guy, my one muse is nice flights as I spend so much of my life on planes – but I’m that peasant in first class.”

“Come from nothing, worked hard, and there’s really no need to flex (especially when 80%+ of it is likely fake on social media). Dubai flights are bad for it – the people taking a picture of business class whilst sitting in premium economy thinking that’s a flex?”

“Nothing wrong with where you’re sat – but the faking it is so unhealthy for people. Be honest where you are in life and work hard to be where you want to be.”

“This ‘fake it till you make it’ culture is nauseating and so unhealthy for a young generation.”

“I see so many people fake-flexing on Dubai flights particularly. Anyway, here I am being a total bellend as always, wearing about $100 worth of clothes (which is high end for my wardrobe!).”

Many commenters on the post appeared to agree with him. One wrote: “truth bro.”

Another quipped: “Buddy, you suppose to make a beautiful flat lay of your things on the table!”

Yet another jokingly said: “You supposed to put your feet on the tv.”

Frequent Pointy End flyer, Immanuel Debeer, recently took aim at posturing too, calling out people who think you need to spend thousands of dollars on your outfit if you want to fly in business or first class.

RELATED: This Snobbish Trait Instantly Exposes You As A First Class ‘Fraud’

Sydney University professor of sociology Robert Van Krieken has previously spoken to DMARGE about posing at 40,000ft, explaining a lot of it comes down to the “performativity of Instagram and Twitter.”

“They’re communicating primarily with their social media audience, not with the other people on the plane.”

Social media is the driver of a lot of the in-flight controversies we see today. One man went viral in January 2020 for pretending to have a broken ankle in order to get an upgrade (and he’s far from the only one to try these kinds of business class high jinks).

Watch a Youtuber prank his way into business class, by pretending to have a broken ankle, in the video below.

Even more recently, a French influencer, in June 2021, exploded the airwaves by posing in business class for a photo on her way through to economy, inspiring a range of responses (from “admire the hustle” to “this is why this generation is a mess”).

According to the New York Post, one social media user wrote: “If you’ve ever been out this way, this sums up the culture [in Dubai, where the influencer was allegedly based].”

“A bunch of people pretending to either be rich, a model, or an entrepreneur. 90% of the people in that city pretending.”

The influencer, Oceane El Himer, allegedly hit back (at comments like these), writing: “no shame in traveling in eco class.”

“I took several flights to arrive in the south, including one in eco class. Took a picture and I accepted. I fully assume the fact of traveling in eco class, I’m not the type of girl who likes to show her money… Yes I traveled in eco and in business. And so?”

“Much more serious things are happening in life.”

Himer, also posted another Instagram image of herself and a friend in business class, writing: “This time I promise I payed” (translated from French).