‘Tough As Nails’: The American 4×4 The Australian Car Market Is Crying Out For 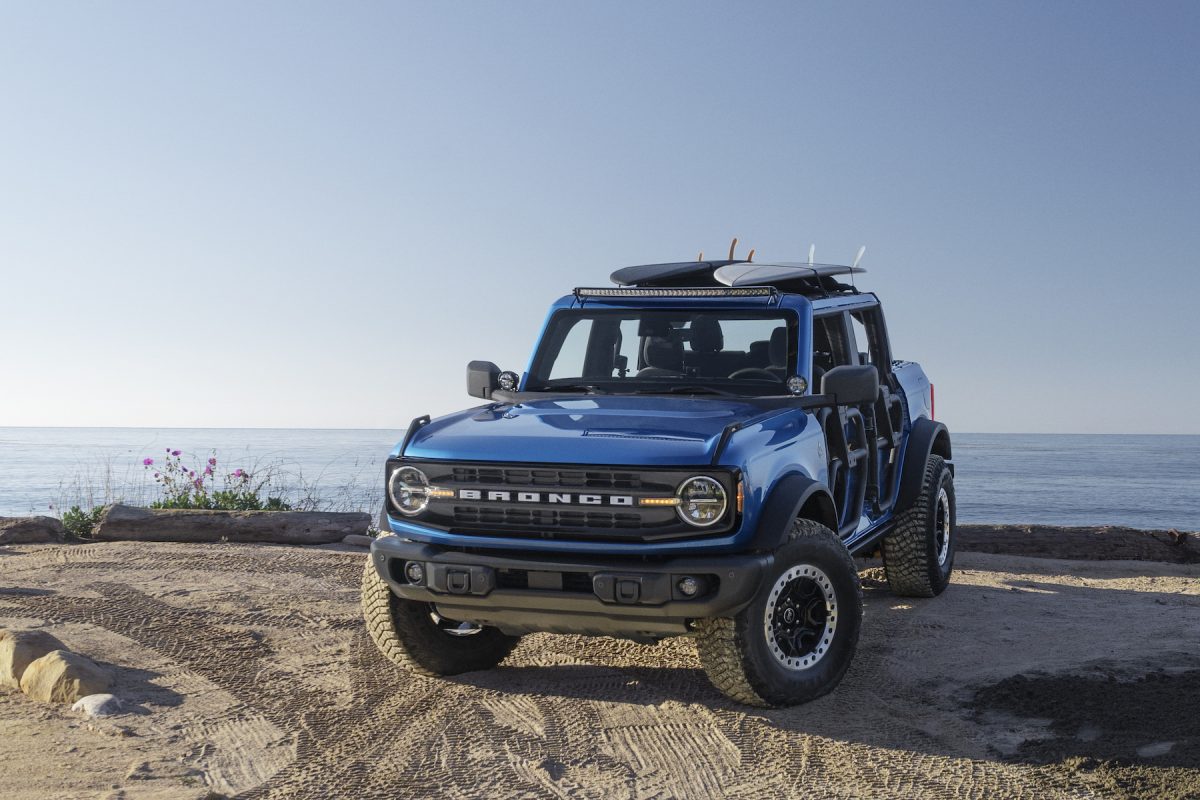 The 2021 Ford Bronco Riptide, a prototype that hints at the versatility of the new 4x4 (and its potential suitability for Australia...) Image: Ford Performance

Australia is a bit of a four-wheel-driver’s paradise.

Not only do we have some of the most amazing driving roads and tracks in the country, but our relatively permissive vehicle modification rules and extremely diverse automotive landscape means there’s almost limitless potential for off-road action.

Of course, there’s one car that dominates the 4×4 scene – the trusty Toyota Land Cruiser – but there’s plenty of options out there for any budding off-roader: the Nissan Patrol, Subaru Outback, Land Rover Defender, Mitsubishi Pajero, Suzuki Jimny… That’s even before you start talking about the wide variety of 4×4 utes that can more than compete with any purpose-built 4×4 SUV.

But there’s one American purpose-built 4×4 that Australia desperately needs – the new Ford Bronco. And not just because it’s very, very cool. 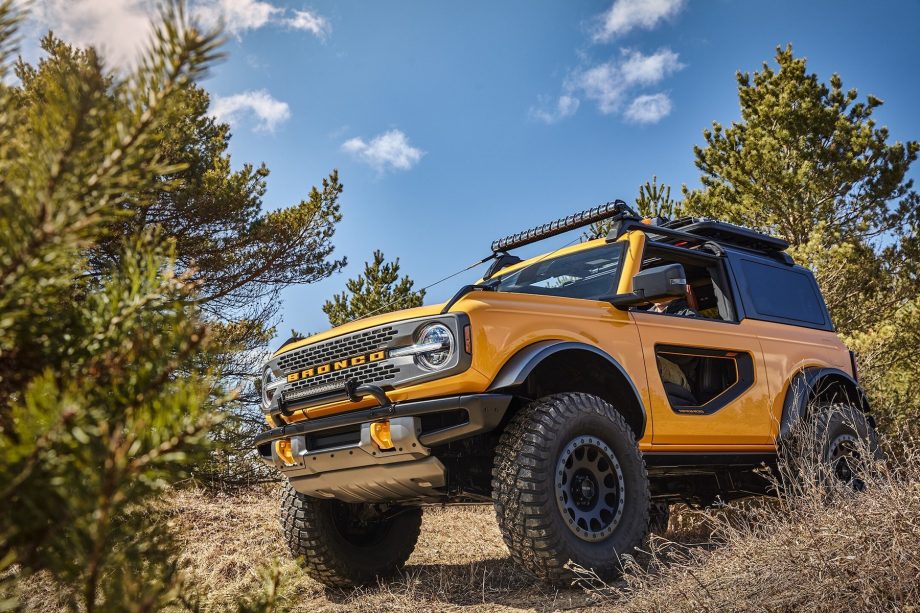 There are more than 200 optional accessories for the new Bronco, allowing owners an enormous amount of customisation… For example, these cutaway-style doors are an option. Can’t get that on a Wrangler from the factory. Image: Ford Performance

First produced in 1965, the Bronco was the first SUV Ford ever made and one of the first SUVs ever. It’s an iconic nameplate synonymous with off-road excellence (as well as OJ Simpson’s famous low-speed highway chase, unfortunately). After a 25-year-long hiatus, Ford has revived the Bronco name in 2021, with an all-new, quite high-tech model aimed squarely at the Jeep Wrangler.

Indeed, the new Bronco boasts many of the signature features of the Wrangler, and often improves on its winning formula. Like the Wrangler, it’s easy to take the hardtop or the doors off a Bronco – but you can actually stow them on board the car if you need to put them back on later, unlike its rival. Both have hardy, easy-clean interiors but the Bronco’s is more modern and has better infotainment options. Crucially, you can get a manual at every trim level for the Bronco – something Jeep only offers on base models.

It’s easy to get lost in the nitty-gritty between the Wrangler and the Bronco, which is not the point of this article. A detailed comparison of the two vehicles can be found on Car and Driver if you’re so inclined.

The reason we’d like to see the Bronco come Down Under isn’t just because it’s an exceedingly cool vehicle (although that is a contributing factor) – it’s because it might help take the heat out of the exceedingly hot car market we’re currently suffering under. 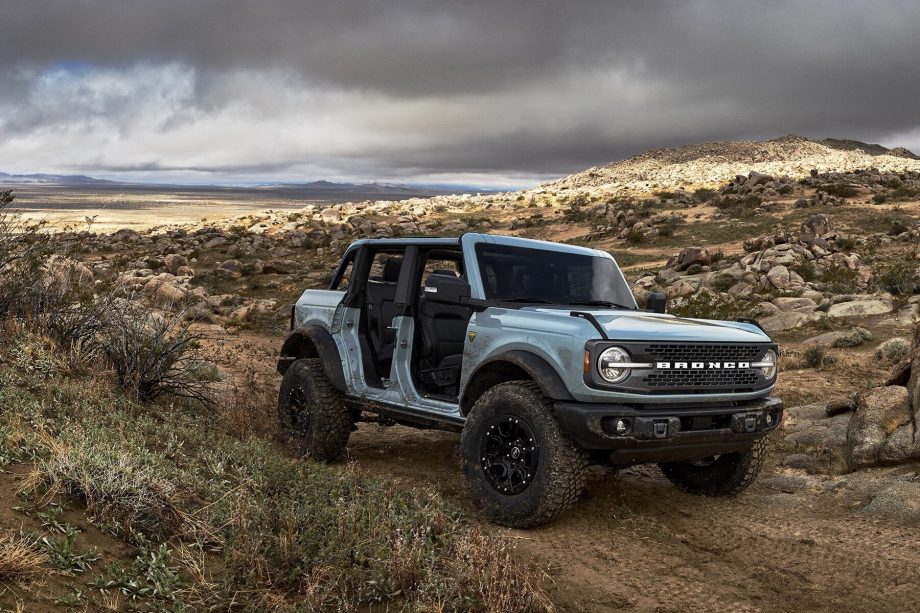 The Bronco, like the Wrangler, is available in 2-door or 4-door variants. Image: Ford Performance

The pandemic has seen the Australian car market go absolutely bonkers, with prices of second-hand cars incredibly hot. But 4x4s have seen perhaps the most intense price hikes, as the popularity of road trips and off-roading has skyrocketed thanks to Australia’s domestic and international border closures. You don’t need frequent flyer miles to hit a bush track…

So while there’s a wide range of 4x4s on the Australian market, many of the most popular and suitable vehicles have become prohibitively expensive, both new and used. Prices for a new Land Cruiser or Patrol start at around $80,000 – that’s dire – and you can be paying as much as double the MSRP for popular cars like the Jimny on the second-hand market.

If the Bronco were to come to Australia, it could potentially take some of the heat out of the market. Indeed, they could even try and undercut Jeep – a two-door Bronco starts at US$29,995 (~AU$41,880), whereas a two-door Wrangler starts at AU$48,950. Admittedly, that would be a surprising move, but even if they double the price, the arrival of the Bronco would provide some price relief.