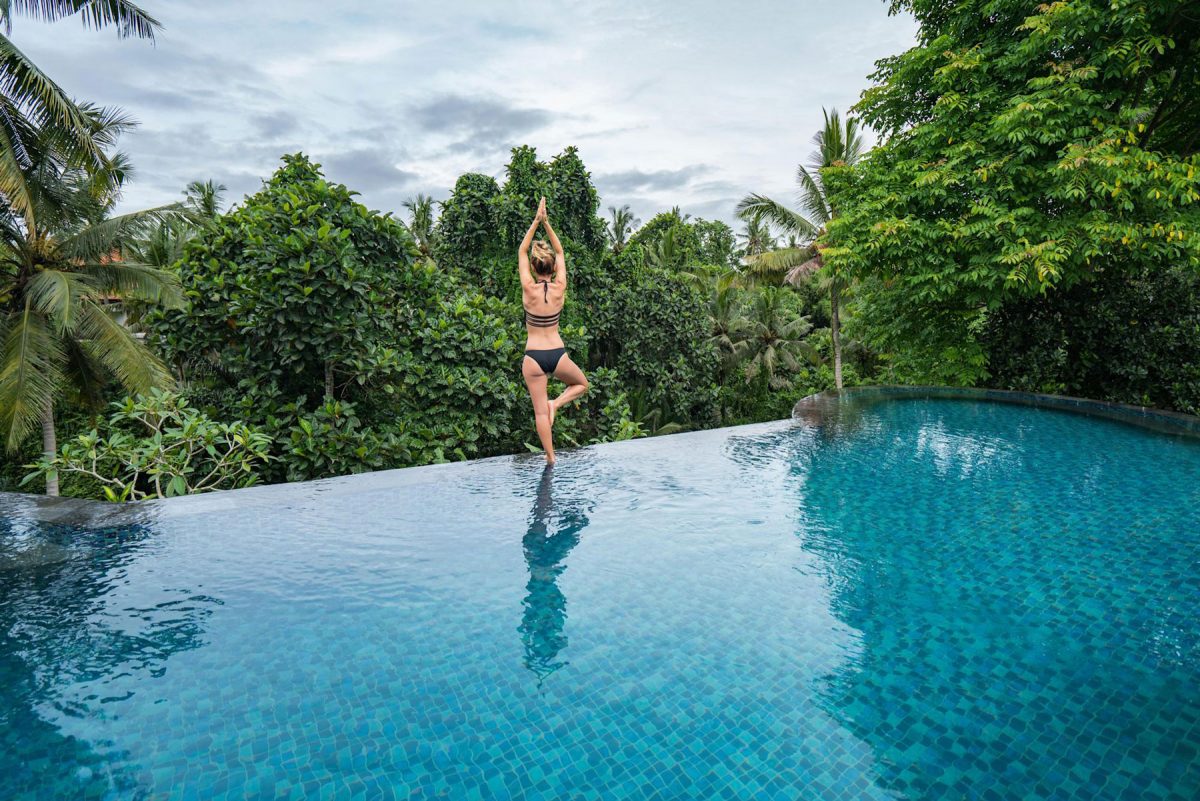 Influencers have done some weird things in Bali. From painting masks on their faces for viral fame (and risking getting deported) to having serious discussions with hard news outlets over the risks and benefits of sunbathing sans clothes, a lot of cheeky acts have made headlines in recent months.

On that note: allow us to present you with yet more photographic evidence of Strange Expat Activity. Courtesy of Bali-based meme account The Canggu Pole, the following video was yesterday posted as an Instagram story.

Watch two ‘influencers in the wild’ wander near a monkey, then get scared, in the video below

The Canggu Pole tagged Instagram account ‘Influencers In The Wild’ in the video. @influencersinthewild has made a name for itself capturing organic footage of influencers taking staged photos.

But back to the monkey. This is far from the first time a tourist has had a mild heart attack thanks to them.

1. A company called Bananas Monkey sent around a baboon & another monkey with PR boxes for its launch to influencers

…but numerous individuals have come a cropper too.

One woman was bitten in Ubud’s Sacred Monkey Forest Sanctuary in 2019, and had to pay $8,000 for precautionary injections to prevent against rabies or other diseases.

In her case, too, taking photos is what made her vulnerable.

She told Yahoo News, “I was there for about an hour before I got bitten. I was photographing a monkey that was about two metres away from me at the time.”

“Suddenly, another big monkey jumped on my backpack and bit my neck from behind. It happened so quickly, I was in total shock, and just pushed him off straight away.”

“He jumped to a nearby ledge and showed his teeth in an aggressive manner. I asked another tourist nearby what my neck looked like and he told me there was blood.”

Anyone who has ever been to Uluwatu will be able to attest to the sneaky tactics employed by monkeys, often stealing tourists’ bags and towels in the knowledge that the local shopkeepers will often give them food in order to get them back…

The monkey incident also plays into a broader theme as well. As The Guardian reported in May, “Bali has hosted a range of badly behaved influencers during the pandemic. And now it’s had enough.” This was referring to the spate of pranks and many foreigners’ lax attitude to Covid restrictions.

Balinese politician and designer Niluh Djelantik told The Guardian: “To the foreigners who have followers, let’s hold hands together with Balinese. Have a little empathy. You may avoid posting (controversial posts), and (have) concern for the people where you stay.”