Not all tatts are made equal.

If we told you back in 2007 that Jonah Hill would end up as one of the most stylish actors in Hollywood you’d probably laugh at us – but it’s true.

The comedian and actor might have built his career off the back of playing nerds, but these days he’s a different man. Not only has Hill lost a lot of weight since his Superbad days, but he’s evolved into one of the most fashion-forward male celebrities on the planet right now, even working with big-name brands like Palace, Marni and Adidas on campaigns, collaborations and exclusive collections respectively.

Another element of his transformation has been getting inked. The 37-year-old now boasts a rather respectable collection of tattoos, ranging from the silly – like the Bart Simpson skull and crossbones on his right arm – to classical pieces, like the pirate ship on his chest.

His latest tattoo, however, is a different beast entirely. Hill took to Instagram earlier this week to show off his most recent design: a yellow ‘Body Love’ tattoo that parodies the logo of Californian surf gear brand Body Glove. It’s a witty piece, but one with a deeper meaning than just riffing on a brand’s name.

We touched on it earlier, but Hill has always struggled with his weight as well as the way he’s been depicted in the media. When you’re a big guy, it’s easy to get typecast – indeed, Hill was inspired to change his lifestyle and slim down so he could “get more serious roles”, Biography relates.

Hill made waves back in February for his insightful reaction to a Daily Mail article sharing paparazzi photos of him surfing; one that was clearly designed to ogle and make fun of his physique. Hill shared the article on Instagram, commenting:

“I don’t think I ever took my shirt off in a pool until I was in my mid-30s even in front of family and friends. Probably would have happened sooner if my childhood insecurities weren’t exacerbated by years of public mockery about my body by [the] press and interviewers. So the idea that the media tries to play me by stalking me while surfing and printing photos like this and it can’t phase me anymore is dope.”

“I’m 37 and finally love and accept myself. This isn’t a ‘good for me’ post . And it’s definitely not a ‘feel bad for me post’. It’s for the kids who don’t take their shirt off at the pool. Have fun. You’re wonderful and awesome and perfect.” 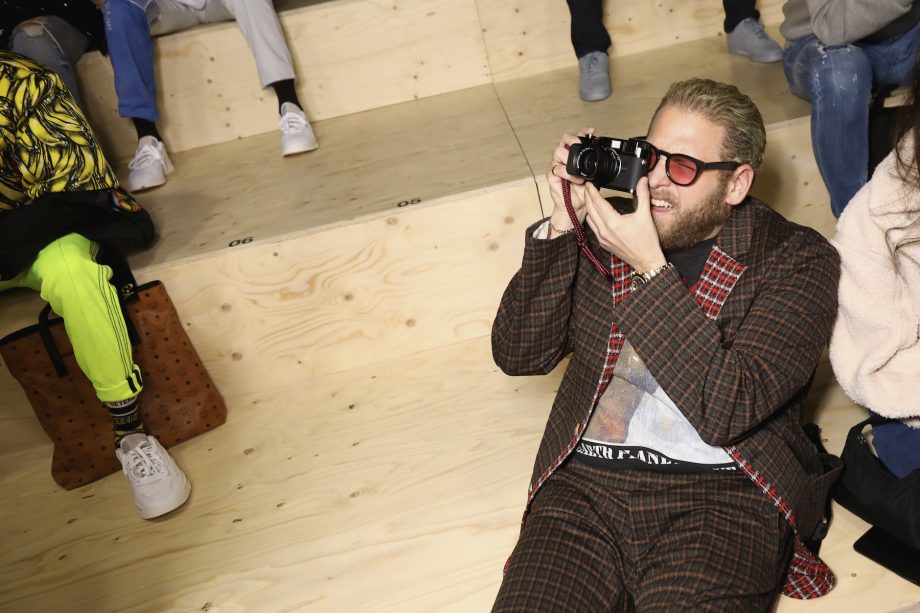 Hill’s ‘Body Love’ tattoo is a powerful demonstration of body positivity, self-acceptance and is emblematic of how much Hill has grown and changed as a man. Power to him – these things still aren’t easy to talk about and the fact he’s embracing it so readily will no doubt be a source of inspiration for other men struggling with their body image.