Kicking goals on and off the field. 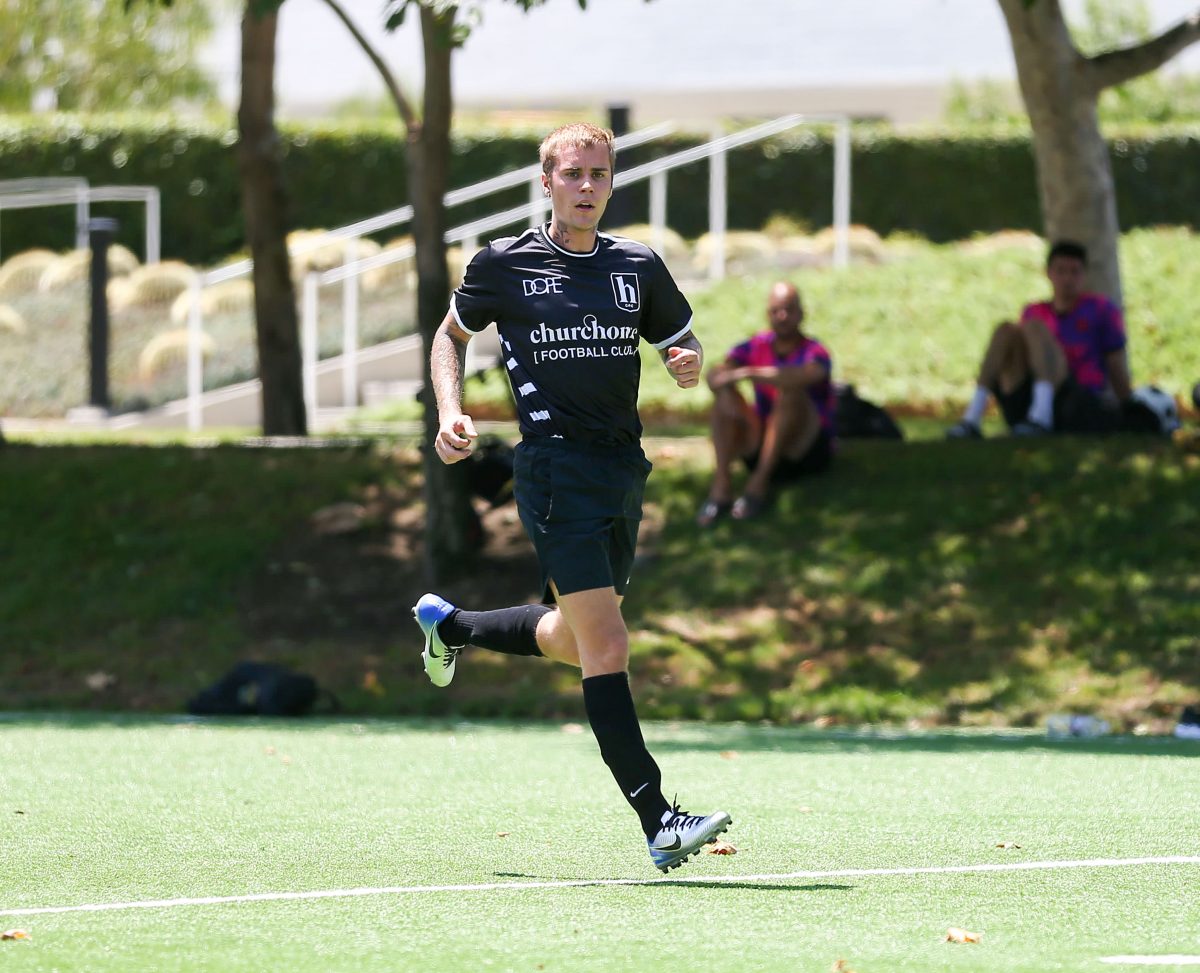 Justin Bieber’s becoming somewhat of a Renaissance man, especially where style is concerned.

From nailing peak French chic in a classic marinière to inspiring revolutionary feelings with a super slick guayabera, the 27-year-old popstar is becoming a man of the world. And what better sport for a man of the world to play than the beautiful game, football? (Or soccer, if you prefer.)

Over the weekend, ‘The Biebs’ was spotted joining in on a friendly local football game in Los Angeles, rocking some rather stylish Churchome FC kit – Churchome being a renewalist Christian church with ministries across the United States (you know Bieber’s been on his spirit quest for a while now).

From all accounts, Bieber actually has a bit of game – and with his short, bleached hair and draped in a football jersey, he actually gave off a rather David Beckham vibe. No hooligans here. 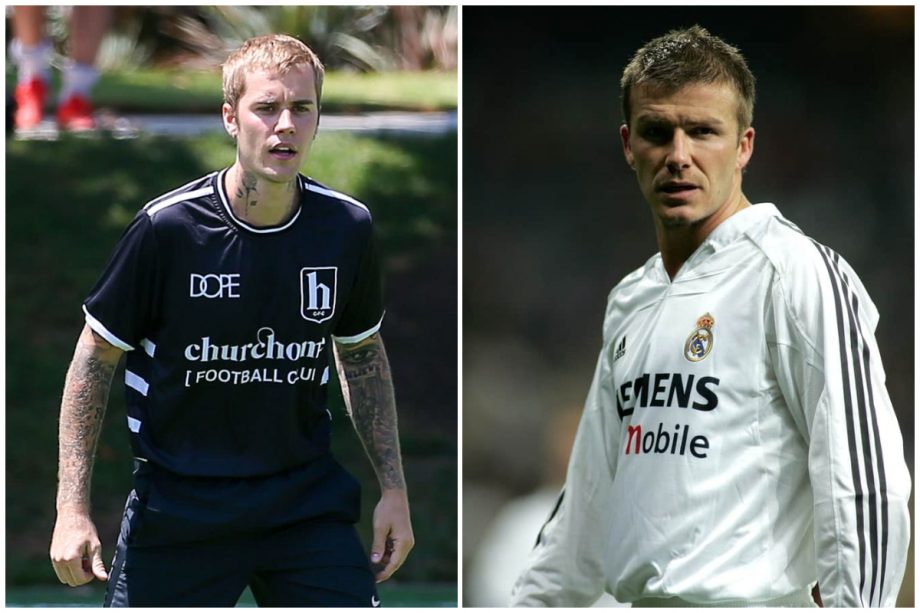 Of course, joining a local football team is a great way to meet new people as well as stay fit and healthy. But we’d be lying if one of the coolest things about football is football kits: no matter whether you’re a Christian Eriksen or a couch potato, everyone looks cool in a jersey.

Speaking of cool football kits, here are some of the best new kits from around the world right now.

Much of the recent media attention surrounding Barça has been about Lionel Messi’s departure from the club. Which is a shame, because besides detracting from their current on-field performance, it’s distracted from the unveiling of their new home kit, which might be one of the best in the club’s 121-year history.

The offbeat design is effectively a minimal rendering of the club’s crest, with a section on the top right of the torso mimicking the St George’s flag while the top left features thin vertical stripes. It’s a clever idea and a big departure from the basic vertical stripes of the 2020/2021 kit.

The new Chelsea kit kicks it up a notch. The English side has always had an eye for clever details, and their 2021/2022 home colours are no exception. While the left shoulder has a reasonably simple blue-on-blue checkerboard motif, the rest of the shirt features a wavy, helical zig-zag that really breaks up the silhouette of the jersey.

As an added bonus, the kit – like virtually all modern Nike football kits – is made from 100% recycled plastic bottles. Good stuff.

Inter’s new fourth kit, however, takes the cake for the most out-there design in professional football right now. A 90s fever dream of bright colours, geometric designs, varied textures and oversized logos, you could be mistaken for thinking this was some sort of FIFA ’21 fantasy kit if not for the blue and black stripes under the Nike logo.

Inter’s home and away kits are also fairly out there, although not as out there as this one. They feature a scaly snake design; a reference to the team’s nickname Il Biscione (“The Big Grass Snake”).

Somewhat more sedate than some of these other designs, PSG’s new kit is notable for two main reasons: firstly, because it’s once again done away with tradition and omitted the classic maillots Hechter red horizontal bar motif, but also because it’s their first kit actually produced by Jordan Brand.

Nike’s basketball imprint made waves when it first penned a deal with the French team back in 2018 – a seemingly bizarre combination – but until now, PSG’s Jordan-branded kits have just been Nike kits with a logo swap. Now, Jordan itself is producing the shirts (one might think it’s a fairly academic difference, but there you are).