Come As You Are.

Justin Bieber might be a real style chameleon, but there’s one thing all of his outfits have in common: they’re comfy.

The 27-year-old Canadian pop superstar isn’t one to suffer for the sake of fashion, far from it: this is a dude who wears baggy tracksuits and Crocs out in public and loves nothing more than an oversized loud shirt or ratty cargo pants.

But there’s something charming about his lackadaisical fashion sense. Actually, it reminds us of another musician who also gets teenage girls’ hearts aflutter: Kurt Cobain. The Nirvana frontman had a similar approach to fashion – idiosyncratic, relaxed and unostentatious. 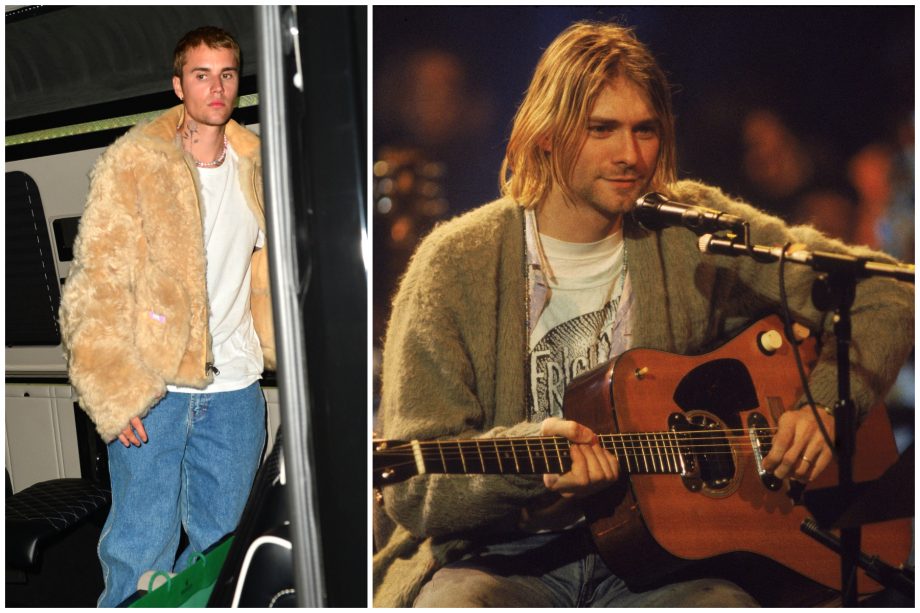 Bieber’s also developed a love for cardigans, one of Cobain’s favourite items of clothing. Indeed, Bieber seems to be cresting the wave that is the cardigan revival, with other musicians and celebrities jumping on the trend in 2021.

Another style instinct Bieber has in common with Cobain is his love for out-there sunglasses. Cobain’s thick-rimmed ovoid white sunnies are iconic and have been imitated countless times over the years… Just look at these thick, round, aggressively pink sunnies Bieber rocked earlier this year and tell me Justin isn’t a fan of In Utero. You know what I’m saying? 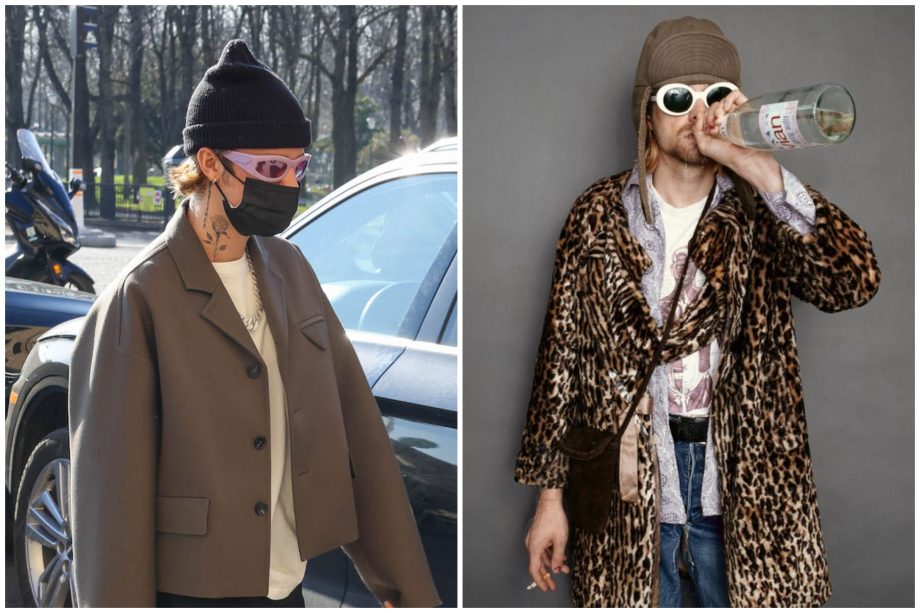 Bieber in Paris in March, and Cobain with his famous sunglasses (and yet another comfy, fuzzy jacket). Images: Getty / W Magazine

Let’s just hope Bieber doesn’t completely follow Cobain’s example, if you know what we mean. He has just turned 27 this year…

RELATED: Before & After Photo Reveals What Tattoos Look Like After 50 Years

Bieber’s been enjoying a rather blessed summer holiday, flitting between Europe and the US along with a huge entourage including his supermodel wife Hailey, manager Scooter Braun and rising Australian hip-hop star The Kid Laroi.

It’s not all play and no work, however: Laroi’s latest single Stay, which features Bieber as a guest vocalist, has been sitting on the top of the Billboard Hot 100 charts for 4 weeks now. Smells like teen success.