‘I Would Have Never Considered Buying A Kia… Until Now’ 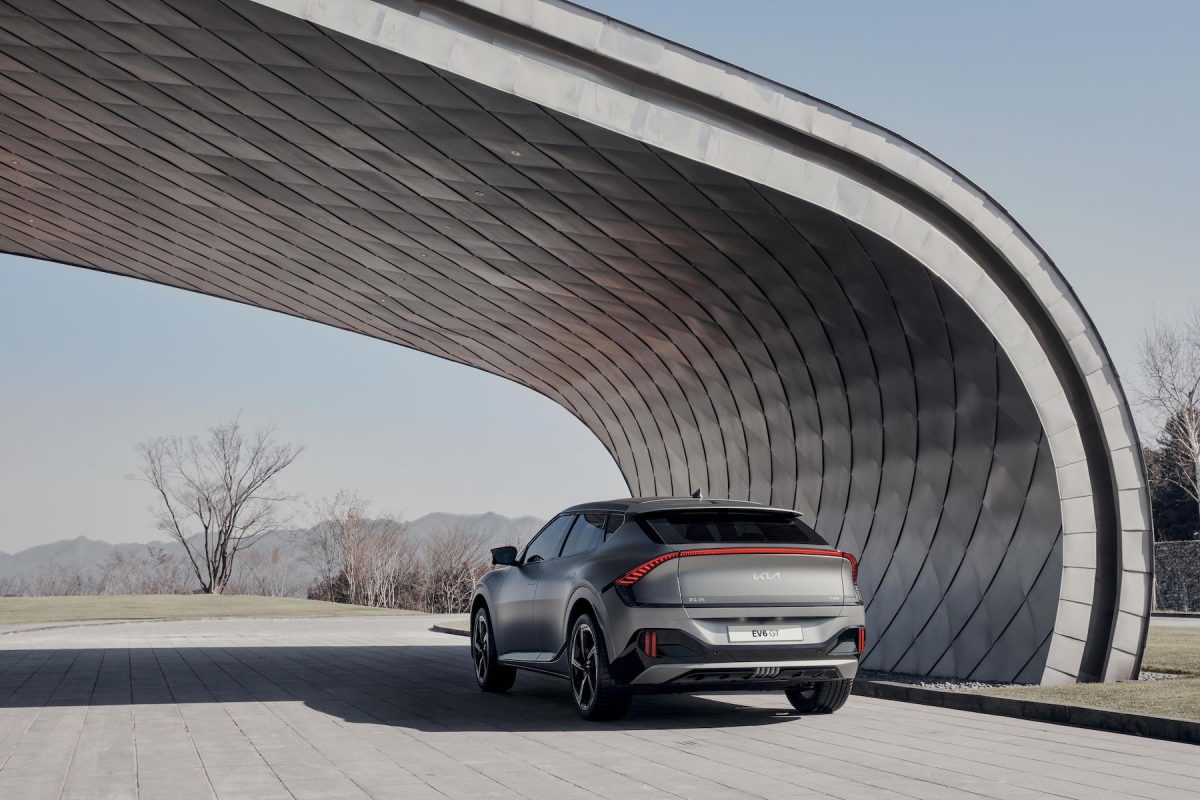 Kia has come a long way in recent years.

The dependable South Korean auto maker has always been reasonably popular in Australia, thanks to its large range of affordable, reliable (if somewhat dull) cars like the Rio and the Sportage. But Kia – as well as South Korean car brands more generally – used to be very much pigeonholed into that ‘boring’ characterisation. In recent years, however, they’ve really started to shrug that dowdy image thanks to some rather inspired vehicles.

First, there was the Kia Stinger: a four-door performance sedan that very cleverly filled the void left by the demise of the Holden Commodore and Ford Falcon. Killer styling, a throaty twin-turbo V6 and luxurious fit-out made it a truly special vehicle. While the car was never quite the sales success Kia had hoped for – the vehicle now facing discontinuation at the end of 2022 – it certainly moved the needle for what Aussies expected from the brand.

Another success for Kia has been the diminutive Picanto. One of the cheapest and smallest new cars on sale in the country, the Picanto has set a new high watermark for what you can expect from a city car – and the GT variant, while hardly a hot hatch per se, is an amazing drive and perhaps, dollar for dollar, the best new enthusiast’s car on the market today.

If the Picanto and the Stinger were a one-two punch, Kia has now thrown a third killing blow with the announcement of their newest electric vehicle: the EV6. High-tech, incredibly good looking, practical and with surprisingly hefty performance credentials to boot, it might just be the most exciting car reveal of 2021.

The Kia EV6 is a compact crossover SUV and the third vehicle to utilise the Hyundai Electric Global Modular Platform (E-GMP), which is shared with the Hyundai Ioniq 5 and the also recently-unveiled Genesis GV60. Where the Genesis is aimed at luxury buyers and the Hyundai at a more broad audience, the EV6 is a more performance-focused vehicle – a characterisation its muscular, futuristic looks and purposeful stance reinforces.

It’s not just looks that differentiate the vehicles. While mechanically, the Ioniq 5 and EV6 are very similar – both featuring a 239kW, dual-motor, all-wheel drive, 77.4 kWh battery setup at their top trim levels – the EV6’s 0-100km/h time is much faster: 3.5 seconds versus the Ioniq 5’s 5.2 seconds (which is still nothing to sniff at; that’s only .3 slower than the Kia Stinger). It also has a greater claimed range (up to 528km) and charges faster (only needing 4.5 minutes to charge 100km of range). 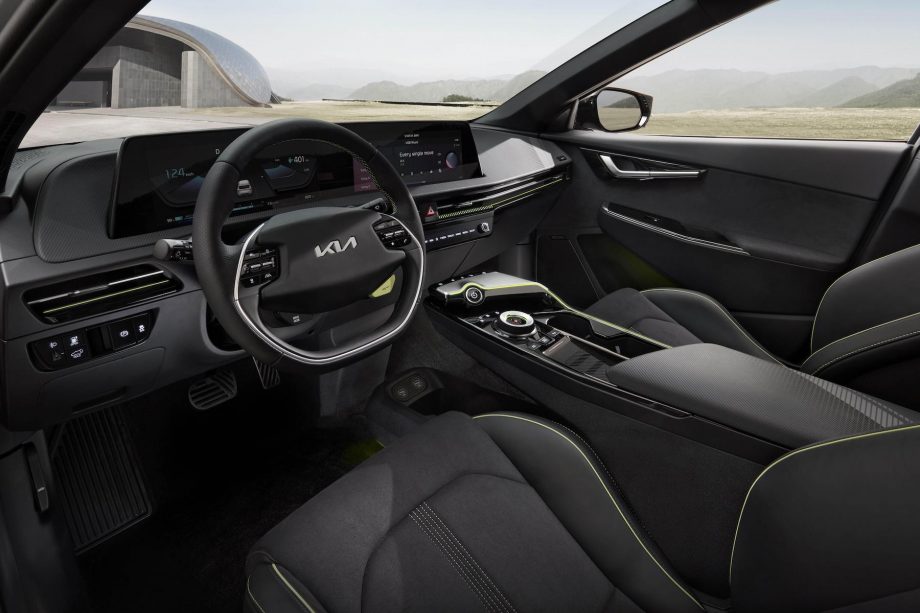 You might be forgiven for thinking this was a Lambo’s interior, but nope, it’s a Kia. The EV6 features a similar two-spoke steering wheel design to those being used by Genesis, Hyundai’s luxury marque. Image: Kia

It’s clear that Kia and its parent company Hyundai are aiming squarely at Tesla with the EV6. But it’s a fight that Kia can actually win. Kia’s build quality is lightyears ahead of Tesla’s. The EV6’s straightforward cabin layout (with real buttons and switches, thank God!) and premium look make Tesla’s overly minimal cabin seem austere by comparison. You can also bet that Kia will trump Tesla when it comes to servicing, warranty and customer service, too – especially in Australia.

But the EV6 isn’t just aiming at Tesla. Volkswagen, too, has finally joined the EV fray with its modular MEB platform, and even the big American auto makers like Ford are finally getting in on the action with vehicles like the Mustang Mach-E. That’s to say nothing of China’s ever-growing fleet of high-tech EVs, like the MG ZS EV, the cheapest new EV currently on sale in Australia.

The EV6 and its E-GMP siblings represent South Korea staking its claim for the future of motoring. And it’s one bold claim. 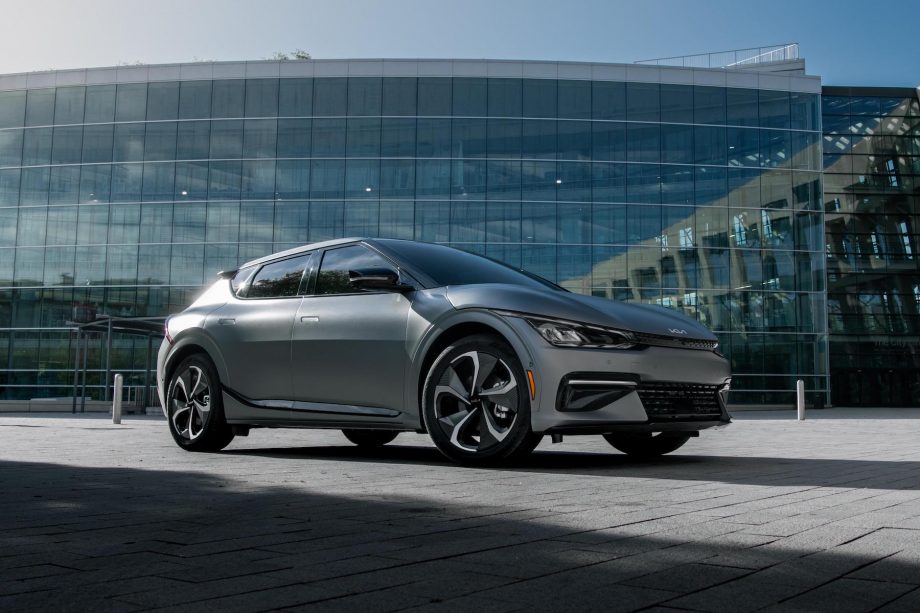 The EV6 from the front. Kia’s head of design, Luc Donckerwolke (who was previously at Bentley) says the EV6’s design was inspired by rally cars like the Lancia Stratos. We don’t quite see it, but it’s a pretty thing nonetheless. Image: Kia

Drive had the chance to test a “near to production-ready prototype form” earlier this month, and they were impressed. Kia hasn’t announced an exact date for when the EV6 will arrive in Australia next year (or how much it’ll cost) – you can bet it won’t exactly be the cheapest car around – but it will most definitely undercut its European/premium competition… Or at least, be a more than worthy contender.

And ultimately, that’s what we think is so special about the EV6. The EV market in Australia (which admittedly is very nascent) is dominated by either luxury marques on one end of the spectrum or rather plain offerings on the other end. The EV6 is neither of those things. It’s a car that we think will finally change the outdated conception of South Korean vehicles whilst also shaking up the EV/performance landscape in one fell swoop. In short, we’re bloody excited.

Here’s some other needle-shifting, upcoming EVs we’re excited about: 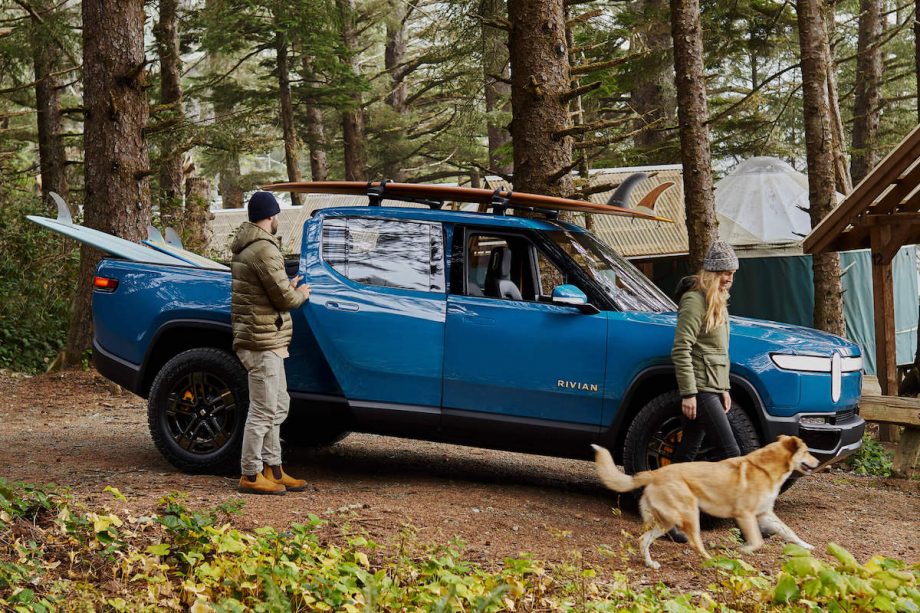 The Rivian R1T. Rivian also has plans for an SUV variant named the R1S. Image: Rivian

Not only does it look amazing – more conventional than the Blade Runner-esque Cybertruck but still plenty futuristic – with over 482kms of range, 35cm of ground clearance and a 0-100km/h time of under 3 seconds (depending on your tyre choice), the R1T is a truly exciting prospect, which has already convinced hundreds of buyers to put deposits down for the forthcoming beast.

But the really exciting thing about the R1T is its practicality. Aside from the spacious interior cabin and large tray, the ute features a huge ‘gear tunnel’ under the rear seats which can store a number of different modules, including a ‘Camp Kitchen’ module that looks to be a game-changer for off-road camping – or simply be an extra storage location for large, bulky items.

As alluded to, the R1T is available now for pre-order with prices starting at US$73,000 and deliveries beginning January 2022. It’s only available in North America at this present moment but Rivian have confirmed an Australian launch, as well as registered trademarks for a whole range of EVs – seemingly preparing a full-scale assault on Australia’s ute and SUV market, as CarsGuide relates. 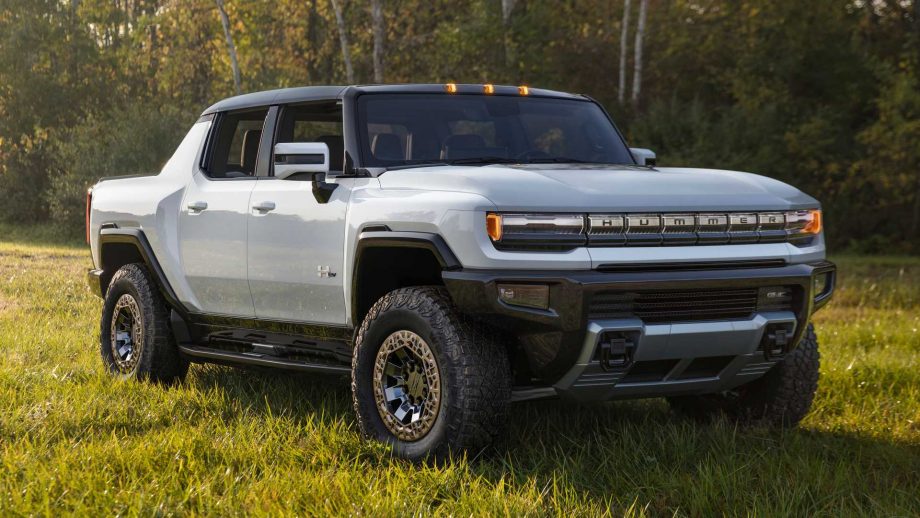 The new GMC Hummer EV, seen here in truck format. In a similar situation to the R1T, the imposing vehicle will also be available in an SUV body style come 2022. Image: Motor1

If we’re talking about vehicles that are designed to completely rehabilitate a car brand’s image, the new GMC Hummer EV 4×4 comes to mind. Yes, you read that right. American auto giant General Motors has revived its controversial Hummer brand as an electric-only endeavour.

The biggest criticism of the civilian Hummer was that it had none of the off-road capability of the mil-spec Hummers it was trying to aesthetically imitate, while still having just as poor fuel economy. The Hummer EV, however, not only looks cool but has the off-road capability to back up its chunky looks – oh yeah, and doesn’t burn any fossil fuels while doing so.

Billed as “the world’s first zero-emissions, zero limits all-electric supertruck,” the new Hummer ain’t no gimmick. With a claimed 0-100 time of just over 3 seconds, four-wheel steering, over 40cm of ground clearance and even waterproof underbody cameras that can help you pick the best line when navigating a trail, the Hummer EV is sure to revolutionise off-roading.

The Hummer EV is currently only available in North America, and hasn’t really hit showroom floors yet even there. Reservations for the US$112,595 USD (~AU$146,000) Edition 1 variant filled up ages ago, with deliveries for that top-flight model scheduled for mid-2021. The base model Hummer EV², which has a US$79,995 (~AU$103,500 AUD) sticker price, won’t be available until 2024, GM relates, and they’re yet to announce any plans to bring the car Down Under. Still, one can only dream… 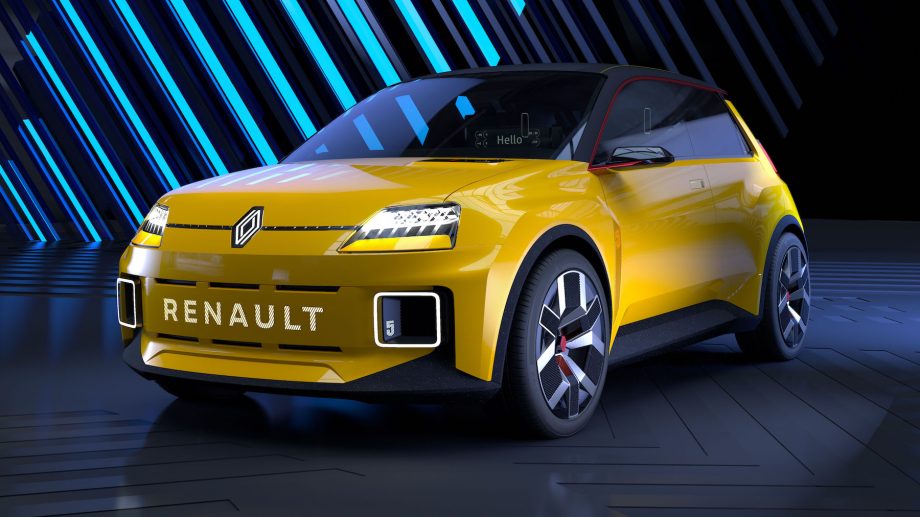 The Renault 5 Electric concept car. While this is but a concept car, production has been confirmed for the pint-sized Gallic pocket rocket within the next three years. Image: Top Gear

From 4x4s to hot hatches: another car we can’t wait for is the Renault 5 Electric. Renault (as well as French cars more broadly) have never really had a stellar reputation in Australia – indeed, their value proposition has never quite weighed up as well as their German or Japanese competitors. But like the EV6, the Renault 5 Electric could do much to rehabilitate Renault’s image in the eyes of Aussies.

Just as the original Renault 5 changed perceptions on what a small, affordable car could offer drivers, the new Renault 5 Electric is also intended to “democratise the electric car” and provide a practical, affordable yet fun entry point into the world of electric vehicles. Additionally, just as the original Renault 5 had some great ‘hot’ versions, like the bonkers Renault 5 Turbo, there’s plans for a performance Alpine variant of the Renault 5 Electric – as well as even a van version.

Will it succeed in Australia? Hard to say. Renault’s current small EV, the Zoe (which the 5 Electric will almost certainly replace) was pulled from the Australian market in 2019 after Renault only sold 63 examples of the thing after three years, with the brand directly citing the lack of Australian government incentives as the main reason for the Zoe’s axing. But in terms of aesthetics, performance and affordability, the Zoe is worlds away from the 5 Electric – and so it might just be what the doctor ordered for EV sales Down Under. 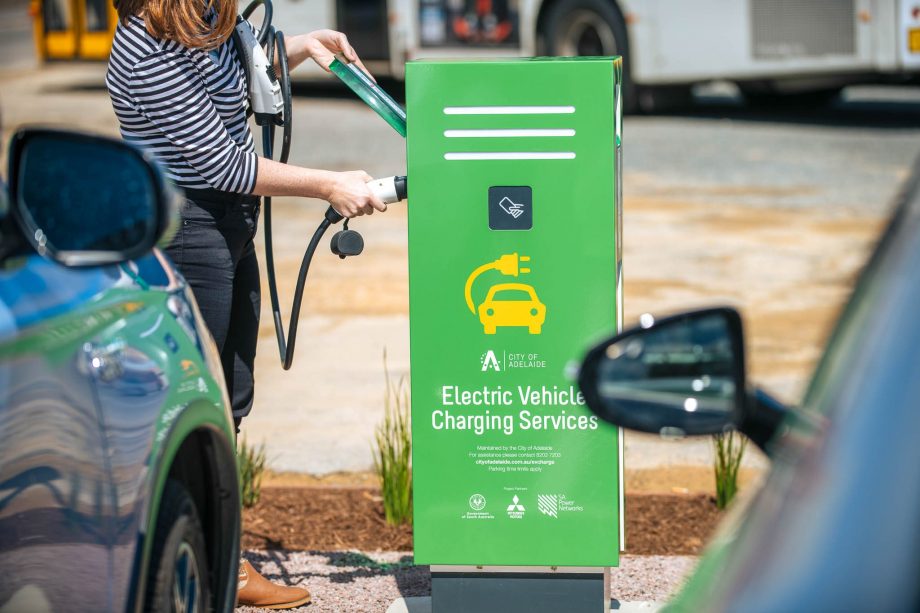 RELATED: Australia In The Dark Ages While Germans Get Free Electric Cars

All these vehicles are but one part of a bigger picture. The big takeaway is this: the rise of EVs have let non-traditional players gain a leg up in the ultra-competitive car market. It’s become a game of technology rather than just straight luxury or performance.

We’re in the midst of a paradigm shift – and we can’t wait to see what happens next.