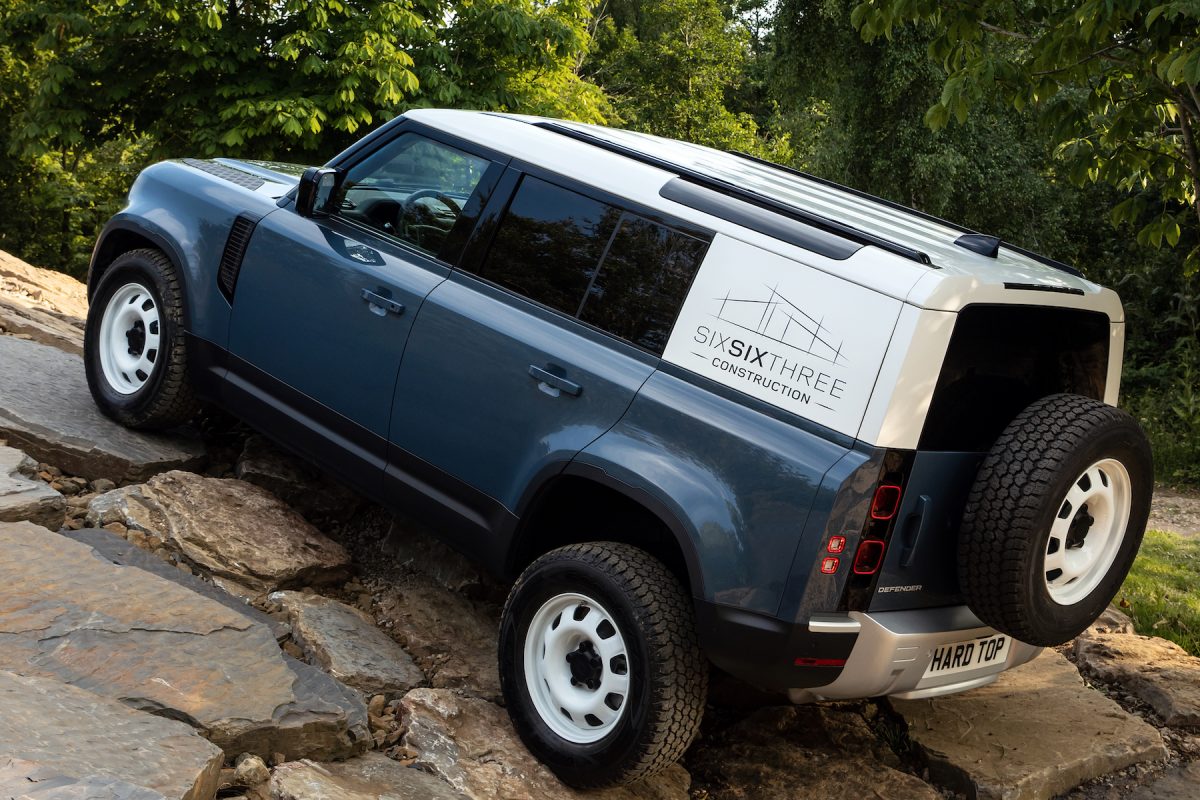 The Land Rover Defender is easily one of the most iconic cars of all time. First introduced in 1983, the boxy British 4×4 enjoyed a 33-year-long production run, during which the car saw very few substantial changes. When production finally wrapped up in 2016, it devastated many automotive enthusiasts, despite the fact the Defender was by that point a rather ancient car from a technical perspective.

Land Rover had been working on a replacement for the Defender as early as 2012, and in 2020, they finally brought it to market. The new Defender (officially designated the L663) might share the old model’s name but it shares little in common with it: the L663 shares no components or technology with its predecessor; features an aluminium unibody instead of a body-on-frame construction; and is much more geared towards luxury than the old model, like the rest of the modern Land Rover range.

So it came as a surprise (and somewhat of a relief) when Land Rover announced plans to reintroduce a ‘Hard Top’ commercial variant of the L663. The Defender, as well as the original Land Rover series, were always popular as commercial vehicles, with pickup and panel van variants well-loved by farmers and tradespeople around the world – especially in the UK and Australia.

But according to Jeremy Clarkson, the world’s most prominent motoring journalist and now a gentleman farmer, the new ‘Hard Top’ doesn’t hold a candle to the commercial Defender models of old. Indeed, he reckons it’s a bit “pointless”.

The curmudgeonly ex-Top Gear host was trialling one of the new commercial vehicles on his hobby farm in the Cotswolds, his exploits at which have become the focus of a new Amazon Prime series called Clarkson’s Farm. Initially enamoured by the looks of the vehicle (especially its steelies), he found that it didn’t really live up to his expectations.

His first complaint? The pricing. While Defenders were never the cheapest option on the market, even in their heyday, their current £42,920 (AU$77,000) and £51,550 (AU$92,500) base prices for the three and five-door models respectively are pretty eye-watering, he related in his Sunday Times column. That only gets worse when you start adding optional extras, of course.

He also suggests they’re not very practical as a van, citing its sideways-opening rear door  as “a nuisance in tight spaces.” and that “the bulkhead…robs a lot of space.” The quality and fragility of the interior plastics was another sticking point, Clarkson quipping that “if you need to get your sheep to the abattoir… [it will] look like the aftermath of a high-speed Formula One crash.”

“There have long been complaints from certain quarters that the new Defender is too complicated and expensive to fit the requirements of tradesmen and hill-farmers. The ‘Hard Top’, [Clarkson] concluded, is an ‘afterthought car’ that was meant to address that complaint, but which still doesn’t really fit the bill.” 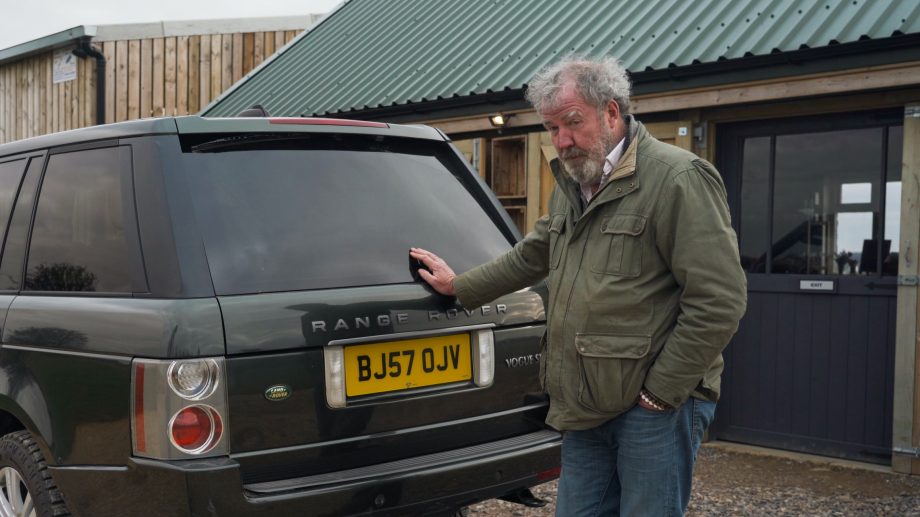 Jeremy Clarkson with his Range Rover Vogue during the filming of ‘Clarkson’s Farm’. Image: Foodtribe

Of course, it’s often hard to sort the hyperbole from the honesty when it comes to Clarkson, but it is true that the new L663 Defender’s pricing at least is a bit on the nose. Still, compared to Toyota Land Cruiser prices right now, $92,500 seems like a bargain…

The reality is that the 4×4 panel van – or panel vans more broadly – are a bit of a dying breed. Panel van variants of passenger cars used to be a common sight on British and Australian roads: from the diminutive Mini Clubman to the shagadelic Holden Sandman, the institution that was the ‘pano’ has largely been dead and buried.

Dual-cab utes with canopies like the Ford Ranger or purpose-built vans proper like the Toyota Hiace dominate commercial fleets these days. You can still get poverty-spec Mercedes-Benz G-Classes with a tray back if you really want one, and there’s still heaps of ‘troopie’ Land Cruisers and Defender Perenties around, but you’re starved for new 4×4, commercial vehicles in the same vein as the original Defender.

Indeed, three-door SUVs are also somewhat of a dying breed, with the new Defender, Jeep Wrangler and (currently USA-only) Ford Bronco the most notable remaining flag-bearers. That you can even get the L663 not only as a three-door but as a panel van as well is rather commendable and somewhat of an oddity in today’s automotive landscape. 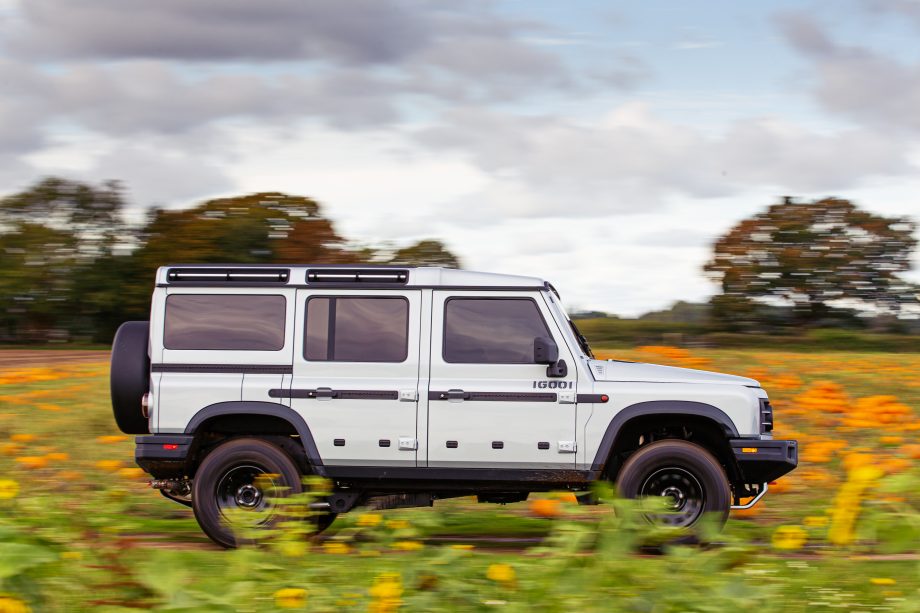 A prototype of the INEOS Grenadier. Image: INEOS

We suspect Land Rover was inspired to offer the ‘Hard Top’ as a reaction to the forthcoming INEOS Grenadier, a third-party aesthetic and spiritual successor to the old Defender and is being squarely aimed at commercial buyers. While INEOS hasn’t announced plans to offer a panel van Grenadier variant, we’d be very surprised if they didn’t.

While Land Rover hasn’t confirmed officially that they’ll be bringing the ‘Hard Top’ L663 Down Under, they have made a filing for the vehicle in the Road Vehicle Certification System (RVCS) – an Australian government database listing all vehicles compliant and certified for sale in Australia – which suggests they’re serious about launching the car here, Drive relates.

The question is this: will Aussie tradies actually want to buy them, or will they just be bought by posers? Watch this space.