You can take a man out of Stevenage, but you can’t take the Stevenage out of a man.

Sir Lewis Hamilton, the greatest Formula One driver of all time (sorry Schumacher fans, the stats don’t lie) and one of the most dynamic celebrity presences in the world, is known for being just as dominant when it comes to style as he is on the track.

The 36-year-old Brit, in comparison to the rather sombre sartorial instincts of his F1 driver peers, has an eclectic fashion sense – and a penchant for out-there luxuries, such as these Bottega Veneta boots or this double denim Dior ensemble.

His latest outfit is no exception. Keeping dry before the Belgian Grand Prix in Spa on Friday, Hamilton showed off a ‘luxurious yet chavvy’ outfit, kitted out in a blue, black and white Balenciaga tracksuit he’d zipped up all the way to his neck paired with a Balenciaga x Gucci festival bag. All he’d need is a Burberry cap to complete the transformation to full geezer. 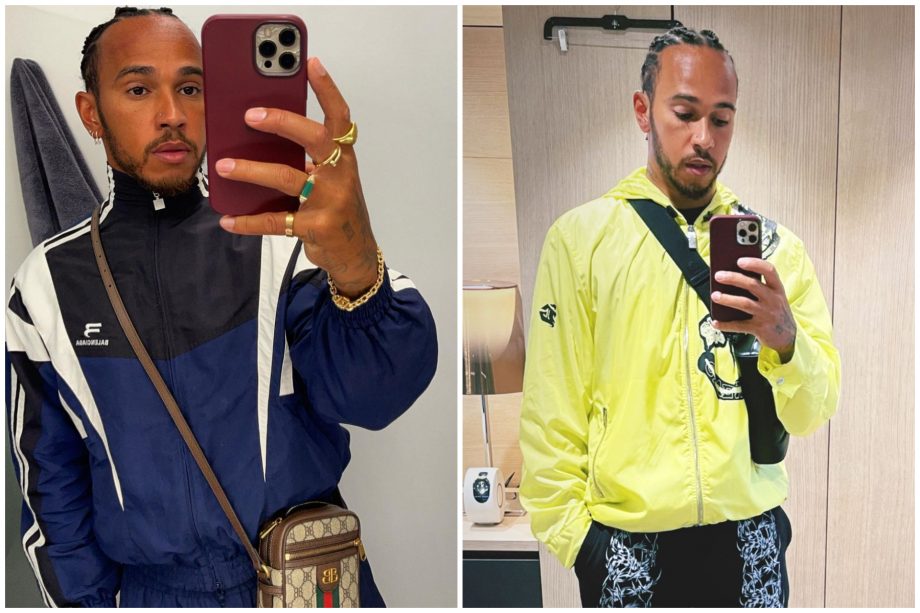 Then, ahead of the race on Sunday, Sir Lewis showed off yet another ‘Luton bus stop special’ tracksuit fit, this time one with a neon jacket and black, heavy metal-inspired black bottoms. Can’t beat a good mirror selfie, it seems.

It’s interesting to see how luxury fashion houses like Balenciaga, Gucci, Burberry and others have embraced streetwear in recent years after years of shunning the scene. It’s normal these days but it’s not too long ago that the thought of a Balenciaga tracksuit, Louis Vuitton collaborating with Supreme or Prada making bucket hats would have been considered a pipe dream.

Hamilton might dress like a geezer but it also seems he can get fired up like one, too. After a controversial Belgian Grand Prix where torrential rain saw the race reduced to only 3 laps around the Circuit de Spa-Francorchamps behind a safety car (with results taken after only the first lap as per F1 regulations, making race day almost completely irrelevant), the Mercedes driver expressed his unhappiness on Instagram in no unclear terms. 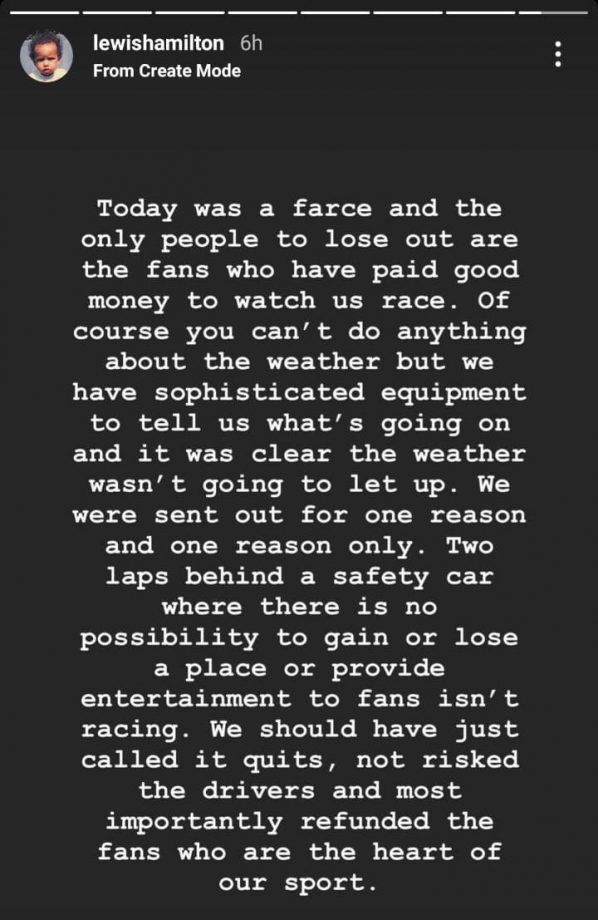 The 2021 Belgian Grand Prix now holds the inglorious record for being the shortest Formula One World Championship race ever held, beating the previous record held by the 1991 Australian Grand Prix, which was only 14 laps long.

When all was said and done, Hamilton secured third place, with Williams young gun George Russell finishing second (his first-ever F1 podium and second-ever points finish) and Red Bull champ / Lewis’ main rival Max Verstappen snatching the win. Only half points were awarded, as less than 75% of the race distance was completed.

The title fight between Hamilton and Verstappen remains incredibly close after this 12th round of the 2021 Formula One World Championship, with Hamilton now at 202.5 points and Verstappen at 199.5 (with McLaren’s Lando Norris miles behind in third with 113 points). Next up: the Dutch Grand Prix in Zandvoort this coming weekend.