Lionel Messi Arrives In Paris With Rolex To Match His Paycheck

Time for a sea change. 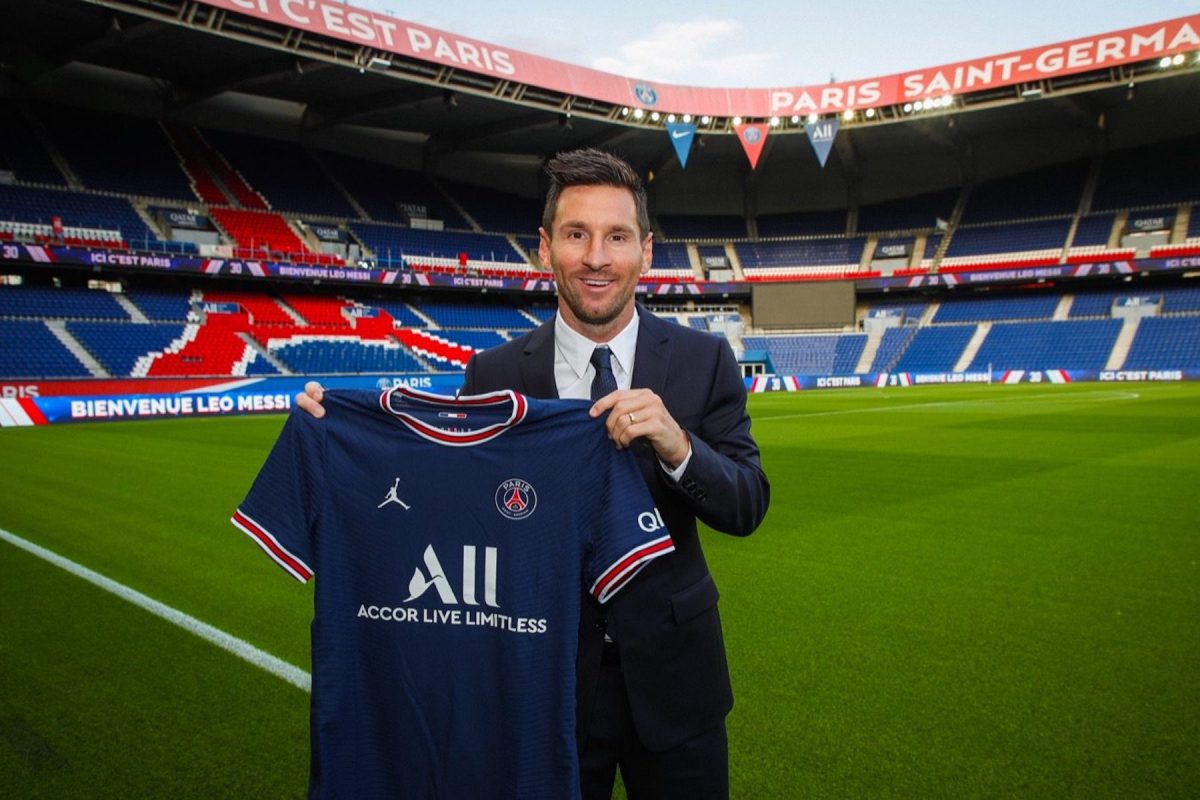 The biggest news in the footballing world over the last few days has been that Lionel Messi – one of the greatest players of all time and FC Barcelona’s biggest star – is leaving the storied Spanish side after contract negotiations fell through unexpectedly.

This is huge news. Messi left his native Argentina at the age of 13 in the year 2000 and has spent the last two decades with Barça. He’s spent virtually his entire life playing for Barça in some capacity. Naturally, football fans have been fiercely speculating whether the next few years would mean retirement (or worse: a stint in the MLS) for Messi, or whether he’d move to another Champions League worthy team.

If the performance of 36-year-old Cristiano Ronaldo is anything to go by, Messi, who is 34, should have another 2 or 3 good years left in him – at the very least.

Well, that speculation has now been silenced. Earlier today, news broke that Messi was indeed moving to another team – Paris Saint-Germain, another one of the world’s most popular football teams and home to stars like Kylian Mbappé, Neymar and (as of this transfer window) Sergio Ramos. Messi has signed a two-year deal with the French club with an option for an extra year, in a deal that’s no doubt worth millions of euros.

The move must be bittersweet for Messi, but still a cause for celebration. Indeed, Messi was spotted just a few hours ago hailing fans at Le Bourget airport near Paris after arriving from Barcelona to sign his PSG contract. wearing an ‘ICI C’EST PARIS’ t-shirt and rocking a flashy rose gold Rolex Yacht-Master on his wrist. 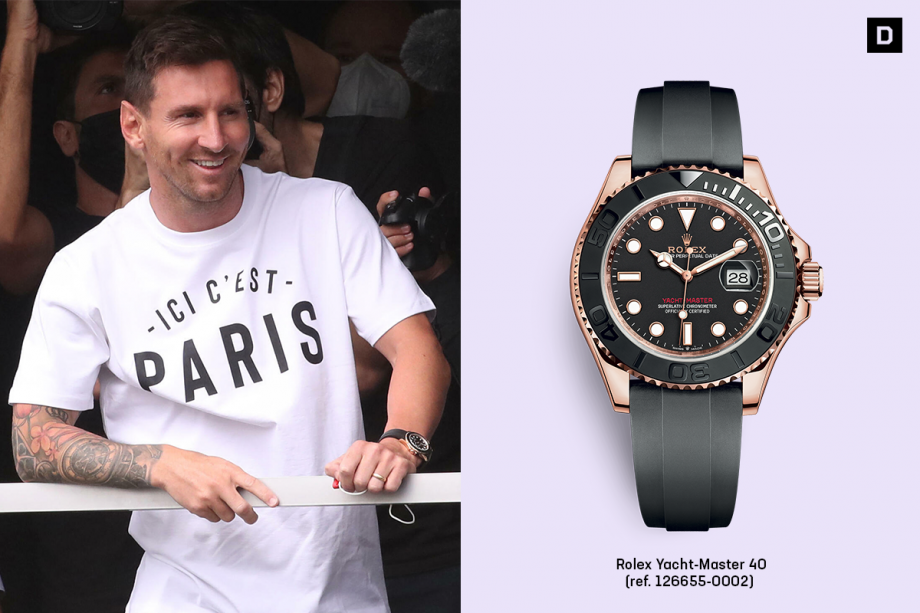 The Yacht-Master is one of Rolex’s somewhat more obscure models – or perhaps, just a somewhat misunderstood one. Visually, it resembles the famous Submariner, but is easily distinguishable thanks to its matte-textured bezel with raised numerals and graduations. It also only features a water resistance of 100m compared to the Submariner’s 300m – reflecting that it’s a watch primarily meant to be worn above water than underneath it.

Messi’s Yacht-Master is constructed from 18ct ‘Everose’ gold: Rolex’s proprietary rose gold alloy, which features a particularly warm pink hue. It also boasts an ‘Oysterflex’ bracelet, Rolex’s rubber option and a rubber strap non pareil. First introduced in 2017, Oysterflex bracelets are effectively a hybrid strap: the elastomer contains reinforcing metal inserts which not only make the strap more durable but more comfortable, as they shape the strap to the wearer’s wrist.

It’s an AU$ 38,540 gold watch, sure, but it’s actually a surprisingly understated piece – especially compared to the highly gaudy timepieces most footballers like to wear. For example, those favoured by Messi’s great rival Ronaldo…

RELATED: Cristiano Ronaldo Officially Passes On His Million Dollar Taste In Watches To His Son

While some Barça fans are likely dismayed at this news, we just wish Messi well at PSG. We know his former teammate Neymar’s probably pretty happy about the move – fingers crossed that PSG coach Mauricio Pochettino will be able to work his magic with the massively talented Argentinian.