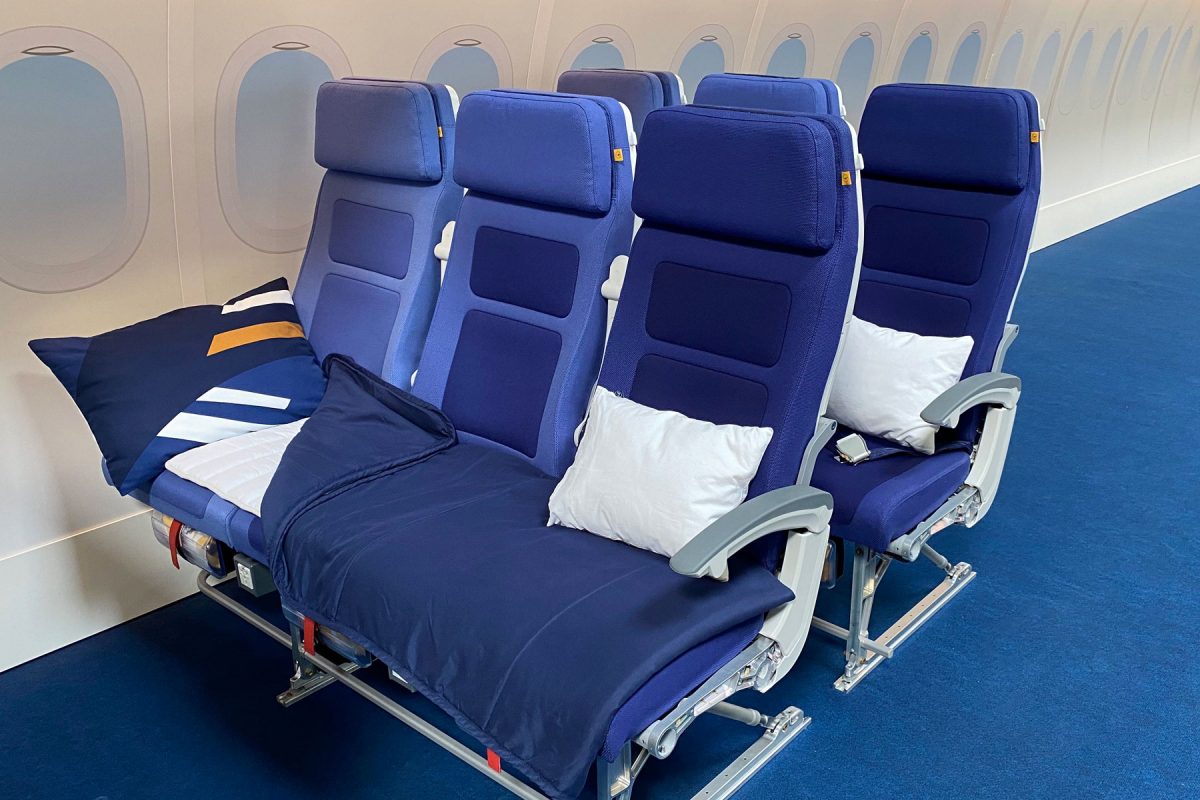 German airline Lufthansa just launched a new type of fare, which provides passengers with the next best thing to Flying At The Front. It’s called Sleeper’s Row.

Sleeper’s Row has been introduced to make the most of empty economy seats on aircraft, which are now more common thanks to Covid-restrictions and travel bans.

To eek some juice out of them, Lufthansa has slapped a label on them (Sleeper’s Row) and is turning them into a flat bed which you can book (for an additional charge). You also get a little extra special customer care a la business.

While many people might have – without charge – nabbed empty rows in the past when flying economy, this is different because now there will be a special bed ironing our the metal bumps and lumps that would typically dig into you. And of course, you will get charged for it. Prices for a Sleeper’s Row start at 159 euros.

As Lufthansa announced: “As of 2nd August, Lufthansa guests travelling in Economy Class on select long-haul flights will have the option of booking a Sleeper’s Row at the check-in or at the gate, before their flight. With this new attractive offer, passengers will receive an entire row of seats for themselves, consisting of three to four adjacent seats, for the entire duration of the flight.”

“This offer comes with a comfortable pillow, blanket and mattress topper of Business Class quality, allowing passengers to fully relax while on board before reaching their final destination. The Safety during the flight is ensured by a special seat belt, which remains fastened even when the passenger is lying down, including separate safety instructions. Furthermore, passengers who book a Sleeper’s Row can benefit from pre-boarding, allowing them enter the aircraft earlier than other guests.”

Sleeper’s Row is offered on long-haul flights of eleven hours or more, for example on routes to the Far East, the United States’ west coast, Central and South America, or southern Africa. The surcharge is between 159 and 229 euros per route. A maximum of three Sleeper’s Rows are offered per flight. Reservations in advance are not possible.

Lufthansa tested the Sleeper’s Row on the route Frankfurt – São Paulo – Frankfurt for several weeks at the end of 2020.

When we are released from our bird cage and are allowed to travel again, we hope to take it for a test run too…