This world we live in is a complicated one, but there are some rock-solid constants everyone can have faith in. Pizza is good. Mosquito bites are bad. If you want to know how to dress as a man, look at Michael B. Jordan.

The 34-year-old actor and so-called “sexiest man alive” (according to People magazine, at least) has a real knack for dressing stylishly. He’s always got his finger on the pulse when it comes to the most innovative new style trends but he has a certain sense of tact; a je ne sais quoi about how he jumps into them.

In short, the man has taste – so when you see him rolling around the streets of Los Angeles wearing a colourful, short-sleeve knitted cardigan, you know it’s exactly the right time to bite the bullet and get one for yourself.

Out for dinner on Friday night, the Black Panther star paired the colourful cardy with some dark pink chinos, an archival Piaget Polo dress watch with an onyx dial, and a pair of Travis Scott x Air Jordan 1 Lows: an eclectic yet surprisingly dapper outfit that we’re sure would get passersby swooning just on sight. 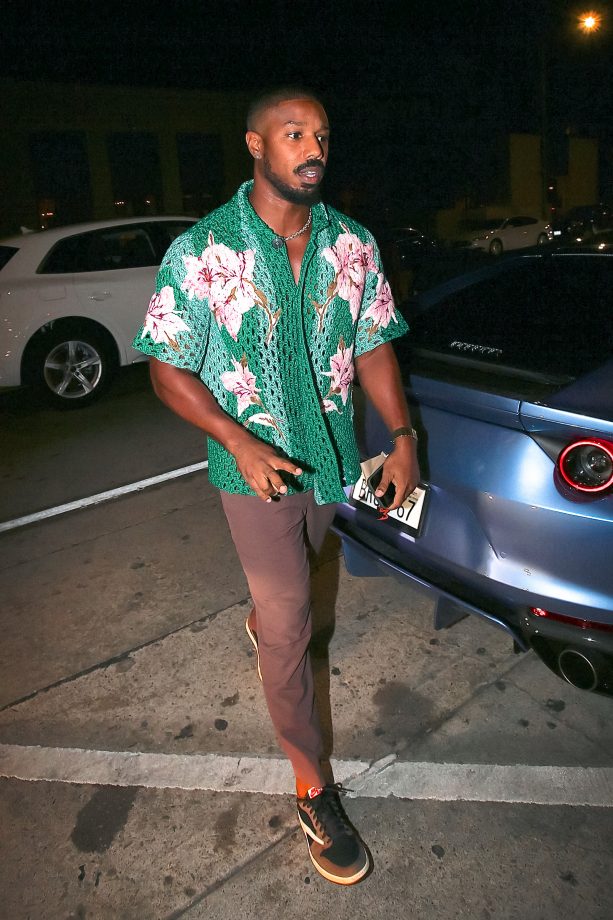 Traditionally cardigans have been considered the height of anti-fashion; the kind of thing that pensioners, not movie stars, would wear. But it seems in recent years it’s moved from seriously uncool to seriously ironic to seriously unironically cool.

Much of that has to do with the influence of musicians such as Tyler, the Creator – who’s a noted fan of all things kitsch – and more recently, Justin Bieber, who was also spotted last week rocking a rather lairy cardy out in LA. Maybe there’s something in the water?

While cardigans are probably a bit too warm to wear in the height of the Australian summer, a short-sleeve cardy might actually work quite well right now Down Under, as we move out of winter and into spring.

That said, we’re not sure if it’s a look that everyone can pull off with the same amount of panache as our man Michael B… But it’s a fun (and very comfy) warm-weather style trend that we’re glad to see taking off.