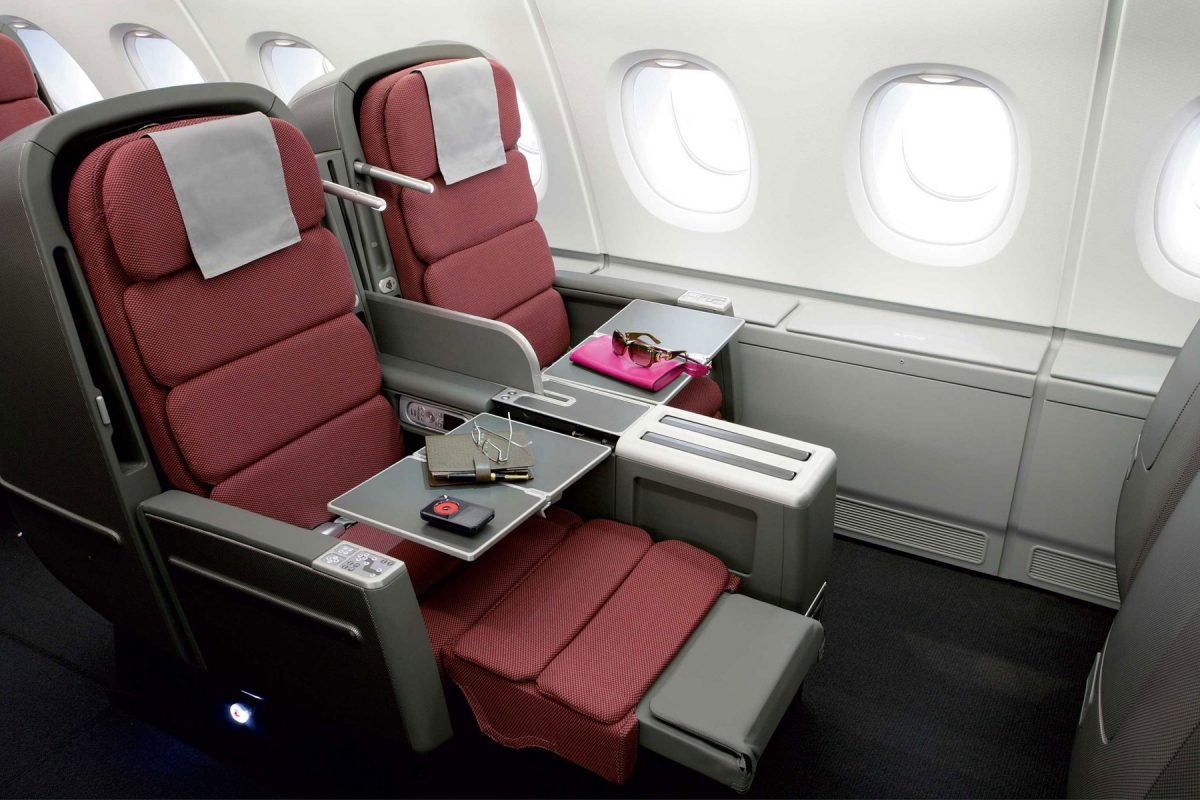 If the thought of 14 hours in cattle class turns your face the colour of a milky latte, if the words ‘status run‘ mean something to you, if you know the exact date the Queen of the Skies was brought into service, then boy do we have a proposition for you.

Qantas is currently offering business class buffs the opportunity of a lifetime – the chance to buy two A380 ‘Skybeds’ to take home and own.

These priceless pieces of pre-loved Qantas memorabilia, identical to the ones in the Queen of the Skies (Qantas’ very own Boeing 747), will make you feel like you’re permanently in the sky, Qantas claims.

Although the built-in screens don’t work outside of the plane, Qantas encourages interested buyers to imagine “reclining on a Skybed in your media room, sipping champagne, watching the latest blockbuster or bingeable series.”

The seats are Marc Newson designed and have been a Qantas staple since 2008 (the Skybed has in recent years replaced by a newer offering, which provides aisle access for all).

Your opening bid must be 350,000 Qantas points or higher. Bidding starts in one day and 18 hours from the time of writing. Bid here!

Here’s what you get for your dollars:

Dimensions? The Skybed seat in the upright position is as follows: 156cmL x 142cmW x 129cmH.

The seat, Qantas says, will be placed on a timber rig with the following dimensions: 215cmL x 158cmW x 11cmH.

The seat weighs 175kg, while the timber rig weighs 60kg.

This opportunity comes as part of a broader new initiative called Points Auction, which includes five unique experiences going under the hammer this week.

Further prizes up for grabs are:

Qantas Loyalty CEO Olivia Wirth said over the past 18 months Qantas Frequent Flyers have accelerated their points balances from activities on the ground more than ever, and this new initiative is all about giving them a chance to spend them.

“This is a restless time for many Australians who can’t wait for both international and domestic borders to fully open so they can take off to some of their favourite destinations,” Mrs Wirth said.

“Whilst travel remains the number one thing frequent flyers want to use their Qantas Points on once borders open up, we know that many are keen to use some points on unique, big-ticket items.”

“Points Auction gives members the chance to bid on special experiences and we expect these items to create a points bidding frenzy.”

One item will be auctioned off each day from the 2nd to the 6th of August 2021 between 8am and 9pm AEST and is open to Australian residents who are Qantas Frequent Flyers aged 18 and over.

The winner must place the highest bid by 9pm AEST and have the points available in their account to accept the item.

Based on the success of this Points Auction, Qantas will look at running further auctions throughout the year.