Roger Federer Delivers The News No One Ever Wanted To Hear

Federer shares what’s been going on since Wimbledon.

20-time grand slam winner Roger Federer is one of the greatest tennis players – and athletes – of all time.

He’s also one of the classiest, on numerous occasions impressing fans without even picking up a racket.

As one of the sport’s most well-loved greats, it is with great sadness that the internet has received his latest update.

Federer took to Instagram this morning with a one minute and thirty seven second video explaining “what’s been going on since Wimbledon.”

Federer told followers he has elected to undergo yet another knee surgery in order to look after his health, and in order to give himself a glimmer of hope of returning to the tour “in some shape or form.”

Watch Federer explain his decision to get surgery in the video below.

For those that stubbornly hoped to see him continue to compete as per usual – to continue to defy time – this is heartbreaking, if not entirely unexpected. News no one wanted to hear.

There is a bit of hope though.

“It’s not been simple. I’ve been doing a lot of checks with the doctors as well on my knee, getting all the information as I hurt myself further during the grass court season at Wimbledon… it’s just not the way to go forward so unfortunately they told me for the medium to the long term to feel better I will need surgery.”

“I will be on crutches for many weeks and then also out of the game for many months so that’s going to be difficult of course in some ways. But at the same time I know it’s the right thing to do because I want to be healthy.”

“I want to be running around later as well again and I want to give myself a glimmer of hope also to return to the tour in some shape or form.”

Federer underwent two knee surgeries in 2020. He played only six times that year. In 2021 Federer has only played 13 matches, having already pulled out of the Tokyo Olympics to rest his knee. 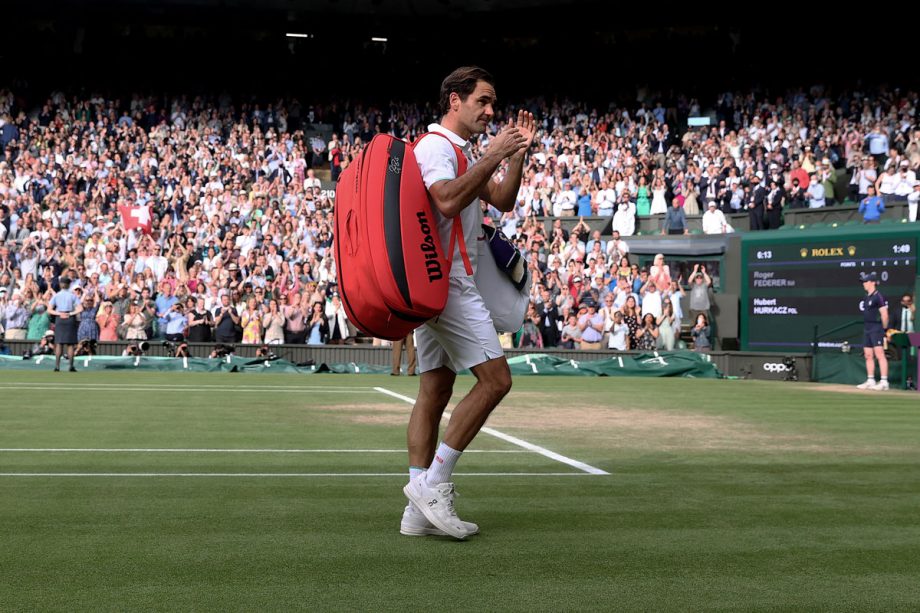 Roger Federer of Switzerland walks off court after losing his men’s Singles Quarter Final match against Hubert Hurkacz of Poland on Day Nine of The Championships – Wimbledon 2021 at All England Lawn Tennis and Croquet Club on July 07, 2021 in London, England. (Photo by Julian Finney/Getty Images)

Some commentators and journalists have speculated this could be the end of Federer’s competitive career.

May well be that that’s it for Roger Federer.

He can and should take as long as he wants to seek a solution, and decide.

But at this stage, mainly hope he can get his knee back to a state in which he can enjoy life, and perhaps a farewell exhibition tour. He’s done it all.

“I am realistic – don’t get me wrong,” Federer added in his update video.

“I know how difficult it is at this age… now to do another surgery and try it but I want to be healthy and I will go through the rehab process with a goal while I’m still active which I think is going to help.”

He then ended with a big thank you for the messages for his incredible fans (“you always think of me”) telling them that mentally he is feeling ok, and that he appreciated their messages of support.

“I’ll update you as I move along with my rehab.”

Instagram account @atptour wrote in the comments section: “Wishing you a speedy recovery, Roger! We hope to see you back on the tour again soon.”

All our best hopes and wishes the champ makes a full recovery. How else is he going to win one more grand slam and nose once again ahead of Nadal and Djokovic (who are currently tied with him on 20 major wins)?