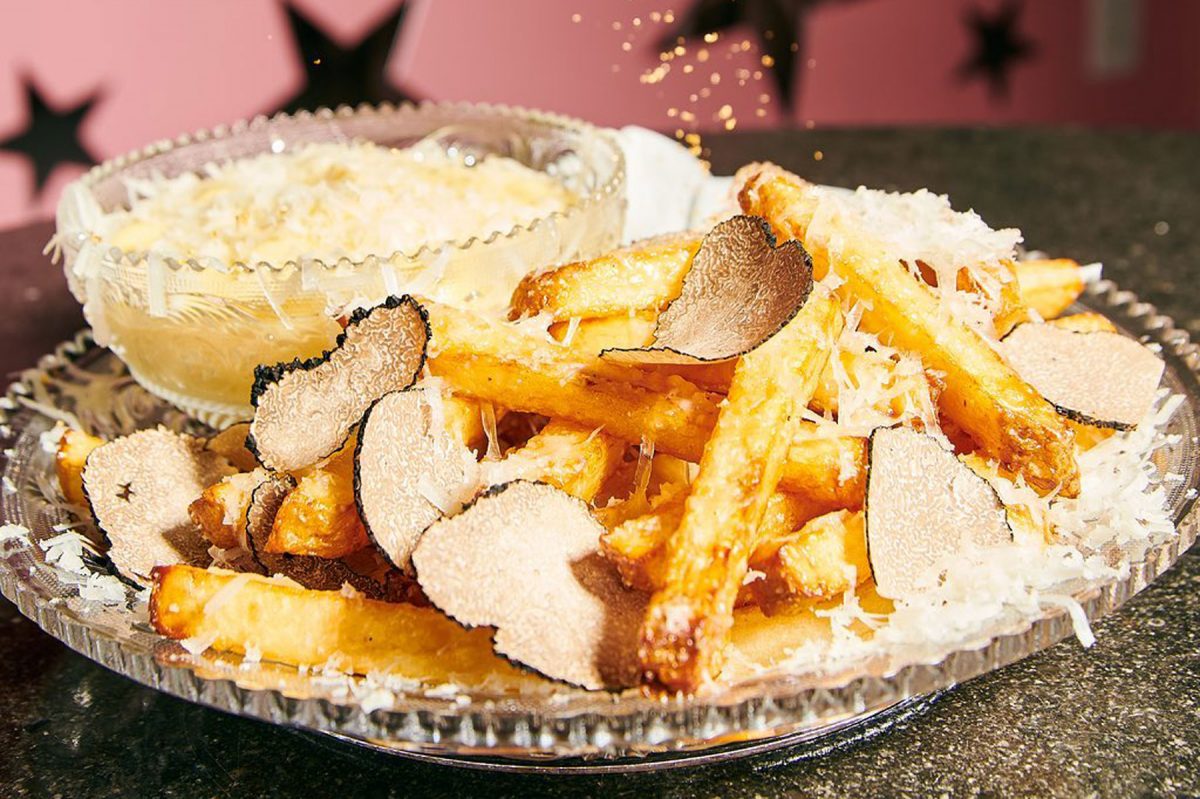 A New York City restaurant is officially serving the world’s most expensive fries. That’s according to Guinness World Records, who certified the achievement on the 13th of July.

The fries come from restaurant Serendipity 3, which also sells the world’s most expensive burger (AU $400) and ice cream Sunday (AU $1, 357).

Their record-breaking fries will cost AU $271.

Watch how they are made in the video below

The news left many in shock. CNN, for instance, tongue (ravenously) in cheek, called upon the Reserve Federal chair to double-check the rate of inflation.

CNN also broke down how the fries are made.

“The Crème de la Crème Pommes Frites start out as Chipperbec potatoes. They are blanched in vinegar and champagne. Then they fry in pure goose fat, not oil, and not once but twice.”

So far so lavish? It gets better.

“Sprinkled with edible gold and seasoned with truffle salt and truffle oil, they are served on a crystal plate with an orchid, thin-sliced truffles, and a Mornay cheese dip,” (CNN).

Corporate executive chef Frederick Schoen-Kiewert told CNN that Serendipity was shut during the Covid-19 pandemic, and that the frivolous frites are a tasty way to celebrate its return.

There is reportedly “an eight- to 10-week waitlist for the fries.”

One Instagram user wrote: “That would be the most expensive heart attack I ever had but worth it.”

Not everyone was impressed, however. Many on Twitter called it obscene.

“I just don’t understand these kinds of useless indulgences,” one Twitter user wrote. “You sprinkle gold on anything and it will be more expensive nevermind spending that money on something better.”

Some people wonder how they’re going to pay the rent. Some wonder how to spend all their money. The trick to getting in the second category is catering to people already there.

As for us? We’re still recovering from drinking Sydney’s most expensive coffee, but would love to check out these fries one day in the future, wallet permitting…