Before & After Photo Reveals What Tattoos Look Like After 50 Years

Want to see what your tattoo will look like when you get older? Take a look at this image. 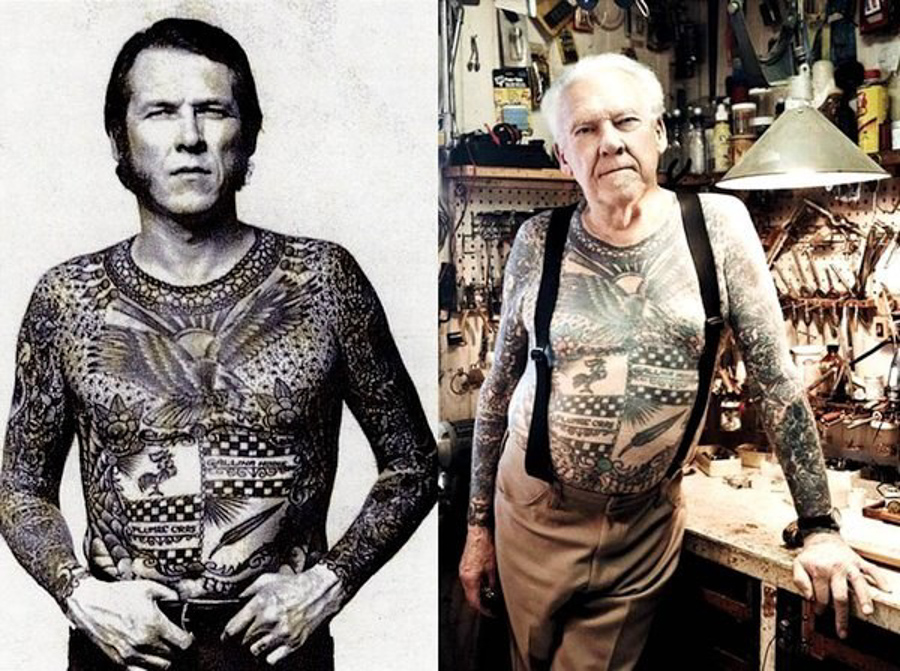 Your tattoos may look cool now, but how will they look when you’re 60?

That may be the most cliché phrase ever uttered about skin ink. But have you ever seen it answered?

Enter: the following photo, posted on Thursday, by Instagram account @turkishbarberstr. It shows what the same (or very similar tattoos) look like on a young man compared to how they look on an old man.

Though some followers were not convinced it was the same man, it still illustrates the point (and who knows, it could well be the same guy).

One Instagram user said, in his opinion, neither photo makes him want to go get a full-body tattoo, writing: “This was never a good look.”

Others questioned if it was really the same guy: “I agree with a few others,” one said. “Not the same person. How do the stripes go from shaded black to only some shadowing?”

“Well u can get laser removal,” another user commented in response.

Watch how tattoo removal works in the video below

Finally, another user, who said they used to work in a tattoo shop, commented: “Color fades over time. And my colored ones faded in 5 years. So yes he had dark red in the stripes. It’s now faded away. Also the smaller detail u have the more it becomes meshed together over the years. So if u want small fonts or small designs it will kinda just bleed together.”

“That’s why the first pic is nice and clear designs. Then… it’s messed up.”

There you have it. You can either take it as a warning or rest assured this adds to the devil-may-care attraction to tattoos in the first place. Take your pick.