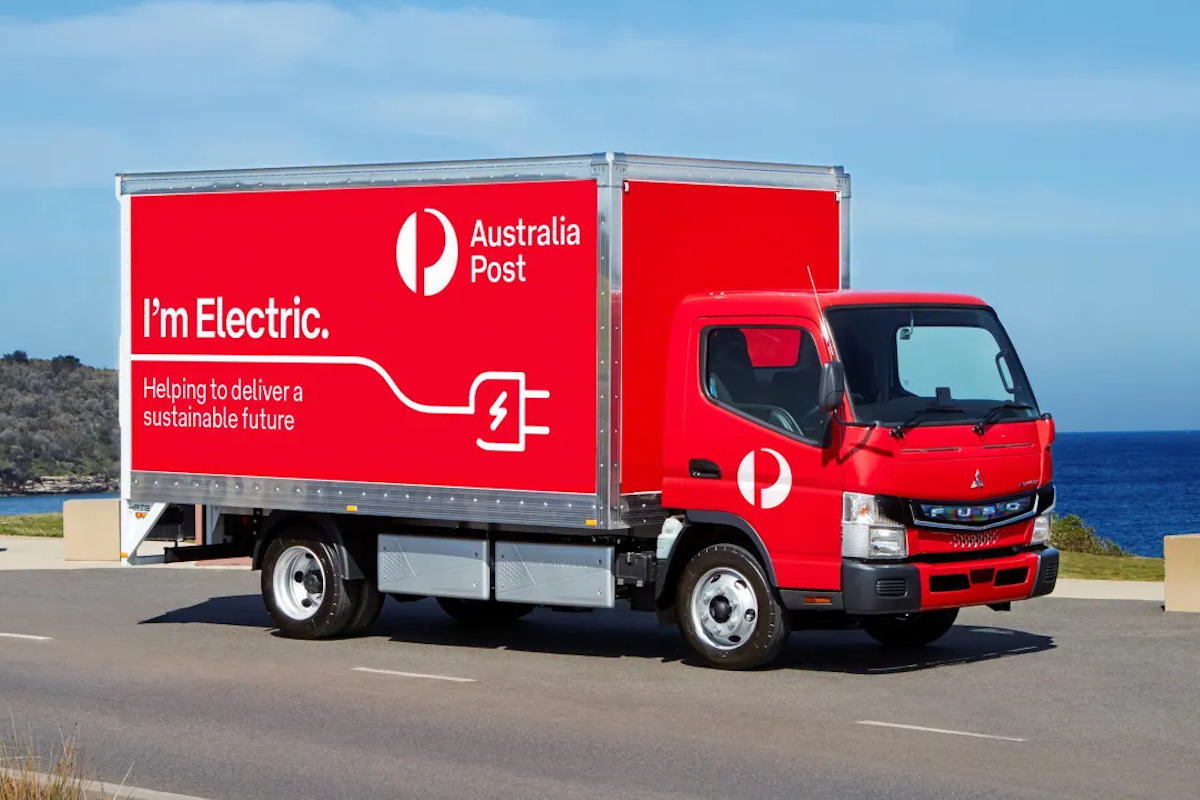 Australians tend to be early adopters of emergent technologies. Polymer banknotes, e-Visas, contactless payments, carbon-fibre surfboards… But one tech revolution we’re sadly a bit behind the times on is electric vehicles. While some countries like Norway and China have embraced the so-called ‘EV revolution’, Australia remains somewhat behind the ball – although sales of electric cars are picking up gradually.

Passenger vehicles, however, are but one part of the revolution, so to speak. What we really need is for commercial vehicles to go electric: boats, planes, tractors, pickup trucks… These vehicles all use a lot of fuel, and we need them to all go electric in order to make a significant impact on global emissions and so on.

One business that’s been leading the way in this regard has been Australia Post. The legendary ‘postie bike’ that underpins the postal service has always been a fuel-efficient little wonder, but in recent years, Australia Post has become the operator of one of Australia’s largest electric vehicle fleets, with more than 3,700 EVs on the road. They’ve just announced they’re growing their EV fleet even further, too, with an experiment that may have huge implications for Australian motorists going forward.

Australia Post will lease 20 fully electric Mitsubishi Fuso eCanter trucks for six years from October 2021, responding not only to the need for more big delivery trucks thanks to the spike in parcel deliveries COVID has kicked off, but also to the need for Australian businesses to more meaningfully transition their commercial vehicle fleets over to electric.

Under the hood of a Mitsubishi Fuso eCanter. Its battery pack ish about the same size as a Hyundai Kona’s. Image: Drive

The Fuso eCanter, the world’s first small electric truck to go into production, features an all-electric drivetrain with an 82.8kWh battery pack and a single motor capable of 135kW and around 100km of range. That doesn’t sound like a lot – a base model Nissan Leaf, for example, has a range of around 270km from a 40kWh battery – but the weight of the Fuso eCanter and its 3,000kg payload make a big difference.

“While Australia Post says it has approximately 3000 ‘electric vehicles’, most of those are forklifts and other warehouse vehicles not designed for the road,” Drive reports. They also relate that “Australia Post has experimented with electric delivery vans previously. In May 2014, the mail service provider tested two Renault Kangoo ZE Maxi vans in Melbourne, before adding two more vehicles for a trial based out of Sydney.”

The other big investment Australia Post has made in EVs has been rolling out thousands of Swiss-made electric Kyburz DXP trikes around the country. Despite some initial teething issues with their front axle design, these e-trikes are an increasingly common sight on Australian streets and represent yet another positive direction as far as EVs are concerned.

But why should the average Aussie car if the postal service is using EVs?

A Kyburz DXP being used by an Australian postie. Capable of a top speed of 45km/h, a range of up to 115km and a load capacity of 120kg (or 27kg with a trailer), each of these e-trikes are equipped to transport over 100 small parcels and up to 1,200 letters at a time. Image: Kyburz

Well, aside from the noise reduction aspect (postie bikes are cool but those buzzy little two-stroke motors are a bit obnoxious early in the morning), a big business like Australia Post championing EVs could do much to help grow Australia’s charging network, as well as make it easier for other businesses to adopt EVs in their fleets.

Currently, with electric vehicles, we have a bit of a Catch-22 situation going on with Australian consumers. Aussies don’t want to buy EVs until there’s a better charging network and more support, but that won’t happen until more Aussies show more interest in EVs. Both vehicle manufacturers and the buying public are playing chicken, which is why it’s so important for both government and businesses to show some leadership and back EVs in order to move things along.

In that sense, Australia Post is giving Australia the kick up the arse it needs – if the postal service can go electric, why can’t we?

Obviously, it’s early days yet – this is only 20 vehicles, mind you. But every little helps when it comes to electrification. Eventually, EV adoption reach a critical mass and things will happen on their own. But in the meantime, it’s a good thing that Australia Post is making more of an effort to back EVs. The next step: getting tradies buying electric utes…