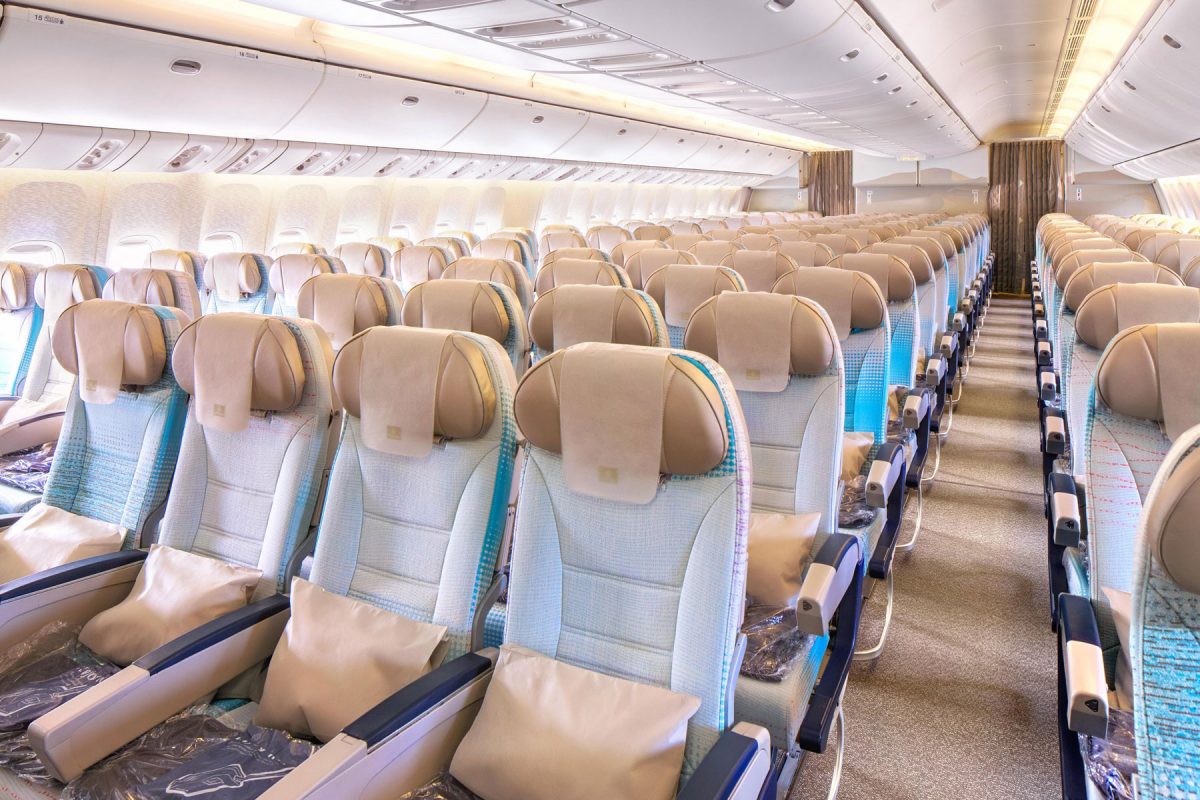 If the world’s a jungle, then the back end of a semi-empty Emirates flight is a bloodthirsty UFC canvas.

A battle for territory. A place where intimidation and scheming (“the flight attendant said I could have it”) reign supreme. A place where if you leave your prize unattended for any moment it could be stolen.

A place where, if successful, you could spend hours with your veins coursing with f*ck off vindication – revelling in having outsmarted your fellow passengers, and scored the sort of lie-flat situation that those up the other end are paying several thousand dollars for.

Unfortunately, that bliss can be interrupted if those around you don’t respect the “finders keepers” rule (or hate seeing you happy).

Enter: a recent episode of Oops The Podcast.

Speaking about a time he was on an Emirates flight, “on the way back from Greece,” co-host Giulio Gallarotti explains how his 11 hours of solitude was rudely interrupted by some kids. Watch him describe the experience in the video below.

“There’s usually a middle area and two side areas. No one picks the middle. So if you’re on a flight that isn’t 100% occupancy you can get a middle row to yourself,” Giulio says.

“I had claimed this middle row. There’s no one sitting next to me and immediately I laid down to make sure that no one would, like, move their seat.”

“I was horizontal for like 3 hours – I finally sit up and then all of a sudden these people from the row behind me, like, put their kids in the row next to me… After I had already claimed the seats.”

“And the kid was like bashing his pillow watching his little brother play on an iPad,” Giulio adds. “And I was like: ‘this is f*cked up’ so you know what I did?

“You killed them?”, Francis jokes.

“I stared at them… and they got scared of me.”

Francis then asks, “Did they leave?”

“I death stared them… and these kids are like 7 and 5 years old. That’s one of those moments they’ll never forget.”

Francis adds: “The parents are just kicking their problem to you.”

In our minds, this story opens the door to two separate debates.

One: to what degree it is acceptable to parent another person’s misbehaving children? The answer to this, depending on whether you ask your grouchy granddad or peace and harmony promoting yoga teacher, could range from “giving them a clip around the ear” to “don’t under any circumstances get involved.”

The other is: to what degree can one claim territory over vacant seats? If other people are near ‘your’ empty seats too, is it a reasonable expectation that you would share them after a portion of the flight? In a pre-COVID world, we would have said this is a fair ask, potentially (so long as you don’t have to share your row of four seats with two misbehaving kids).

However, given the new importance of hygiene in this virus ravaged world, maybe it’s completely fair, these days, to keep your feet well and truly up.