“It’s bloody easy, really cheap, much more people should be drinking it. The attachment is it’s ‘diner’ coffee and it can’t be strong, but that’s not true – it can be so much more.” 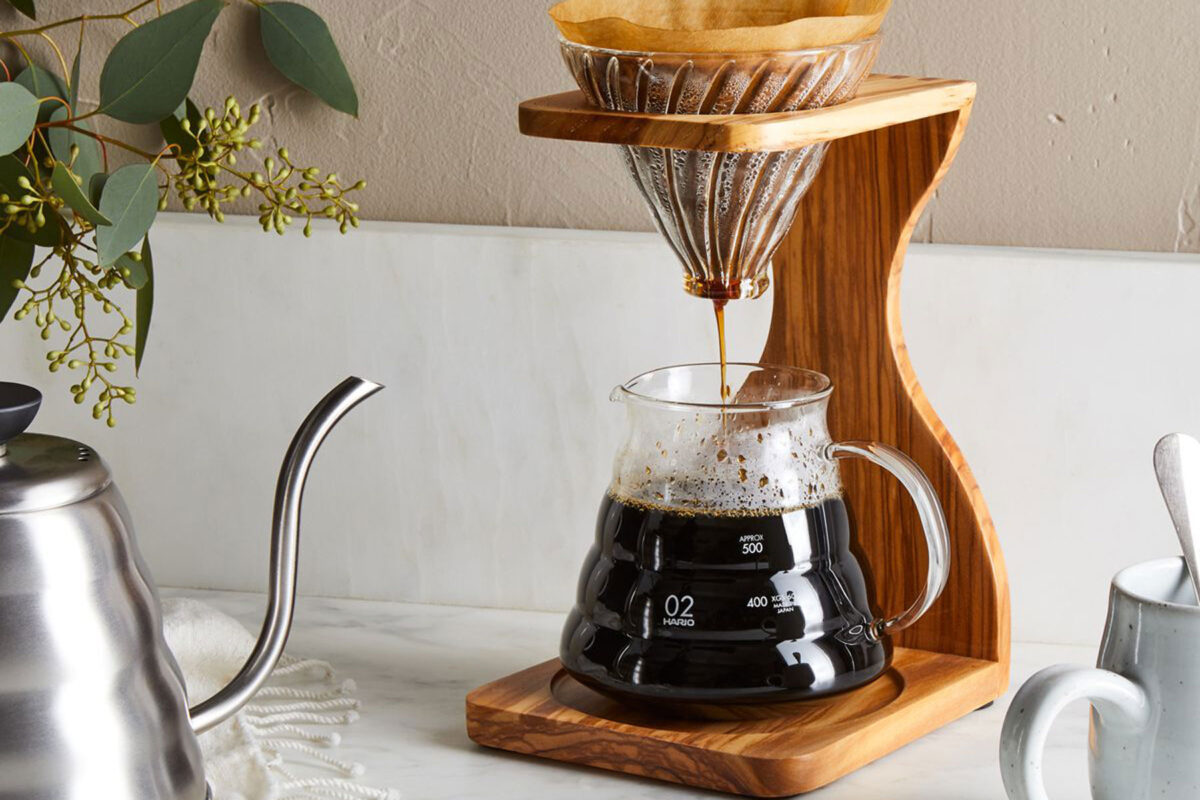 They say fashion is circular. But what about coffee? Judging by the latest java trend in Australia, it looks like it is too.

Though it’s been percolating for a while (in hipster cafes and holes in the walls), mainstream Australia is now opening its eyes to an old school style of American coffee.

That coffee? Filter. Though in Australia, where we are notorious java snobs, filter coffee has long been associated with Bad American Diners (and, among many, still is), it’s actually, done right, delicious.

More and more people are realising this, and turning to filter coffee in lockdown out of boredom, and a desire to experiment.

Before we dive on in: let’s just take a moment to appreciate how bad American coffee’s reputation is in Australia though.

In response to a Reddit thread asking for “an average Australian’s take on coffee here in the US” two comments are illustrative.

“American coffee is famously terrible in Australia, it’s watery, boiling hot and the flavour is often burnt,” one user wrote. “To put it into perspective, McDonald’s invented McCafe for the Australian market because of how picky we are about coffee — and it has slowly spread out from there.”

Another said: “American coffee is indeed famously terrible. Probably because it’s rooted in diner culture, which is just not conducive to carefully made foodstuffs. Our coffee culture [in Australia] blossomed out of the huge wave of Italian and other European immigration that happened post WW2. It’s much more about the quality of the drink, rather than the convenience.”

Suffice to say – any kind of American coffee trend, whether it be pumpkin spiced Mochas or filter, is never going to gain momentum in Australia without having some serious substance behind it.

2019 Australia Barista Champion Matthew Lewin reckons filter coffee might have what it takes (at the very least it is starting to make inroads). Matthew tells DMARGE: “A big trend is filter coffee, which a lot of people don’t talk about.”

“You don’t need an espresso machine to explore a whole world of filter coffees that have a relatively cheap set-up.”

“It’s something people don’t talk about enough in cafes and also at home.”

Matthew goes as far as to say “It’s kind of the go to. I think if you don’t have a filter coffee set up at home you’re missing out on a huge world of coffee.”

There are various ways to do your filter coffee – whether you have a basic Aeropress set-up or a convoluted drip machine. 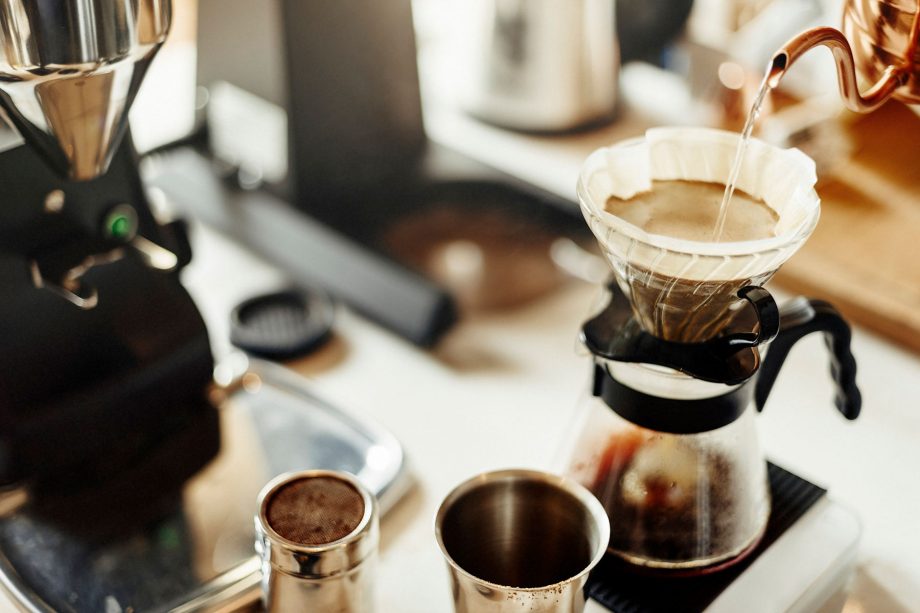 “Think American diners – that idea, that method, hot water poured over coffee that’s ground then it drips out,” Matthew explains.

“We’ve just modernised it through a current climate of amazing specialty coffee – great beans and great roasting and that all just makes that ‘diner coffee’ taste even better.”

“We use modern techniques with better equipment. It’s akin to wine, scotch or tea – the nuance of flavour [in more expensive variants] is… more of a journey.”

That said: it’s still by no means as popular as espresso coffee in Australia, even if it is picking up steam. And many Aussies are more than forthright in their views “Yank filter coffee” will never catch on – as one irate reader reminded us last week.

The reader emailed DMARGE to tell us US drip coffee is “always hot or just warm and burnt” and said “I’m not [a] coffee snob – I do have [a] commercial coffee machine at home cost fortune. But every day delivers my gratitude to original Italian inventors.”

“[I] Worked in US & their buy 1st then bottomless refills makes me want to bolt out the door. International hotels in us can produce decent product rest of place sucks.”

“US have notion low cost or free is attention getter. Why would you suggest a people [who] can’t make decent cars will be in the food & beverage race?”

It seems filter coffee, among some at least, will always be a curiosity, or something on the side (or worse), rather than a replacement for espresso.

And if we’re being honest – we much prefer espresso coffee, and doubt filter coffee will ever replace espresso as a daily staple in Australia. However, that’s not to say there isn’t a place for it. There’s an audience for everything and once people get over their preconceptions about filter coffee some people might turn to it for good.

For the rest of us, it will be a cool thing to have as variety – like iced long blacks in summer.

In any case, if you want to have a crack at this new school take on American diner ‘swill’ (and actually make it taste great) here’s how you do it.

It’s pretty simple. If you want to make a filter coffee you just grab some paper and stick some water on some ground coffee “and you get this nice big cup of coffee compared to a little espresso and you enjoy it over 5 or 10 minutes or whatever and it takes you on a bit of a coffee journey,” Matthew says.

“It’s bloody easy, really cheap, much more people should be drinking it. The attachment is it’s diner coffee and it can’t be strong, but that’s not true – it can be so much more.”

Matthew also told DMARGE the pandemic has changed the face of the Australian coffee retail scene. Sales in cafes have taken a big hit, but online retail is booming.

“Cafés have gone to takeaway, boosted their retail sales lockdown has been geared to the home consumer.”

“That means everyone at home has got to up their coffee game and learn how to make it better; get better kit.”

“You can still go out for one, but your favourite cafe might not be within your LGA. If you can replicate some of that good stuff at home you can have your cake and eat it too.”

Matthew tells DMARGE: “In our cafes, we were down about 25% and generally most cafes have seen a decline in coffee sales because people just aren’t around as much.”

Retail is up 300% however. Matthew tells us: “In the last week… we’ve done what we usually do in a week we’ve done over 10 times that much in retail sales in one week.”

“Our roastery can’t keep up.”

“That’s the result of everybody in pretty strict lockdown and it’s gone through the roof being at home.”

“Most of our business is in Canberra and Sydney so when those two powerhouses have been affected by Covid-19 our businesses are obviously affected – we need to find ways of keeping everyone busy and employed and make sure the revenue is there.”

What does the future of filter coffee in Australia hold? “Filter coffee for home, I think in some way, shape or form people need to discover it or get around it… it’s gangsta; it’s so good.”

We just need to get over the mental block of learning a new way to make coffee that doesn’t involve a French Press or Moka Pot.

To address this, Matthew says more needs to be more done in the space. He thinks the trend is just waiting for “the right person to have the right message for home” in the same way that Jamie Oliver or Gordon Ramsey did with food.

“You just need that right person to have that right message and you’ll open up, you’ve got the opportunity to open up a whole market.”

Interest piqued? If reading this article has got you raring for a coffee; read Matthew’s tips on brewing cafe-quality coffee at home.