Supply can’t keep up with demand. 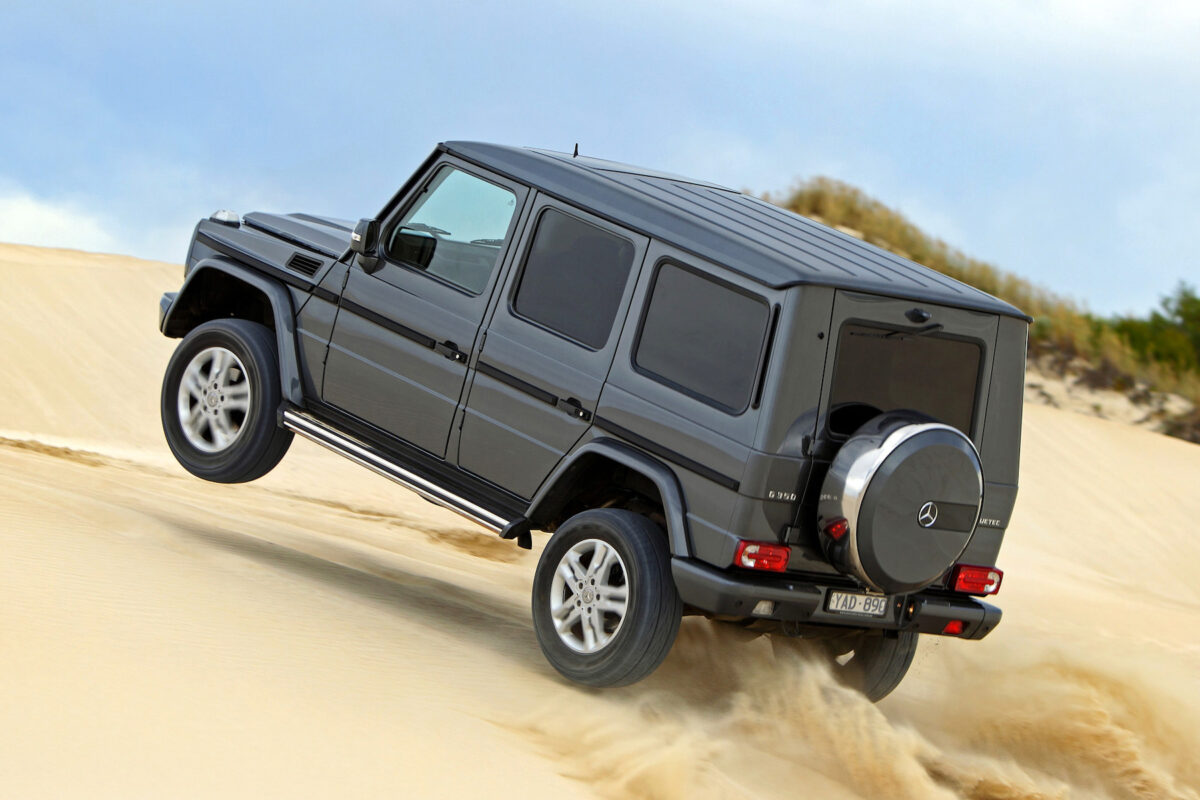 When pigs fly... Getting some air in a G-Wagen. Image: AUSmotive.com

When the times are tough, the tough get going – and there’s no vehicle tougher than the Mercedes-Benz G-Class, better known as the G-Wagen.

One of the most iconic off-roaders ever produced, the boxy 4×4 has been in continuous production for over four decades, both as a military vehicle and more recently, an ultra-luxurious mall-crawler. It’s like a Jeep on steroids; a two-and-a-half tonne rolling monument to the efficient brutality of German engineering and Mercedes’ uncanny ability to put lipstick on a pig. There’s nothing quite like it and it’s certainly the most bizarre vehicle the storied marque makes.

Both the workhorse and luxury variants have long been popular Down Under, the former utilised by outback tourist companies, off-roaders, tradies and the Australian Defence Force and the latter by rich yuppies who get off on intimidating pedestrians. But in the midst of the COVID-19 crisis, G-Wagen sales have skyrocketed – which has forced Mercedes-Benz Australia to put a hold on new orders of the car in order to help clear their sizeable sales backlog.

“Each G-Class is largely hand-built in Graz, Austria, a country that is currently experiencing a spike in COVID cases, while a global shortage of semi-conductors has severely hampered production for many brands including Toyota,” Carsguide explains.

“In Australia, 270 G-Classes were sold in 2020, but that figure has already been surpassed just eight months into 2021 with 422 new registrations to the end of August.” 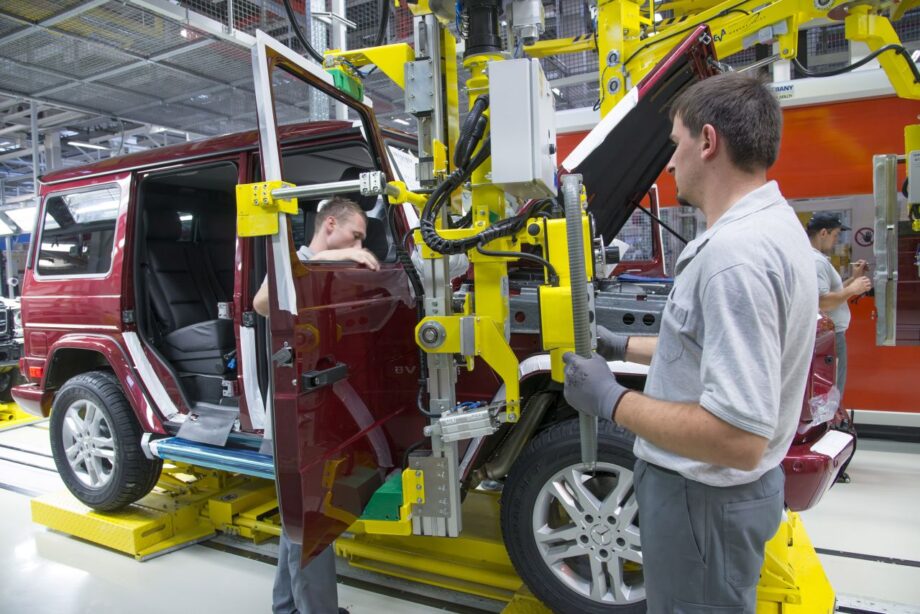 A G-Class on the assembly line at Magna Steyr in Graz, Austria. Magna Steyr is the largest contract manufacturer in the automotive industry, and currently makes cars for Mercedes-Benz, Jaguar, BMW and Toyota. Image: factorynet.at

“The new-generation G-Class, which launched in 2018, has also proven hugely popular overseas, with 7723 new registrations in the US last year – making 2020 its most popular year to date. The G-Class is also understood to be extremely popular in China and Russia, though sales figures for those two countries are harder to come by,” they continue.

Mercedes and other luxury vehicle brands often manufacture vehicles in those three big markets – China, Russia and the US – locally, in order to meet local demand (and in China’s case, comply with the country’s strict foreign ownership/production laws). However, G-Class stock for those three huge markets is sourced from Magna Steyr in Austria, intensifying the squeeze.

COVID hasn’t just impacted production by keeping Magna Steyr’s employees off the job in Graz. As alluded to above, the world’s currently grappling with a global electronics and computer chip shortage that’s been dubbed the “chipageddon”. So in between the vehicle’s growing popularity, conditions in Austria and the computer chip shortage, no wonder Mercedes need to put a kibosh on further orders. 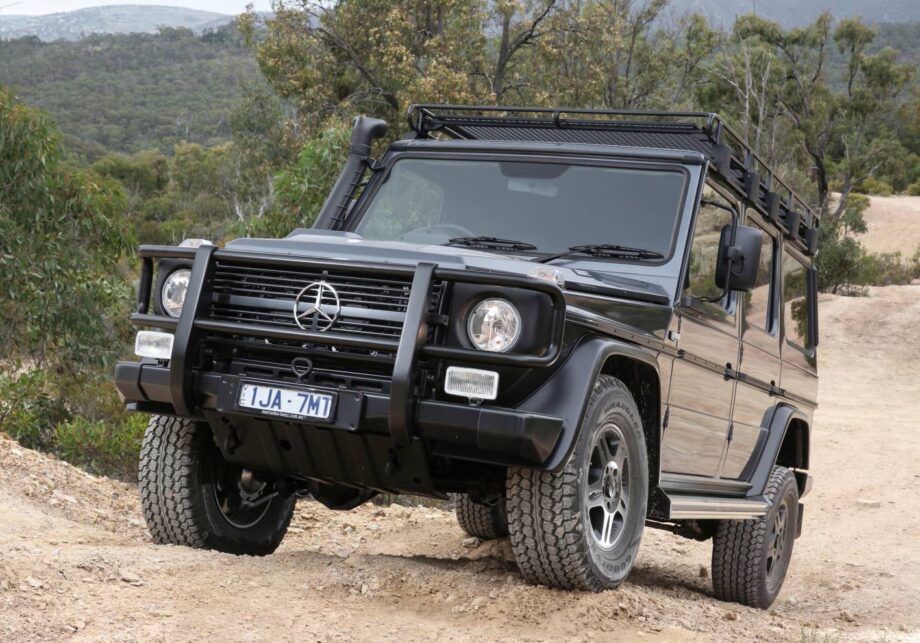 A Mercedes-Benz G 300 CDI Professional hitting the bush in Victoria. This commercial-oriented variant of the G-Wagen was discontinued in Australia in 2018, leaving only the more luxury-focused variants on sale. Image: PerformanceDrive

We’re not quite sure what explains the sudden rise in popularity the G-Wagen is enjoying. Maybe, in uncertain times, there’s something comforting about being ensconced in such a tough vehicle? More likely, it’s because high net worth individuals aren’t travelling thanks to COVID and are instead spending their money on luxuries like a six-figure 4×4.

If you’re looking for an alternative to the G-Class, you’re probably out of luck – few vehicles boast the same combination of utilitarian, rugged looks; genuine off-road performance and luxury of the Teutonic terror – and the chip shortage + disruptions to production that Mercedes has been stung with has also affected virtually every other auto maker.

There are a few options, however. The new Land Rover Defender might not look quite as boxy as the G-Wagen or the vehicle it replaces, but it’s still a capable off-roader and at its higher trim levels has more than enough luxury for the discerning SUV buyer. If you’re willing to wait a little longer, you could wait for the INEOS Grenadier to hit the market, too.

The alternative, of course, is to suck it up and look for a G-Wagen on the second-hand market. But be warned: it’s a Wild West out there right now…