This Infuriating Type Of Australian Traveller Should Be ‘Cancelled’

You heard it here first…

Travelling broadens the mind, extends the spirit, opens the eyes, and makes you more respectful to your fellow earthlings. Unless you travel by van… and have a noisy generator.

This throbbing piece of equipment makes everyone hate you.

This is something I learned earlier this year.

In June, when Sydneysiders were still allowed to travel, I went down to Perisher in my car.

Whilst there, I discovered a type of infuriating traveller – one who even the most vociferous Sky News pundit would agree deserves to be cancelled.

Before you accuse me of exaggeration… hear me out – it was so bad that I had a better night’s sleep on the side of the road at Jindabyne, with other ‘free campers’ drinking beer and talking nearby, than the night of the trip I was unfortunate enough to find myself in a remote national park campsite, with some genius running his generator.

Though it turned out the guy had “fallen asleep and forgotten about it” (and apologised to everyone in the morning), I’m still salty.

The most annoying part? The noise turned a dream-like setting into a nightmare.

It’s also irritating that the only socially acceptable way to express your disapproval is only effective in the aftermath (applauding loudly when the offender turns their generator off). 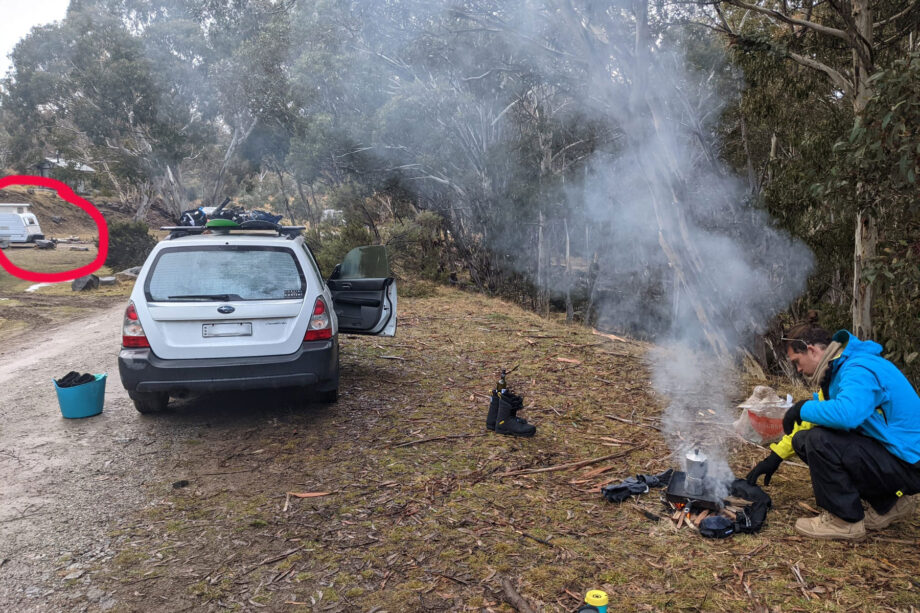 “Maybe we can smoke them out?”. Noisy generator culprit’s camper can be seen in top left corner. Image Credit: James Booth/DMARGE

I’m not alone in my narrow minded views either – as The Sun reports, an angry mum recently called for people who snore to be banned from campsites, complaining on Mumsnet: “Having finally managed to get to sleep on our mysteriously but persistently deflating air mattress, someone in the field next door wakes me up making a noise like a food processor being turned on and off.”

I’ve never sympathised so strongly with a ~Karen~.

Food for thought, anyway. At least we don’t have (quite) the same problem Europe does of toilet paper plaguing any and all nice clifftop car parks.