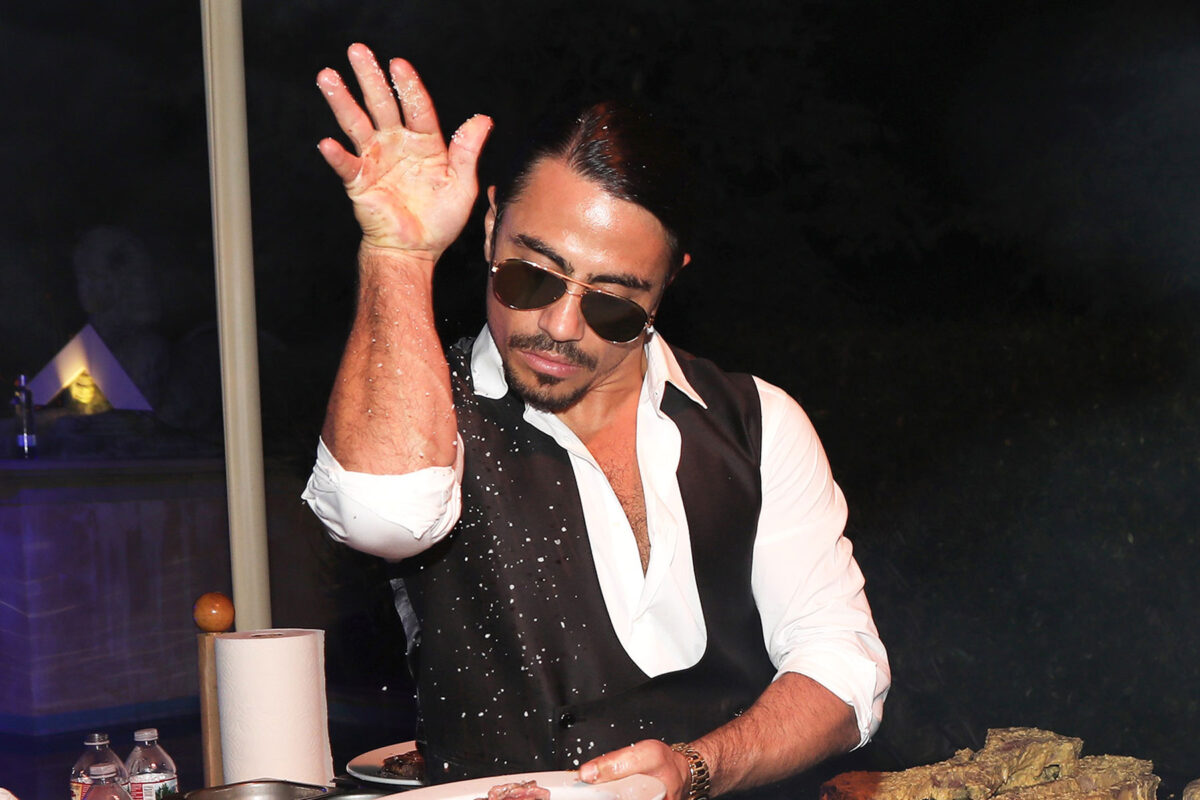 Rump steak is one of the most underrated cuts of beef around.

But the internet’s sexiest butcher (and social media sensation), Salt Bae, is not one to hold a grudge. This morning he took to Instagram to share a video of this often-overlooked cut of meat showing you how to cook it with flair, to the tune of 2,515,833 views and counting.

Simply captioned, “rump steak,” the video shows Salt Bae (real name Nusret Gökçe) lifting a charred rump steak as long as his arm off the grill, before showing it to the camera, giving it a wiggle, laying it flat and slicing it.

The final touch? A sprinkle of salt.

Commenters weighed in with remarks like: “no words, only emotions” and “you are so handsome.”

Others discussed his cooking technique. One argued it was too raw, and another said he was the “King of steak.”

Speaking of how you cook a steak… we’ll leave you with some parting words, courtesy of that late travel food show host Anthony Bourdain, who once said: “We are, after all, citizens of the world – a world filled with bacteria, some friendly, some not so friendly.”

“Do we really want to travel in hermetically sealed popemobiles through the rural provinces of France, Mexico and the Far East, eating only in Hard Rock cafes and McDonalds?”

“Or do we want to eat without fear, tearing into the local stew, the humble taqueria’s mystery meat, the sincerely offered gift of a lightly grilled fish head? I know what I want. I want it all. I want to try everything once.”

Though he was referring to some wilder stuff than a simple rump steak cooked in a steakhouse, it’s certainly not a bad place to start, if you are still prejudiced against it, assuming it will always be an inferior piece of meat.

Salt Bae isn’t alone in cooking ‘unloved’ pieces of meat, with various chefs telling Thrillist that tenderloin and filet mignon are often overrated and encouraging consumers and aspiring chefs to try more obscure cuts, as well as sharing how to cook less popular cuts in a way that makes them delicious.