“This is exactly what Paul Bettany wishes he looked like.”

The 39-year-old Canadian, known for writing and starring in comedies like Pineapple Express and Sausage Party, has always been known for a particular brand of slovenly charm. That said, in recent years, he’s really cleaned up his act, and has become a bit of a style icon.

During COVID, he’s also become a committed pottery maker, having discovered a real knack for the craft and regularly sharing his ceramic creations on social media. Seems he’s also discovered the secret to eternal youth, as his most recent Instagram post seems to reveal.

Just over an hour ago, Rogen shared a photo of his new haircut, a crisp short back and sides and more closely trimmed stubble that despite revealing how grey his hair has gone, paradoxically makes him look years younger. It’s a radical change that’s instantly generated buzz online. 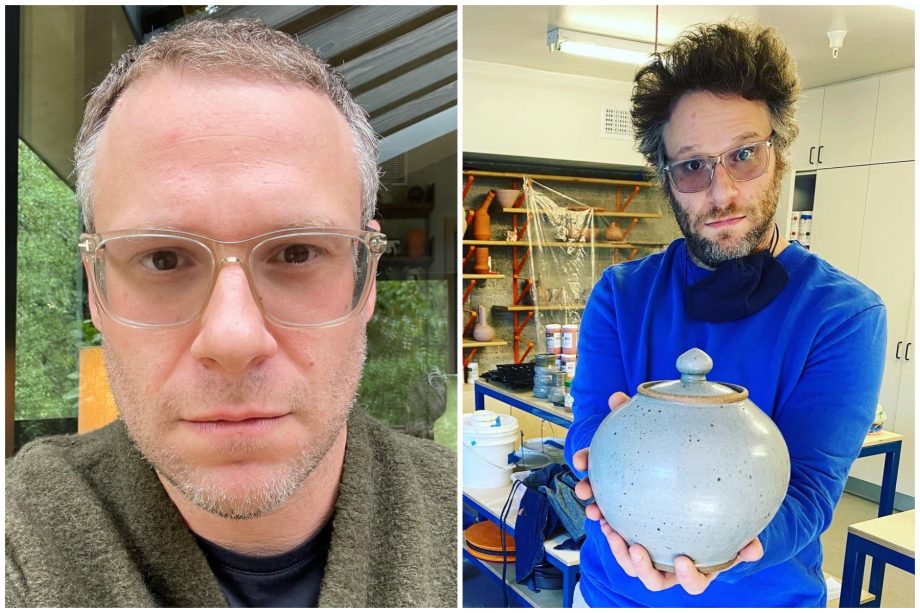 Seth as of two hours ago, and Seth in December last year. Images: @sethrogen

“This is exactly what Paul Bettany wishes he looked like. You are Benjamin Button. At 39, you look 63. And at 63, you will be but a small chubby toddler. I look forward to baby ol’ Seth.”

Rogen’s not the only male celebrity who knows that a haircut can take years off. Football legend David Beckham’s follicular follies, or Formula One champ Lewis Hamilton’s truly miraculous hair transplant success.

Alternatively, a bad haircut can age you beyond your years. Whilst we’re still in the F1 paddock, check out the rather concerning cut Sebastian Vettel was spotted shamefully rocking earlier this year.