Call Yourself A ‘Bad M****r F****r?’: The Rock Reveals Benefits Of Verbally Abusing Yourself In The Gym

“Go out and prove it, no-one’s watching. Everyone’s asleep, nobody will ever know.” 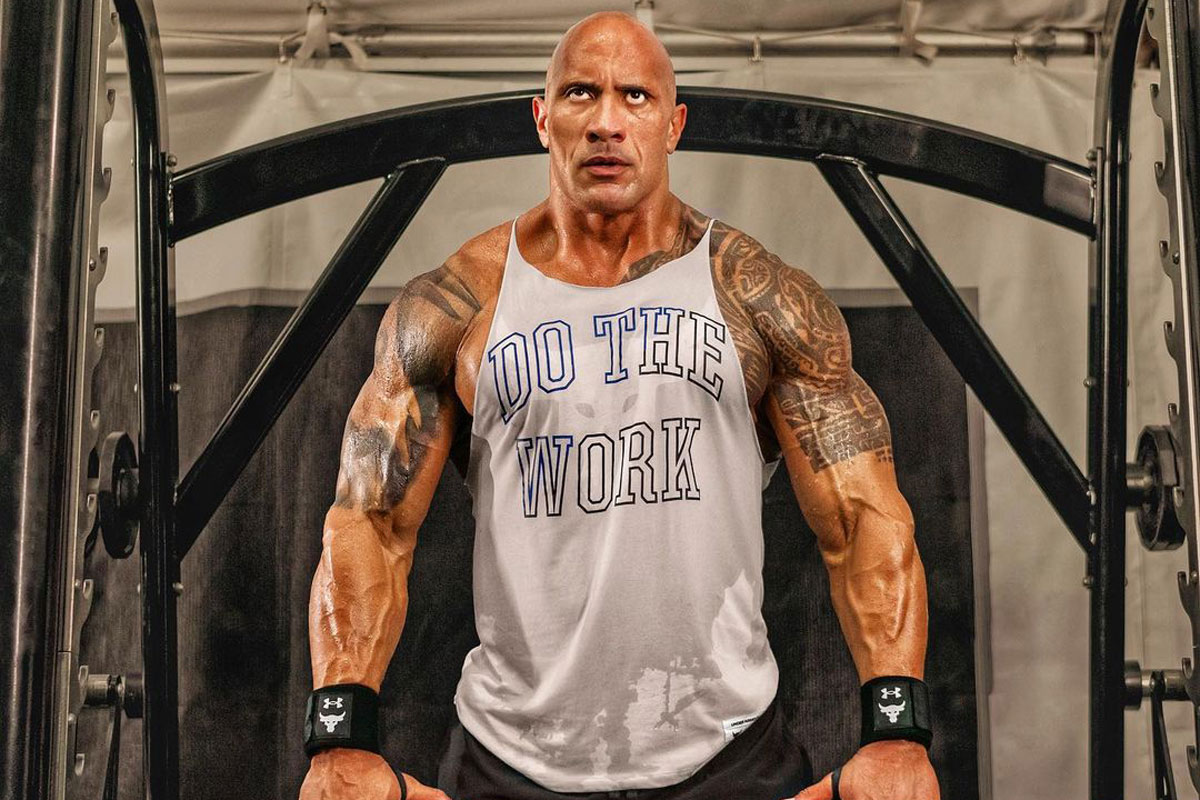 No matter your level of fitness or commitment to staying in shape, we all have bad days. Weights may feel particularly heavy one day, while at other times, we may even find it hard to get out bed and into our gym gear. It’s perfectly normal, and often, it’s a sign our body is telling us to slow things down a bit. However, inspirational fitness figures such as David Goggins, Joe Rogan and The Rock, have all made a career out of pushing their limits in order to smash goals and get themselves into the best possible shape.

Whether you would be best advised to follow in their footsteps is between you and your physio. But if you would like to ‘hack’ your way to more motivation they are great to look to.

We’ve previously discussed how David and Joe go about overriding their brain and body wishing to laze: the former providing such words as “Let me explain to you how this works – when it’s early and you don’t want to get up, you wake the fuck up! When you don’t want to go to run, you put your shoes on and go run regardless if it is hot, cold, windy, snowing, etc.”

Joe Rogan, meanwhile, has spoken about his “inner b**ch”, his inner voice that tells him he needs to stop: “It’s amazing how procrastination and laziness can sneak up on you some days, and how, much like inspiration, it’s got weak days and strong days. I think the key is to never give yourself that option. Ever.”

So, what does muscle mountain and Hollywood megastar The Rock do to keep himself motivated? The 49-year-old revealed all in a recent video posted to his Instagram account, responding to several people who have asked him how he “fights through fatigue being tired.”

The Rock admits that “we are busy, we are on this treadmill of life, that there’s no stop button”, before giving examples such as going to school, going to work or having bills to pay, all which “make us tired throughout the day”. And so, when it comes to working out, which The Rock tends to prefer to do late into the night and early hours of the following morning, he often thinks, “s**t, I should just call it a night.”

But, not one to be deterred, his first port of call to motivate himself is to try and think back to his younger days when he didn’t have much to his name, his “seven bucks days”, and the work he put into becoming one of the most famous – and likeable – people on the planet.

If he still feels demotivated, and the idea of sleep outweighs the thought of working out, he steps things up a notch, telling himself:

“Go out and prove it, no-one’s watching. Everyone’s asleep, nobody will ever know.”

Having this conversation with himself tends to work everytime, according to the man himself, making it an internal monologue everyone could stand to benefit from taking onboard.