Nicole Kidman, Pharrell Williams, Jessie J, Maria Sharapova. It might sound like your average entertainment awards night in Hollywood but this is actually the launch party for the world’s largest shopping festival known as Singles’ Day.

“The event this year hit US$25.3 billion in purchases in a single day with 90% of those made via a mobile phone.”

Backed by enthusiastic billionaire and China’s richest man, Jack Ma, the annual Double Eleven festival held in China was conceived by the business magnate’s e-commerce company Alibaba eight years ago. It was simultaneously given the name of Singles’ Day as a form of anti-valentines day where big discounts would be applied to any products purchased across its extensive e-commerce stores during a 24-hour fire sale.

Since its inception, Singles’ Day has grown to a behemoth on the global shopping calendar to the point where it this year hit US$25.3 billion in purchases in one day alone with 90% of those made via a mobile phone. This puts it in the region of a gross sales figure that’s three times higher than America’s Black Friday and Cyber Monday sales combined.

A closer look at the stats reveals just how serious an event Singles’ Day is for the Chinese and more importantly for the international brands looking to crack into lucrative Chinese market. With a 39 percent jump in sales from last year, Double Eleven was able to test Alibaba’s digital payment service (Alipay) in processing up to 1.48 billion transactions in a small window of time. It succeeded without crashing.

It’s also the clearest indication yet of the future of retail as the world begins to move on from physical cash onto the mobile phone wallet platform. To cope with such a surge in products being moved to customers across the nation, the Chinese railway had to enlist extra bullet trains to satisfy the fast shipping demands of today’s customers. 812 million parcels were eventually delivered to buyers without a hitch.

What makes the world’s biggest shopping event more of a spectacle though is the pulling power of celebrity endorsements and a new wave of Chinese influencers pushing the big sell. As a lead up to the event, a four hour concert was televised across the country and featured the aforementioned international guests who often seemed out of place yet still willing to take part (for the right amount we’d assume).

Take Pharrell Williams and Chinese pop star Kris Wu rapping on stage for instance. It was a rather odd performance with a hip-hop beat alongside stoic back-up dancers and cringeworthy lyrics about shopping, one’s love for China…and nothing much else:

Even the adoring crowds looked like they had been forced by communist officials to be there (see video below).

All of these observations are beside the point though. The Double Eleven event is a real time data collection exercise for the world’s largest population and their diverse shopping habits. A massive screen at the festival presented the number of sales in real time with glowing numbers that ticked until the final seconds.

Touch screens would also reveal critical personal data such as the city where the buyers were from, their age bracket, gender and cumulative distance of the travelled parcels. By 11:08pm, an hour before the sale’s end, the dispatched parcels had done a collective 114 million kilometres.

According to the Sydney Morning Herald, this highlights Alibaba’s core business as big data and the event acts as a test of how its system will cope with it. Similar to Google or Facebook, Alibaba collects data from its 500 million consumers in a bid to revolutionise the traditional shopping experience.

“We know a lot. We can model the lifestyle of 500 million people,” chief marketing officer Chris Tung told SMH.

“Bricks and mortar retailers are suffering today, but there is a way to make them just as successful as online.”

To entice consumers to visit the traditional bricks and mortar stores, Alibaba devised a “catch the cat” mobile phone game. This game transformed 100,000 physical stores into “smart stores” which would offer digital gimmicks and novelties like augmented reality makeup mirrors.

The fashion chains meanwhile gave their shoppers a chance to try VR changerooms – a platform where people can try on clothes without needing to actually get changed. The facial recognition technology set up in these stores can help customers search online for out of stock colours whilst simultaneously tracking their buying habits for the business.

These cameras can essentially guess what age consumers are, what they buy and who they are. Those who are signed up to the store’s loyalty program are under even heavier surveillance with data being tracked on exactly what they are doing in the store.

When pressed on the issue of privacy, Tung told SMH that the “personalisation” technology that Alibaba offers to retailers is no different to the targeted advertising that people experience on Google and Facebook today.

“Why should that personalisation only be online?” he says, explaining that marketers are also interested in targeting shoppers right down to a specific store.

Tung says that Alibaba “won’t cross the line” when it comes to data privacy.

“We will never release individual data about anyone.” 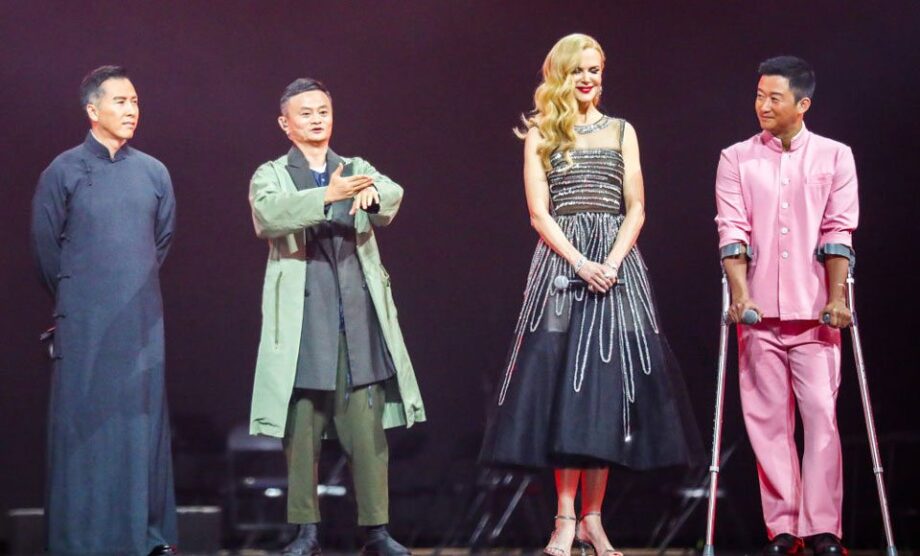 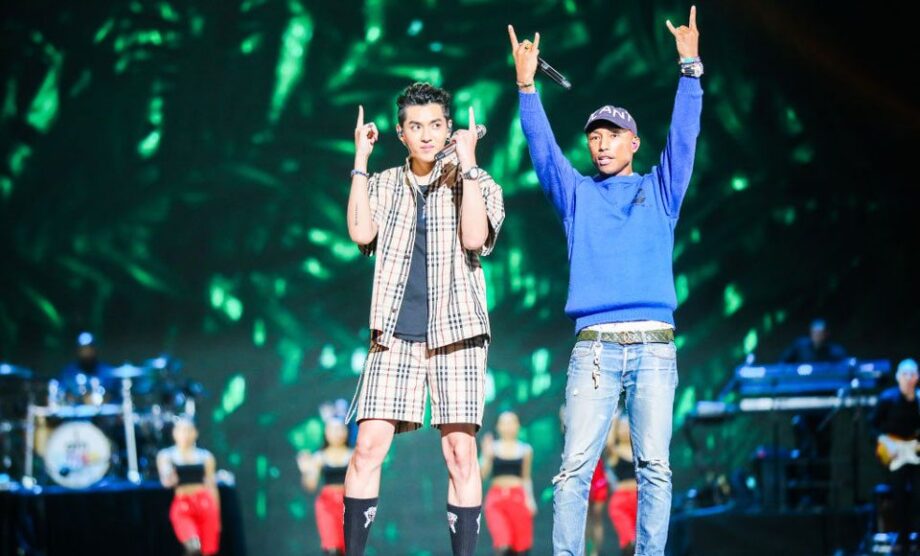 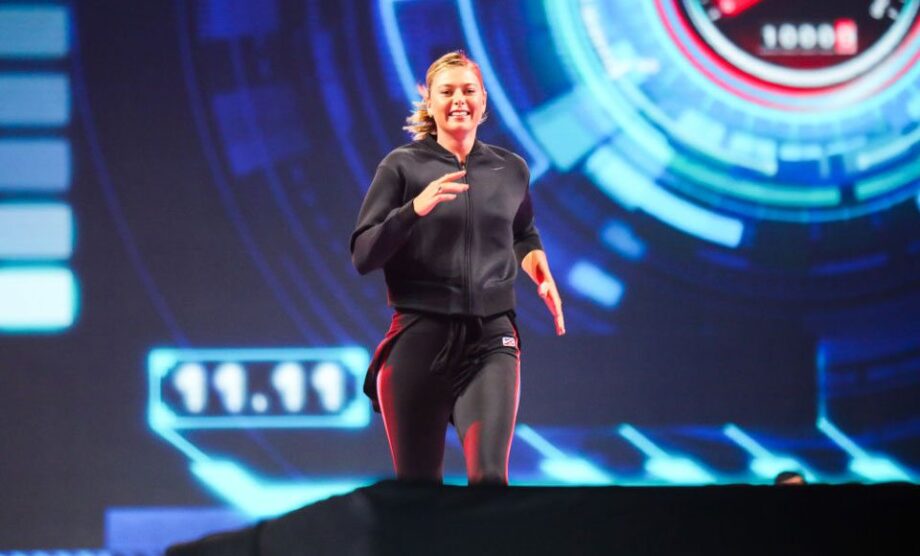 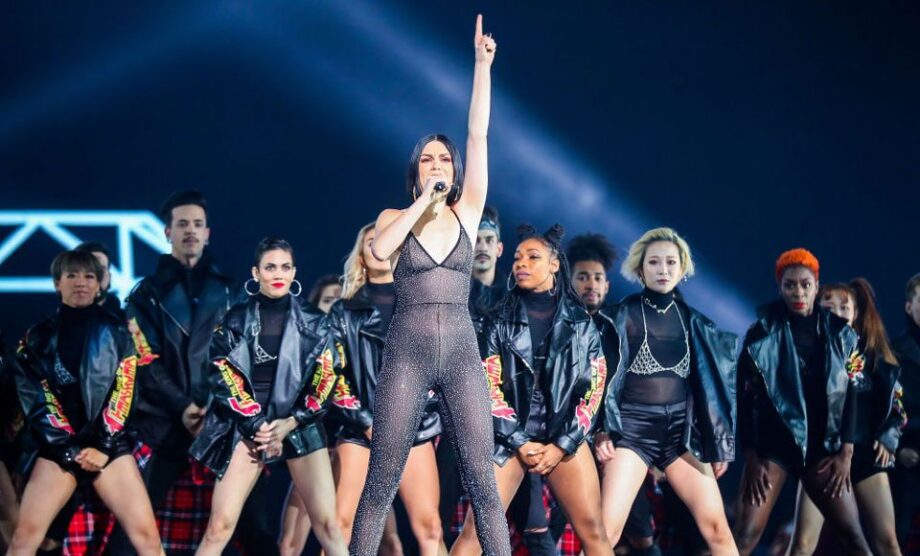 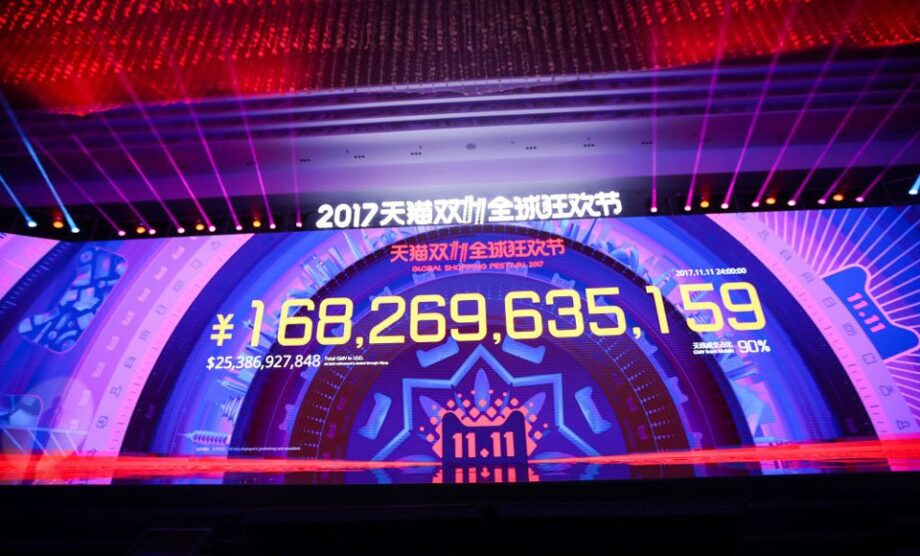 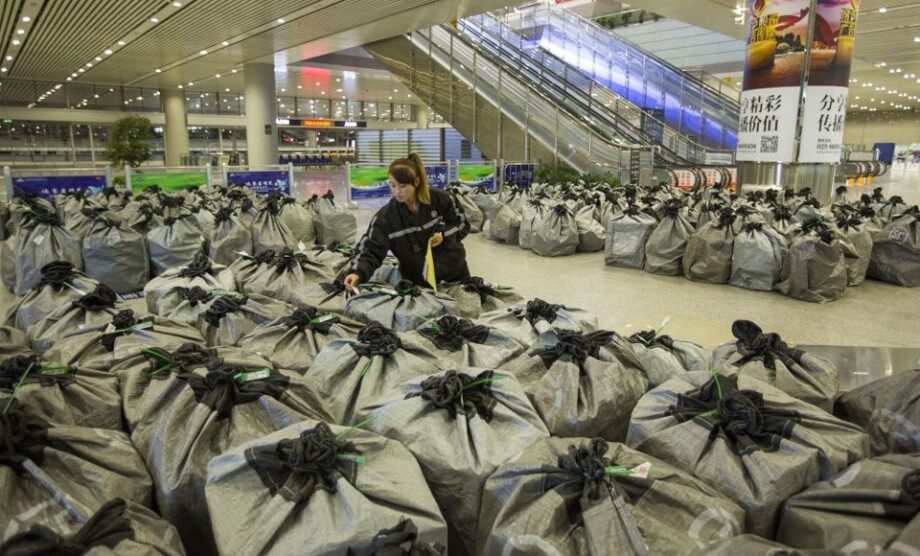 6/11
The logistics for delivering 812 million parcels 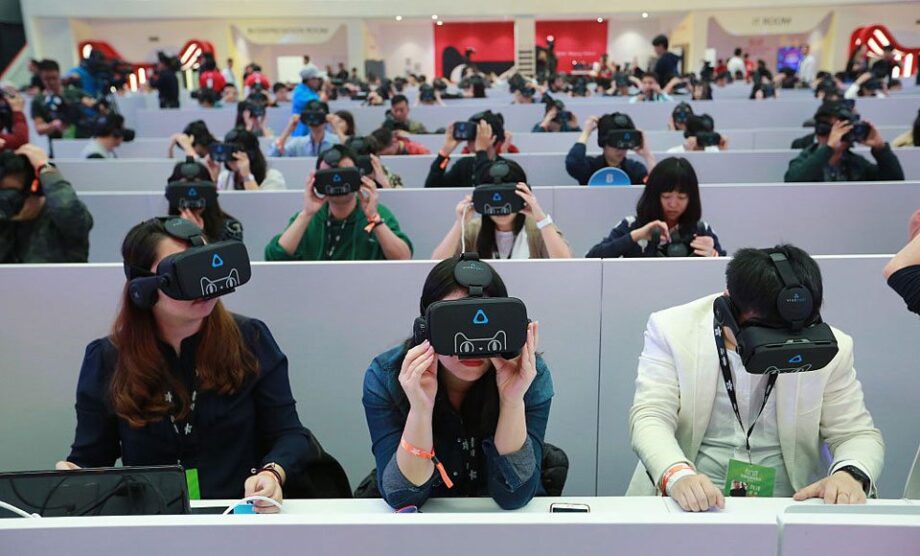 7/11
VR continues to change to buying process of customers 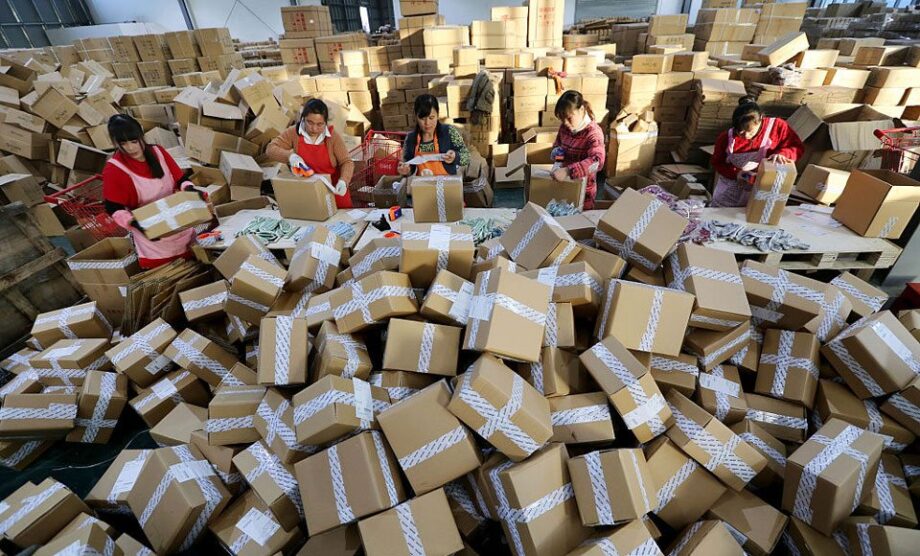 8/11
Mail workers sort through the millions of parcels 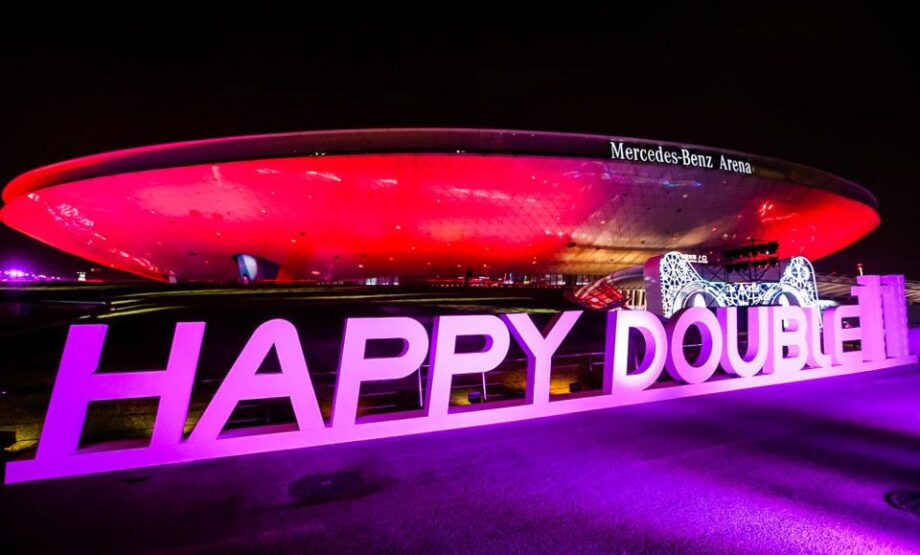 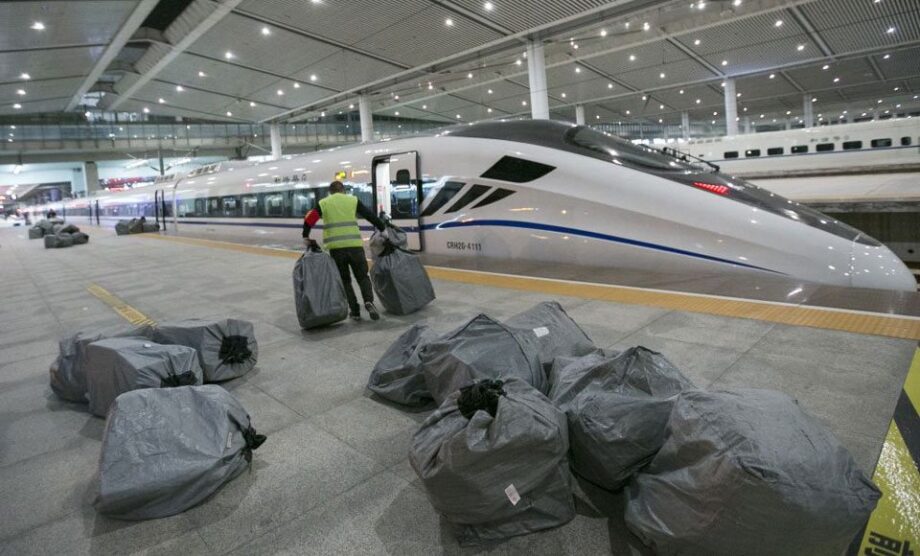 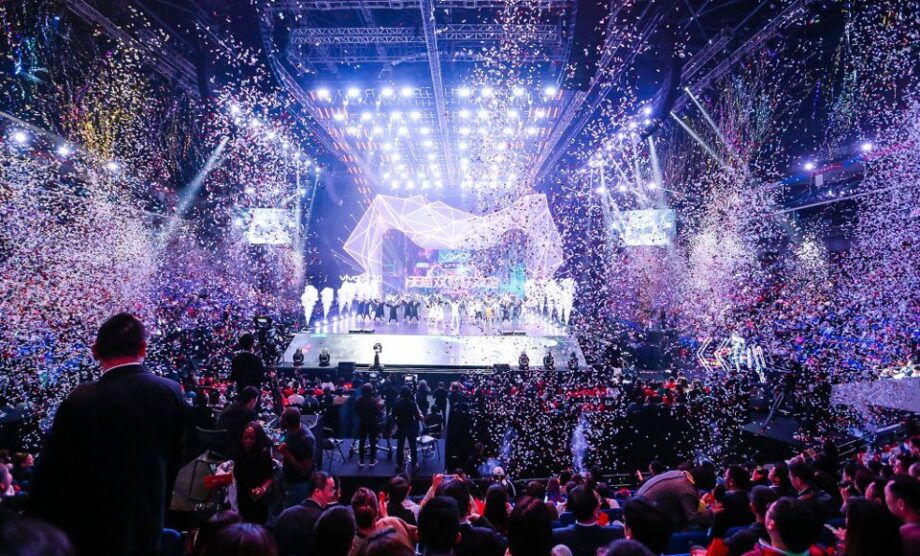