If you were stomping your feet in fluro during the wee hours of the noughties, then there’s no doubt you’d be familiar with electro house act Sneaky Sound System.

A staple of the Australian dance music scene since late 2001, D’Marge recently sat down with one-half of the duo, Angus McDonald, to chat about everything from the Lockout Laws to love and keeping your style simple.

“It was really just a bit of fun to start with, we’d play records, Daimon would MC and it just kind of took off, it struck a chord basically.”

McDonald, who began on guitar with influences like New Order, The Cure, David Bowie and Daft Punk always had dreams of a career in music, having a strong grip on songwriting and experience playing guitar since he was “just a kid.”

“We used to play every party in town for quite a few years, then after we put out our first single in 2004 it was pretty clear that we wanted a female singer.”

Sneaky “stumbled” across South African-born singer-songwriter Connie Mitchell in 2005, a founding member of 90’s techno outfit Primary, and “that’s when everything obviously took off”.

11 years on and despite massive changes in the Australian and international music scenes, McDonald believes we’re “at the forefront of some amazing cutting edge electronic music.”

Cutting edge couldn’t be more spot-on. In fact, McDonald admits it’s not always easy staying at the forefront. “You’re never going to be red hot all the time,” McDonald says, referring to the recent EDM craze blasting through the world that has been perhaps a little ostracising for Sneaky Sound System.

“We didn’t fit into it or feel comfortable trying to adapt our music to that style. You’ve got to be true to yourself I think.”

By the time EDM radio favourites like Skrillex, Avicii and Tiesto were pumping out bangers, Sneaky already had 3 records under their belt and could focus their energy elsewhere, a process McDonald says allowed him to find solace and inspiration.

“We went on tour and spent a lot of time in Europe, basically going back to our roots, playing quality house music rather than big, noisy, predominantly shitty, whatever-you-want-to-call-it music.” Staying out of the limelight temporarily, Sneaky continued writing and recording. “We just waited until the time felt right, and it felt right, right now.”

Right now, however, is an unpredictable time in McDonald’s Sydney stomping ground. Just take the controversial lockout laws, that have enforced 1:30am lockouts and 3am last drinks at the city’s hotspots and major venues, subsequently having a knock-on effect for the Australian music scene.

“They’re just ridiculous”, McDonald says of the new legislation. “You could talk about it all day but it’s just insane that you could go and bring in a law that doesn’t even deal with the issue.”

“A lot of our friends have lost their businesses, they’ve lost homes. It’s really dampened the spirit of people here.”

“The fact is, that’s what the talk of the town is…that Sydney is not the place to go, and that has a big effect on artists because there’s nowhere to perform. Hopefully, common sense will prevail, they’ll realise the damage has been done to the live music scene and to the artistic world, and it will improve.”

As for making it big overseas, it’s a completely different ball game where McDonald says things are “breaking off a bit, rather than being one big hotspot”. “We’ve spent a lot of time in Ibiza, for example, and I think that’s changing for the worse because it’s going down the Vegas route. Then you’ve got other places, like Mykonos and Croatia that have that sense of innocence…a good vibe.”

With plenty of world tours, awards and nominations to look back on, you’d think there aren’t many ‘pinch yourself’ moments left for Angus and Connie, but there are a couple McDonald will never forget.

Hearing their single ‘Pictures’ on the radio for the first time while driving past Stonehenge on the way to play Glastonbury to a packed out tent was a highlight that McDonald says “nothing could have prepared us for the scale of”. Add to that a night in the studio with Jay-Z, Kanye and Beyonce and Sneaky Sound System appear to have literally, done it all.

But how do the Australian electro duo escape from the heat and craziness of it all? Well, home is a good place to start. With a studio on the first floor of his home, McDonald explains a renovation that has meant he and Connie would almost never have to leave.

“It’s our sanctuary. We were stuck right into the party scene for a while, but these days we’ve gone almost in the opposite direction, we like to be as quiet as possible.”

“We’ve done it enough times…if we never went to another party again we’d be happy.”

Angus and Connie, who got hitched last year, have managed to balance a professional and personal relationship with the simplicity of friendship, having worked together on a platonic level for 6 or 7 years before becoming an item.

“We both had long term partners and we were such great mates, we knew everything about each other, so it felt very natural in the end….We get to travel the world together, we know what makes each other tick, and we can separate the professional and personal things in a heartbeat because we had done it for so long beforehand.”

“We like to think it’s a never ending honeymoon, we couldn’t be happier, to be honest.”

Sneaky frontwoman Connie has made a name for herself for her elaborate and colourful on-stage costumes, a concept McDonald admires but admits he isn’t about to try and compete with.

“I’m not an idiot. I learnt a long time ago that people are looking at one person up there and it’s not me. I’m not trying to compete with Connie, she’s a star and she’s so beautiful”.

“I have 80 identical white t-shirts, and 4 pairs of identical black pants,” McDonald jokes. After struggling to finesse his fashion sense, Angus says “I thought ‘screw it’, this is my uniform.”

Whilst he considers himself an anti-materialist, McDonald can’t go past his favourite brands. “I always buy the same pair of Neil Barrett jeans, I love Margiela shirts and Dior when Hedi Slimane was there. I also have a Panerai watch, which was a very generous gift from my wonderful friends.”

Simplicity at its finest, a mindset both Connie and Angus continue to live by in the music-making process. Just take Sneaky’s latest track ‘I Ain’t Over You’, a single that McDonald says could be “sung from the mountaintops” and was “knocked up in a morning, and by the afternoon, had the bones.”

Sneaky Sound System will be heading to Europe for 3 months from the 1st of June to start a residency in Mykonos followed by shows in Spain, the UK and other parts of Europe, before returning to Australia with plans for an album and shows in late 2016. 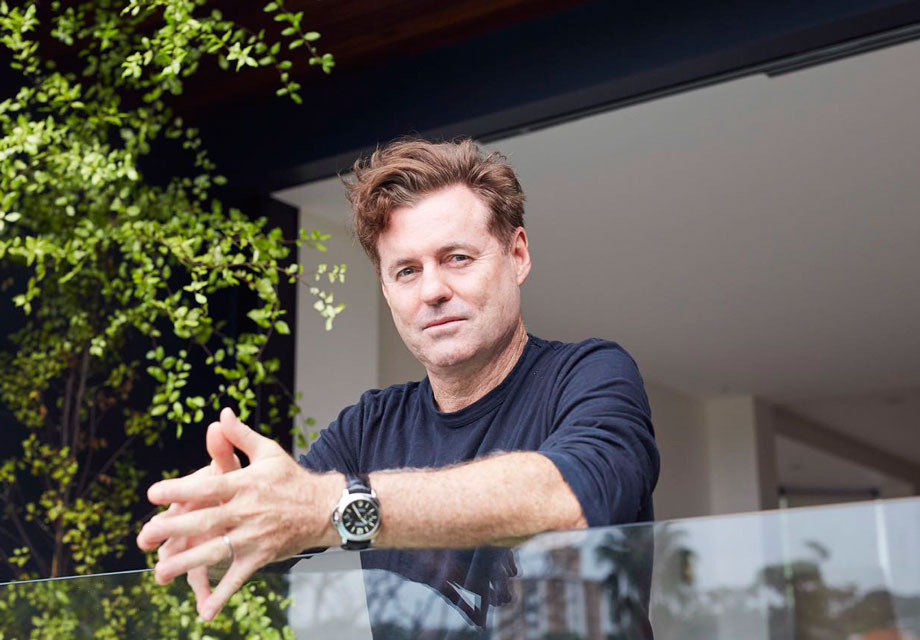 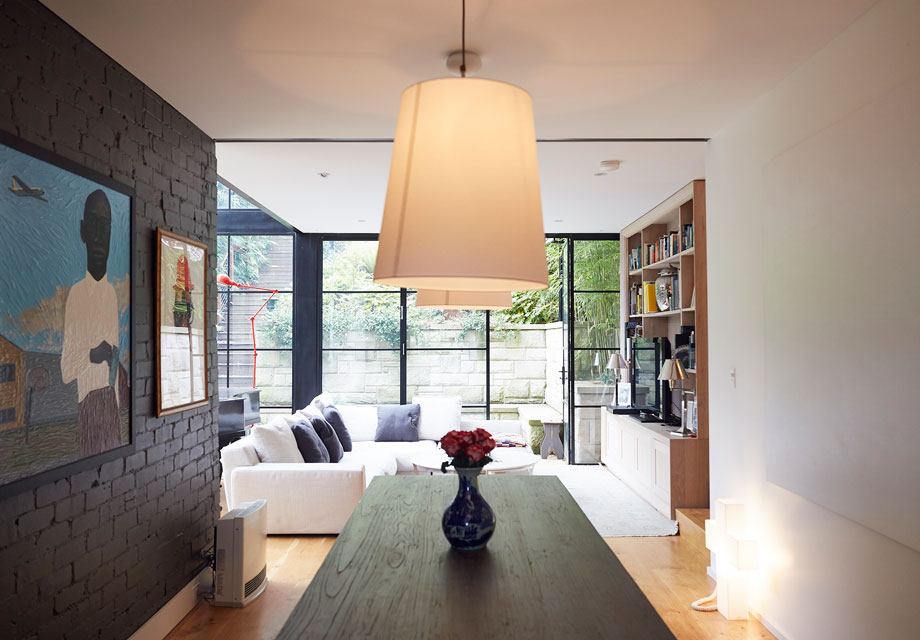 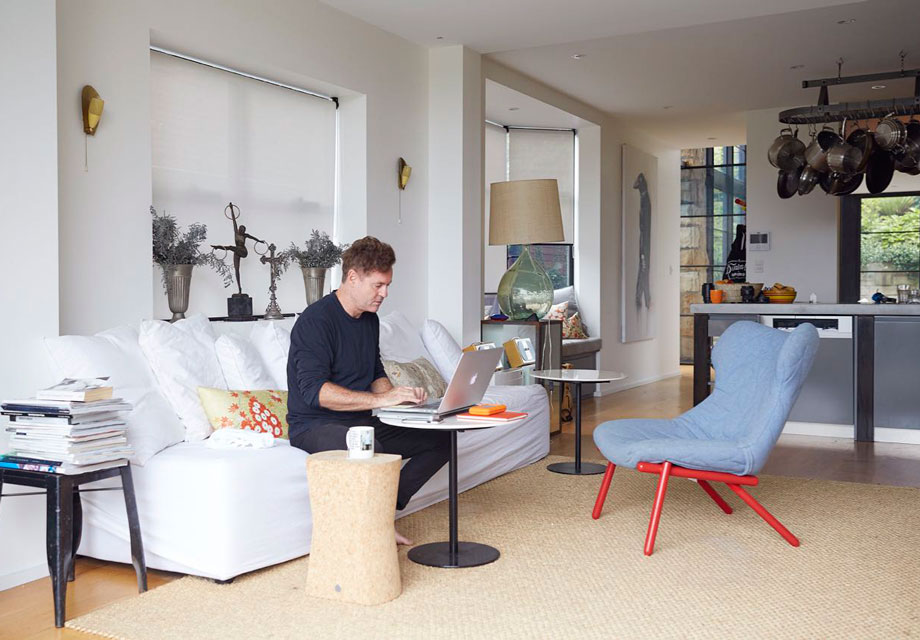 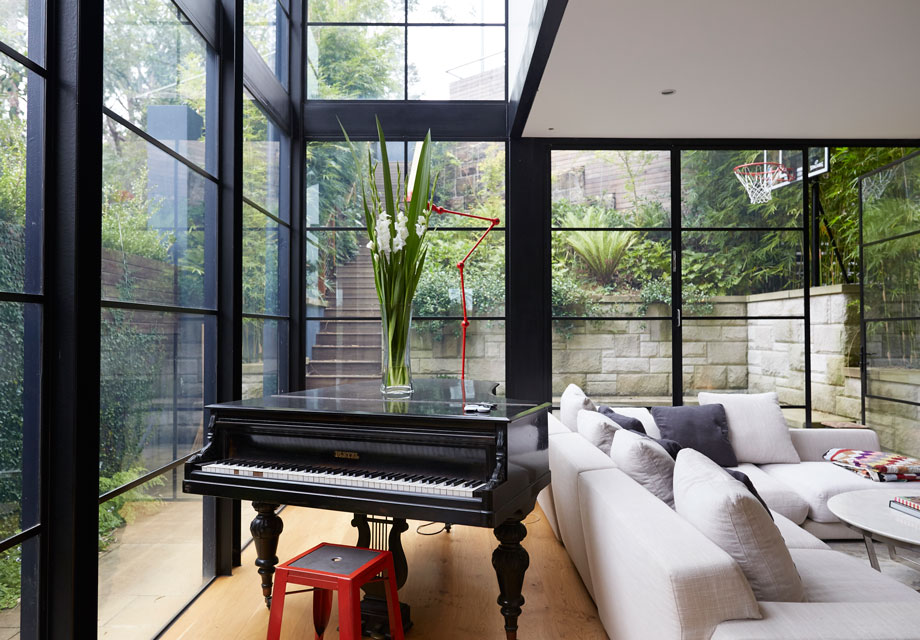 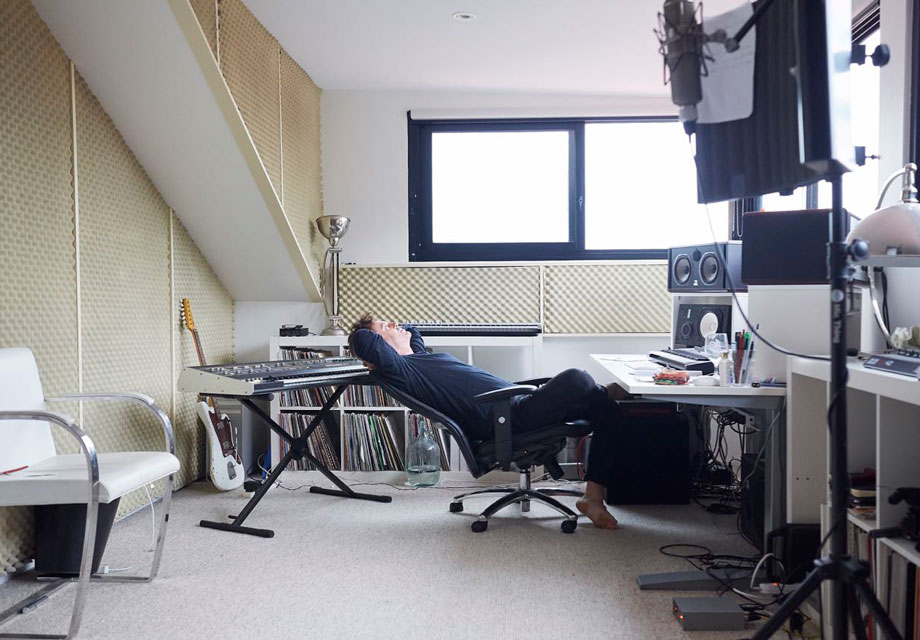 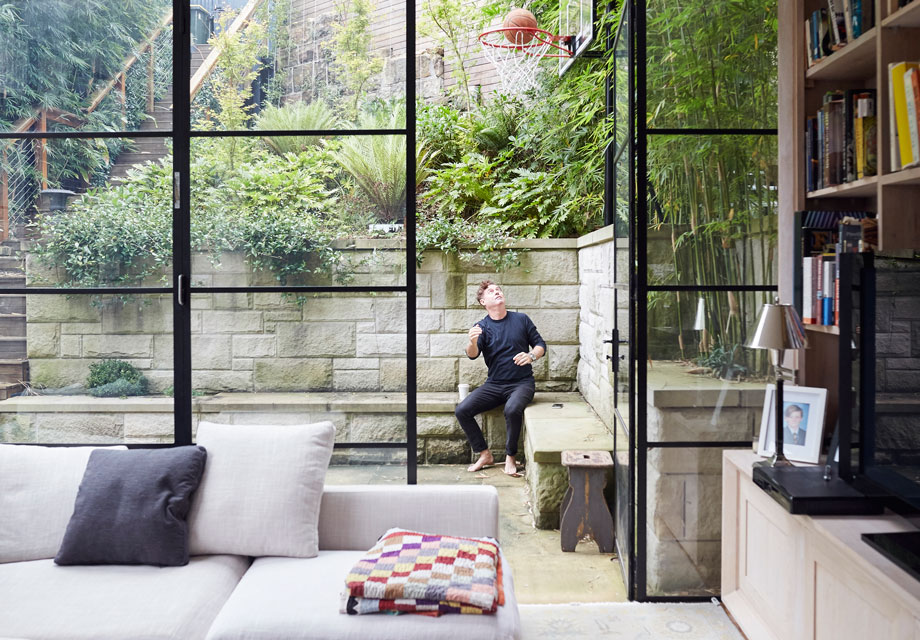 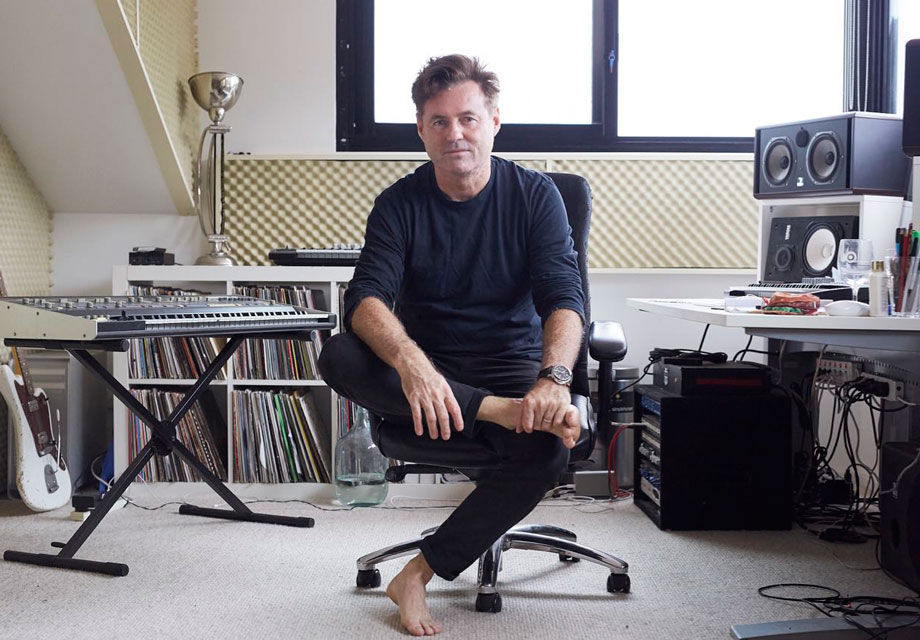