Attend any sporting event and you’ll be bombarded with branding from aggressively-named energy drinks. These amped up beverages are beast mode in a bottle, designed to make their drinkers work hard, play harder, and rage on.

But Polish design studio Opus B thinks that what people really need is to chill the hell out, so they created the world’s first anti-energy drink bottle.

Simply called Slow, the beverage is described as “a soothing drink for those who find it hard to find a moment for themselves in their everyday busy lives.” A tag attacked to the bottle’s neck reads: “Take a breath, listen to the silence, enjoy life, enjoy yourself. Take this moment, now be. Just be.”

The beverage’s packaging is carefully crafted to encourage relaxation and reflection. Two bottles connect in the shape of an hourglass – a reminder that time is precious, as well as tactic to slow the drinker down. The two halves must be twisted apart in order to drink, meaning they take more time to serve and are best sipped in company.

“Our principal idea was to design a package which will provoke the creation of a new ritual of consumption,” said Opus B’s Aleksandra Wiśniewska. “The package creates a pretext to stop, think and catch a moment for yourself.”

“We wanted to make associations with the passing of time, countdowns and some sort of transiency,” she added. “The watching of an hourglass is a certain ritual which may be soothing and relaxing thanks to its monotony.”

RELATED: This Phone Is Designed To Discourage You From Using It 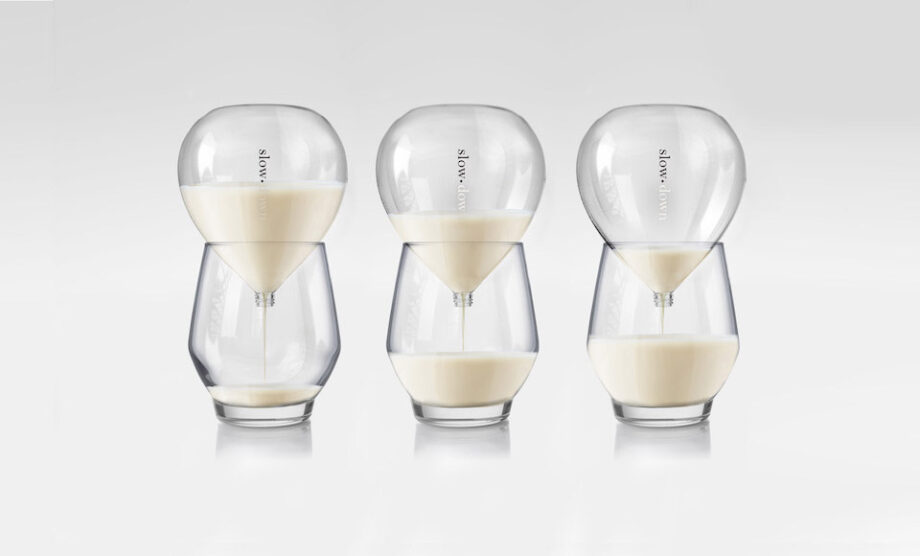 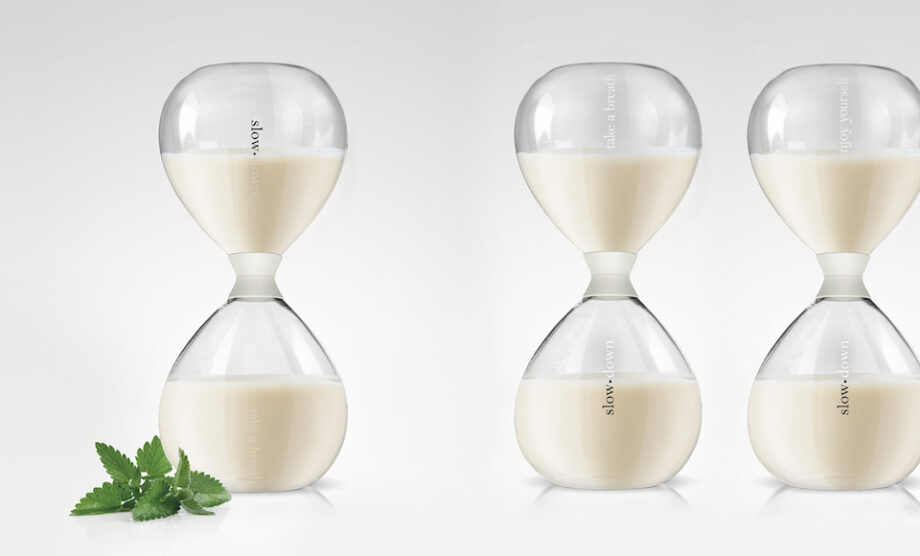 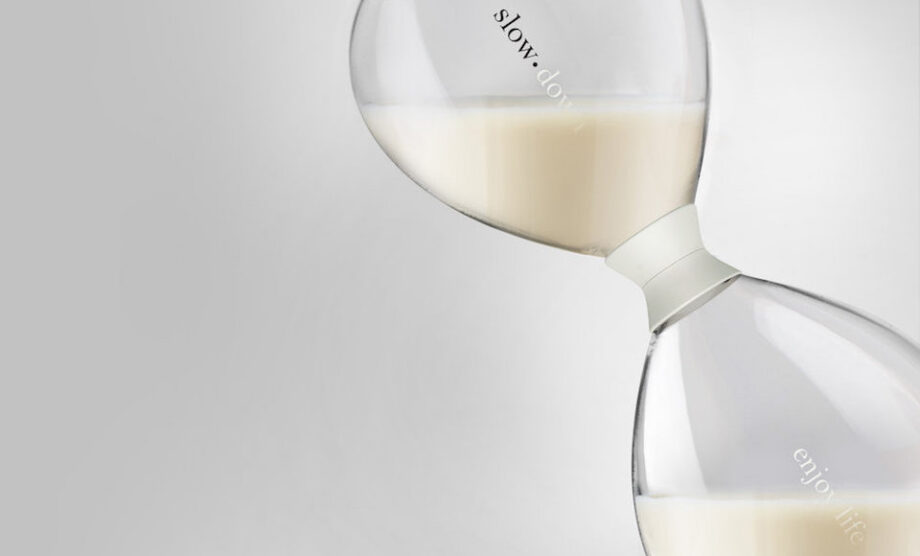 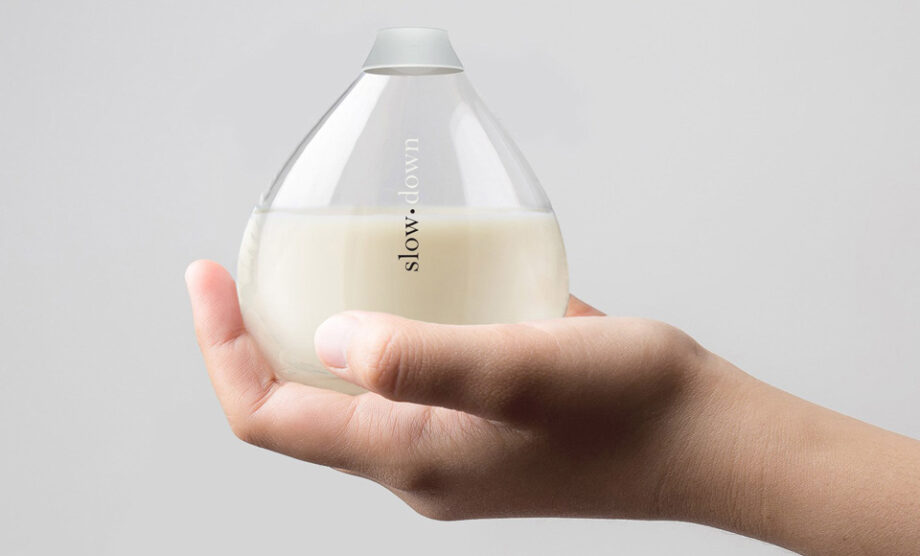 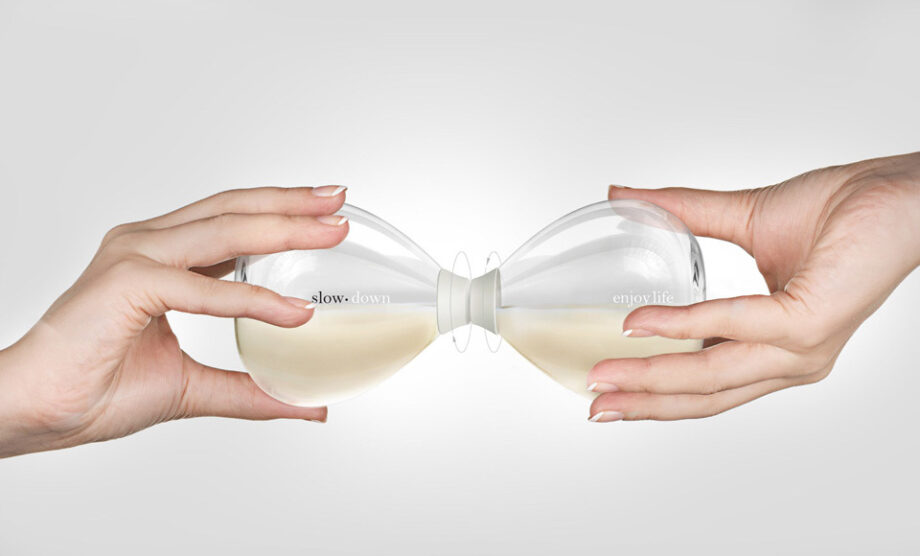 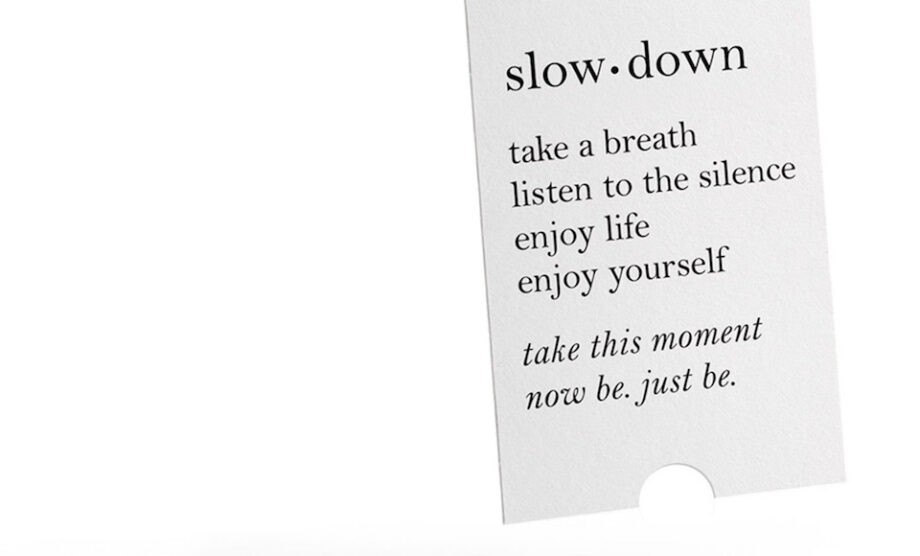