If there’s nothing you love more in the morning than a cup of joe and the threat of tachycardia, it’s time to head to Adelaide. South Australia’s cosmopolitan coastal capital is home to Viscous Coffee, a cafe pouring a brew so strong it comes with a warning and a practically-apocalyptic name: Ass Kicker.

The nearly fatal cup contains 120ml of ten-day cold brew, a quadruple shot of espresso, and eight ice cubes made from 48-hour cold drip. All that adds up to 80 times the amount of caffeine found in a regular cup of coffee and half the dose considered to be lethal.

“Some people love it and some are broken by it but it’s all in the name of fun,” said Steve Benington, owner of Viscous Coffee, to The Advertiser.

The frankenbeverage was originally created for an emergency room nurse who needed to stay awake for a night shift. “She consumed her drink over two days and it kept her up for almost three days,” Benington explained. “I toned it down a little after that and the ‘Ass Kicker’ was born.”

Despite being ‘toned down’ for its public debut, the coffee comes with a health warning: “Persons with high blood pressure and/or heart conditions, drink at your own risk.”

Customers who meet the physical requirements are advised to drink the Ass Kicker over three to four hours for 12 to 18 hours of “sustained up-time”. Down too much too fast and, well, let’s just say there’s a reason medical professionals have expressed concern over this mighty brew.

“There have been a number of documented cases of hospital admissions and also death with caffeine intakes less than half of what is contained in this beverage,” warns Tanya Lewis, an accredited dietitian and personal trainer.

The good news? Despite sounding like it would have the all the subtlety (and perhaps the actual properties) of paint thinner, the Ass Kicker reportedly tastes like toffee. Anyone game for a sip? 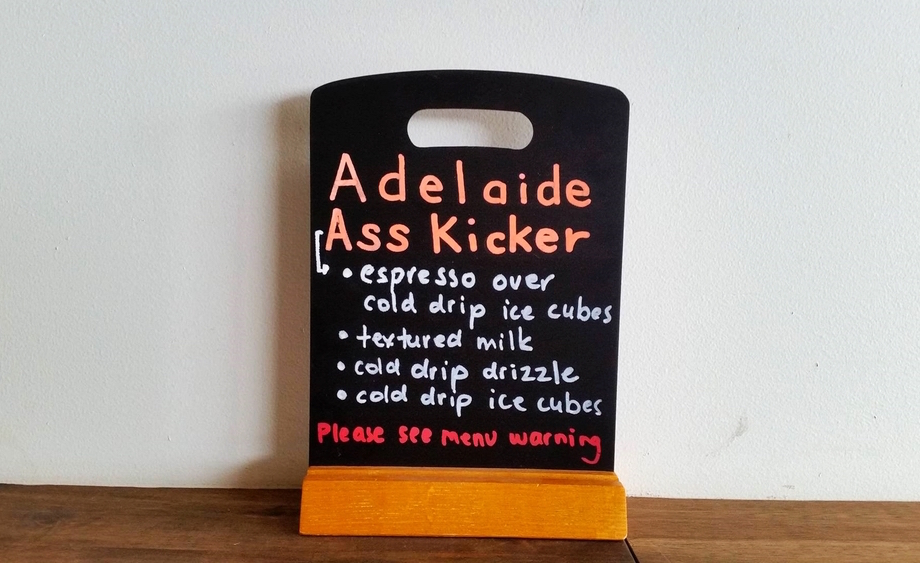