Thought you were going about your Tinder dates in stealth mode? Think again. The Washington Post recently sat down with some major restauranteurs to discover that your awkward first date is not only totally obvious to staff, but pretty laughable when it goes sour.

One general manager of a restaurant recounted seeing a woman whip out Tinder the minute her date left the table and another “witnessed more than one Tinderella arrive, get a glimpse of the person they’re supposed to meet – and head right back out the door.” Ouch.

These days, first dates fill restaurants and bars so often that the staff are almost always onto it when you’re on one. “They’re moderating how much alcohol they drink,” Chris McNeal, general manager of Bar Dupont said. “They have that twitchy-eye thing where, like, they don’t know each other.”

Apparently, your awkward first date isn’t just cringeworthy to watch, it’s also affecting many businesses’ bottom line as every seat is a piece of money-making real estate. Tinder alone claims to generate 1.3 million dates per week and it has begun to transform a restaurants’ table timing, ambience and even the way in which it has been designed.

Gone are the days of the long dinner and even longer movie date. With the rise of geo-locating dating apps like Tinder, Grindr and Bumble, these days practically every first date is ‘blind’, making the less-risky approach of ‘a quick after work drink’ far more appealing. In fact, in a survey of 5,500 American daters conducted by dating app giant Match last year found that the best way to land a second ate is to have the first one of drinks.

According to biological anthropologist Helen Fisher, “It’s a look see…Was she kind to the server? Did he have good taste in wine? A just-drinks date is extremely well built to assemble date about a potential partner.”

Some restaurants have cottoned on to the in-and-out dating phenomenon and have changed the design of their dining rooms accordingly.

“At Bardeo, we had 10 tables, and a lot of those tables were for hour. Every single table, almost every single night, was filled with couples,” restaurant owner Ashok Bajaj said. To accommodate all his hungry Tinder hopefuls, Bajaj did away with booths and installed tables for two which meant more people, more money, and more awkward dates.

So there you have it, it seems you can either embrace the potential awkwardness of a first date restaurant encounter, or forget the formality and just go to a good old fashioned bar. 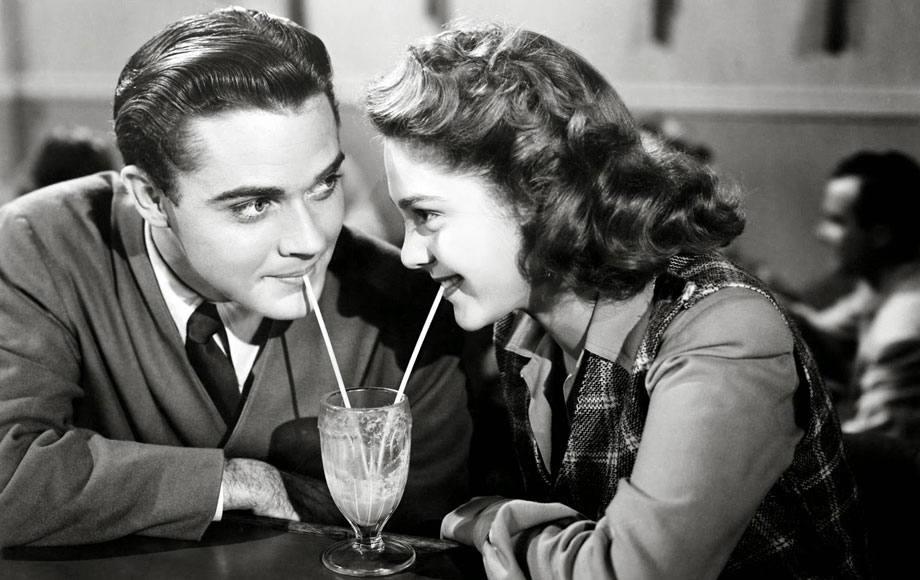