Earlier in the year Swiss watchmaker Baume & Mercier unveiled a duo of their most affordable models from the Clifton Club line of sports watches.

With intricate motorsport styling and a high degree of wearability, the Indian Motorcycles collaboration known as the Clifton Club Legend Tributes captured our collective hearts and wrists over at SIHH 2018.

The watches come as two solid chronograph models in the aptly named Chief and Scout, named after the respective motorcycle models.

Anyone who knows their heritage motorcycles will be well acquainted with the Indian Motorcycles name which was established way back in 1901.

The American manufacturer of vintage bikes was the sole inspiration behind the Scout timepiece which features a semi-opened dial to reveal the inner-mechanics much like the design of the bike.

The Scout is powered by the robust Valjoux 7750 automatic movement which affords an hours, minutes, seconds, and date function alongside chronograph counters at the 6, 9 and 12 o’clock indexes.

On the dial it’s all about the opaline grey which is finely contrasted with the snailed black chronograph counters and the aforementioned partial opening alongside a gold seconds hand. Green Super-Luminova is applied to the indexes to ensure legibility.

The watch’s power reserve clocks in at 48 hours and the whole package is housed in a 44mm stainless steel case which is paired with a brown calfskin strap to mimic the motorcycle’s saddle.

The watch affords a 50 metre water resistance rating and only 1901 examples of the Scout will be released to reflect Indian Motorcycle’s debut year.

Similar to the Scout, the Chief takes all of the inner workings but changes it up with a fresh dial design and strap designation.

On the dial it’s all about the opaline black which is finely contrasted with the snailed silver-coloured chronograph counters and a red racing stripe which circles the dial and covers the seconds hand.

Only 1901 examples of the Chief will be released to reflect Indian Motorcycle’s debut year. Both models can be identified with the caseback engraving which wears the Indian Motorcycles logo. 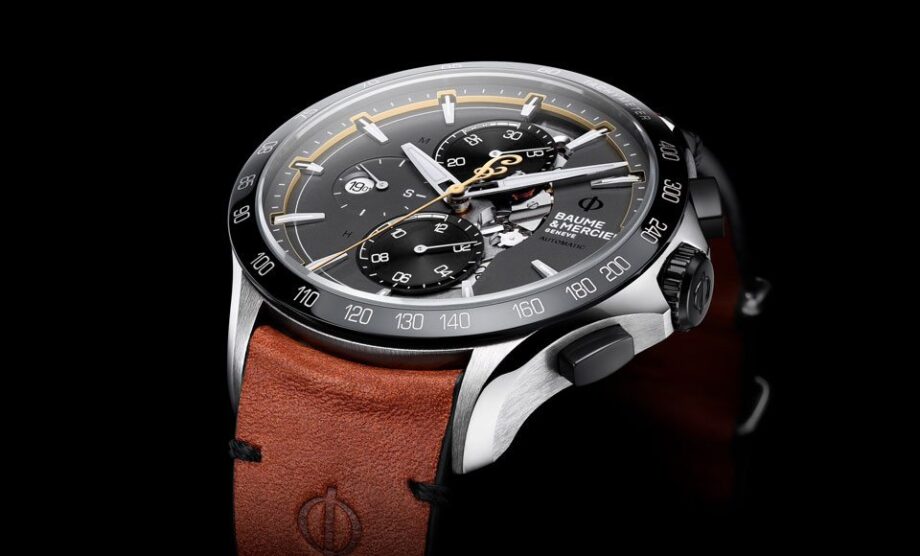 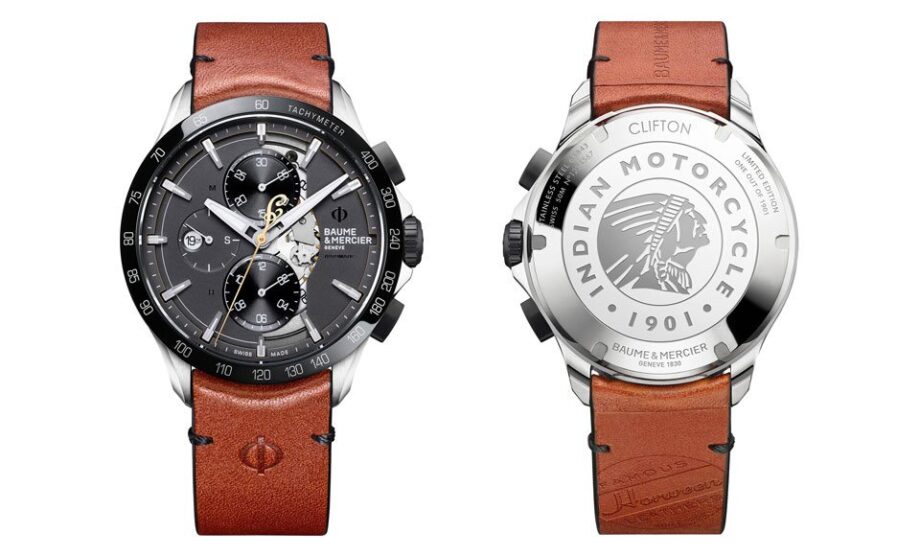 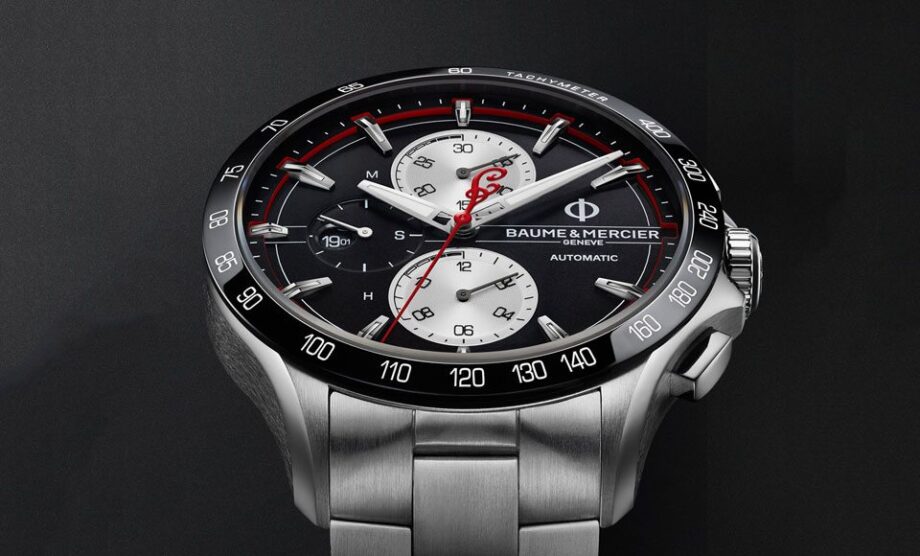 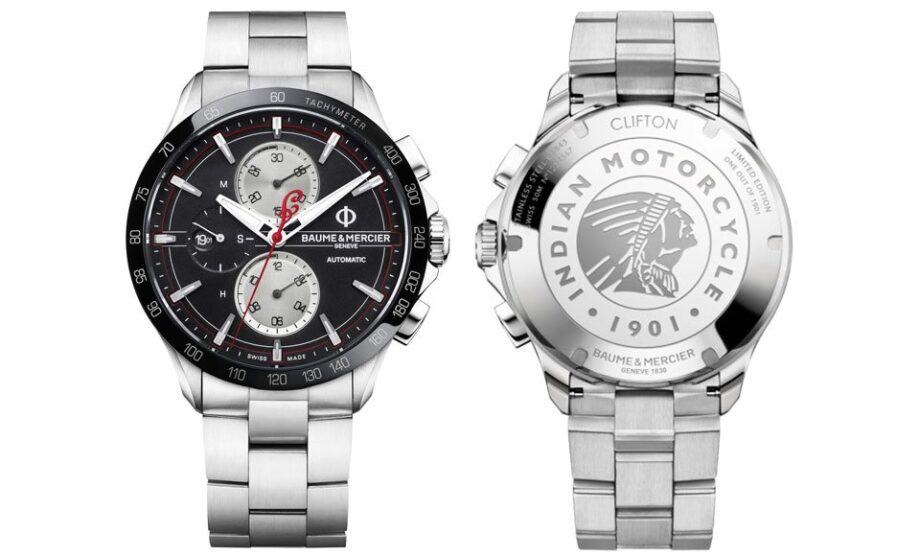