Then there’s Manly — an urbane strip famous for its megaphone happy lifeguards, kebab shops and crowds.

But guess which of these two beaches has held the number one spot on Tripadvisor’s ‘Best Beach In The South Pacific’ list for two years in a row?

Having lived down the road from #1 rated Manly my entire life, and having visited #7 rated Whitehaven (courtesy of Daydream Island Resort, which recently celebrated its re-opening) for a day last weekend, I took the chance to see for myself if the Tripadvisor Pundits made the right call.

Here’s what I found.

Whether you are an English climate refugee, an inner city hipster or a Blue Mountains cattle herder you can pretty well ‘do’ Manly as a day trip (the English backpackers might need to allow a day and a half). Taking the half hour train from the airport to Circular Quay ($4) and then the 17 minute Fast Ferry from Circular Quay to Manly ($9), you can be there within an hour of stepping off an international flight.

Whitehaven, on the other hand, requires you to travel to one of the Whitsunday islands and book yourself into one of the Cruise Whitsunday tours (which cost anywhere from $115 per person to $299 per person, depending on add ons) unless you have your own private seaplane, boat or helicopter. 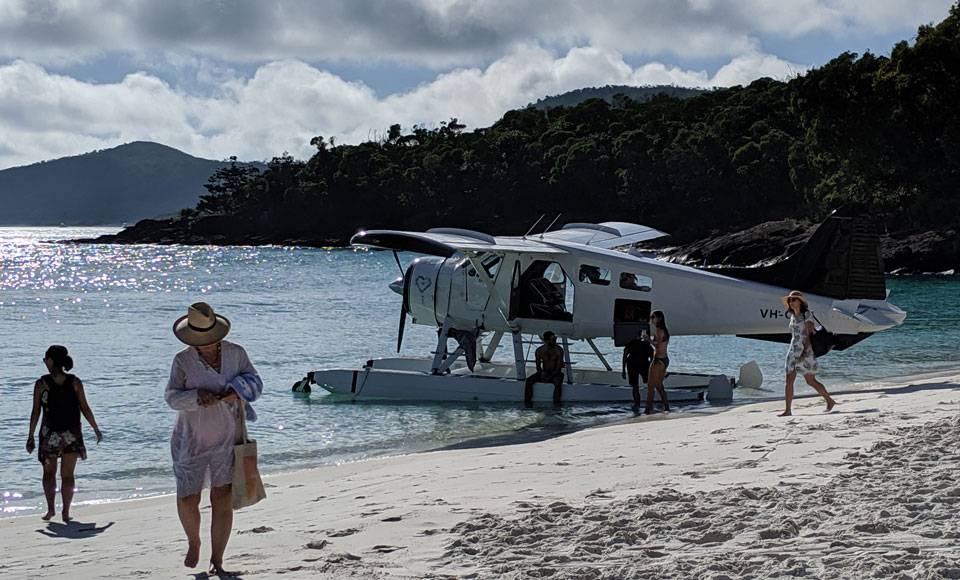 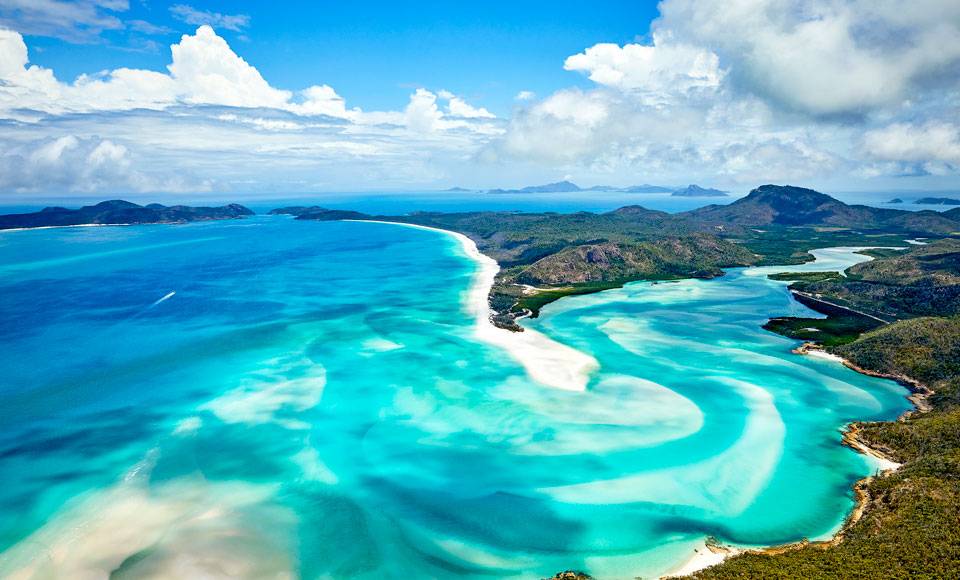 With the Bold & The Beautiful (a morning budgie smuggler swim group) and such ease of access, you are never going to find solitude at Manly. Whitehaven, on the other hand, is so picturesque even Salvador Dali would have trouble re-creating it.

Manly Is Better For Snorkelling

While Whitehaven is located in the Whitsundays — a coveted group of islands that give guests access to The Great Barrier Reef’s best locations — Whitehaven is not one of them. While the water is pristine, the sand dunes picturesque and the shrubbery more or less recovered from Cyclone Debbie, beneath the water you will find sand and little else.

Manly, on the other hand, is home to one of the Northern Beaches’ worst kept secrets. Walking towards Shelley Beach, about halfway around the walkway you will find the Bower Cafe, where you can be snorkelling with Gropers, Snapper and Port Jacksons within seconds of finishing your flat white.

As the gastronomy scene (think: Peanut Butter Belly, Sunset Sabi, Chica Bonita) takes off (and as the Corso is often as crowded as Las Ramblas) we’re tempted to call Manly ‘mini Barcelona’. This comes with everything from slacklining, to people blasting Spanish rap from backpacks with inbuilt speakers.

Whitehaven, on the other hand, is far more serene and relaxing, but the amount of time and effort it takes to get there can put a little too much pressure on you to relax — in your scheduled time slot — before you head back to whichever island you are staying at (unless you are camping there). 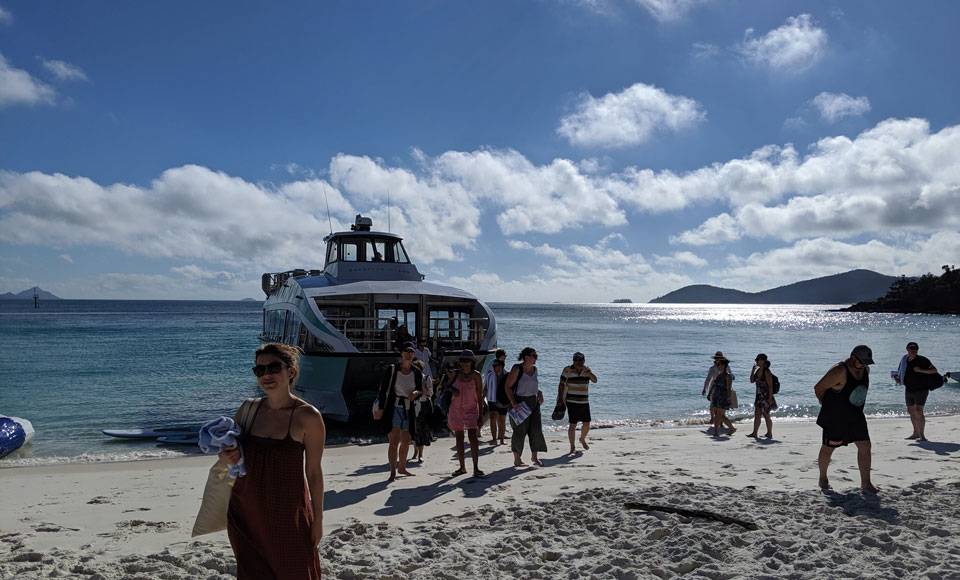 Manly Is Better For Going Out

Let’s face it: Tripadvisor is a young person’s game. Which means the sorts of people leaving reviews will be more enamoured with a place that ‘has it all’ rather than one which lets you ‘get away from it all’. This in mind, it follows that Manly’s nightlife has boosted it up the rankings.

However, places like Daydream Island Resort — with its swim-up bar, underwater gin and whisky lounge (for special occasions only) and late night cocktail offerings — prove you can have nocturnal fun in the Whitsundays too.

Manly Is Better For Surfing

While Manly is (mostly) a Northern Beaches surfer’s last resort, in Whitehaven there are no waves to be found. That said: you can explore the calm waters on a paddleboard or kayak.

While I had a truly relaxing morning at Whitehaven, as the ‘Best Beach In The South Pacific’ list is based on the quantity and quality of reviews left on the TripAdvisor website, it makes sense that more widely visited destinations like Manly win out over more visually stunning places like Whitehaven. 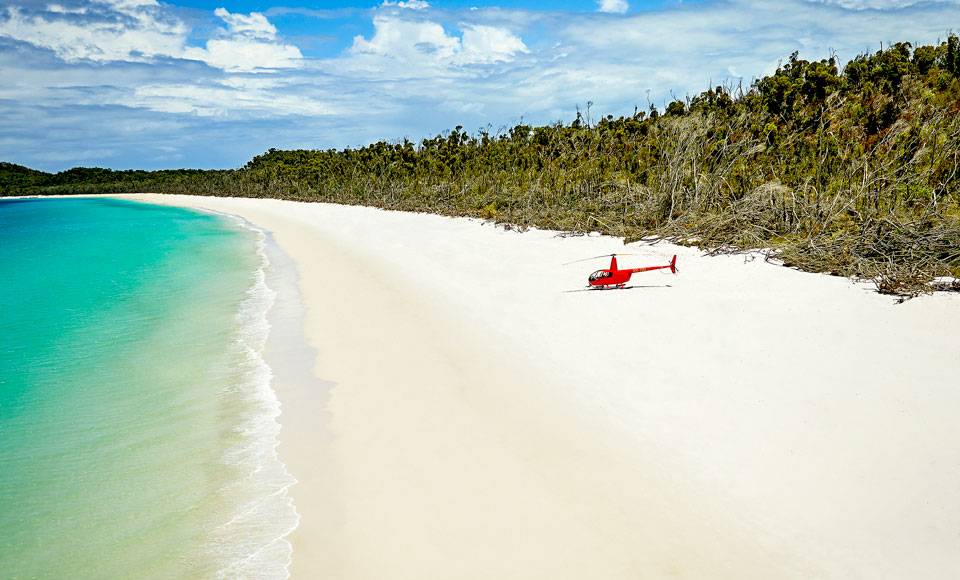 However, one also must remember that Whitehaven — and the entire Whitsunday island chain — is still recovering from the destruction caused by 2017’s cyclone Debbie, and will most likely rise back up the rankings as more visitors flock to the region to experience everything the Whitsundays have to offer.