Humorist and novelist Mark Twain once said, “a good cigar, is the perfect way to end the week” and, honestly, we couldn’t agree more.

Smoking a cigar is truly a rite of passage in a young man’s life, almost like you’re saying farewell to adolescence. However, knowing the cigar brands, and therefore, the signs of a high-quality cigar is crucial as its strength and volume can be intimidating to a beginner. But, once you find the perfect cigar, it can be a real treat for a special occasion (or just another Friday).

Finding the right cigar comes down to a few intricacies, including the filler, wrapper, shape, body, size, and infusion of flavour. Just like a bold glass of red wine, there are many preferable pairings when it comes to the flavour combination of a cigar. It’s certainly not a case of one size fits all.

Why are cigars so strong?

The strength of a cigar relates to the priming of the plant - the higher the priming, the stronger the tobacco will be. That's why Ligero is widely considering the strongest priming as it's the highest point in the plant, receiving optimal sunlight. Fermentation also plays a big part in a leaf's strength as the longer tobacco ferments, the weaker it will be.

Why are Cuban cigars banned in the United States?

Cuban cigars are banned in the U.S because of the strict trade embargo to ban all imports of products containing Cuban goods. The policy was established in February 1962 by President John F Kennedy as a way to reject Fidel Castro's Communist regime in Cuba. Bringing in Cuban cigars for personal consumption was temporarily legal a few years ago, however became illegal again in 2020.

We’ve curated the following list of best cigar brands producing some of the world’s finest cigars. Treat yourself while delving into a world of luxury and enjoy the best-wrapped cigars filled with the most delicious tasting flavours, guaranteed to make you feel like Ernest Hemmingway roaming the streets of Havana. 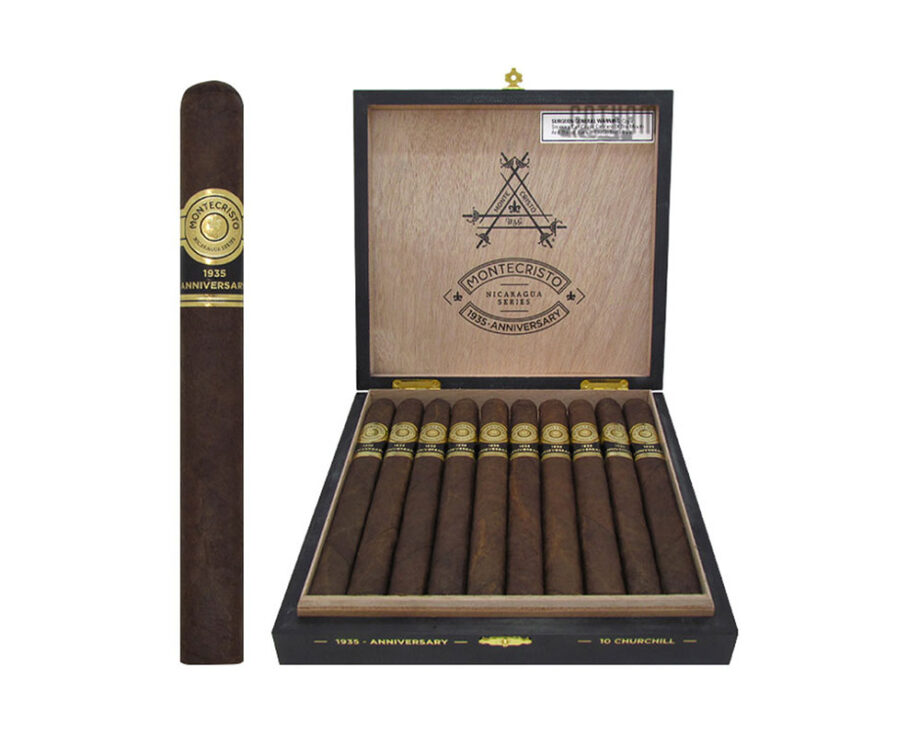 Montecristo is quite possibly the most well known cigar brand out there. The company is best known for its high-quality 100% authentic Habanos cigars, which they have been producing for some time now. Dating back as far as July 1935 in the Dominican Republic, Alonso Menendez purchased the Particulares Factory, makers behind the infamous Particulares brand. Immediately after purchasing the business, Menendez renamed the brand Montecristo, inspired by Alexander Dumas' novel 'The Count of Monte Cristo'.

Today, it's the second most popular cigar manufacturing business in the world, known for its balanced blend and distinguished aroma that appeals to all smokers. Offering the most well-constructed cigars, with multiple flavours available, Montecristo's range includes cigars with rich coffee roasted bean flavours to cigars featuring more of a kick with a peppery aftertaste.
SHOP NOW 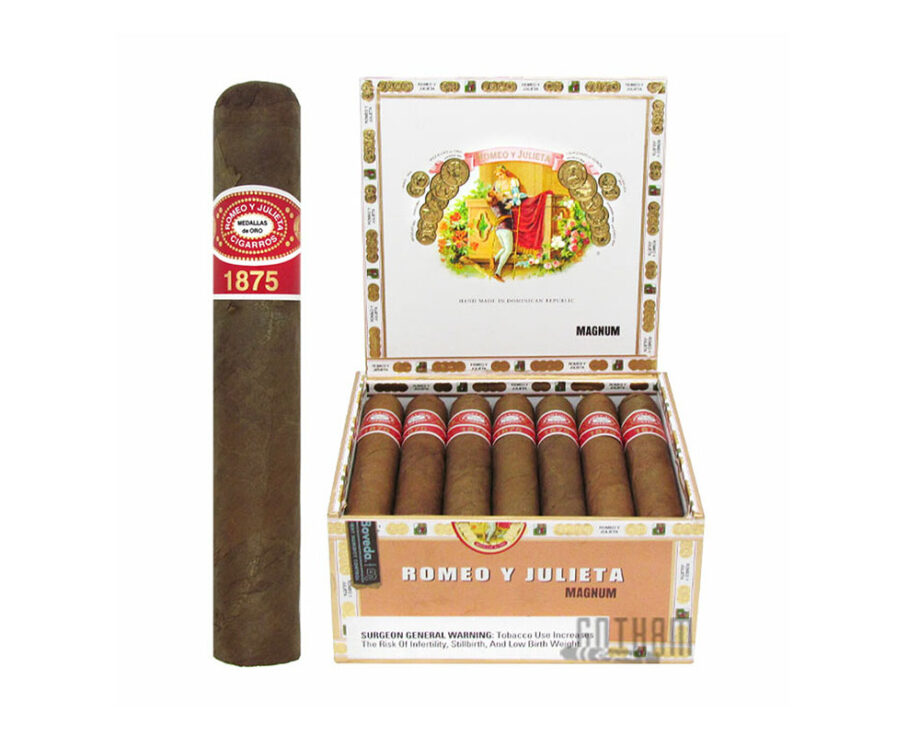 Romeo Y Julieta is a premium brand of cigars known for their extraordinary flavour, which pack a punch, made usually with Indonesian wrappers. Another brand named after a famous piece of literature as founders Inocencio Alvarez and Manin García drew inspiration from Shakespeare's tragic tale. Romeo Y Julieta rose to prominence in 1903, as it was directed by under-talented promoter Don 'Pepin'. The brand was also loved by Winston Churchill, who even had a series of Romeo Y Julieta cigars commemorated on his behalf after visiting Havana, Cuba in 1945.

These medium-bodied cigars are composed of well balanced, aromatic blends of finely selected tobaccos. Their notable flavour includes a creamy and earthy tobacco taste in the binder and filler, paired with a subtle sweetness.
SHOP NOW 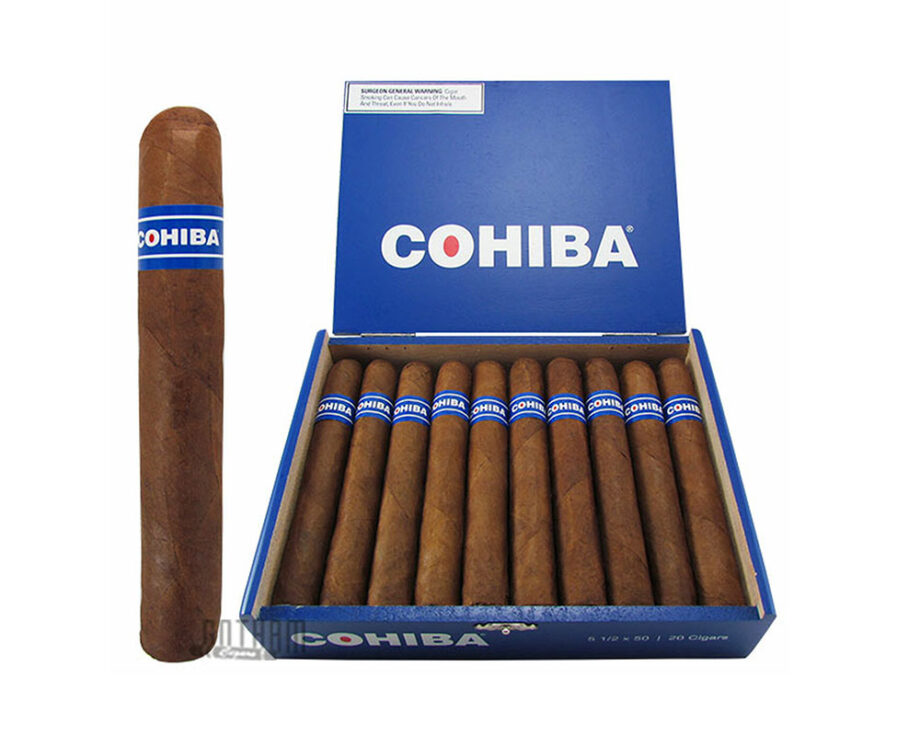 The word 'cohiba' translates to ‘tobacco’ in the ancient language of Taino. Cohiba developed its cult-like status – and subsequently became known as one of the top cigar brands – as it was Fidel Castro's preferred brand of cigar after the Cuban Revolution.

Cohiba launched in 1966 as a limited production private brand, providing cigars exclusively for Fidel Castro, officials in the Communist Party of Cuba, and the Cuban government. Despite being around for some time, the brand was first released to the wider public in 1982, with its Cohiba Siglo VI cigar now being a popular favourite among smokers.

With an unwavering commitment to craftsmanship and quality, Cohiba is one of the more luxurious brands out there as its tobacco seeds have been handpicked and bred by their team of talented agronomists. With cigars created from the best tobacco leaves picked from the Vuelta Abajo region of Cuba, these leaves are world-class are they undergo a third fermentation in wooden barrels, supplying smooth and subtle flavour to these cigars.
SHOP NOW 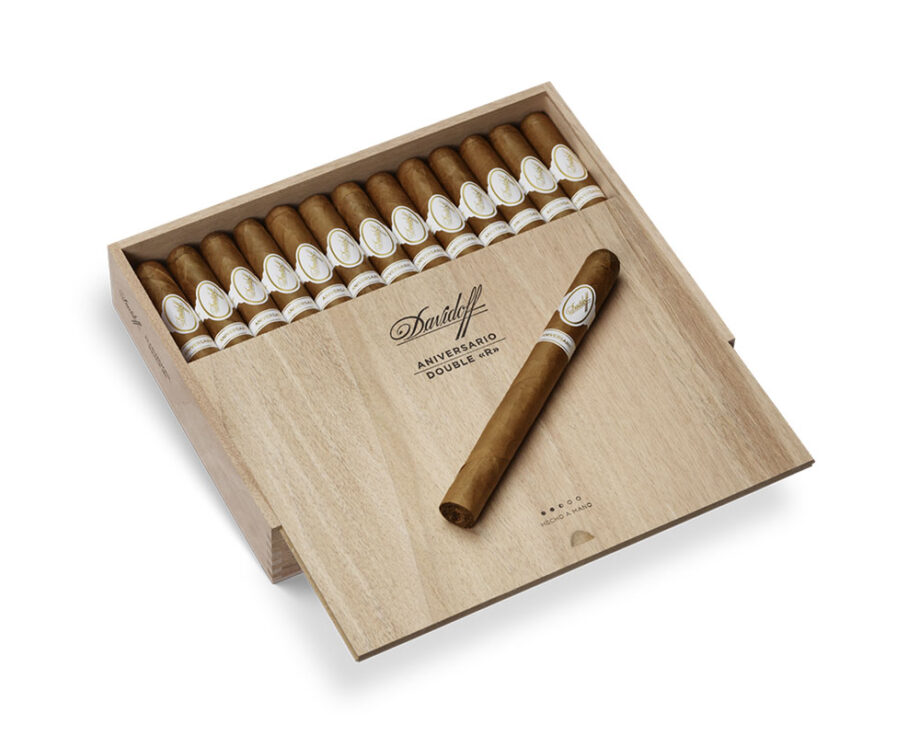 Davidoff is the family-run Swiss cigar business that has also expanded into men's accessories, fragrances, and even coffee. At the heart of this brand is Zino Davidoff, who strives for modern elegance, quality, style, and authenticity for those who enjoy the finer things in life. What makes Davidoff say every cigar they produce is carefully wrapped and beautifully filled with unforgettable flavours that walk the line between spicy and sweet. 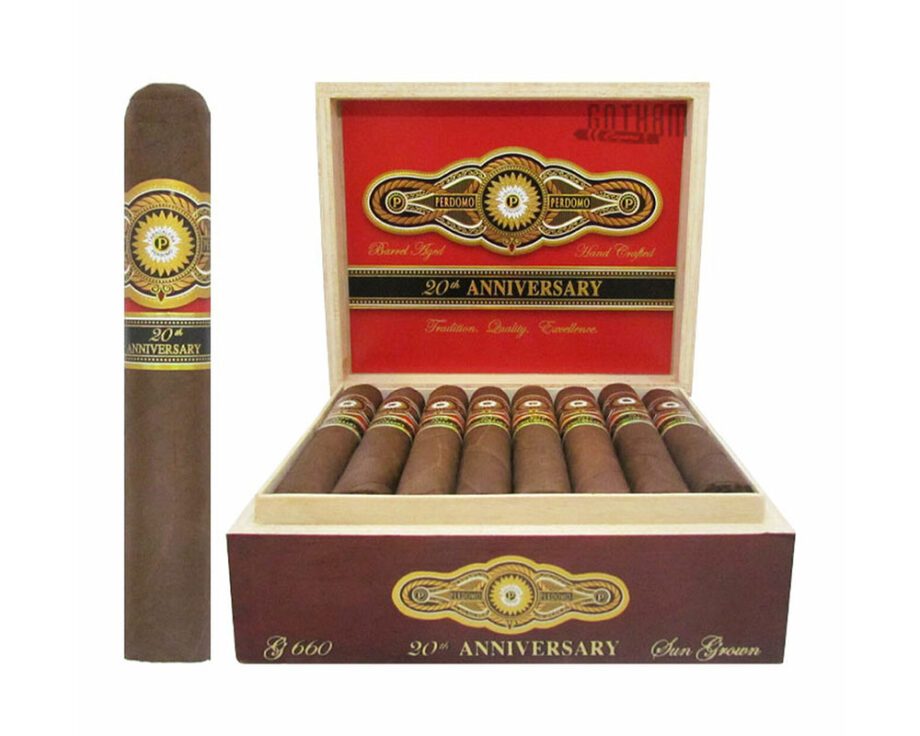 Like, Davidoff, Perdomo is a family-owned and operated company, currently headquartered in Miami. With access to Floridian agriculture and manufacturing facilities in Estelí, Nicaragua, Perdomo offers a huge selection of well-crafted, handmade cigars that set the standard globally.

The Perdomo Estate Selección Vintage Limited Edition is among one of their highest selling collections, as it's a curated box of cigars that features rich, bold, and complex flavours. Their Cuban-seed Nicaraguan binder and filler wrappers provide a silky smooth finish while offering a range of tastes from notes of coffee, creamy, chocolate, oak, and cedar. Perfect for pairing with a nice glass of red wine.
SHOP NOW 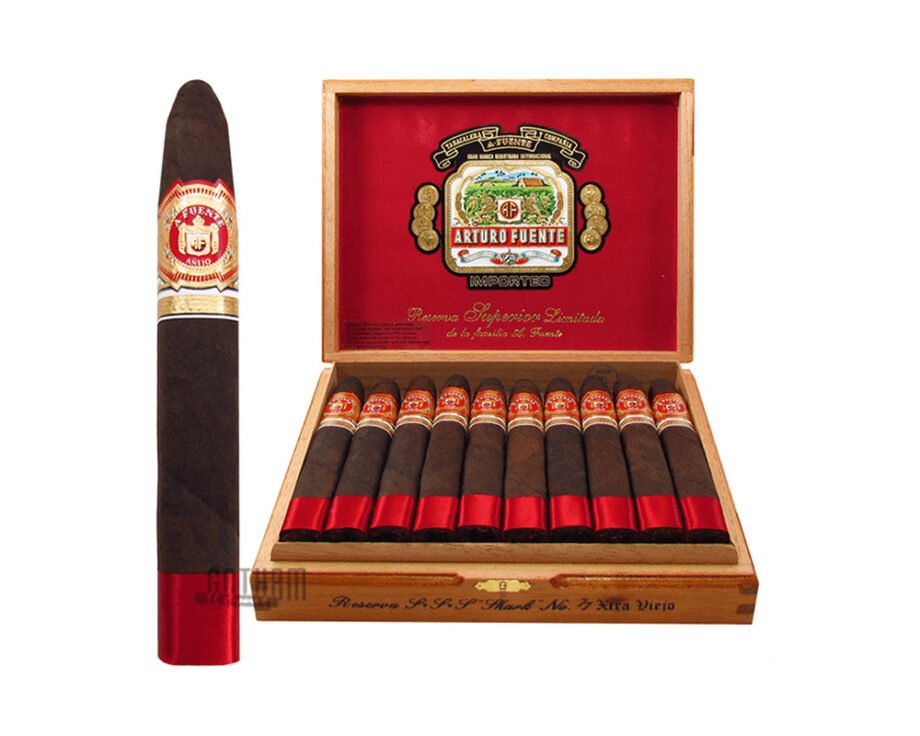 Arturo Fuente established his self titled business in 1912, in Tampa, Florida. Starting from humble beginnings, Fuente began rolling and blending cigars in the back of his house that he shared with his wife and two kids. However, what began as a small business, soon became the benchmark of the cigar industry, which practices the philosophy of Carlos Fuente Sr., "we don't hurry things; we just do things the way they are supposed to be done".

Since then, Arturo Fuente has cemented itself as one of the best because they have never strayed away from this initial vision, as they've continued to manufacture products of the highest quality. With their perfect construction, Arturo Fuente cigars provide a long and steady burn with an excellent draw and consistent flavour throughout. Every cigar made under the Arturo Fuente label is carefully crafted and inspected with the highest level of attention to detail.
SHOP NOW 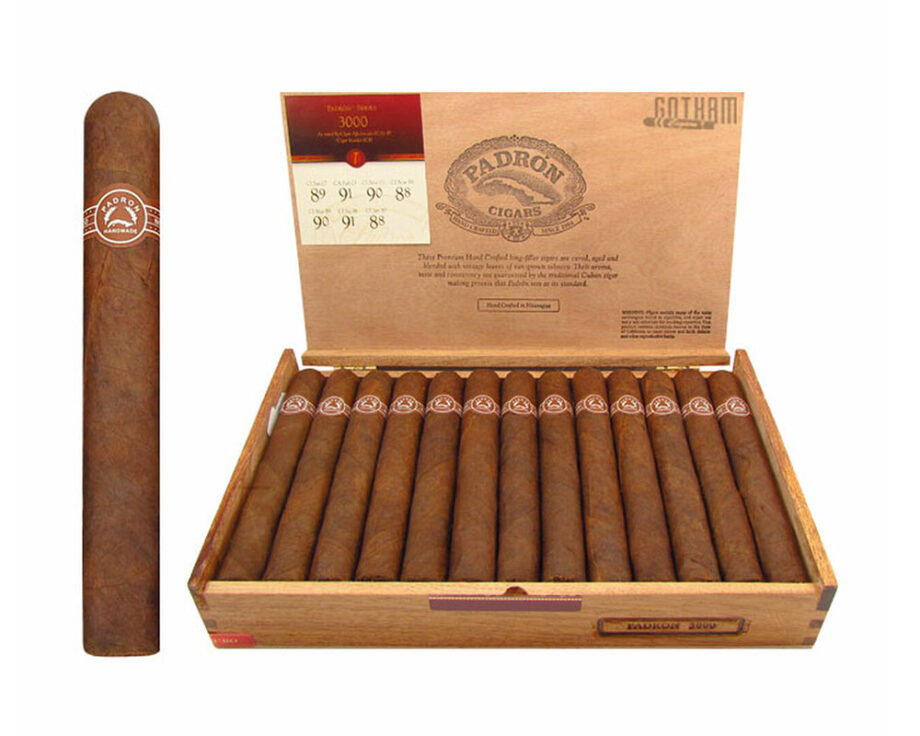 Padron is a world-class brand embraced by cigar connoisseurs for their well-crafted composition, featuring the flavour of Cuban heritage. Today, Padron Cigars are made in their state-of-the-art factory in Nicaragua and have become one of the most popular brands outside of Cuba. These aromatic cigars contain a blend of well-aged tobacco with an array of unique dark, earthy, creamy, leathery, spicy, peppery flavours.

What makes Padron so unique, and another of the best you should know about, is the nearly flawless construction and unreal consistency for each of their cigars. Offering every type of strength, from mild to full strength, Pardon creates every type of cigar, whether you're after something more full-bodied or subtle.
SHOP NOW 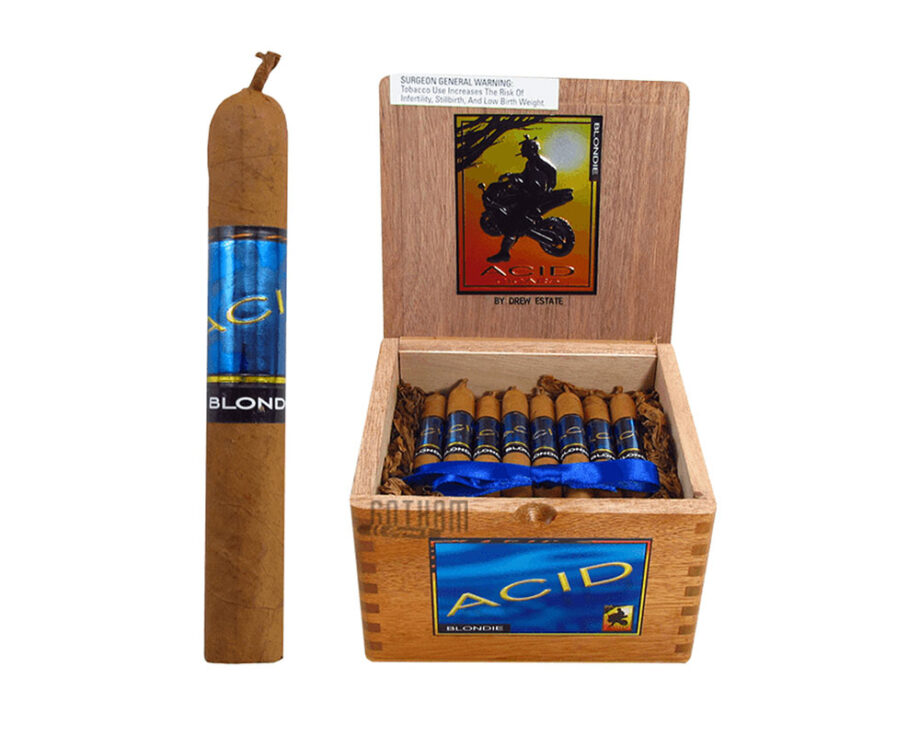 Acid is a unique brand of cigars introduced to the market in 1999. Founders Jonathan Drew and Marvin Samuel first delved into the industry after wrapping their own cigars as a pastime hobby during college. This eventually led them on a trip to the heart of cigar rolling in Nicaragua, where they became masters of the craft. Today, the company is owned by Drew Estate and is known as one of the best, for producing some of the most impeccably rolled, manufactured cigars in the industry.

Make sure you check out their cigars infused with an array of spices, oils, extracts, and herbs that feature a range of wrappers, sizes, and shapes. These cigars are affordable while also packing full flavourful tobacco.
SHOP NOW 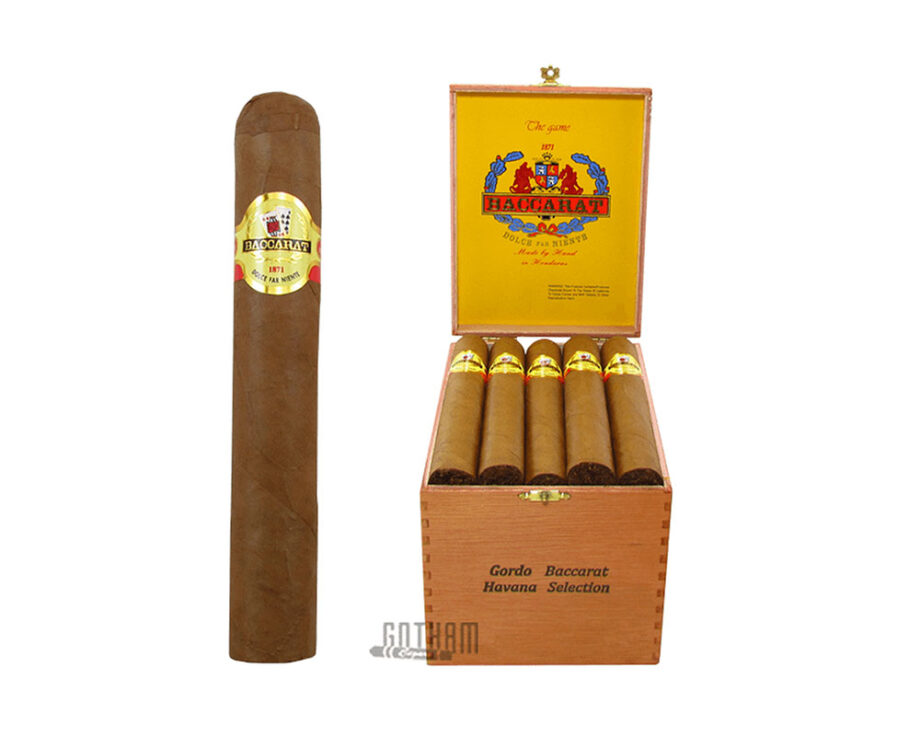 Baccarat are experts in the art of cigar making and have been for over 140 years. The man in charge of cigar making was Julio Eiroa, father of Christian Eiroa who went on to become the owner of Camacho cigars, maker of Baccarat. Today, Baccarat cigars are produced by Davidoff at the old Camacho factory.

Mostly made up of Honduran tobacco, Baccarat is known for producing cigars with a smooth and creamy flavour while offering lots of tasty notes, finishing with a sweetness, unique to the Baccarat brand. Made to feel incredibly light while you carry them around in your pocket, Baccarat is the perfect everyday cigar, as they are subtle and suitable to those who prefer a mild to medium-bodied strength cigar.

Baccarat cigars are made in Honduras, while it's tobacco is grown in the valley of Rachnos Jamastran - which has the perfect soil and climate conditions for growing tobacco. Baccarat products feature a Jamastran-Habano filler and Dulce Mexican leaf for a binder. Its infusion is mild while incorporating the taste of cocoa and nutmeg, finished with sweet toasted wheat. The mild body is created by blending the Cuban seed filler/binder with a Connecticut shade wrapper.
SHOP NOW 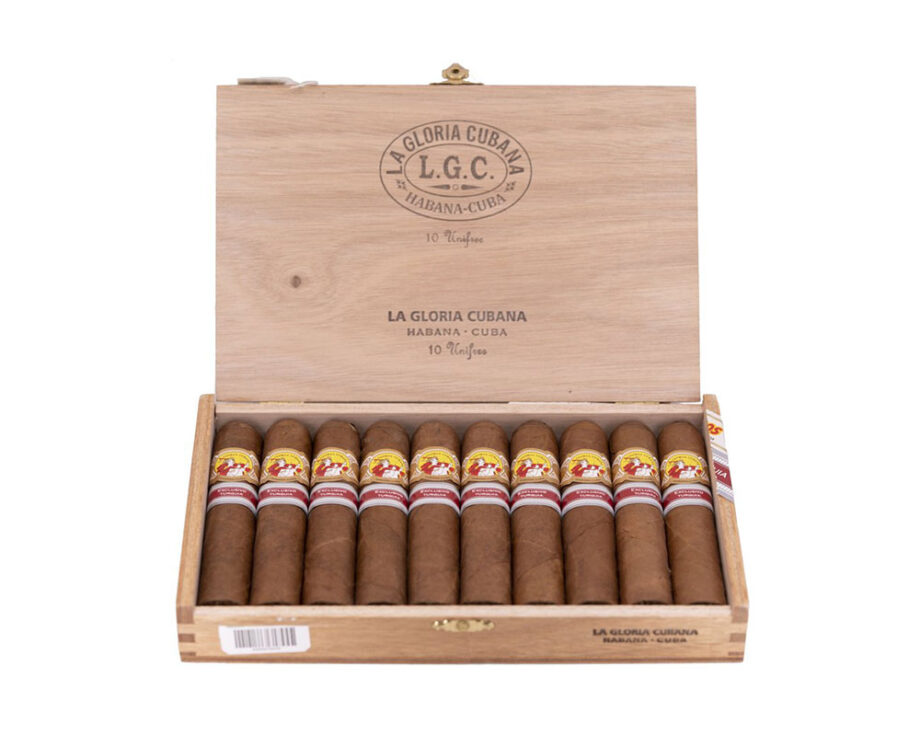 When Ernesto Carrillo launched his small cigar business in his El Credito factory, he had no idea it would take off the way it did. By the 1990s, La Gloria Cubana was in such high demand, Carillo was forced to expand his production to the Dominic Republic as a means to keep up with the overflowing orders.

Today, it's still one of the top brands, as well as being one of the most sought after, with products also manufactured in Nicaragua. Known for its infamous Nicaraguan puros, La Gloria Cubana's famous Serie R Esteli is available in EMS and dark Maduro wrappers. Like many of their cigars, the Nicaraguan range is created by highly skilled rollers and feature some of the best wrappers printed in bold colours.

Over the years, La Gloria Cubana cultivated a large and loyal fanbase, made up of the most knowledgeable smokers. If you want to keep up with the pros, check out this luxurious brand that makes cigars specifically designed for those seeking a little elegance and refinement in their life.
SHOP NOW