Cycling is one of the most popular sports worldwide, and if you consider yourself the next Lance Armstrong (without the PED) you need one of the best cycling watches out there. Indeed, cycling is a discipline that allows you to traverse long distances, soaking up the scenery in the process, as well as strengthening the muscles in your body – even your calves!. Cycling is something almost all of us should try, and the best watches will help you improve your performance and times.

Of course, one of the most attractive aspects of cycling is its competitive nature. As with most sports, the idea of beating personal best times is one shared by many, so whether you want to attack an uphill climb, cycle a marathon – or even an Ironman – distance or perhaps engage in a bit of sprint cycling, we always want to make progress, and the best cycling watches will help you do this.

What To Look For In A Cycling Watch?

One of the best tools for that job is a dedicated watch. Essentially a smartwatch – and most of the top cycling watches are great all-rounders for other sports tracking too – a watch should bring with it some dedicated cycling functions.

First and foremost should be a built-in GPS sensor and a heart-rate monitor to keep a close eye on your vital statistics. But cycling watches will allow you to sync your data with cycling apps out there, such as Strava, for example, to keep all your times in one easy-to-manage place.

They should also have a generous battery life, especially when in GPS mode. All smartwatches will have a battery life that varies depending on how you use them. And since cycling is such a popular sport, there are plenty of options when it comes to choosing the best watch for you.

As we mentioned earlier, many of these watches will include tracking for a variety of other sports too, so if you don’t restrict yourself to just cycling, slapping one on your wrist is a no brainer. From big-name brands to those you might not have heard of before, these are the top cycling watches to buy right now.

A snapshot of the cycling watches… scroll to read more 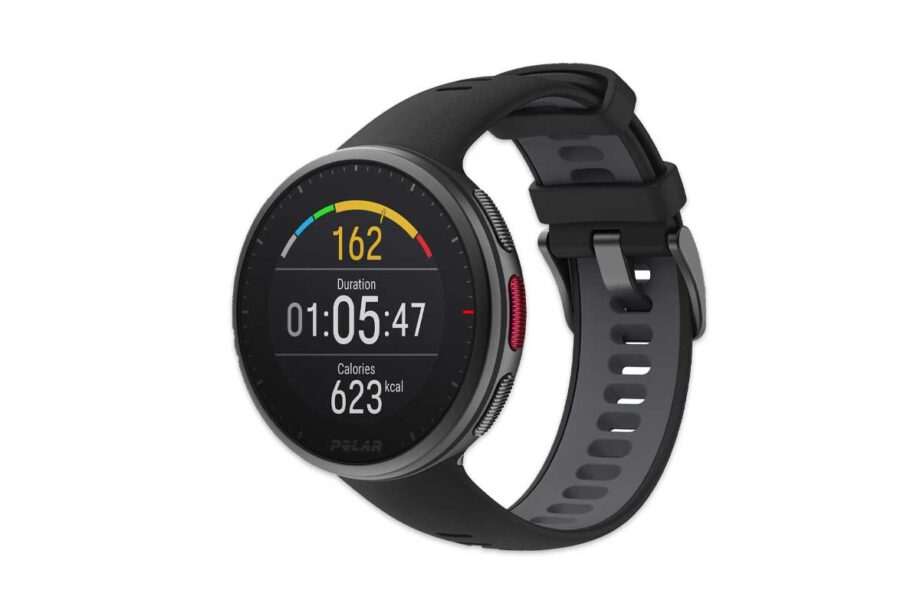 Polar is one of the biggest names in the game, and also one of the company's with some of the most accurate tracking. The Vantage V2 is a multisport watch, meaning it has dedicated tracking features and metrics for a variety of sports. It's capable of syncing with Polar's chest-strap heart-rate monitor, which will provide even more accurate data compared to the sensor on the watch, as well as power meters. You can sync data to third-party apps such as Strava and Training Peaks.

Battery life is seriously good, at 40 hours in GPS mode, and when you consider you can also get turn-by-turn navigation for your rides, that figure becomes all the more important. It's also incredibly light and comfortable, something that can often go overlooked by manufacturers wanting to cram in as many features as possible.

The Polar Vantage V2 could just be the best cycling watch around. 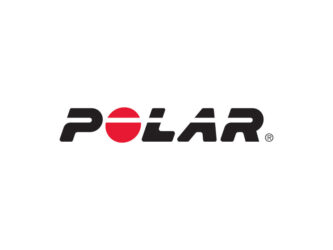 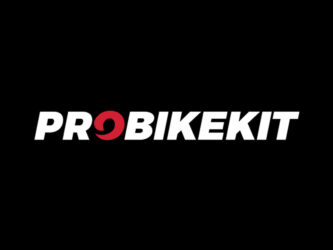 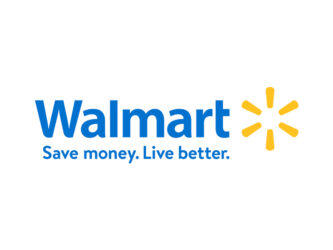 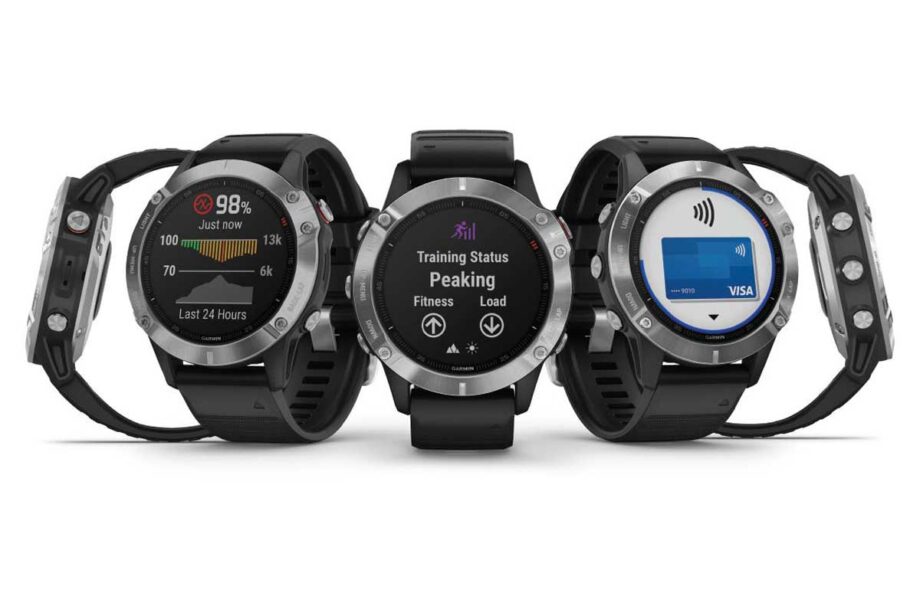 If you want a watch that can not only track cycling metrics, but pretty much anything else you can think of, the Garmin Fenix 6 is for you. Built-in GPS tracking is some of the best on the market thanks to its ability to connect to multi-GNSS satellites, and cycling data can be exported to app such as Strava and Training Peaks. Naturally, there is heart-rate tracking on board, as well as blood oxygen level, and you can even input your water intake to check your hydration level.

Garmin's Body Battery feature also makes an appearance, which analyses your previous workout data, along with sleep, to give you an overall picture of your health and to advise you whether you should go for broke during your next workout, or take it easy. Battery life is pretty good at 36-hours in GPS mode, although if you're able to afford the Solar edition of the Fenix 6, you can expect this to increase substantially, since it can recharge via the power of the sun.

The Fenix 6 is Garmin's flagship smartwatch for a reason, and you'd do well to add one to your wrist. 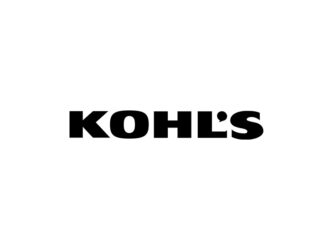 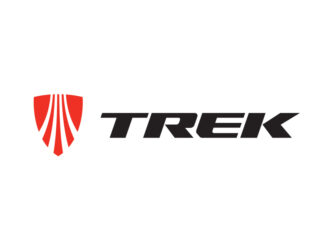 Free shipping in the US for orders over $49 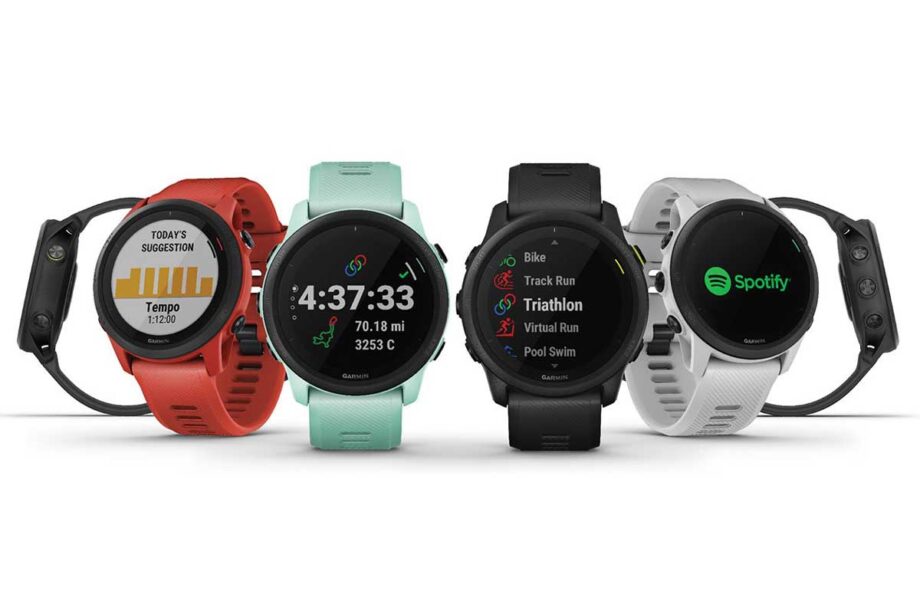 Despite having the word runner in its name, the Garmin Forerunner 745 is a well kitted out multisport watch that is simply perfect for cyclists. It's geared up for triathlons, which of course include a cycling stage, and because of this, there is also a dedicated cycling mode. This allows you view metrics such as cycling power, although you will need a separate Garmin power meter. GPS location tracking is pretty spot on thanks to multi-GNSS satellite support, and your progress will certainly improve through the use of Garmin's onboard coach.

The Garmin Connect feature allows you to find routes cycled by other Garmin users, and if you believe them to be better than yours, you can load up navigation for the new one instead.Like other watches on this list, you can also load music onto the Forerunner 745 to stream without needing your phone. 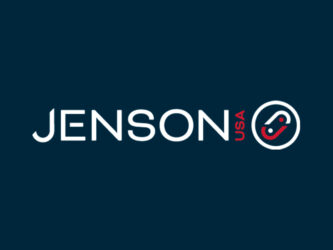 Free shipping in the US for orders over $60 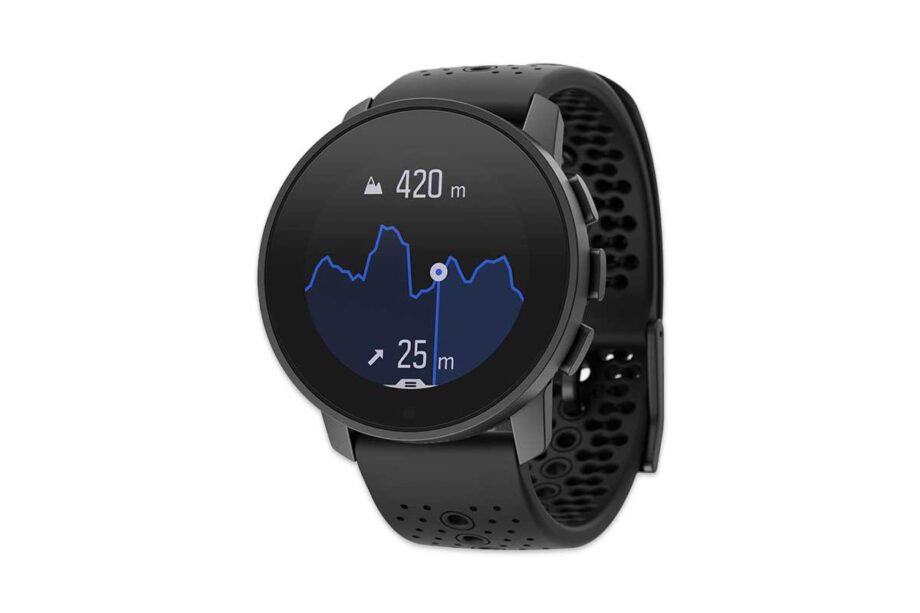 In our opinion, Suunto makes some of the best-looking smartwatches on the market, but considering the brand hails from Scandinavia, that's hardly surprising. The Suunto 9 Peak sits at the top of the company's range, and is claimed to be its thinnest and toughest watches to date. Handy, when you're spending hours each day outside cycling tricky terrain. Inside that small body, however, are a ton of features that all avid cyclists will find plenty of use for. For starters, you get highly accurate GPS data, although you can sacrifice some accuracy in the name of battery life if you need to. However, considering you get a minimum of 25 hours in full-accuracy mode, you shouldn't need to do so. FYI, you can get up to 170 hours of battery , still with GPS, but without some of the accuracy.

Stored data can be synced to Strava and Training Peaks. You're also able to monitor your heart rate and blood oxygen level in real time, and there are of course pre-loaded tracking metrics for cycling, such as current speed and average speed, interval guidance and real-time lap table, along with a host of other sports. 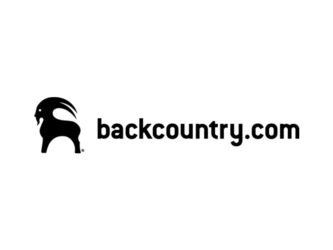 Free standard shipping on orders over $50 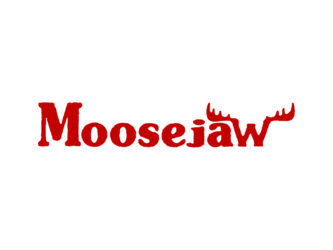 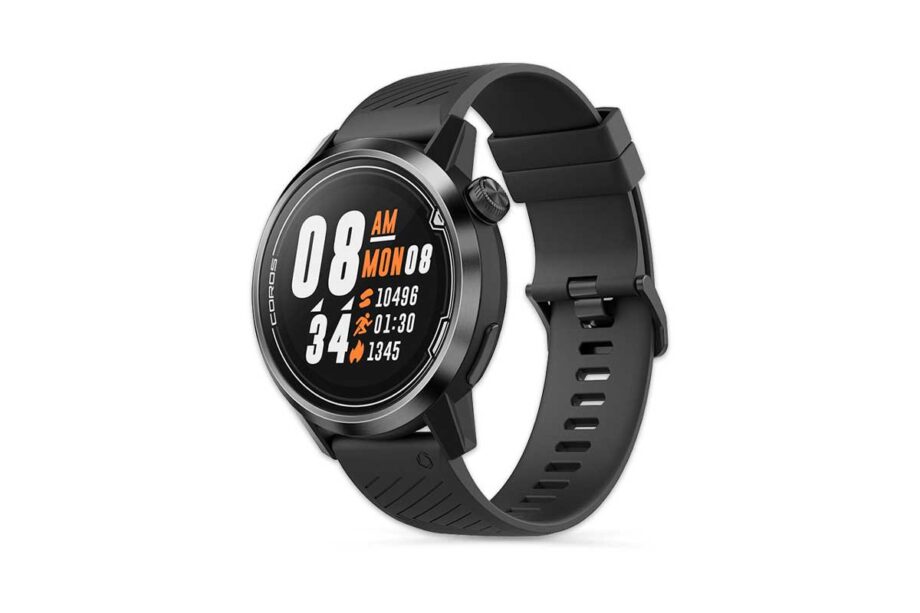 You may not have heard of Coros before, so just in case, they're a dedicated sports performance technology company hailing from the US. The vast majority of Coros' lineup is aimed at endurance athletes, which is somewhat reflected in the battery lives of their products. And, considering they're used by some of the world's top athletes, you know you're getting an incredibly well-made watch.

The Coros Apex sits somewhere in the mid-range of the company's line-up, but make no mistake, this is a top performer. Built to last and packed to the rafters which tracking technologies and features, the Apex is a perfect multisport watch. We think you'll love the battery life the most, with a minimum of 25-hours available in GPS mode on the 42mm model. This increases to 35-hours on the larger 46mm, and if you select the UltraMax GPS mode, this increases to 80-hours and 100-hours respectively.

It can also connect to any third-party sensor using the ANT+ protocol, and in a similar vein to Garmin, will let you know how much juice you have left in the tank by the way of a stamina mode.

It's also incredibly affordable considering what it can do, but unfortunately, for now, it's only available in the US. 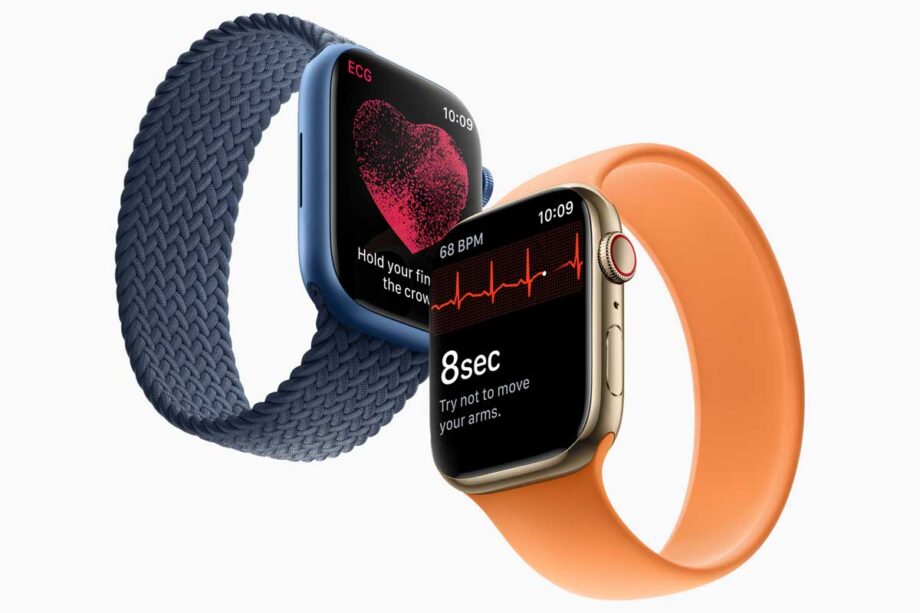 Due for release in mid-October, the Apple Watch Series 7 will no doubt improve upon the performance of the Series 6. Although, most of the improvements will come from the software side of things, as opposed to hardware. However, on the hardware front, you get a larger and brighter screen, longer battery life and improved heart-rate monitoring accuracy.

With the watchOS 8 update, however, features that cyclists should take note of include auto-ride detection, as well as auto pause, which should prove to be particularly useful. Cycling workout modes will also get a fall detection mode, which will call the emergency services should you suffer a severe fall and sustain an injury or be hit by a motorist, for example.

And, since this is an Apple Watch, you can install a whole range of third-party cycling apps to use to log your data or view your stats in real-time. Naturally, it functions incredibly well as a smartwatch too, practically inventing the category, making it a popular choice for many. 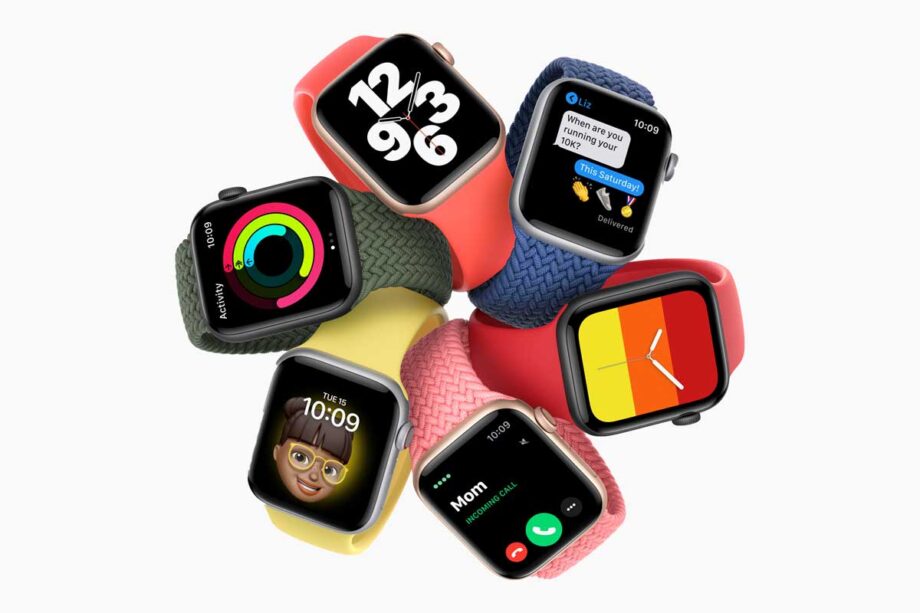 Since the watchOS 8 update is responsible for most of the new features aimed squarely at cyclists, the slightly more affordable Apple Watch SE could be your best bet. You lose some screen size but you still get to benefit from all the dedicated cycling features such as fall detection, voice prompts for milestones and distance travelled, and auto ride and auto pause detection.

It too is compatible with a slew of third-party apps, making it the Apple Watch for the masses. 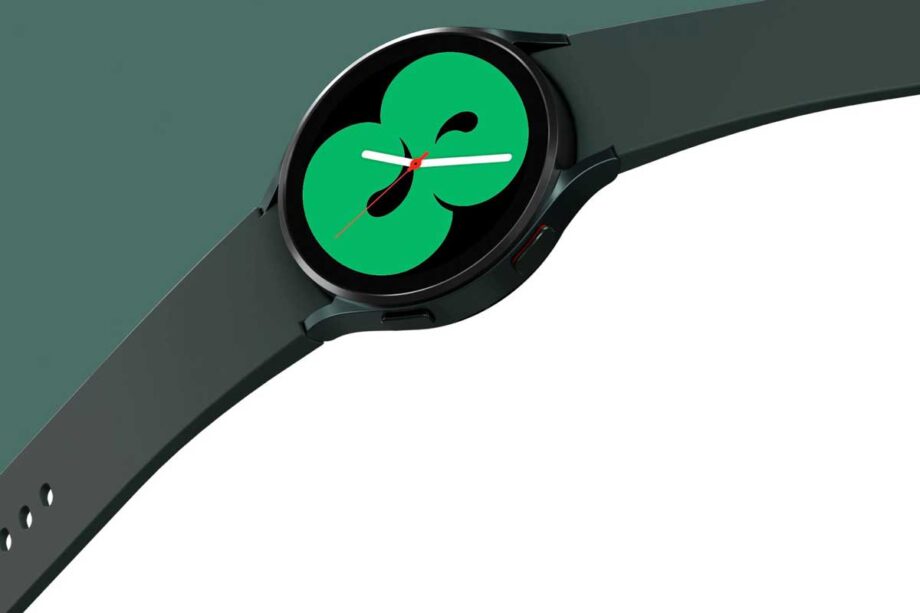 Samsung's answer to the Apple Watch, the Galaxy Watch4 is also loaded with GPS, heart-rate monitor and a variety of other trackers to help give you a clearer picture of your health. In terms of cycling, there is just the one pre-loaded cycling mode, but GPS accuracy is generally pretty good, recording accurate distances. It has an auto-pause function that recognises when you stop cycling, and the always on display can show you vital metrics without eating too much into battery life, and to help prevent you taking your hand of f the handlebars.

It runs on the latest version of wearOS, which is now developed in collaboration between Google and Samsung, meaning you can install a raft of third-party cycling apps to record your data. The Watch4 is a very minimalistic, and rather attractive watch (the Watch4 Classic looks like a more conventional timepiece), and has admirable battery life for the price. 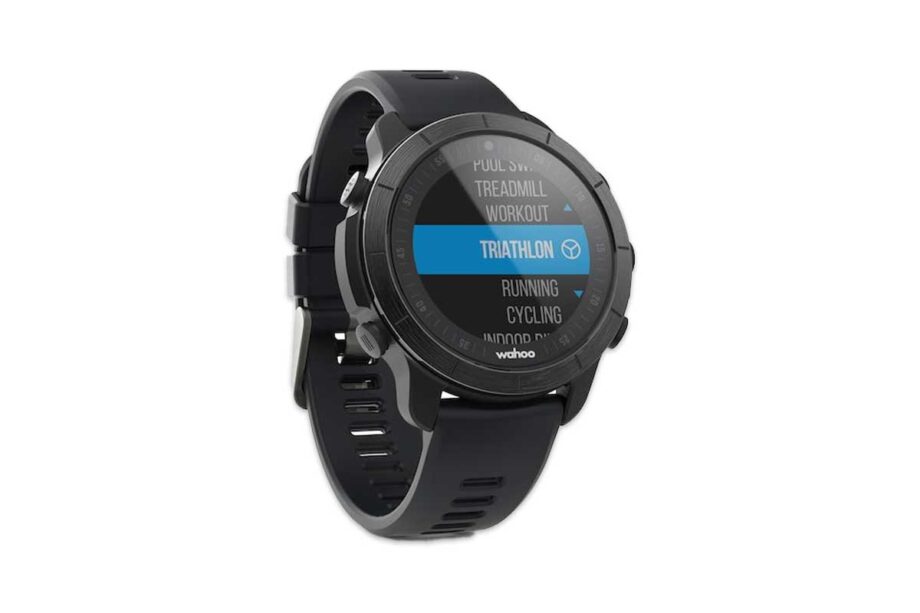 As you may have already gathered by reading through this list, it's increasingly difficult to find a watch that is purely for cyclists, instead, they offer multisport support. It's no different for the Wahoo Elemnt Rival, which has been made with triathletes in mind. One of the standout features is a seamless transition between run, cycle and swim during triathlon races, with the screen automatically changing to reflect the new sport, displaying the relevant metrics. Wahoo's watch will also sync incredibly easy with the company's range of bike computers, with all data being shared between the two.

If you use TrainingPeaks, you can sync your training calendar to easily view the next week's worth of workouts, and all the other usual metrics can be logged, such as calories, steps and heart-rate. 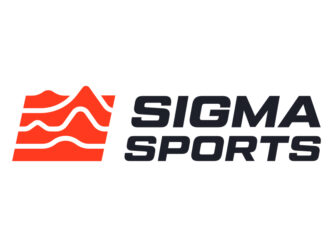 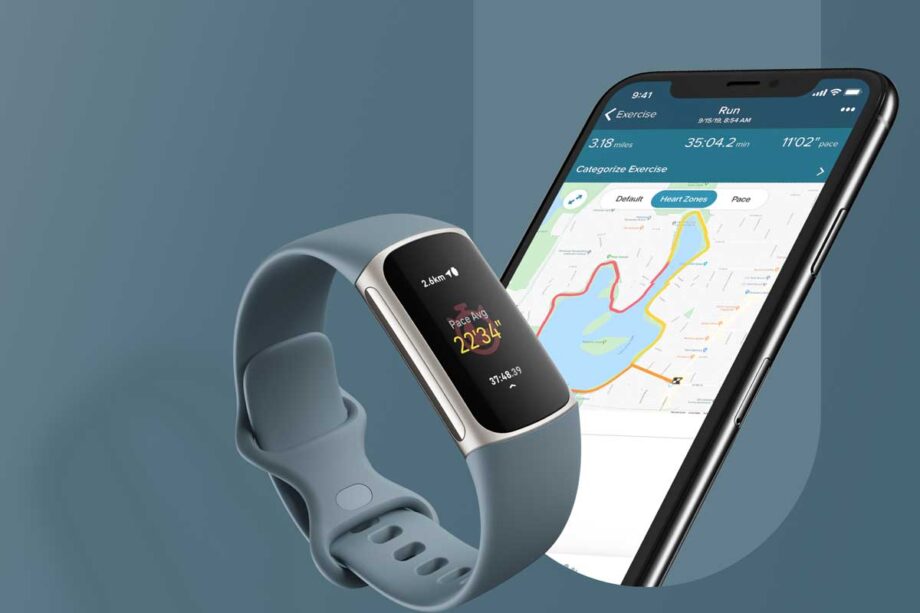 The Fitbit Charge 5 is unlike the other watches on this list, mainly because it's a tracker, as opposed to a watch. That basically means you can't install third-party apps on it, or interact too much with notifications from your smartphone. However, considering it has built-in GPS and a heart-rate monitor, as well as an Active Zone Minutes feature which can display how intense your workouts are over a day or a week, you can see how much effort you've put into each of your rides.

So, if you're not too concerned with syncing data with other platforms such as Strava, the Fitbit Charge 5 is a beautifully basic fitness tracker that gives you the most vital information.