The Met Gala – held at the Metropolitan Museum of Art in New York – is dubbed the Superbowl of fashion. It’s the style event. It’s also the one night of the year where celebrities can get dressed up, shoulder-rub and talk movie roles or their latest platinum-selling album, without the pressure of taking home the Oscar or Emmy.

But there’s still the stress of how to dress: who wore which designer, and more importantly, who wore it better?

Like all good parties, there’s a theme. This year’s Met Gala was called Manus x Machina: Fashion in an Age of Technology. Which meant the most famous humans in the world got to play around with machinery. How functional.

Aside from a masked Will.i.am, who obviously took style cues from Daft Punk (and Zorro, judging by his wide-brim hat) and Kanye‘s beaded bomber jacket over ripped jeans (and crazy contacts?), most men stuck to the black or a navy tux with crisp white shirt and patent leather shoes.

The suit winners? Idris Elba, Alexander Skarsgard and Colin Farrell for their glove-fit take on the tux with just the right trimmings. Special mention goes out to Rami Malek (for his seventies blue suit), Jaden Smith’s kimono-cool blazer and Wiz Khalifa and Jared Leto, for making us want to dig out our white two-piece from the nineties. And sport a cane.

But it was Zayn Malik who meshed the machine-theme and suit brilliantly. Turning himself into a a real-life superhero, the former 1-Der arrived decked out in a black Versace suit, with metal-armour plates jutting down his arms.

Here’s to the Italian label releasing the Iron Man contraption as part of their next ready-to-wear collection. Donatella? 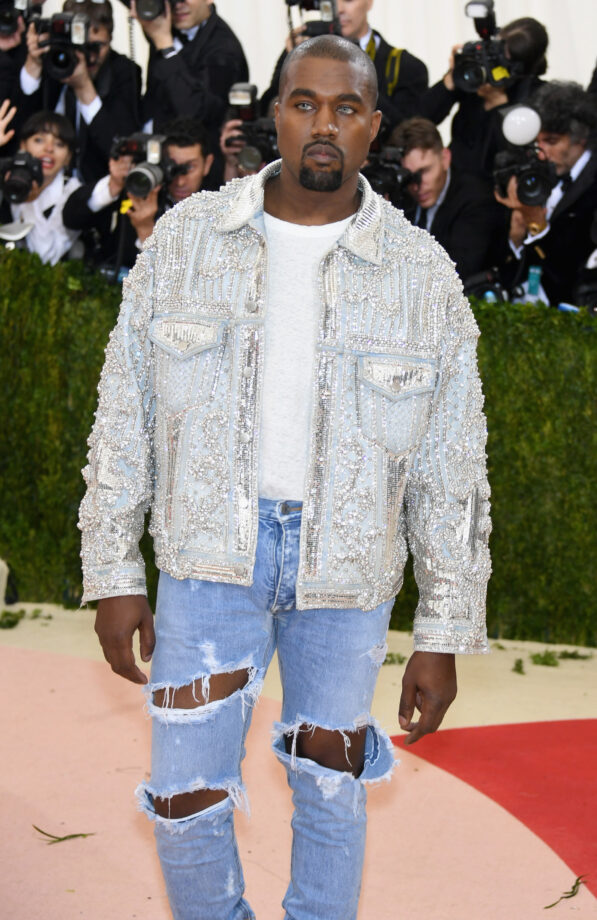 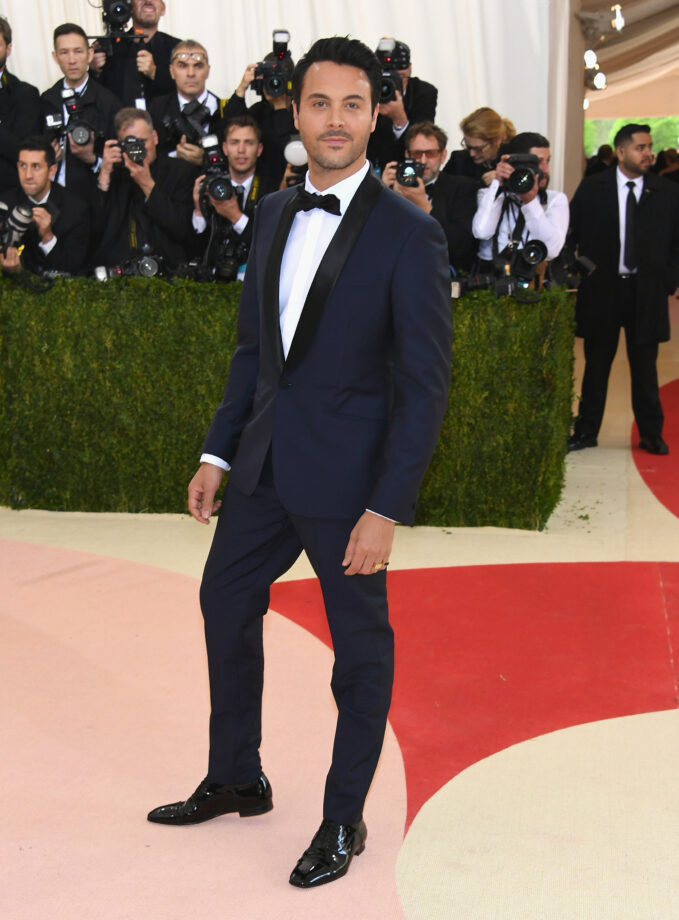 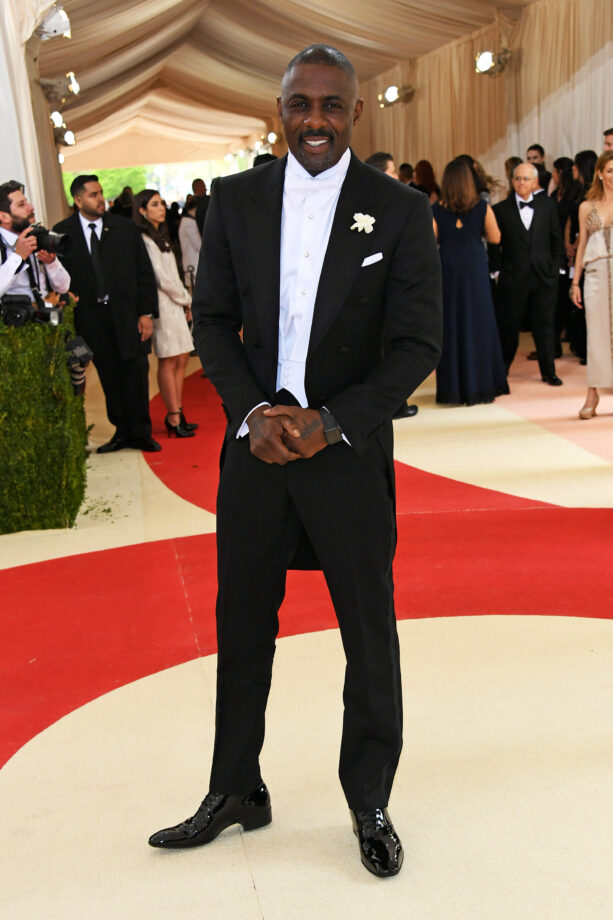 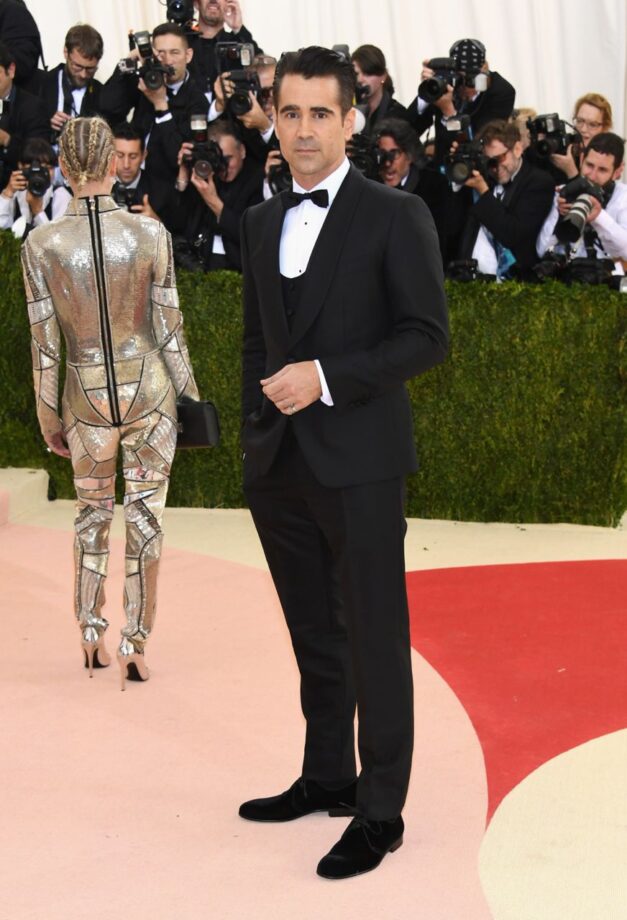 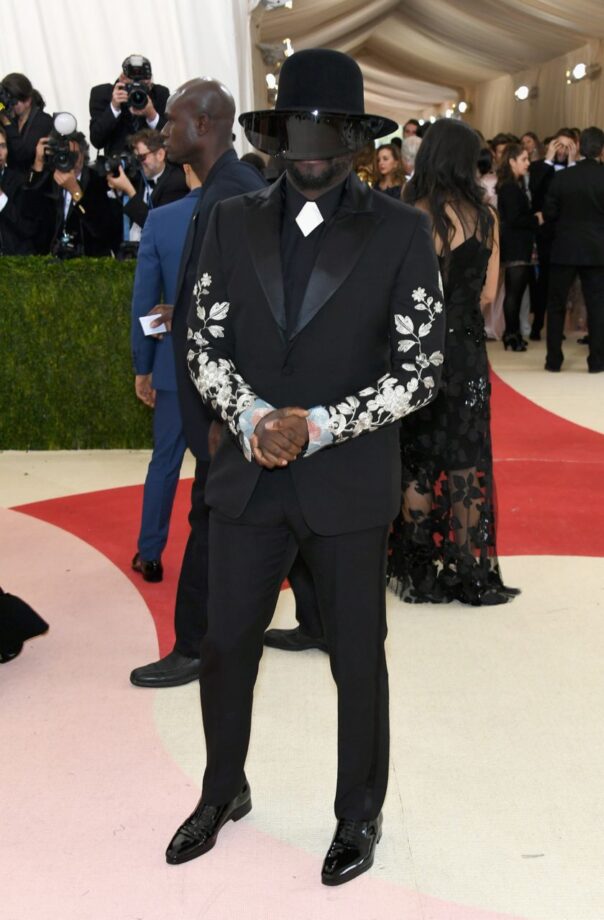 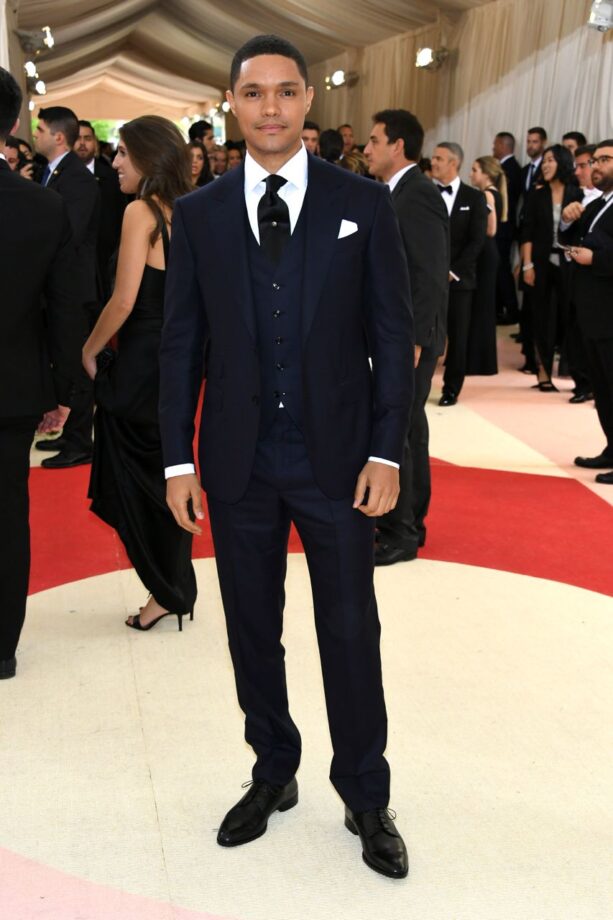 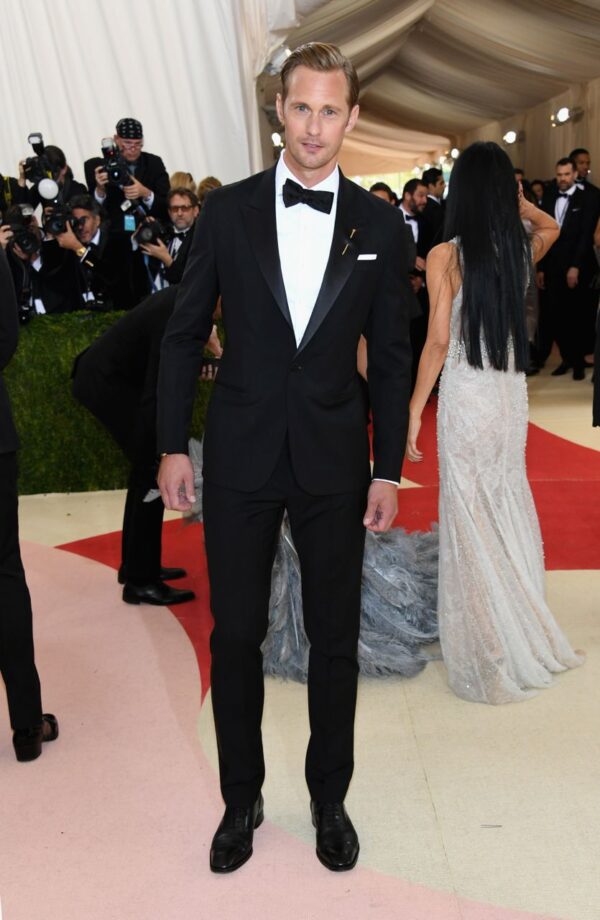 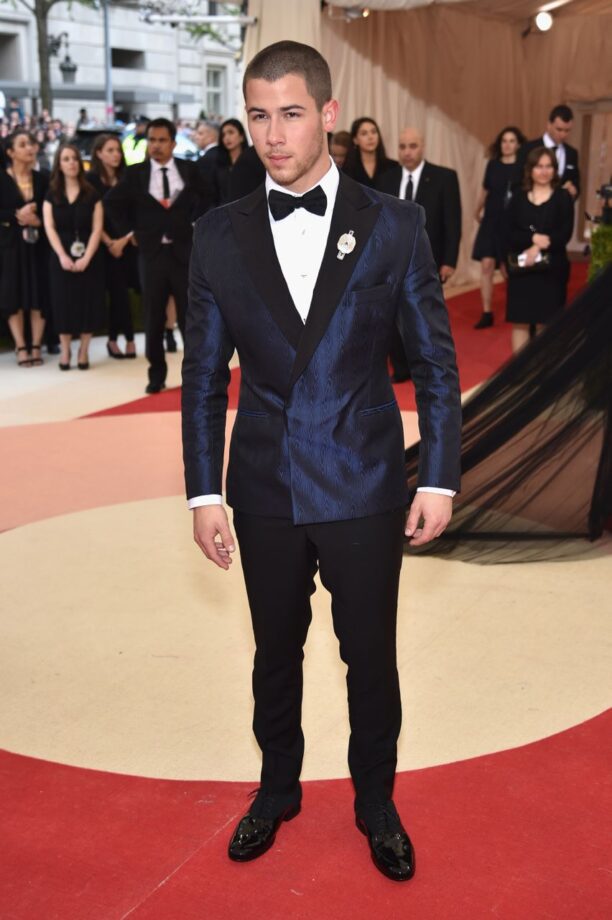 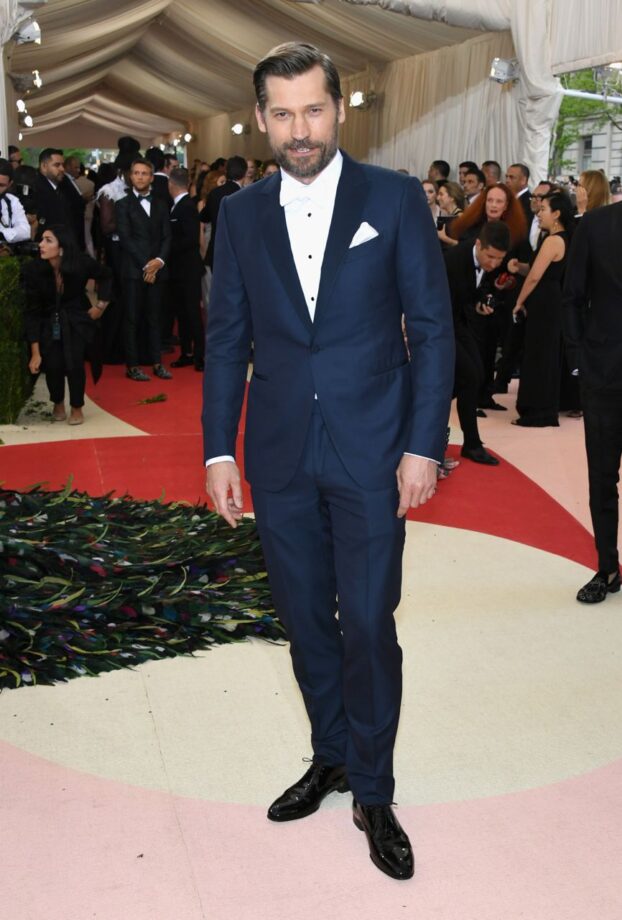 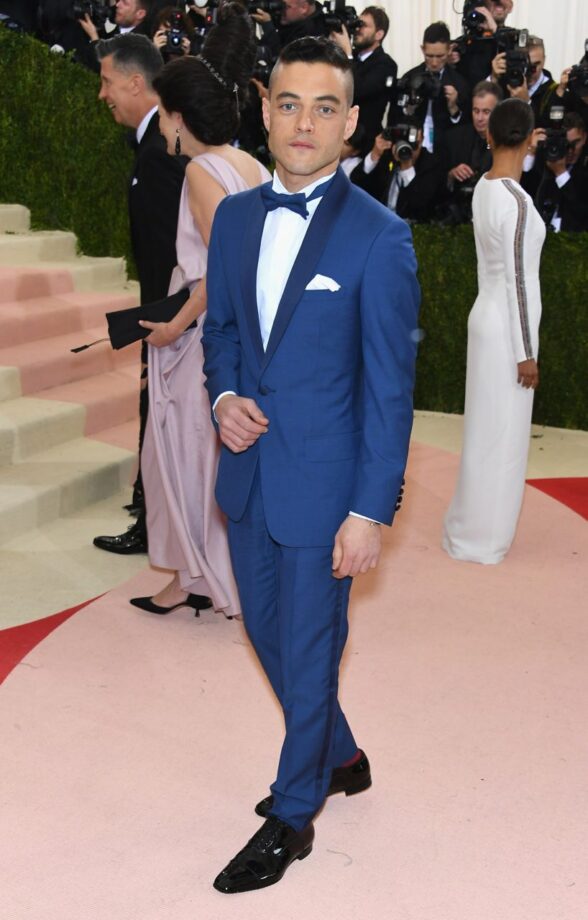 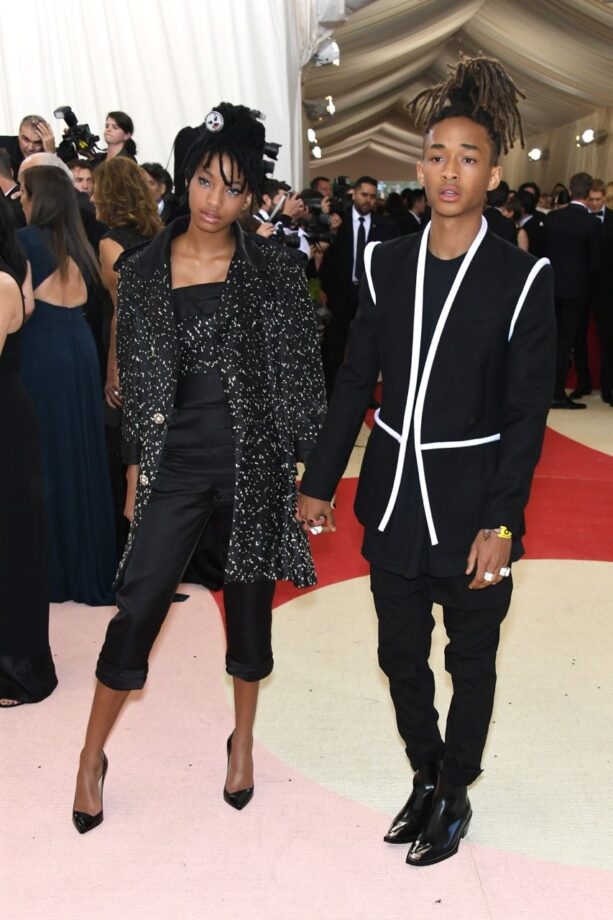 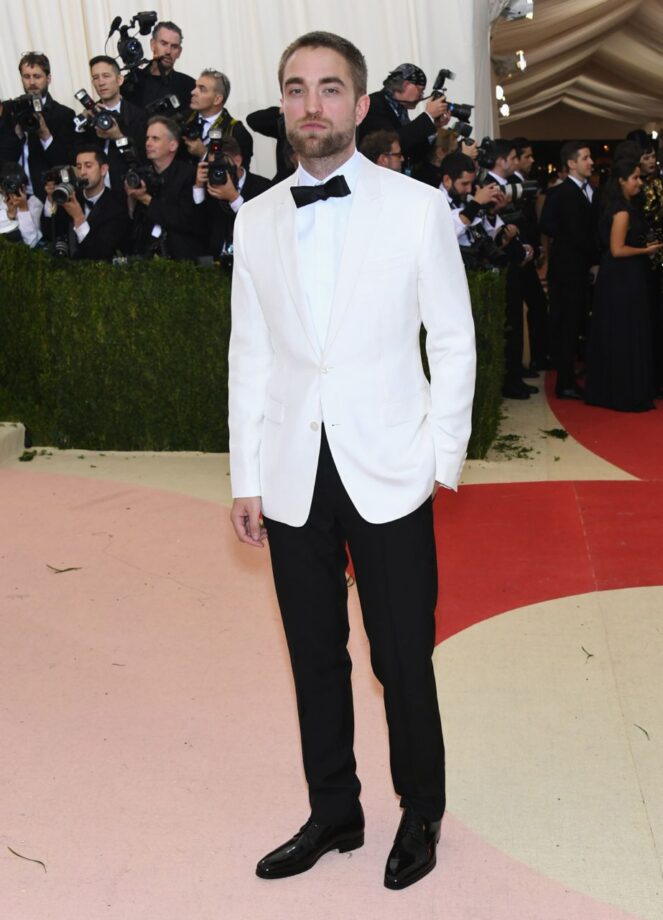 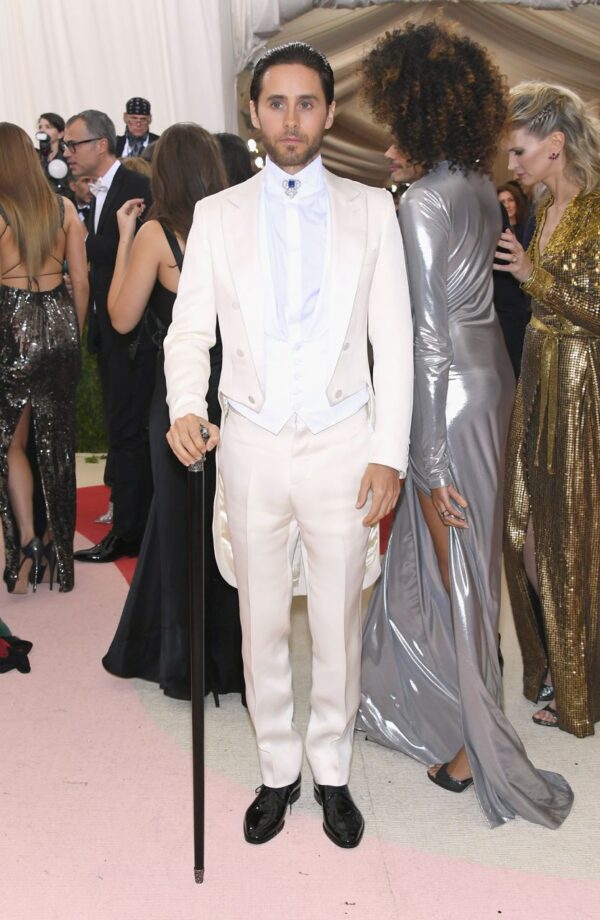 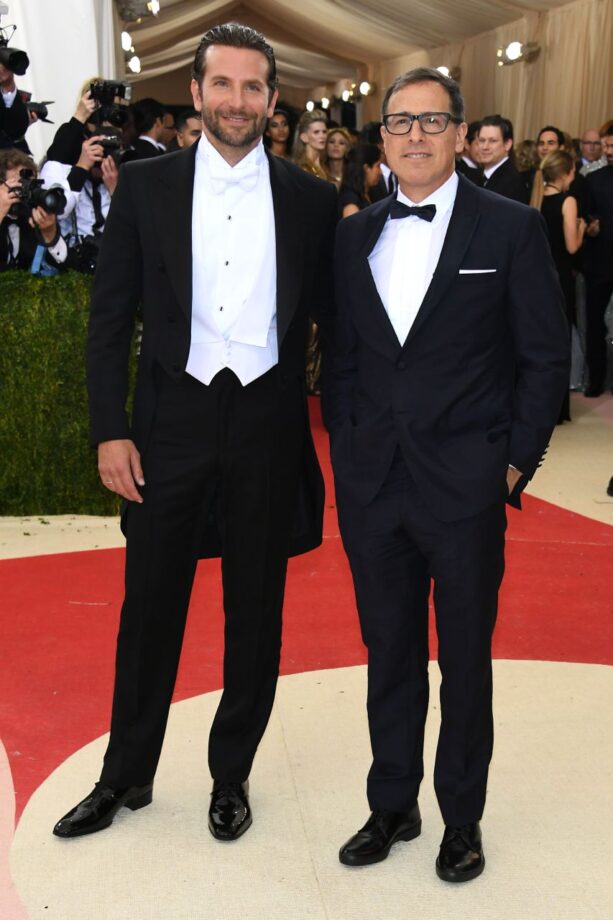 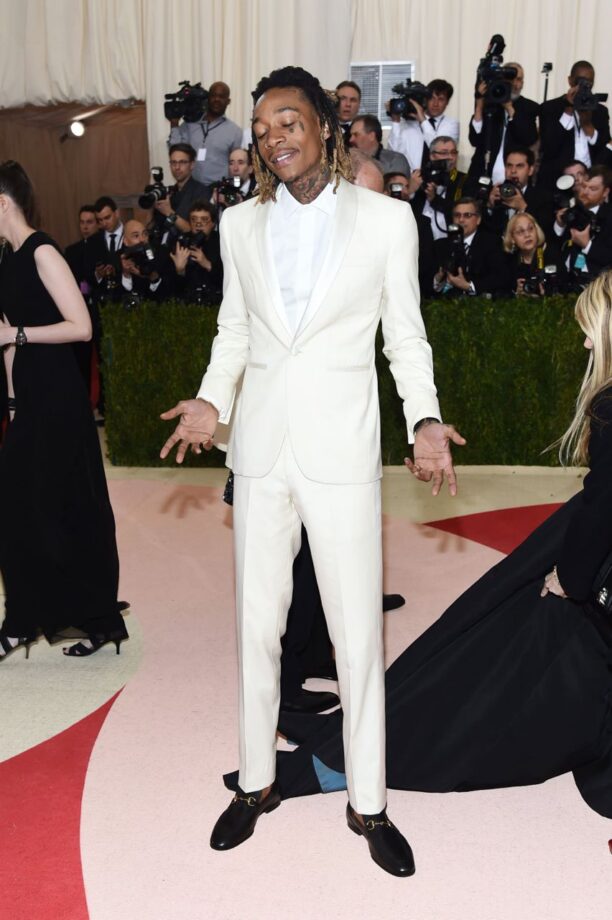 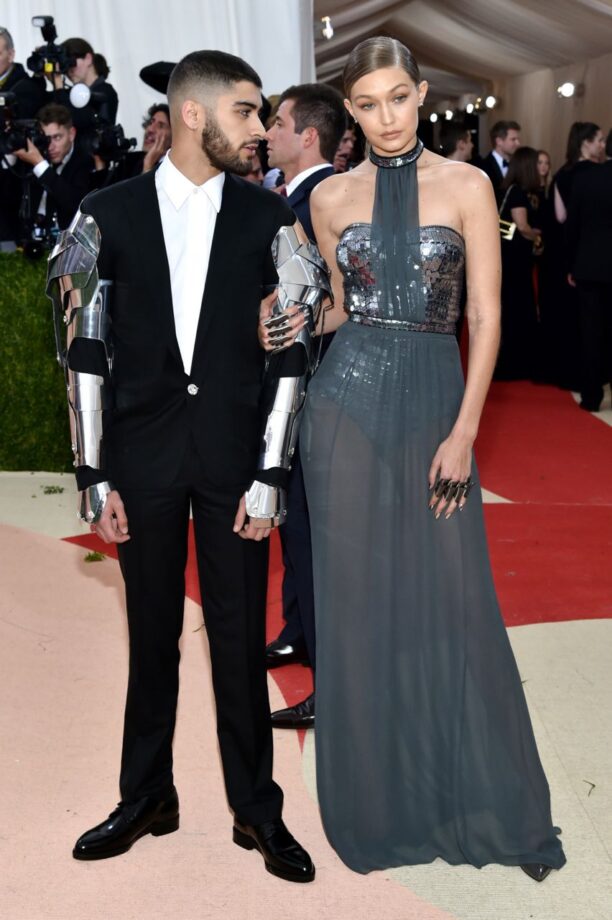