The world’s best dressed men were out in force this week as the world’s most stylish tennis tournament drew to a close.

Being the U.K, the choice in suit colour was also a no-brainer – navy in all of the slickest tones and combinations one can think of. Leading the pack was of course Mr. David Beckham who brought a bit of masculine flair to his navy ensemble with killer detailing.

Not to be left behind was Eddie Redmayne donning the Oxford grey, Jude Law waxing lyrical in a double breasted midnight blue suit alongside ex-Formula One champion Nico Rosberg who went the more conservative route with a navy and green pairing. Roger Federer also showed up to his media duties in a classic black suit which is as textbook winning as it gets.

Outside of the tennis circles Chris Hemsworth pared down his suit look for TAG Heuer, whilst Conor McGregor and Floyd Mayweather continued their world promotional tour in style. Our loudest and most daring street style player this week? NBA’s Russell Westbrook who oddly manages to pull off double denim with an important message. Not for everyone but he gets points for giving it a decent crack. 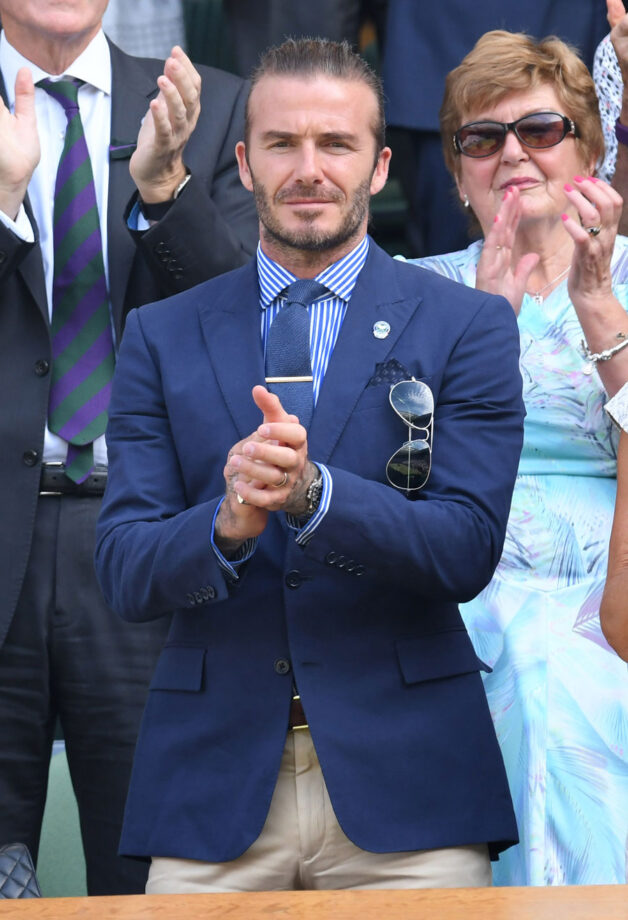 Beckham owns it again in a classic navy suit with killer detailing. 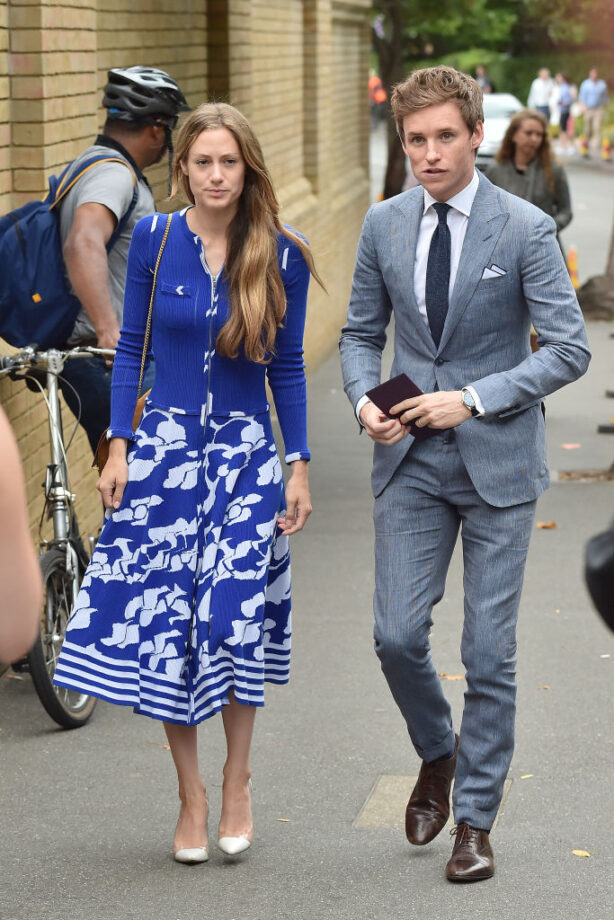 The actor continued to show the world why he's the king of British slim fit. 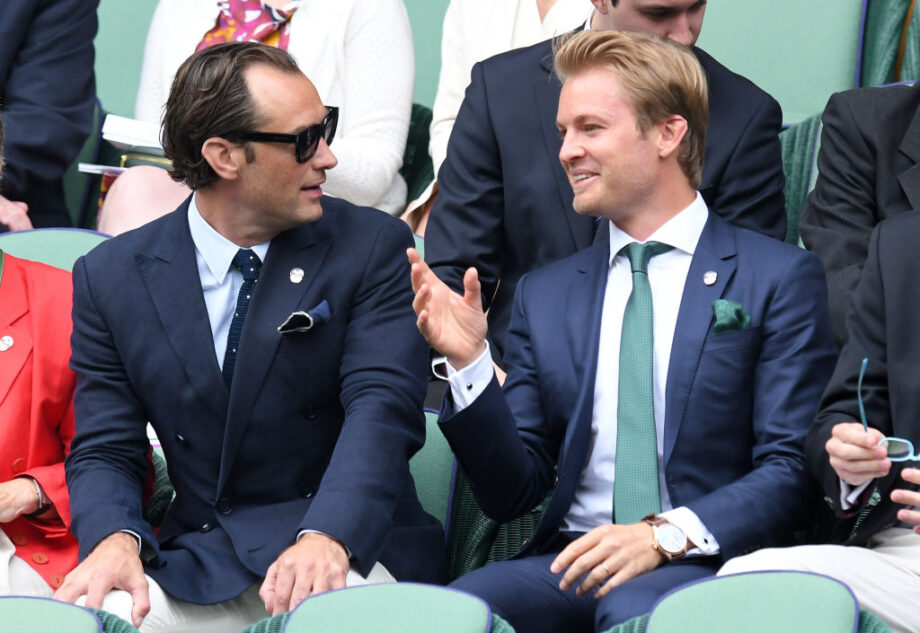 The banter was strong between these two stars of their respective game. The same went with their styles with Law opting for the double breasted whilst Rosberg went for the traditional suit. 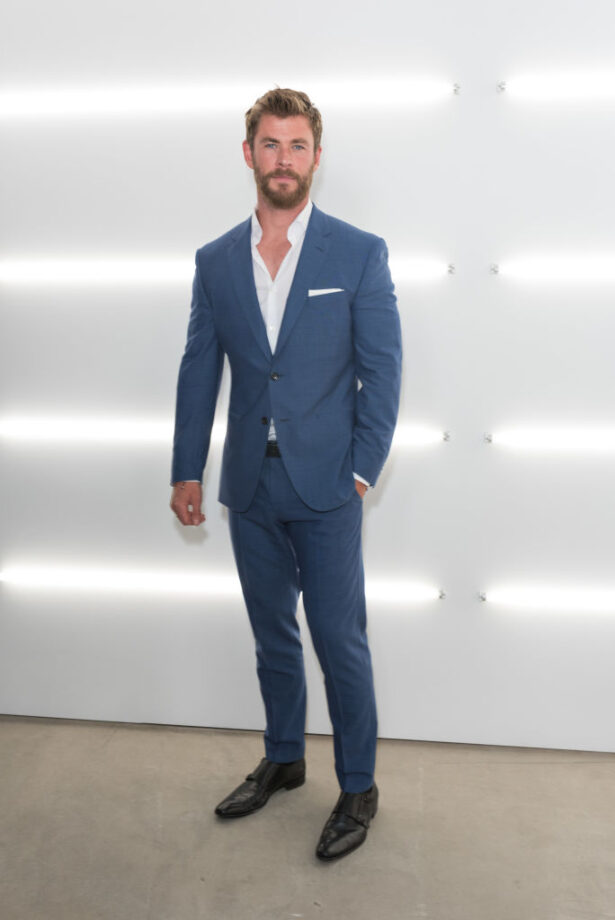 Chris Hemsworth is proving that laid back Australian style can actually be merged with suiting. 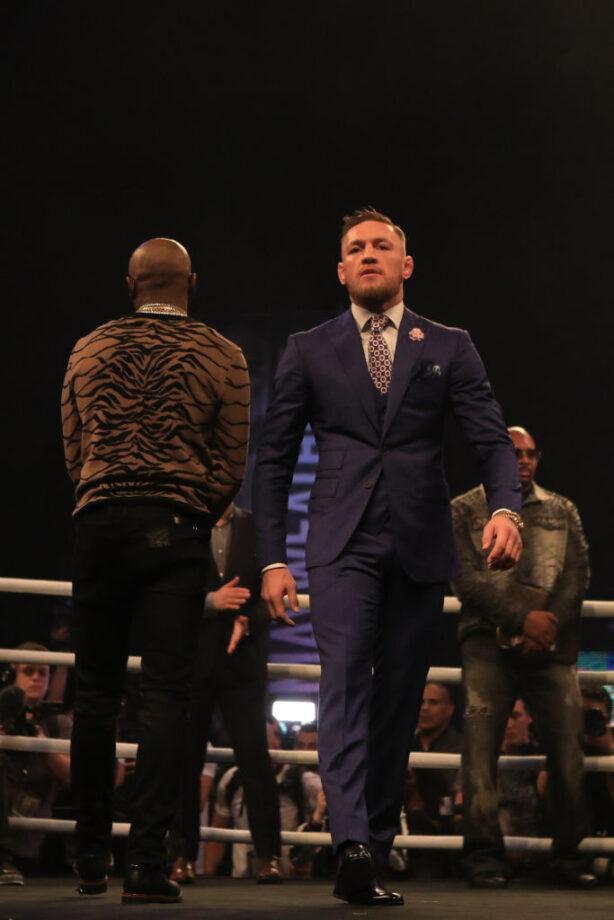 Two of the biggest talkers and entertainers in the ring once again came together to talk up their $100M fight. 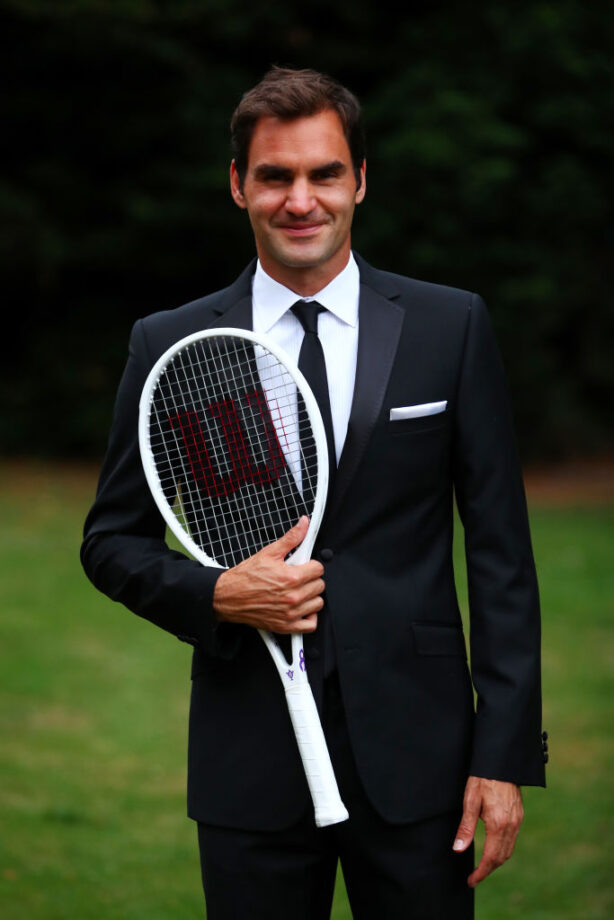 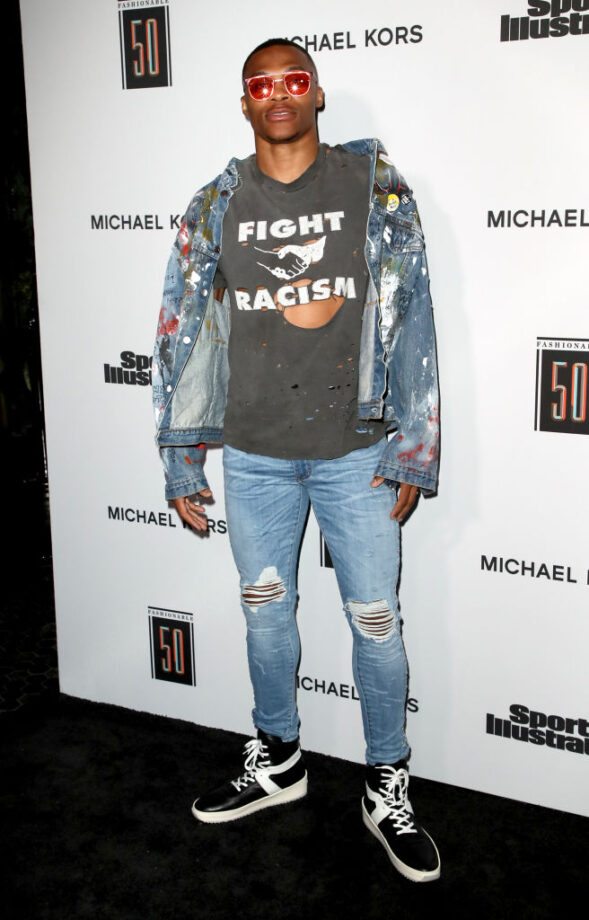 He dared to take on the double denim and shredded look for 2017 and Westbrook appears to have pulled it off without too much controversy.