The week’s selection of best dressed men are in and it’s all about dressing for the chilled out casual vibes.

The action was played out in airports, hotels and anywhere the men of style were in transit. Justin Timberlake channeled the premium-covert athleisure look with a flat cap, sunnies, electric blue chinos, Stan Smiths and an all-weather jacket for one hell of an eclectic look.

Meanwhile Drake and LeBron James were spotted at a pool party together also in their finest summer attire. Pay attention to the winning colours and textures used by this duo. Following this trend, Orlando Bloom, Oliver Cheshire, Robert Pattinson and British singer Dougie Poynter all showed off how to rock layers with an array of colours and eye-grabbing patterns.

Justin Bieber also went down the streetwear path this week with distressed jeans, salmon sneakers and a printed white tee. Simple, yet effective.

Our only man in a suit this week? Young Tom Holland on Spiderman promo duties in Japan. He rocked a double breasted number with leather boots for a very unique look. 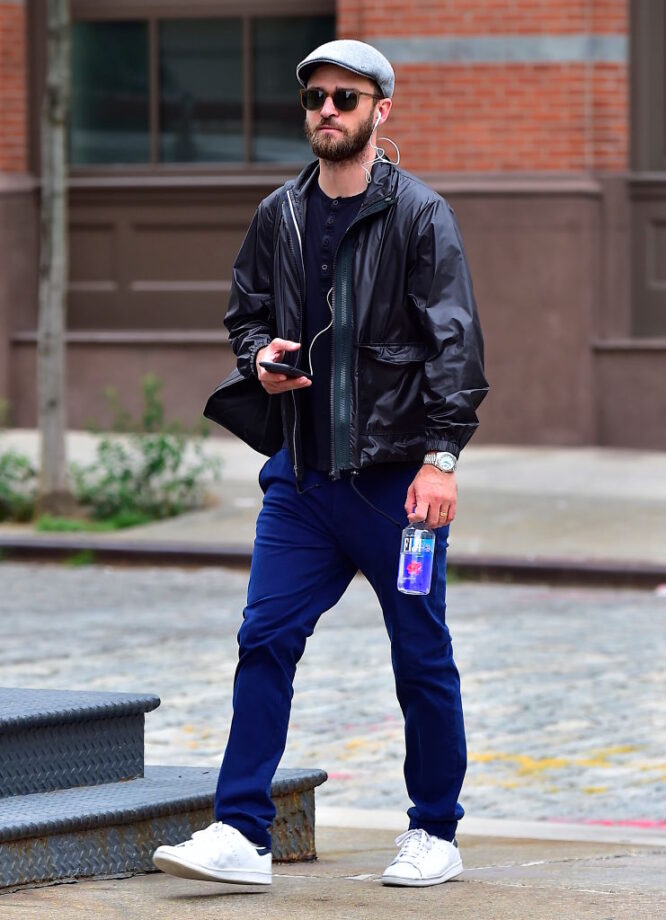 Timberlake goes for the covert cool look with a sports jacket layered over a henley shirt and paired with chinos, Stan Smiths and a flat cap. 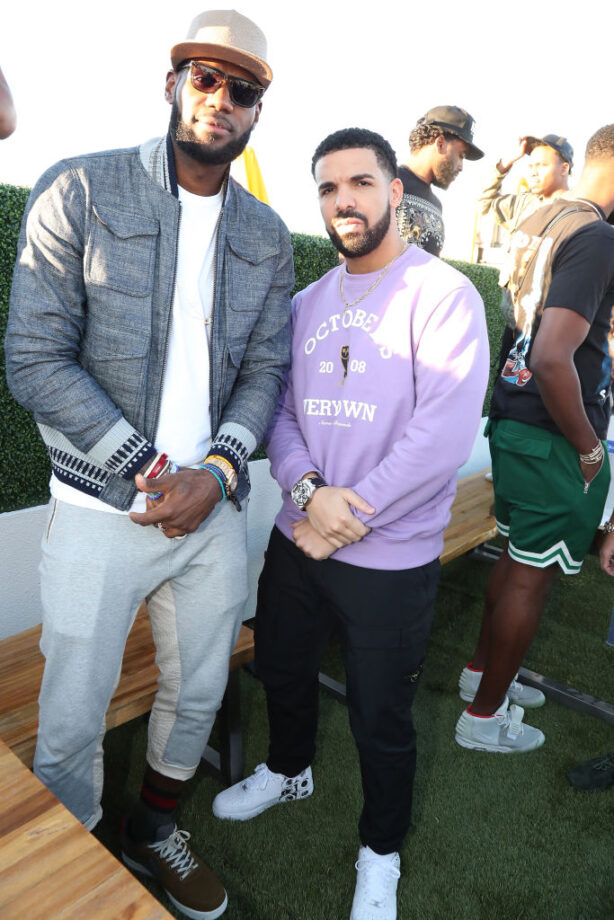 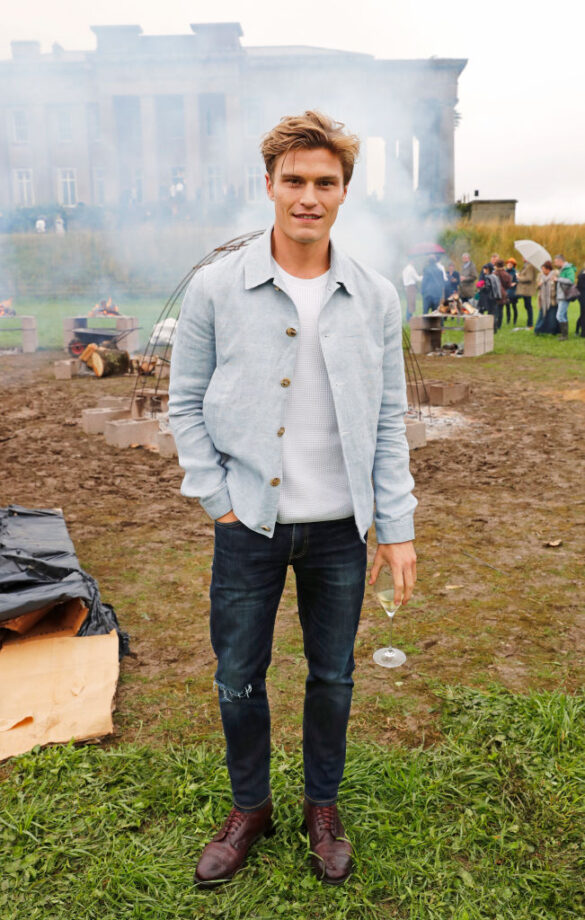 Oliver Cheshire was on festival duties so he dropped the suits for a pared back look consisting of denim and linen. 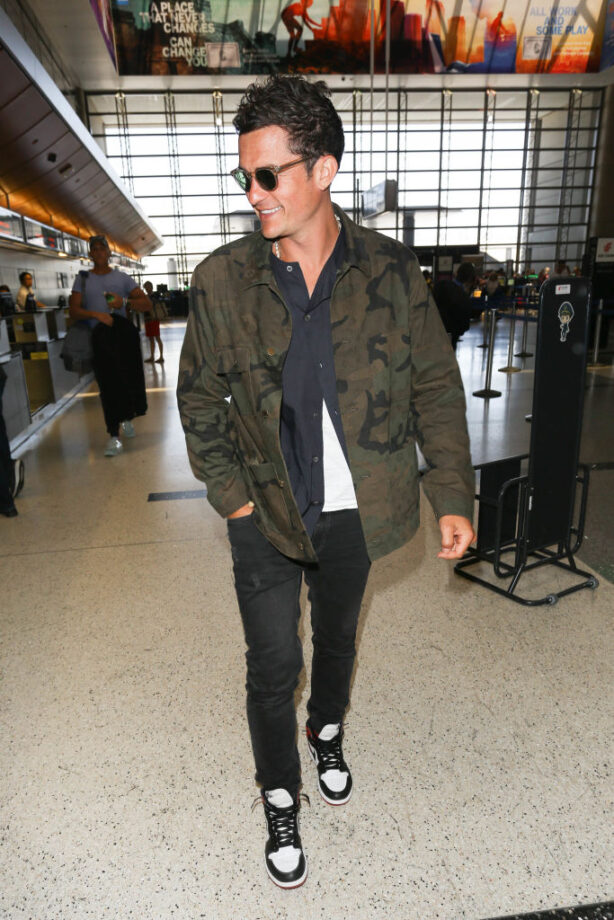 Orlando Bloom was caught in transit in layered camo, navy and white whilst a simple pair of Jordans and black denim took care of the rest. 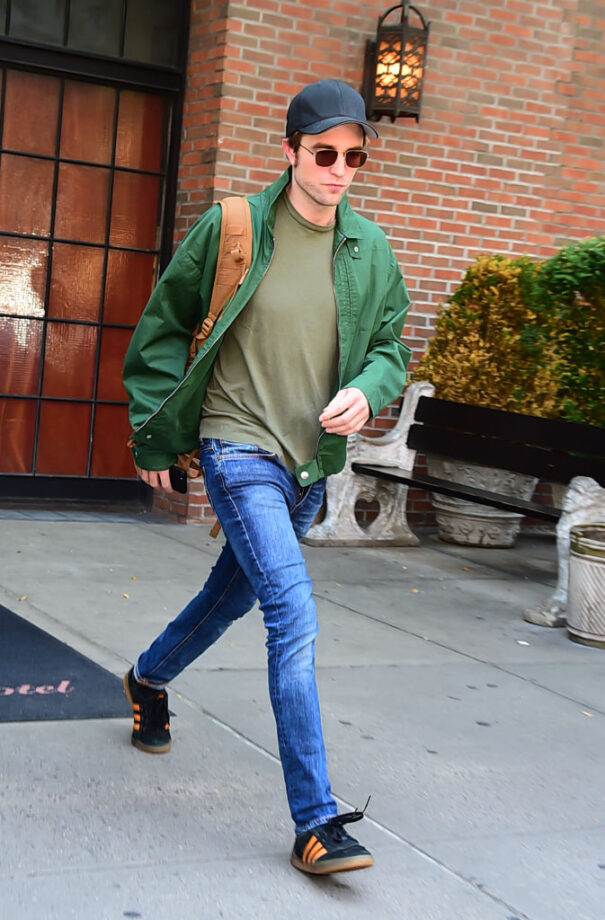 The Patz has been rather popular this week and there’s a good reason for it. Check out the colour pop and matching accents in this outfit. 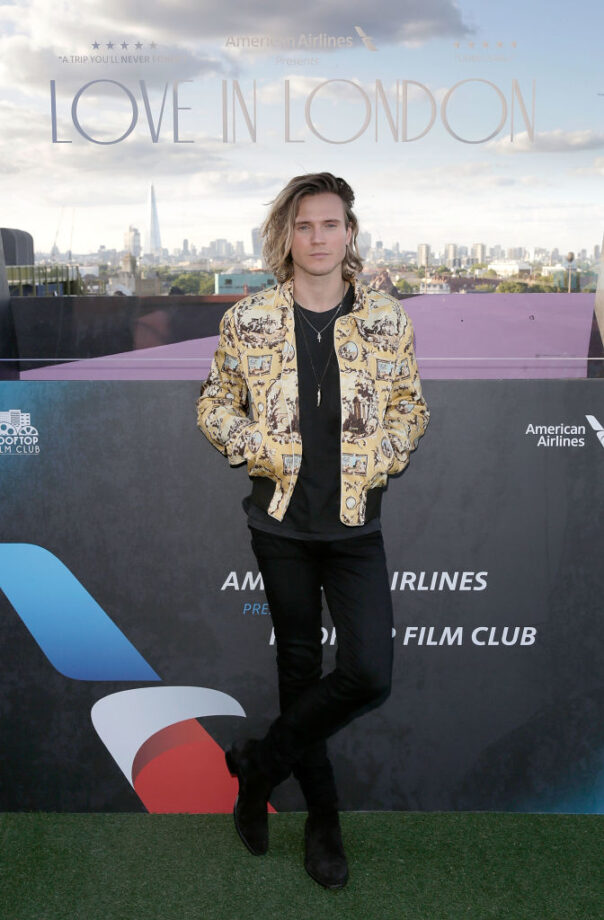 Dougie Poynter opted for the classic bomber in yellow with sweet graphics. 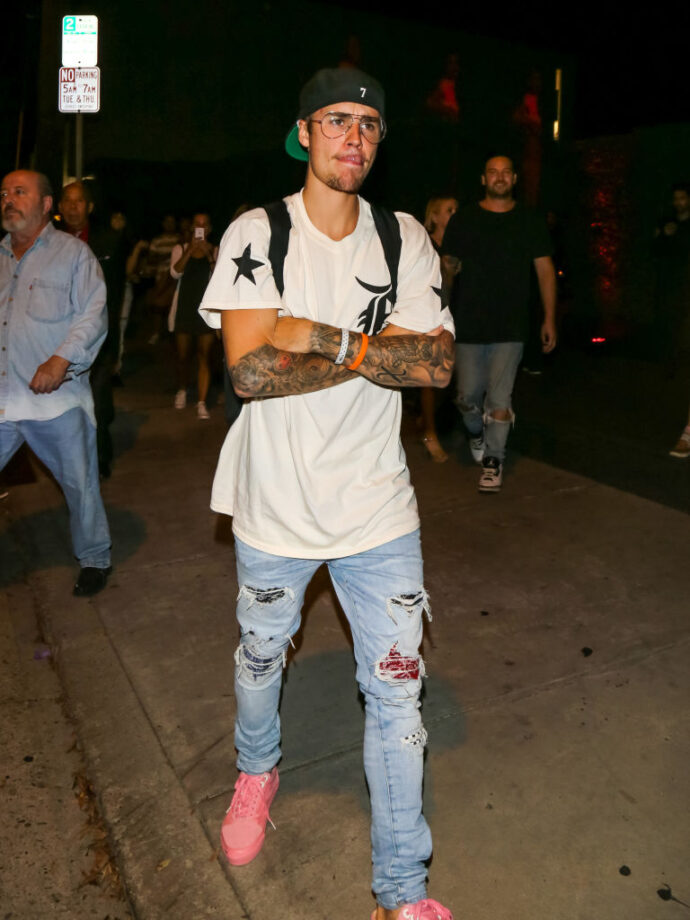 Bieber is looking more unimpressed than ever. At least his street style threads are on point.

Spidey does the double breasted suit with an edge – check out those leather boots.