The art of Japanese whisky is complex but simple in its delivery. Consistently challenging the long-reigning Scottish kings of single malt with whiskies of immense nuance and meticulous precision.

At a time where Japanese-aged whisky is all but dried up thanks to international demand, we’ve decided to take a look at the other end of the spectrum of relatively available whisky (for now) as opposed to the stuff you’ll never be able to find.

But before we get into the current list of the best Japanese whisky you need to try, a quick history lesson is in order.

For a nation of such committed whisky makers and drinkers – Japan is the world’s third-largest producer behind Scotland and the US – only around ten distilleries currently operate in the country. The industry itself is less than a century old and owes its existence to two men: Masataka Taketsuru and his original employer, Shinjiro Torii.

Torii, who started Suntory and founded Japan’s first distillery in 1923 in Yamazaki, is best described as the man who sought to give whisky its own identity.

Suntory’s staple and most well-known whisky, the Hibiki 12-Year-Old, is an exquisitely smooth blend of a number of Suntory’s malts and a grain whisky to meld everything together. A perfectly balanced whisky built for the Japanese palate (and a favourite cocktail base of bartenders).

The Rise Of Nikka Whisky

Torii’s apprentice Masataka Taketsuru, who would found the other giant of Japanese distilling Nikka, sought to embody in his whiskies the austerity and traditions of Scotland, a land which gave him both his education (he was the first Japanese person to study whisky scientifically) and his wife.

On their return to Japan, the newly married Mr and Mrs Taketsuru established a still on Hokkaido island, in Japan’s far-north, seeking to replicate the conditions and traditions of the finest Scotch.

Nikka’s Yoichi 15-year-old single malt is an embodiment of this vision. An austere and rigorous drop, with a flinty peat characteristic that arrives seemingly from nowhere and evolves into a long, salty, spicy finish. Such is the pursuit of purity in its production, the Yoichi stills are still coal-fired; a technique barely practised in even the oldest of the Scottish stills.

Taketsuru also found the pure air and high humidity of the Scottish highlands on the eastern coast on the main island of Honshu, where he established his Miyagikyo still. The Miyagikyo 12-Year-Old Single Malt uses steam to heat the stills instead of coal and is finished in Bourbon barrels, giving it a lighter, more floral nose, with dried fruits and a nutty Sherry finish. Hard to find but worth seeking out.

Why Is Japanese Whisky Expensive?

We asked Jason Ang of Sydney’s Tokyo Bird to explain the basic economics of whisky.

“The better the whisky the more expensive it is because it’s simply harder to find,” he says.

“It’s purely supply and demand. So the way I would justify it [price] is to look at the whole package. If you’re going out for whisky, ask if you’re getting the service that the whisky deserves. Is the environment and atmosphere there to enjoy the whisky as it’s supposed to be?”

These days countless Japanese whiskies have reached collector’s status, fetching well over $300,000 for a single bottle in some extreme cases. We’re all for coveted expressions but we’re also glad to know that not every whisky lover out there has a quarter of a million to drop on liquid gold. That’s why we went straight to the experts in whisky to find out what the best ones are to buy and try right now.

The general perception amongst whisky pundits is that there aren’t as many reasonably priced whisky these days due to their current state of hype and low supplies. Those looking for coveted age statement Japanese whiskies will either be disappointed with its astronomical price tag or general availability.

According to Jason Ang who runs three of Sydney’s most popular Japanese bars – Tokyo Bird, Bancho and Osaka Trading Co., look close enough and you shall find the (relatively) affordable and readily available. 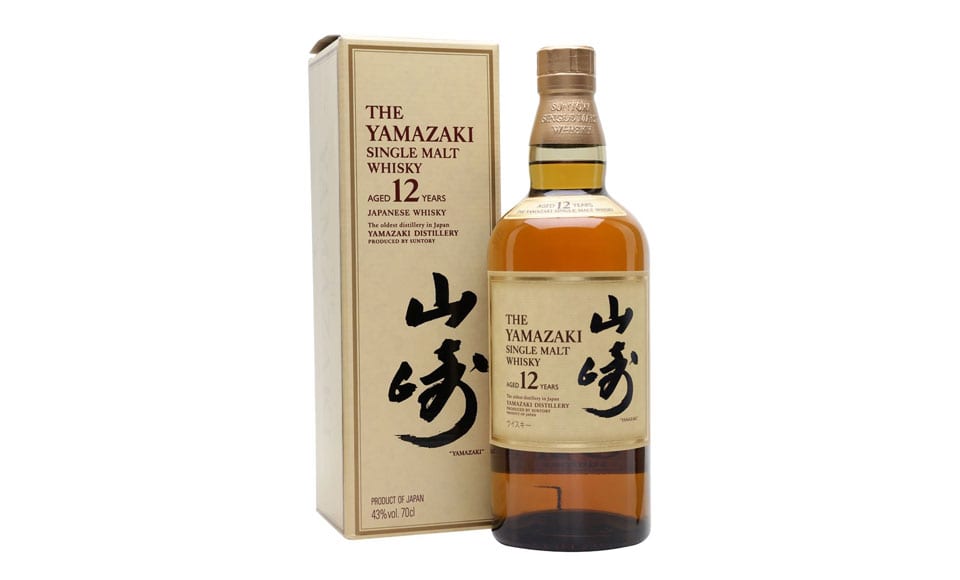 You can’t argue with an icon and that’s why this one sits at the top of Ang’s list of best Japanese whiskies. “Someone looking for the most iconic Japanese whisky to ever leave Japan needs to try the Yamazaki 12,” he says. “It’s what started the onslaught of recognition and it’s the bottle that put whisky on the map.”

Those on the hunt for a bottle can expect smooth honey oak notes with a gentle smoke to accompany a spicy aroma. 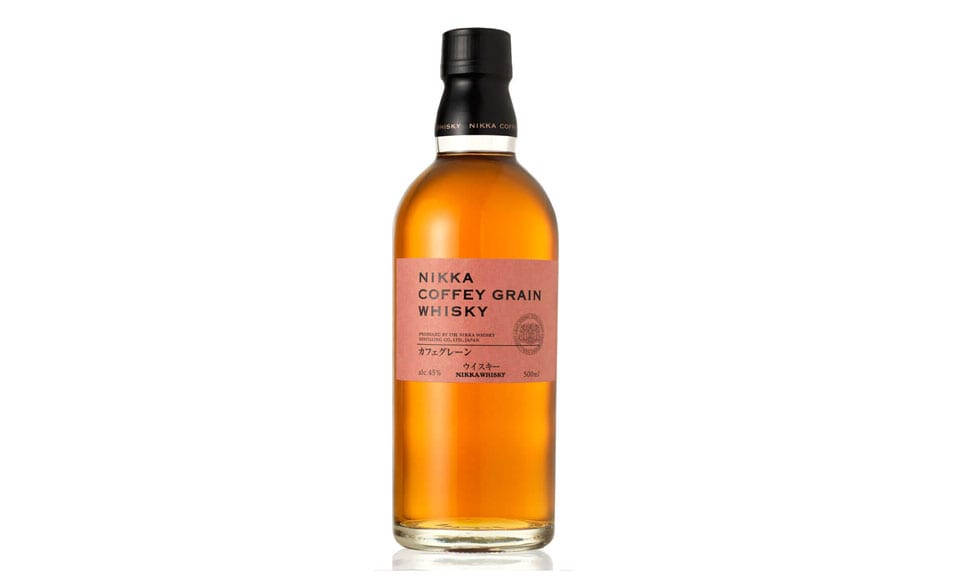 Ang says that Nikka’s whiskies are easy to recognise thanks to their distinctly minimalist bottle design. It’s also a single grain winner that you can try right now that’s been distilled in special coffey stills which provides an immense depth and flavour to the final product. 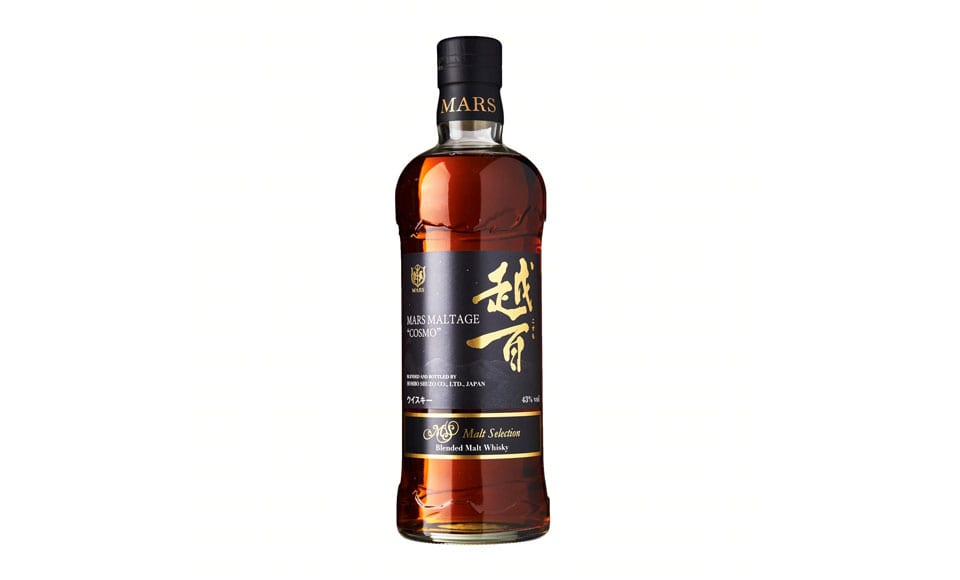 Hailing from Nagano prefecture, the Mars Maltage Cosmo is a blended whisky that’s been aged in bourbon, sherry and American White Oak new casks. The ‘Cosmo’ part is named after a mountain in the Japan Central Alps close to the Mars Whisky Distillery. 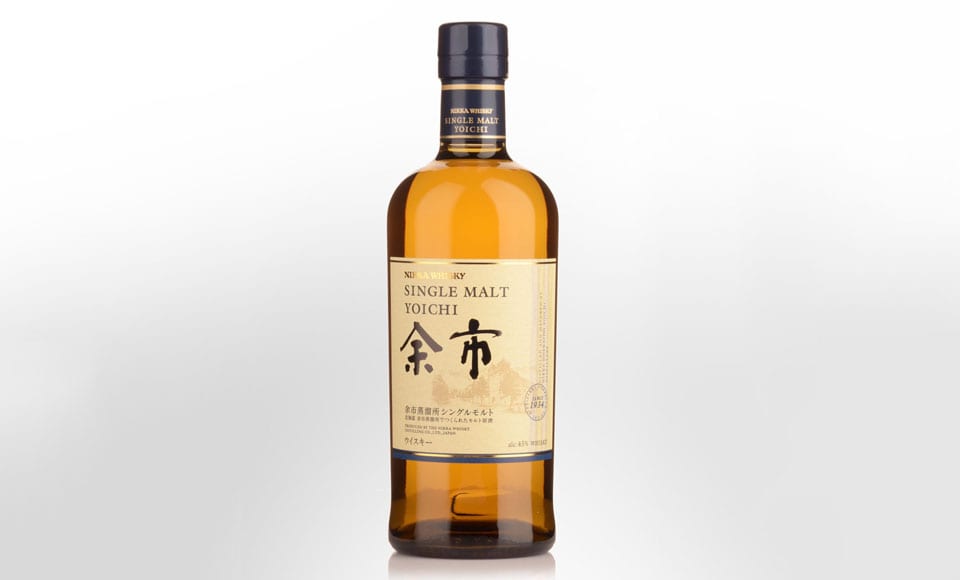 If you’re a fan of a very light smokey peat, then this is the whisky for you says Ang. Yoichi’s No Age Statement (NAS) bottles come after the dwindling supplies of Japanese age statement whiskies. That’s not to say this one is no good. Expect malty scents of nougat to candied almond to malted milk balls to milk chocolate to maple. 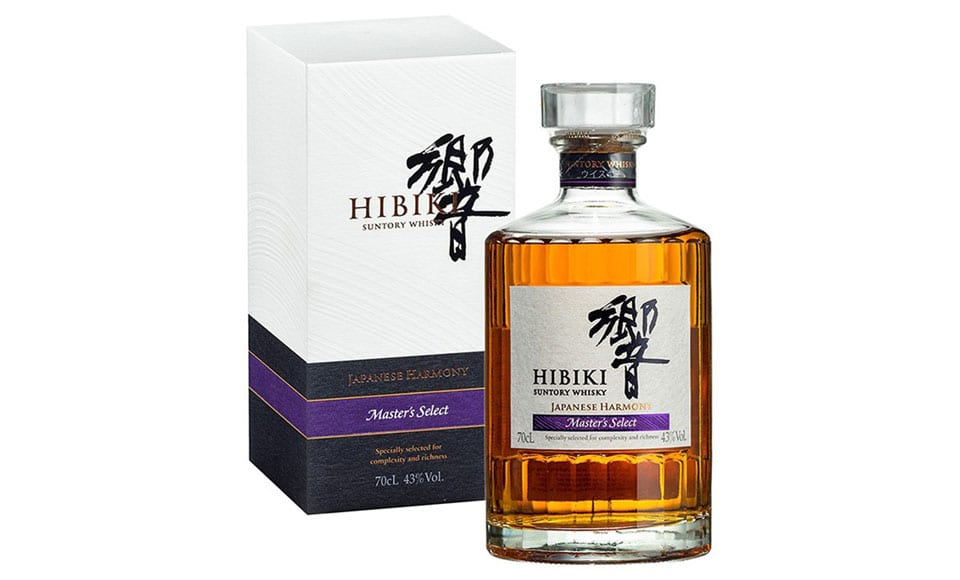 Joining the NAS crop of Japanese whiskies is the Suntory’s Hibiki Master Select that’s been finished in sherry cask. It’s an expression that’s more exclusive than the standard Harmony bottling, and the first Hibiki created for the global duty free market. The blend itself consists of more than ten malt and grain whiskies which are aged in five different types of casks from the Yamazaki, Hakushu and Chita distilleries. 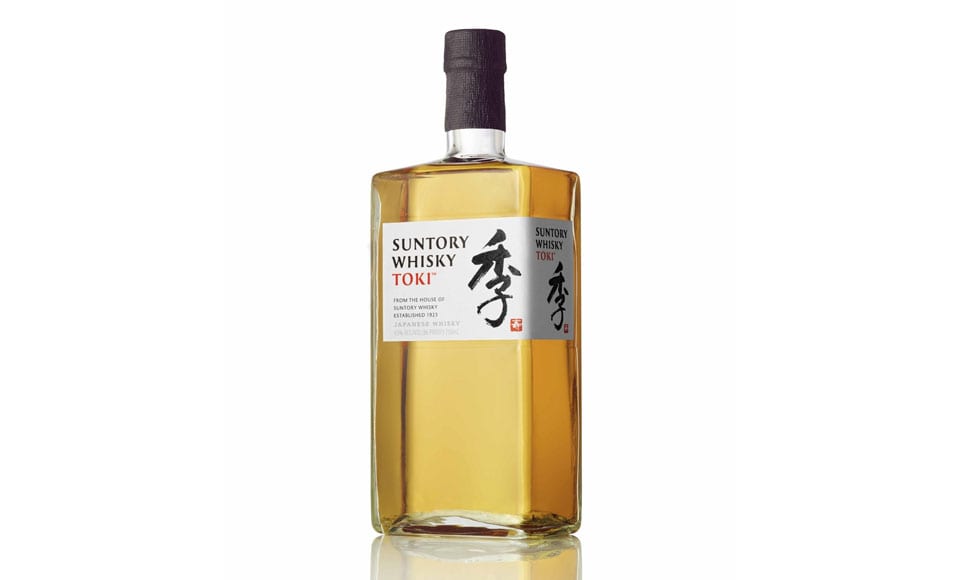 Ang says the latest offering from Suntory is a blend of Chita, Hakushu and Yamazaki American oak and Yamazaki Spanish malt. It’s also readily available and one of the most affordable options in the list. 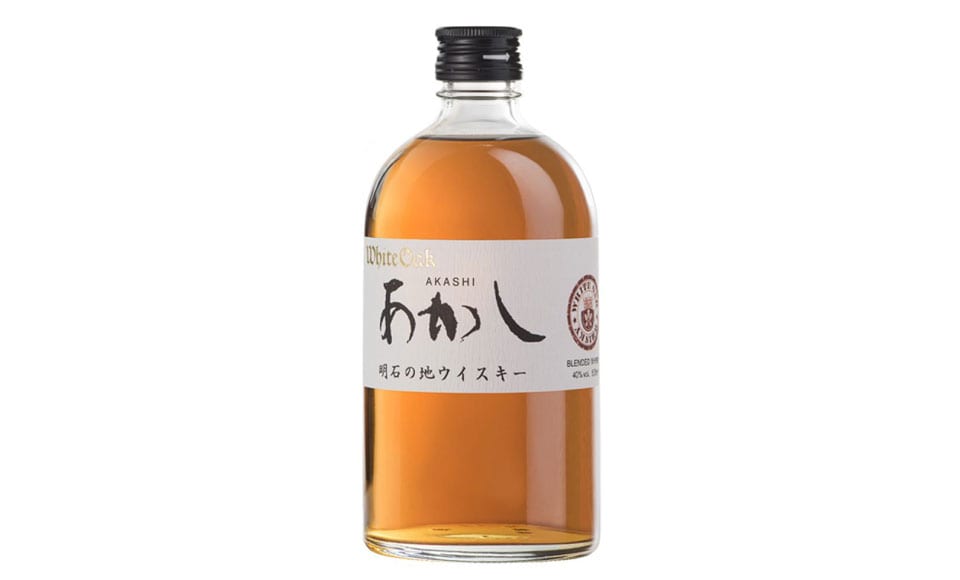 Another NAS single malt worth trying comes from Japan’s White Oak Distillery. The oak is the most prominent feature but it does settle down if you let it sit for a while. Limited to 4,500 bottles, it’s a blend of 7-year-old, 5-year-old and 4-year-old malts from 3 types of cask. 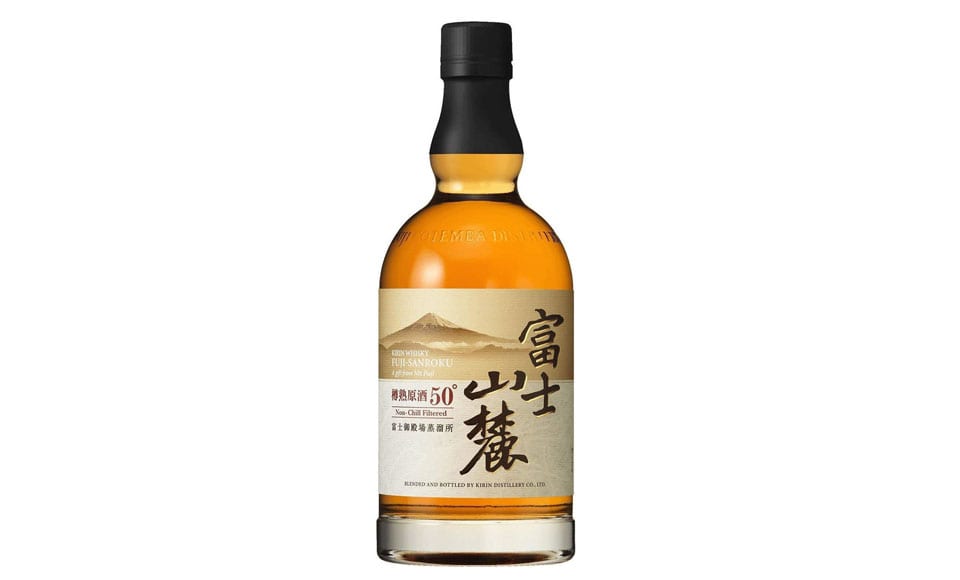 As we’ve seen with many Japanese whiskies, it’s a limited affair and the Kirin Whisky Fuji Sanroku is no different. The water used in this bottle comes from the pristine streams of Mount Fuji. The primary water at Fuji Gotemba distillery is taken from three underground bores that tap into underground streams 100 metres deep. Studies have revealed that the water used today in the bottles fell on the mountain as snow 50 years ago.

That’s how long it takes for the water to filter through the mountain’s lava. Get this one while it lasts. 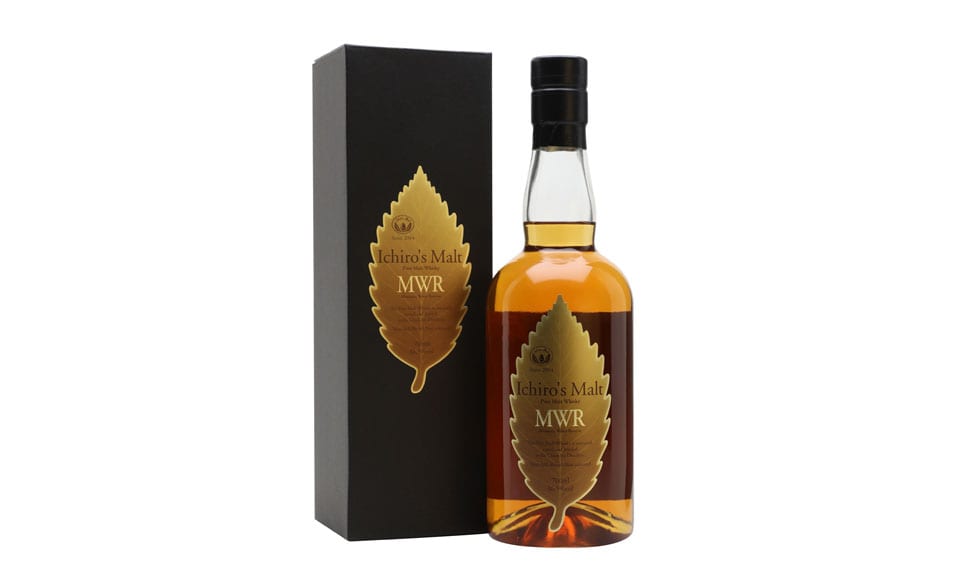 Matured in Japanese Mizunara oak casks, this expression from Japan presents notes of sandalwood and oriental incense. Some like it and some don’t but most who have tried it agree that it’s not easily forgotten. 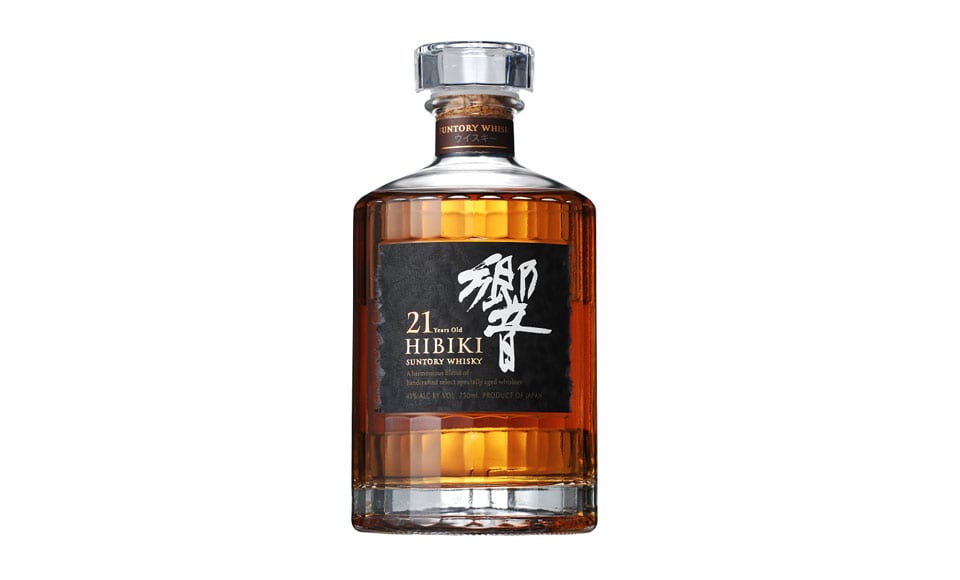 “If you can find it, you can savour it,” says Ang. “It’s one of the most awarded Japanese Hibikis to date and has a demand to match”. And did we mention price tag? Not exactly affordable but deserving as some bottles can still be found kicking around. Think of this one as an investment if you must.

Shop at drizly.com
Watch This Next
53006
load more